Businesses come and go, but for many years now, not much has changed at Aidan’s — and for the regulars, many of whom were not born when the iconic Irish pub first opened its doors, … 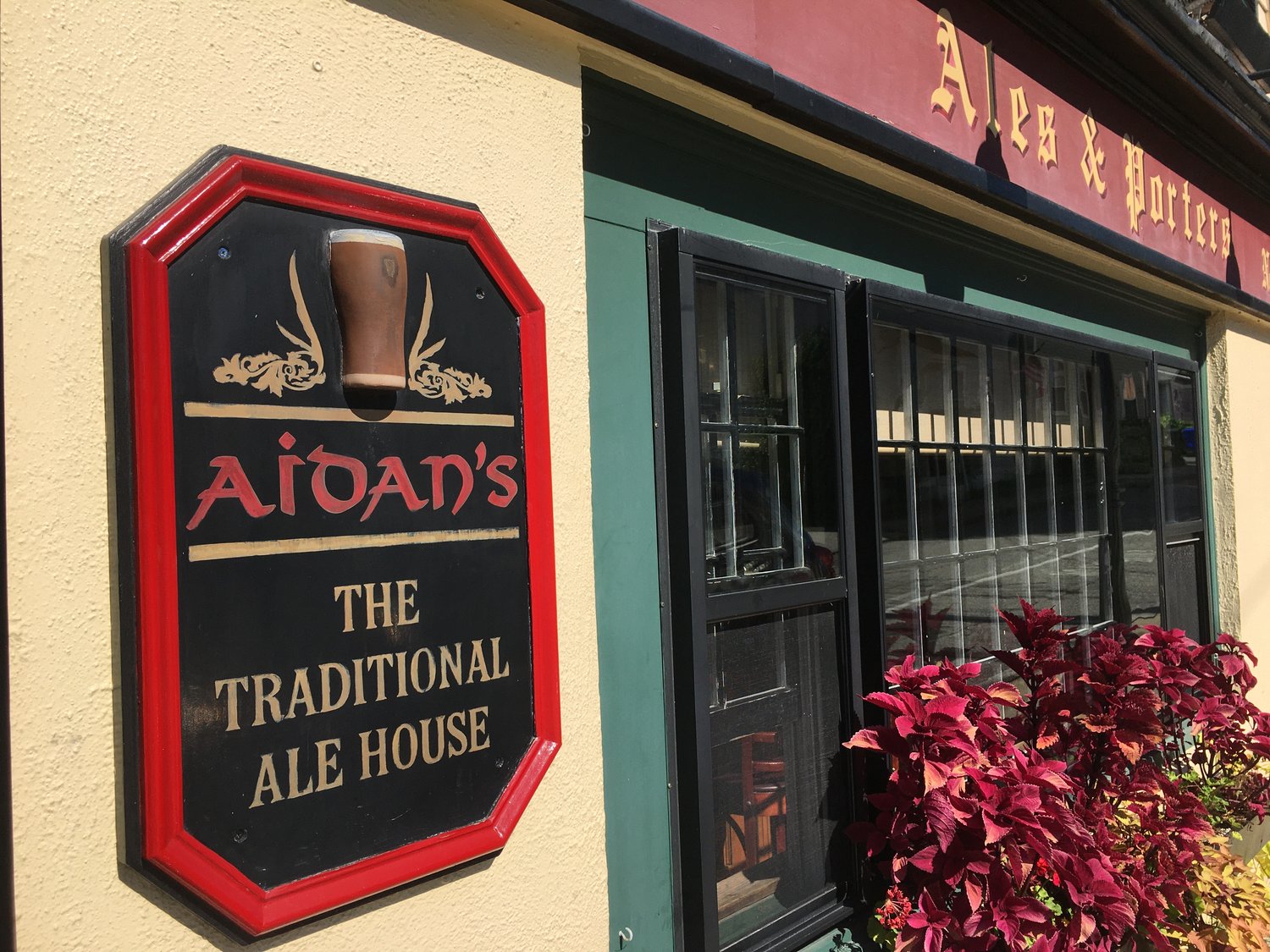 The new owners don't plan to change much about beloved Aidan's Pub, but they are planning big changes for next-door Gillary's on Thames Street in downtown Bristol.
Posted Wednesday, October 6, 2021 6:00 pm
By Christy Nadalin

Businesses come and go, but for many years now, not much has changed at Aidan’s — and for the regulars, many of whom were not born when the iconic Irish pub first opened its doors, that’s been a good thing. As of late October, Aidan’s and the bar formerly known as Gillary’s will have new owners, and some things will change — but not to worry, Aidan’s isn’t one of them.

“Our goal with Aidan’s is to preserve that legacy,” said Zack King, one of three partners in the acquisition. “Longtime fans won’t see a lot of change there.”

They do plan to make some improvements to the physical structure and capture more of the outdoor dining space. They hope to retain Aidan’s staff as well as expand the employee base.

In addition to King, an entrepreneur with a successful career in the healthcare technology industry, the partners include Jeff Quinlan and Andrew Tuchler. Quinlan is a restaurant developer behind several popular food and beverage establishments, including Milk Money, Huck’s Filling Station, and the Thirsty Beaver Pub & Grub. Tuchler is a hospitality executive with more than 30 years in the industry who recently led a group of investors in founding the Aquidneck Club, a country club and sporting estate located on the site of the former Carnegie Abbey in Portsmouth.

It was at the Aquidneck Club that the three men met and became friends — Tuchler is the current club president, while King and Quinlan are members; through golfing together and discovering their shared love of good food, they decided to go into business together. As a longtime Bristol resident (King) and former RWU student (Quinlan), the friends were aware that Aidan Graham was exploring the possibility of selling, and according to King, they first approached him about a year ago. “He wasn’t quite ready then,” said King. “But about six months later he decided he might be ready.”

While Aidan’s won’t be changing much, the property formerly known as Gillary’s, which was sold along with Aidan’s, will be changing dramatically. Closed since the loss of its liquor license about two years ago, the friends are planning to create a higher-end restaurant featuring local seafood; a chop house with a raw bar and creative cocktail menu.

“Gillary’s space is pretty incredible, when you peel back the longtime ‘dive’ bar feel,” said King. “We are working with a great design firm and will be bringing our preliminary designs before the HDC soon.” They plan to finalize plans in the next two to three months, begin work after the holidays, and hope to open at the end of next summer.

Their next step will be appearing before the Bristol Town Council at the next meeting on Oct. 20, for a public hearing on their request to transfer the two existing class BV licenses to the new ownership group.

They plan to seamlessly take over operation of Aidan’s at the end of the month. “We hope Aidan will still spend lots of time here,” said King. “He will always have a seat, and an open tab.”