Art or no, Bristol says window signs have to go

That the calligraphy in the windows of the building at 205 Thames St. was visually appealing was never really in question; virtually everyone at the Monday night Bristol Zoning Board of Review …

Art or no, Bristol says window signs have to go 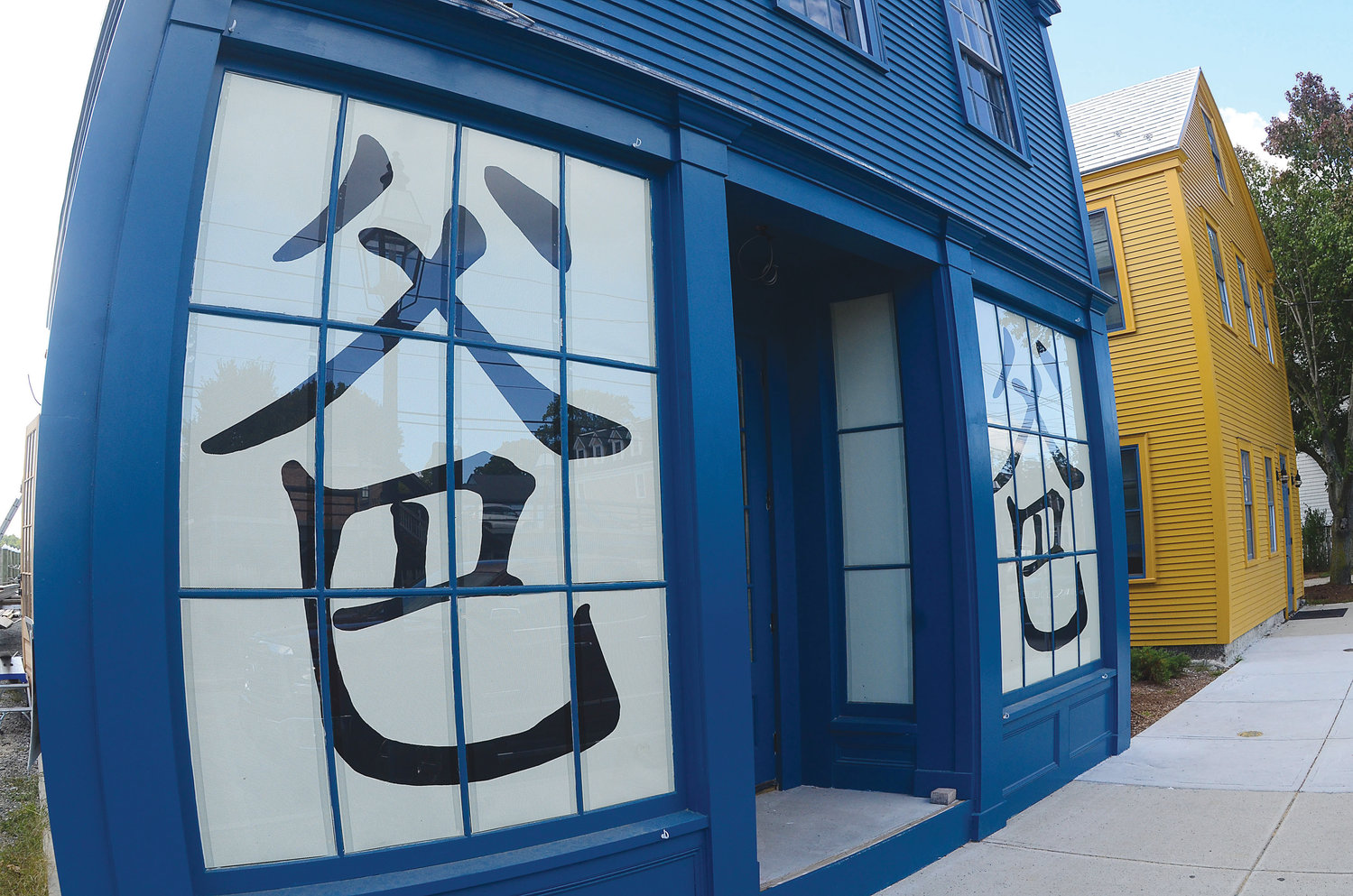 That the calligraphy in the windows of the building at 205 Thames St. was visually appealing was never really in question; virtually everyone at the Monday night Bristol Zoning Board of Review hearing who took the opportunity to comment on it — including the attorney representing the town — said they liked it. But the hearing was not to determine if the calligraphy was art, or if people liked it. The hearing was to determine if the calligraphy was a sign, and as such, subject to Bristol’s zoning law regarding signs.

With a 4 to 1 vote, with only Chairman Joseph Asciola dissenting, the board agreed that the calligraphy fit the definition of a sign per the existing town building code, which permits signs that cover no more than 10 percent of a building’s window. As the calligraphy is superimposed over a white background, window coverage is nearly 100 percent.

In a letter to building lessee Marianne Bergenholtz dated Sept. 16, Zoning Enforcement Officer Ed Tanner outlined the letter of the existing law, writing, “I have determined the the graphics do meet the definition of a sign found in section 28-1 of the Bristol Zoning Ordinance. Specifically, these graphics consist of lettering and logos which are visible to the public from the outside of the building along Thames Street, and they convey a message to the public and intend to advertise, invite, announce or draw attention to directly or indirectly, a use conducted, goods, products, services or facilities available within the building at 205 Thames St.”

By that definition, artwork on windows — of any kind — is a “sign” according to the town’s municipal code.

After nearly 45 minutes of testimony, during which Ms. Bergenholtz called local artist Bradley Wester to testify about calligraphy as an art form, Mr. Tanner testified regarding how the town’s existing code defines a sign.

“There’s a specific section in the ordinance that I have to look at in order to determine if something is a sign or not,” he said. “It’s just a couple of sentences, and it says that a sign is any display of lettering, logos, colors, lights, or illuminated neon tubes visible to the public from outside of a building or traveled way, which either conveys a message to the public or intends to advertise, direct, invite, announce, or draw attention to, directly or indirectly, the use conducted, the goods, products, services or facilities available, either on the lot or on any other premises, excluding window displays and merchandise. That is the definition of a sign.”

“I believe that the graphics on the windows at 205 Thames St. are signs,” said Mr. Tanner. “It’s my interpretation of the zoning ordinance; that’s my job as the Zoning Enforcement Officer … and I determined that those were in fact window signs.”

“They are absolutely allowed, but they may not cover more than 10 percent of the glass … they are dimensionally too large,” Mr. Tanner continued.

Questioned about the permitting process, Mr. Tanner clarified that the letters, less the background, would have likely covered roughly 10 percent of the surface of the windows, allowable by code, and thus been permitted, but that process was not followed.

“There was no sign permit applied for,” said Mr. Tanner. “The signs just appeared and that’s what started the discussion.”

Referring to the application Ms. Bergenholtz submitted to the Historic District Commission, Mr. Tanner noted that the application was for signage and lighting. “These window displays are clearly shown in the images,” said Mr. Tanner. “And it says ‘window display graphics, Chinese calligraphy characters means BaBa’ in quotes. So the name of the restaurant is Baba Sushi, the Chinese lettering on their own exhibit says BaBa, I had no choice but to say that meets the definition of a sign.”

“I’m very pleased at the work the Bergenholtzes have put into this property, and I’m very pleased to see what’s become of them,” said attorney Mark Hadden, representing the town in this dispute. “But that’s not really the issue … the issue here is these two sets of vinyl that’s applied to the inside of the windows. And guess what? I do think it’s art. But I don’t think that matters, if it’s art, I think that’s a red herring, because you can have art that’s a sign. It’s not something that’s an either/or … something can be both art and a sign.”

“I leave it to you to decide,” said Ms. Bergenholtz, addressing the board. “And if the town wants to make an ordinance limiting artwork in windows, I think that they should do it.”

The majority of the board ultimately agreed with Mr. Hadden. Donald Kern spoke first, saying, “I don’t have enough evidence to overturn” Mr. Tanner’s determination. “I think the purpose of the sign ordinance is to control coverage of the windows. I think we are here today because the owners did not want to seek a variance. They have taken a position and are sticking with it, but there are other alternatives.”

“I’ll give you my opinion, which agrees with both of you, to a point,” said Derek Tipton. “I think it’s art, I didn’t think it was a sign per se, but the initial application said that the calligraphy means Baba, so that makes it a sign, even if 90 percent of people can’t read it.”

“I agree with Mr. Tanner’s definition of a sign,” said David Simoes.

“It is trying to draw your attention,” said Mr. Kern. “I believe this is a sign to draw people into the restaurant.”

Charlie Burke made a motion to affirm the decision of the zoning enforcement officer, denying Ms. Bergenholtz’s appeal, with members Simoes, Kern and Tipton agreeing, and Chairman Asciola opposing.