Nestled into a tightly packed neighborhood of Newport is a sparkling, single-family home that was once home to horses, relics and memories of the Gilded Age in the City by the Sea. 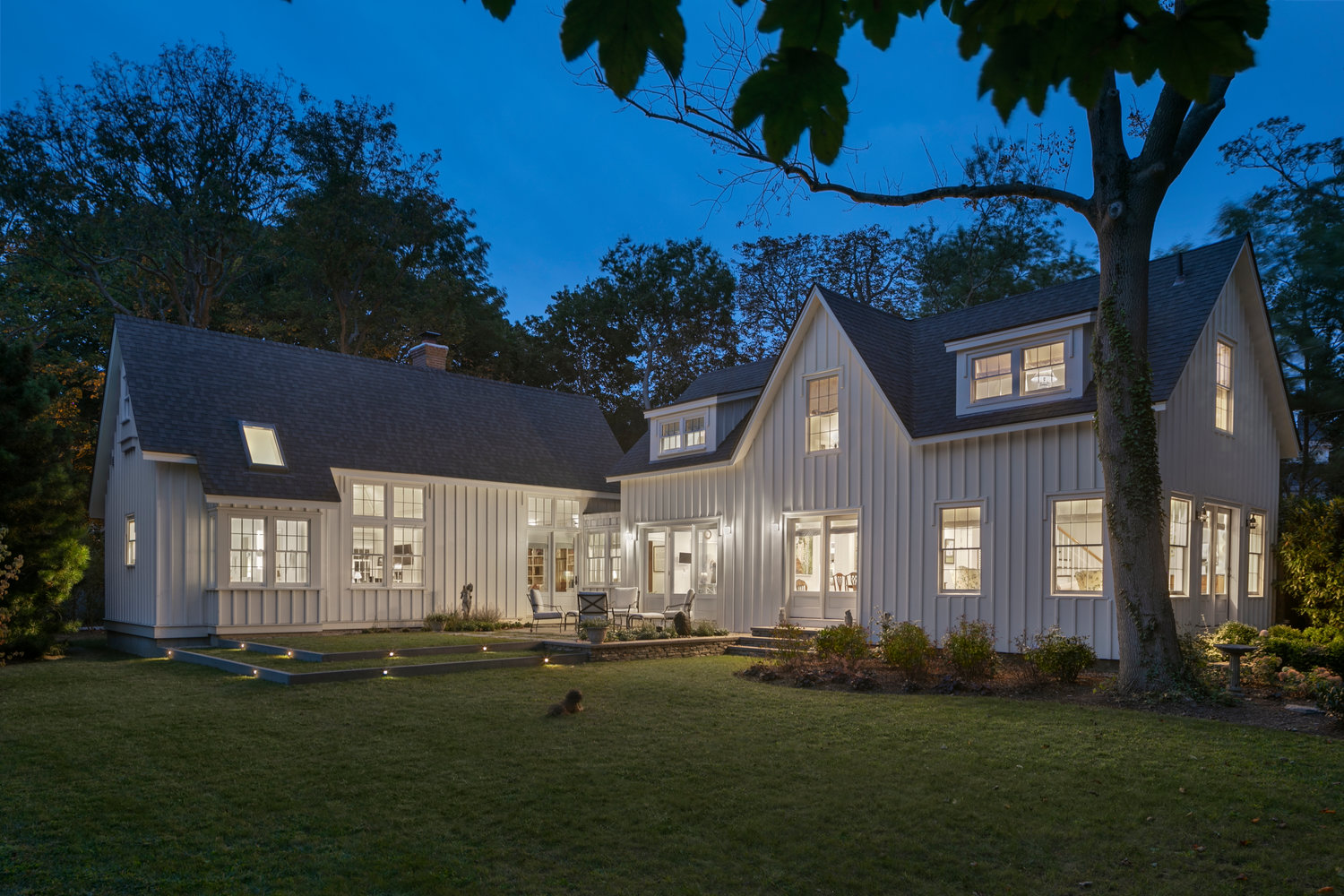 This renovated Newport property consists of an historic barn from the 1850s (right), connected to a new wing (left) that allowed an older couple to sell their grand main residence, subdivide their lot and retire to the cozy barn out back.
ANTHONY CRISAFULLI 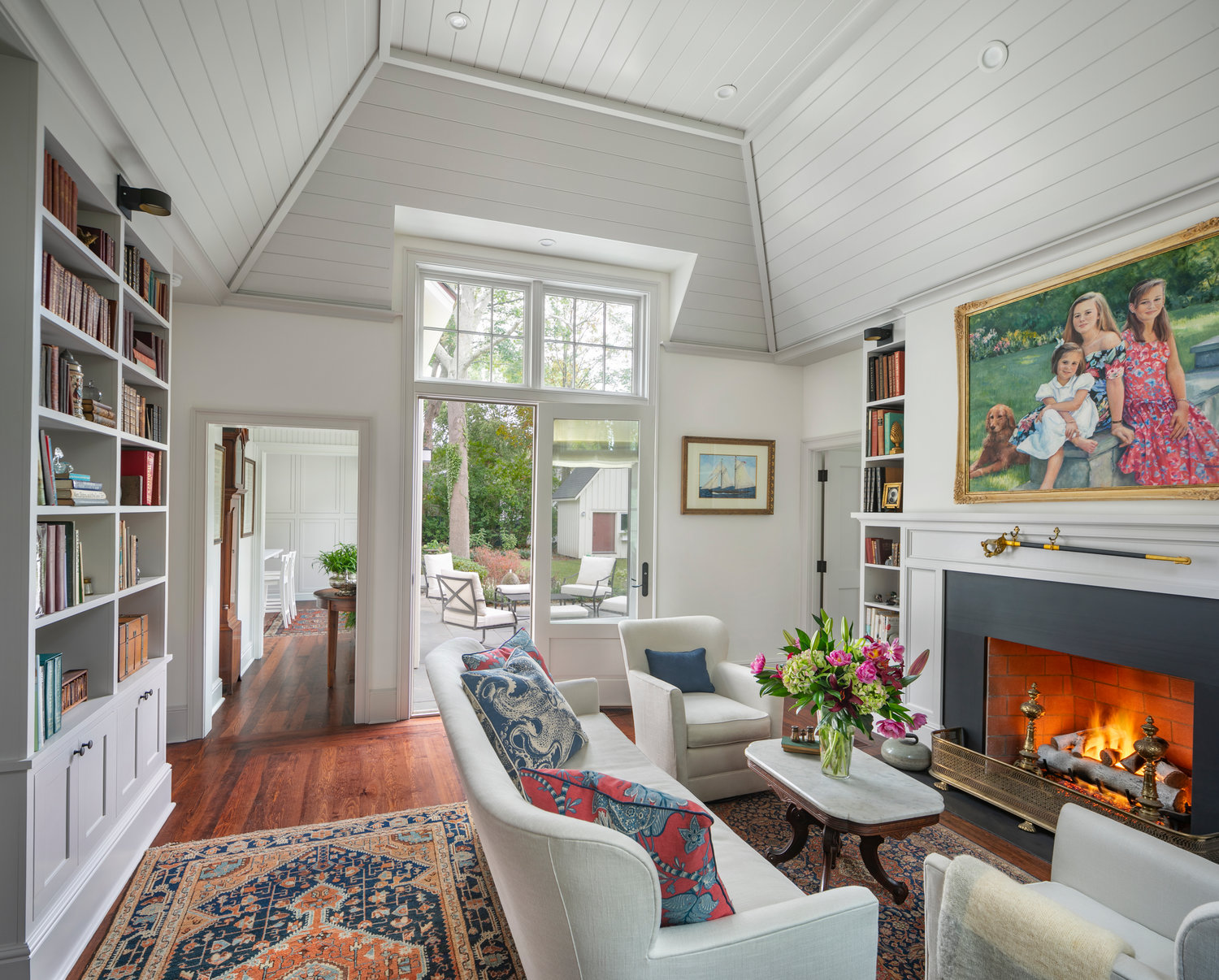 The newly constructed living room/library connects to the owners’ first-floor master suite and opens to the outdoor patio.
ANTHONY CRISAFULLI

Shown here are the patio, terraced landscaping and the new “writer’s shed,” a quiet nook with a rolling door repurposed from the original 1850s barn.
ANTHONY CRISAFULLI 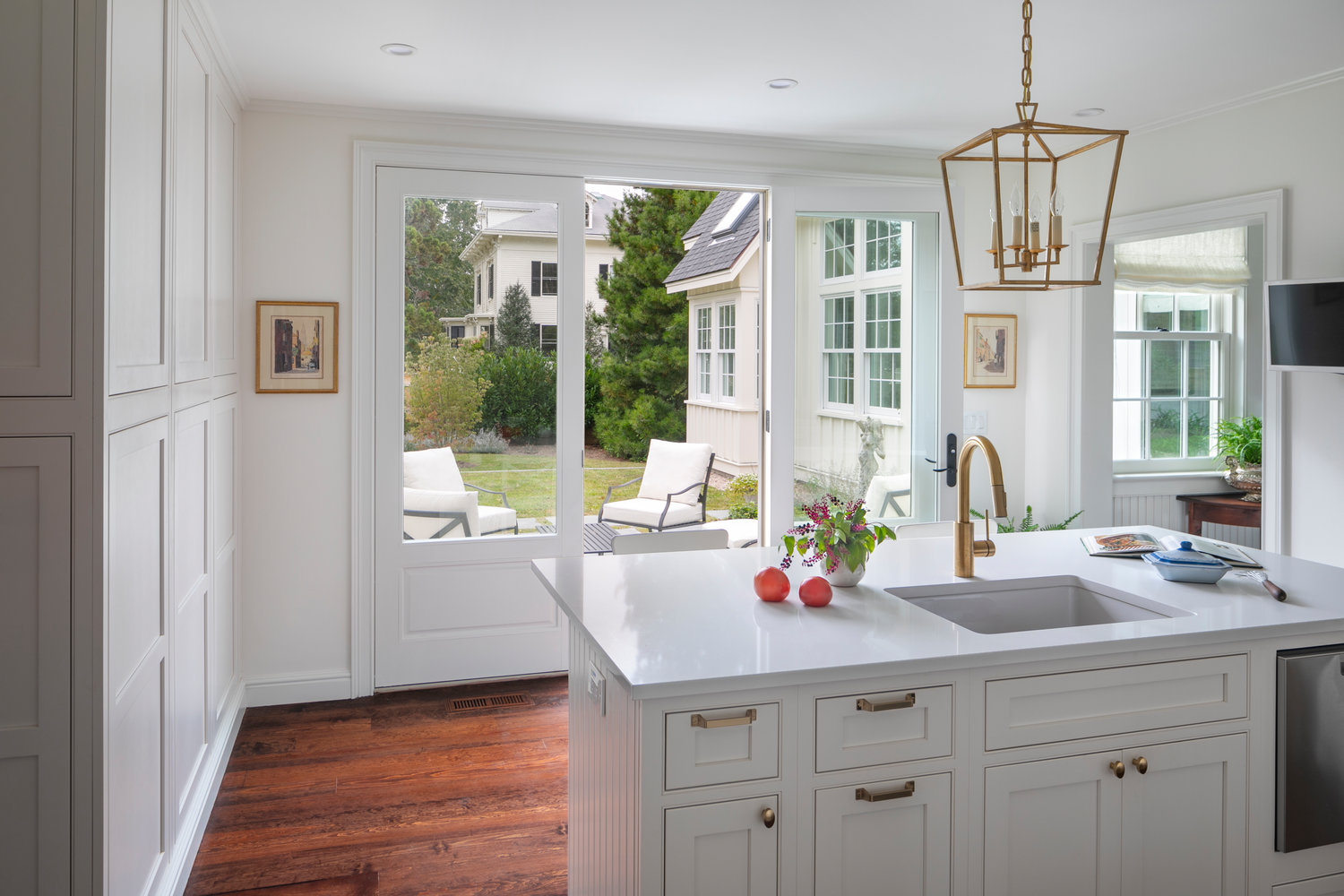 The new kitchen, open to the south and lots of natural light, walks out to a patio at the center of the newly designed property.
ANTHONY CRISAFULLI
Previous Next
Posted Friday, April 22, 2022 12:00 pm
By Scott Pickering

Nestled into a tightly packed neighborhood of Newport is a sparkling, single-family home that was once home to horses, relics and memories of the Gilded Age in the City by the Sea.

The building has undergone two major renovations in the past 10 years. The first converted it from an 1850s barn into a cute, little guest cottage at the rear of a much larger property. The second renovation, finished just recently, turned the guest cottage into a year-round residence for the owners, who subdivided their lot and sold their grand, historic home fronting one of Newport’s famed streets, so they could retire to the cozy, modern home out back.

Architect Gale Goff, of Little Compton, worked on both phases of the renovation, first turning the barn into a cottage, and then the cottage into a home. The first renovation won a prestigious Doris Duke Award for Historic Preservation, a noteworthy distinction in Newport.

Goff said the original property gave them much to work with. Unlike the traditional Colonial-style barns of the region, this barn was built in grand fashion, with a steep roof and multiple peaks, consistent with a Gothic style of architecture. The barn, which was essentially a storage garage when they began the project, also gave from within.

“We were able to re-use a lot of what we found there,” Goff said. “There was a lot of stuff being stored up in the loft. We found doors with intact hardware. We found marble sinks. And we incorporated as much as we could into the renovations.”

The first renovation created a small cottage, with two bedrooms and one main room plus a kitchen on the first floor. The latest renovation, about 10 years later, expanded the footprint and the living space considerably. A new wing created an L-shaped structure, with a first-level master suite plus living room/library, which connects to a completely new kitchen and separate living space.

The renovated second level of the original barn is now home to three bedrooms and two bathrooms. So the finished product is four bedrooms, plus three-and-a-half bathrooms, in a space once reserved for horses and farming equipment.

They also salvaged an area of the original barn and created a separate, freestanding “writer’s shed,” a little hideaway with a desk for quiet moments outside the main home.