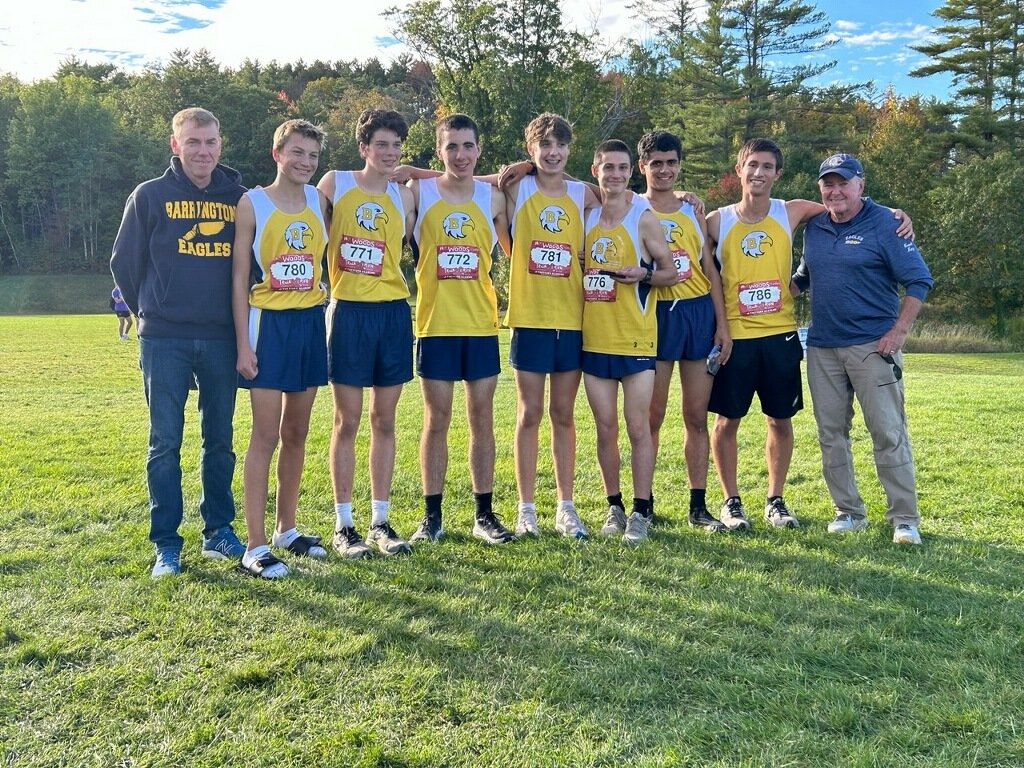 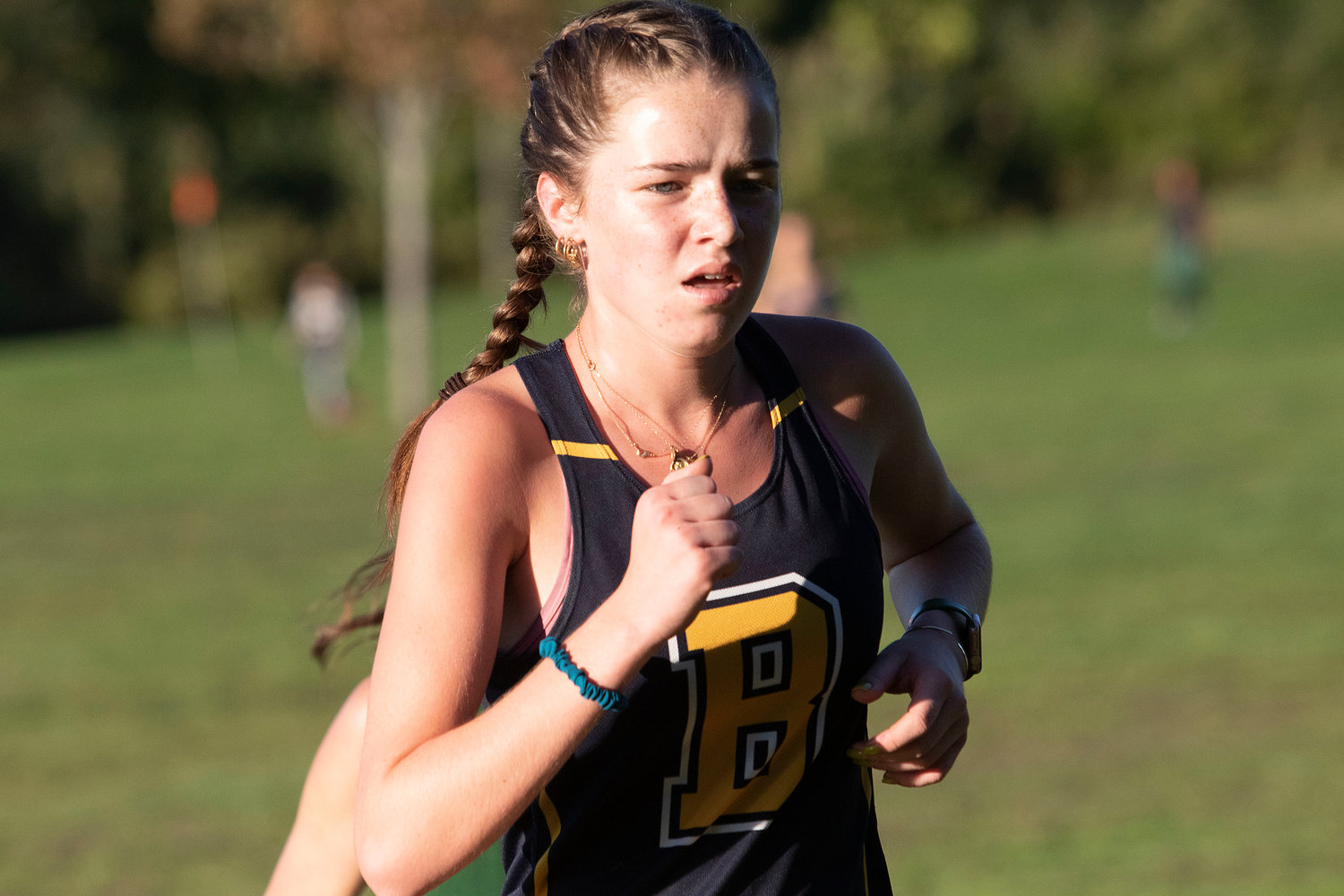 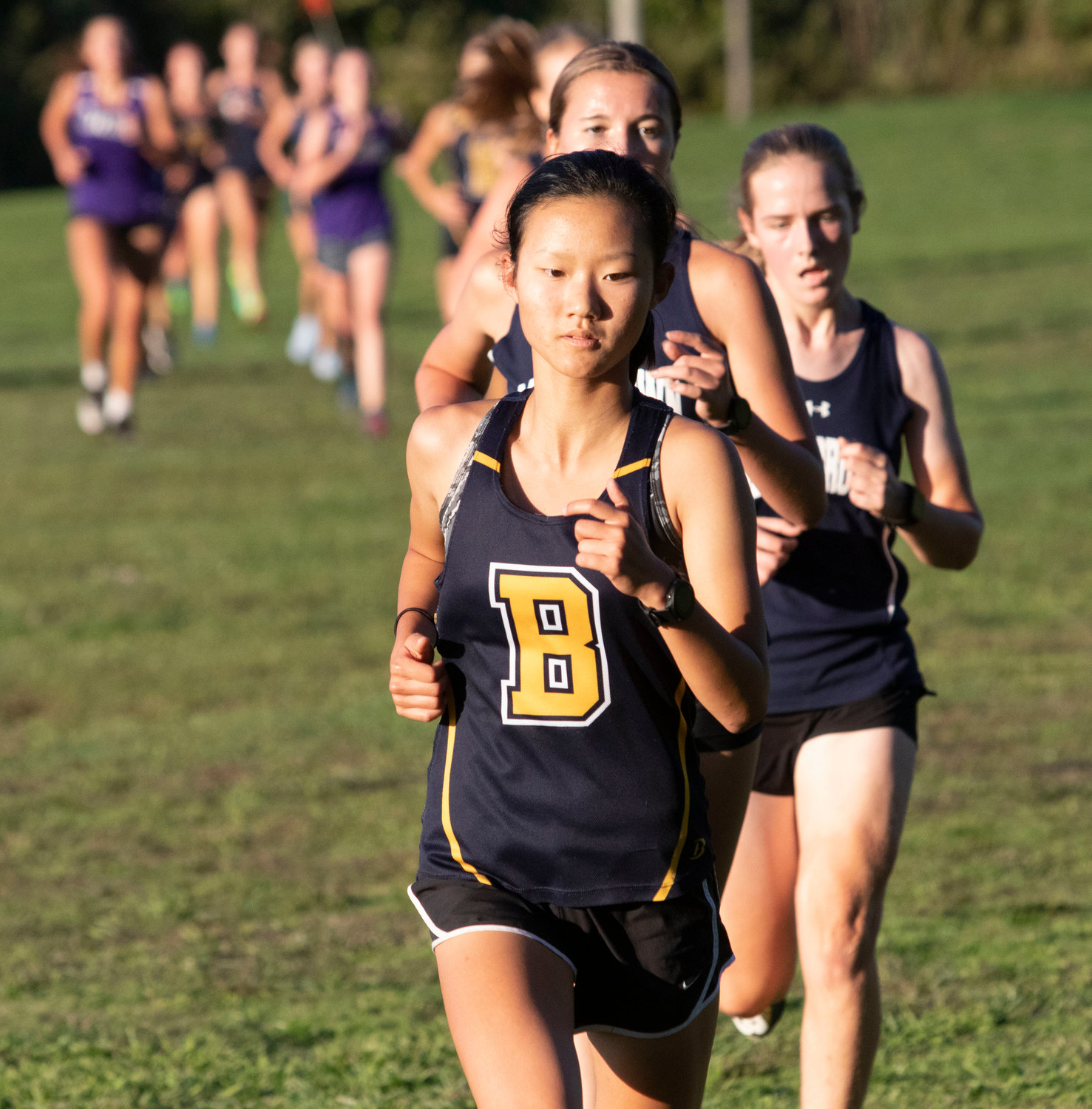 Barrington's Sara Chang runs to a 10th place finish in a recent meet for the Eagles.
Photo by Richard W. Dionne Jr. 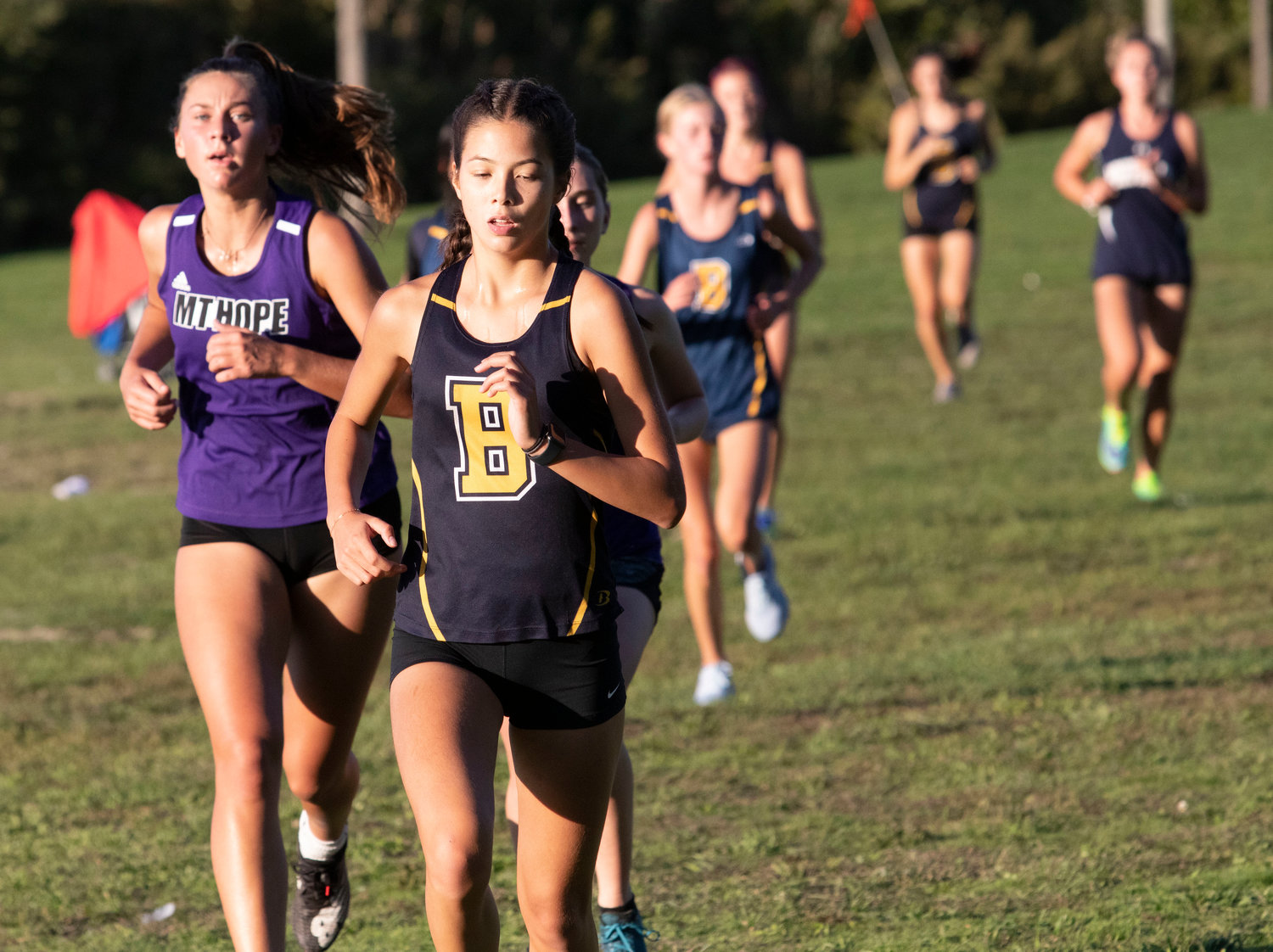 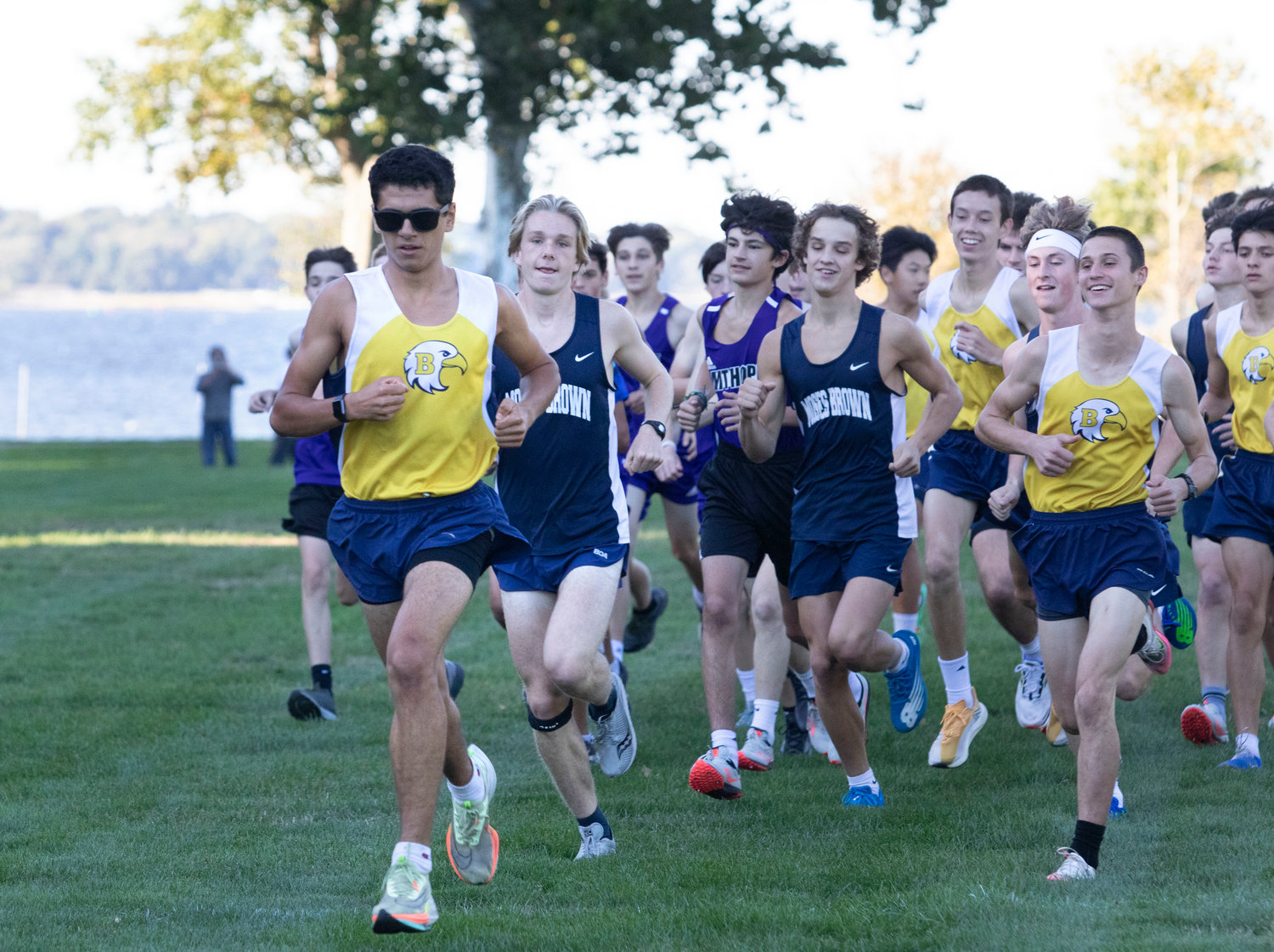 Barrington’s Brandon Piedade leads the pack at the starting line during a race at Colt State Park.
Photo by Richard W. Dionne Jr. 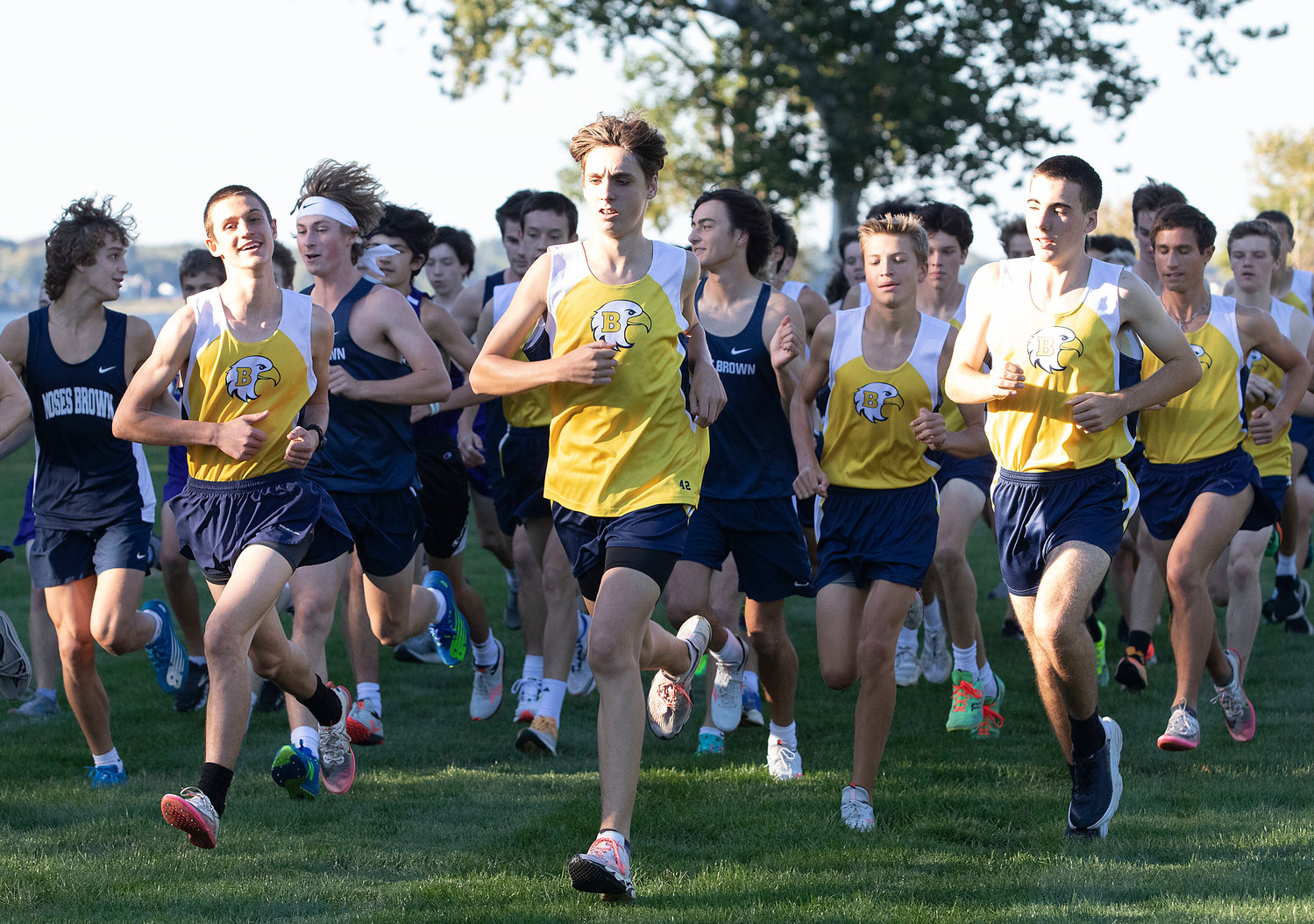 Elliot Lefort, Myles Napolitano, Finn Myatt, and Connor Curran (from left to right) at the start of the race.
Photo by Richard W. Dionne Jr. 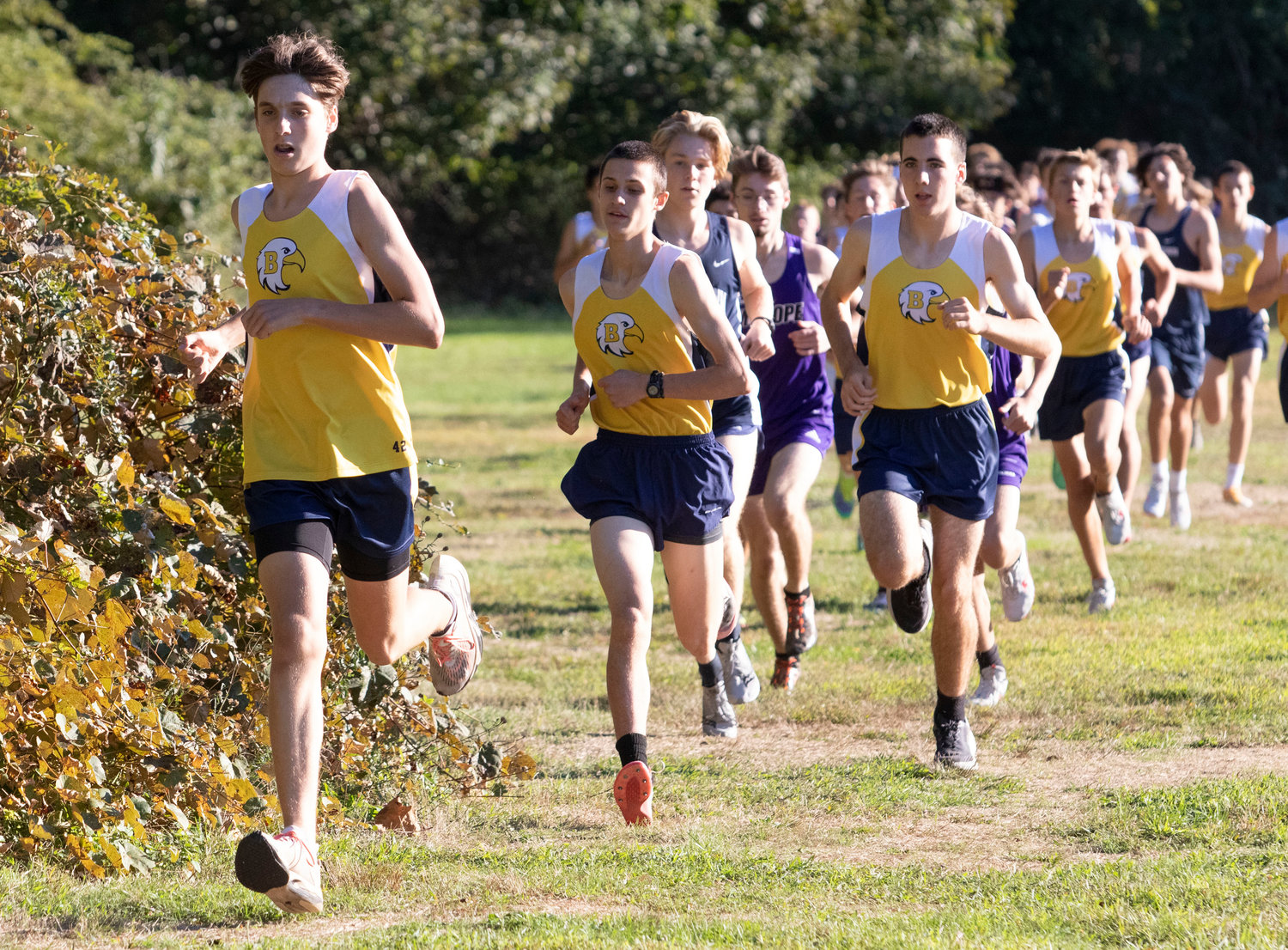 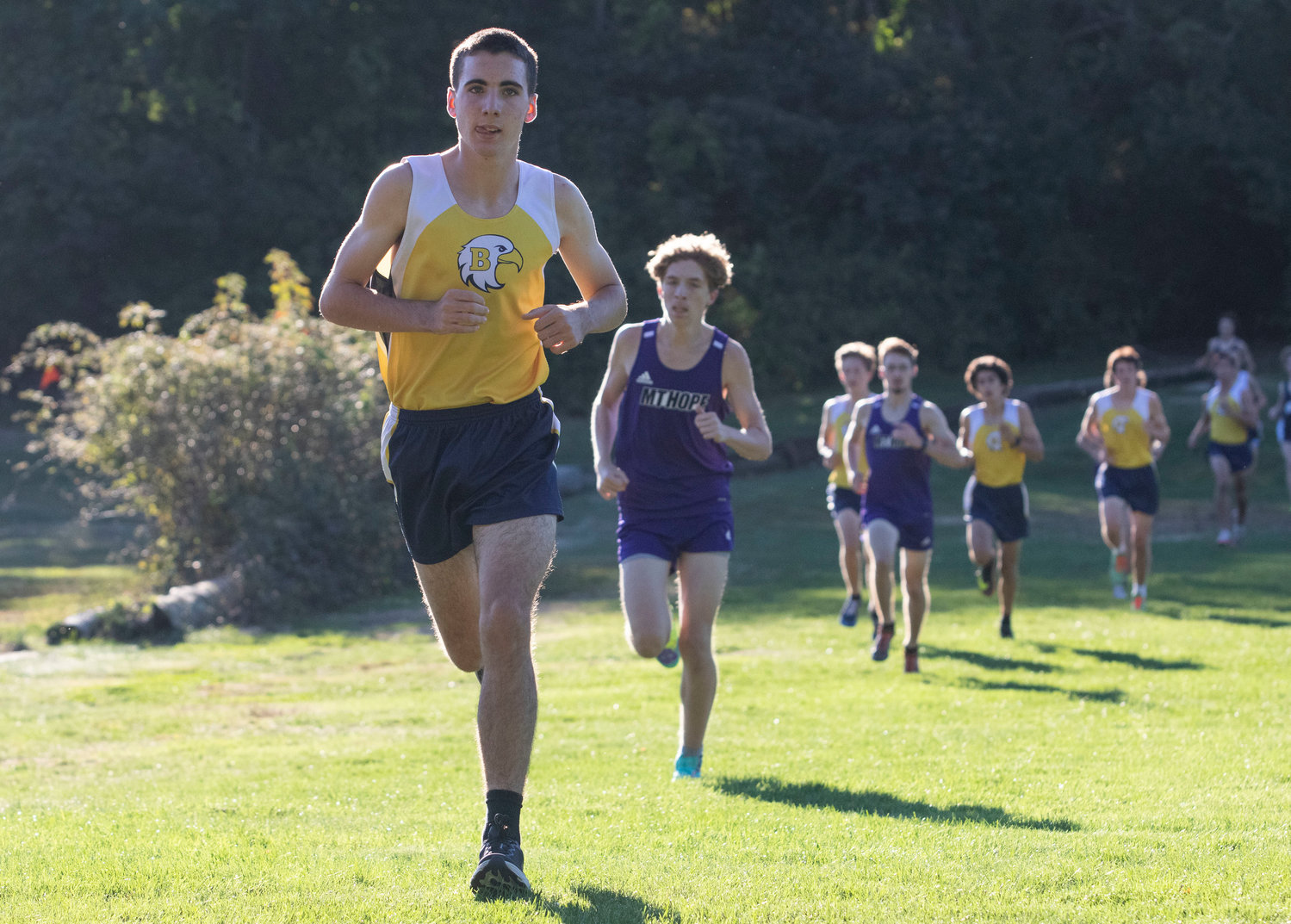 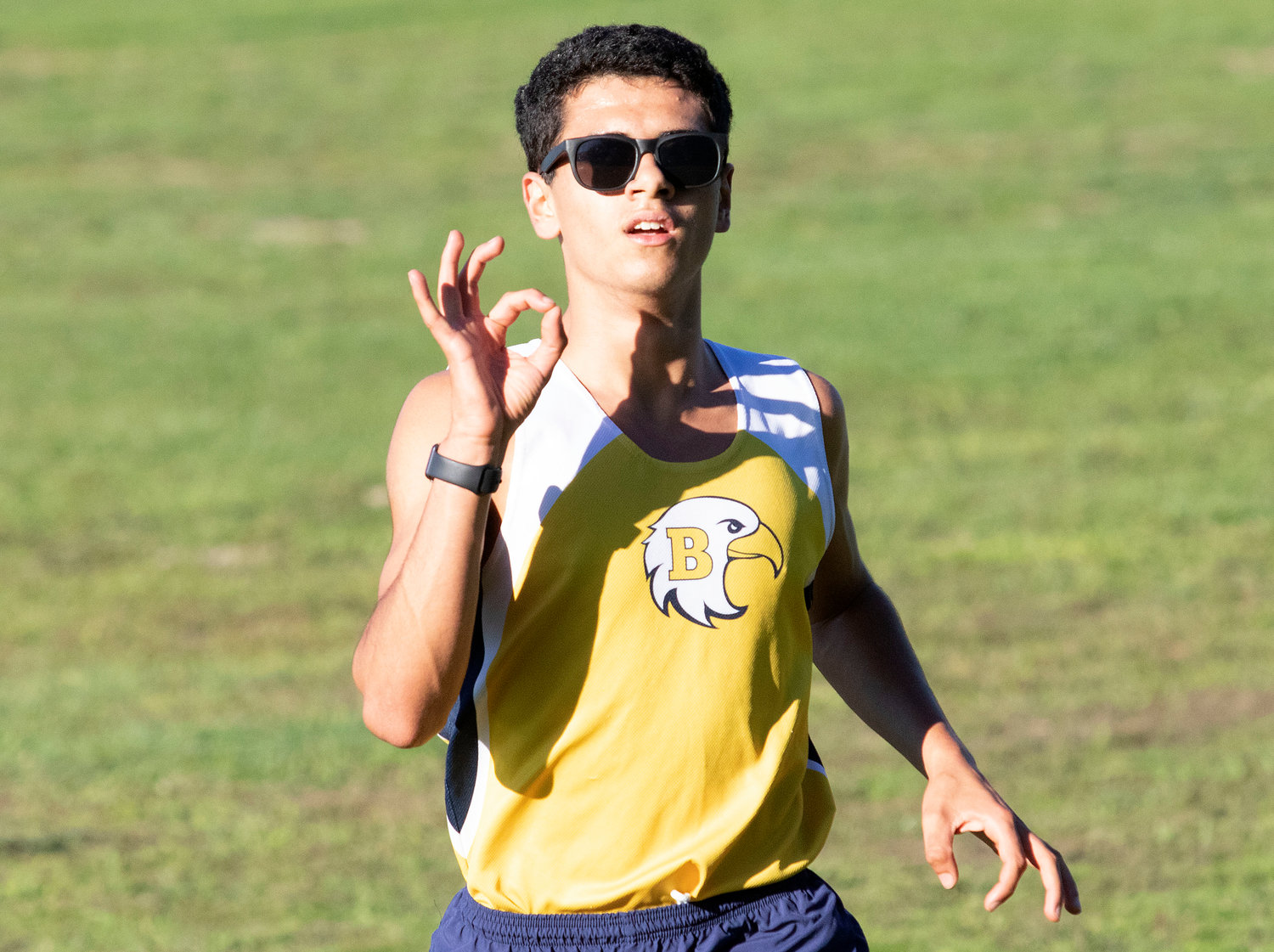 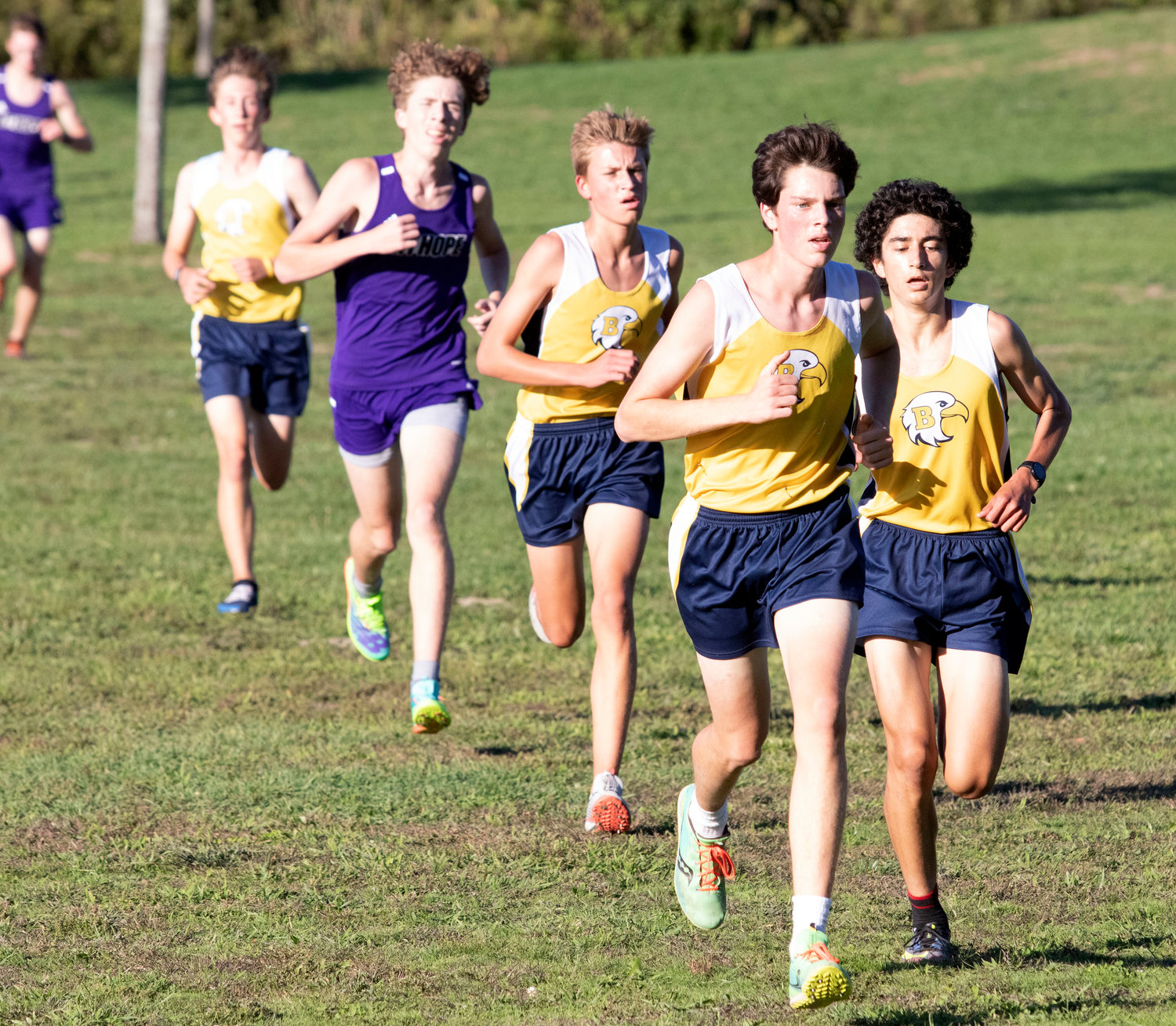 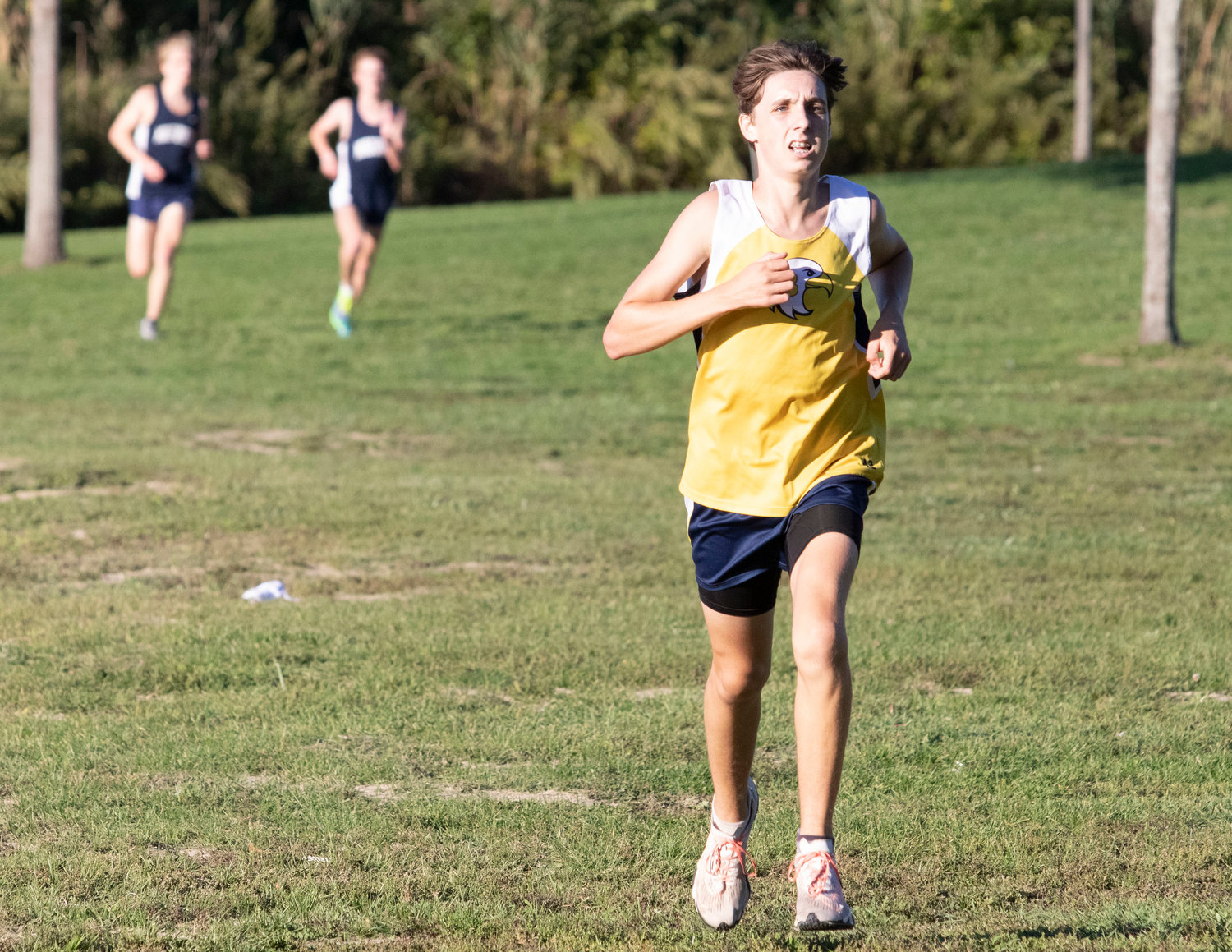 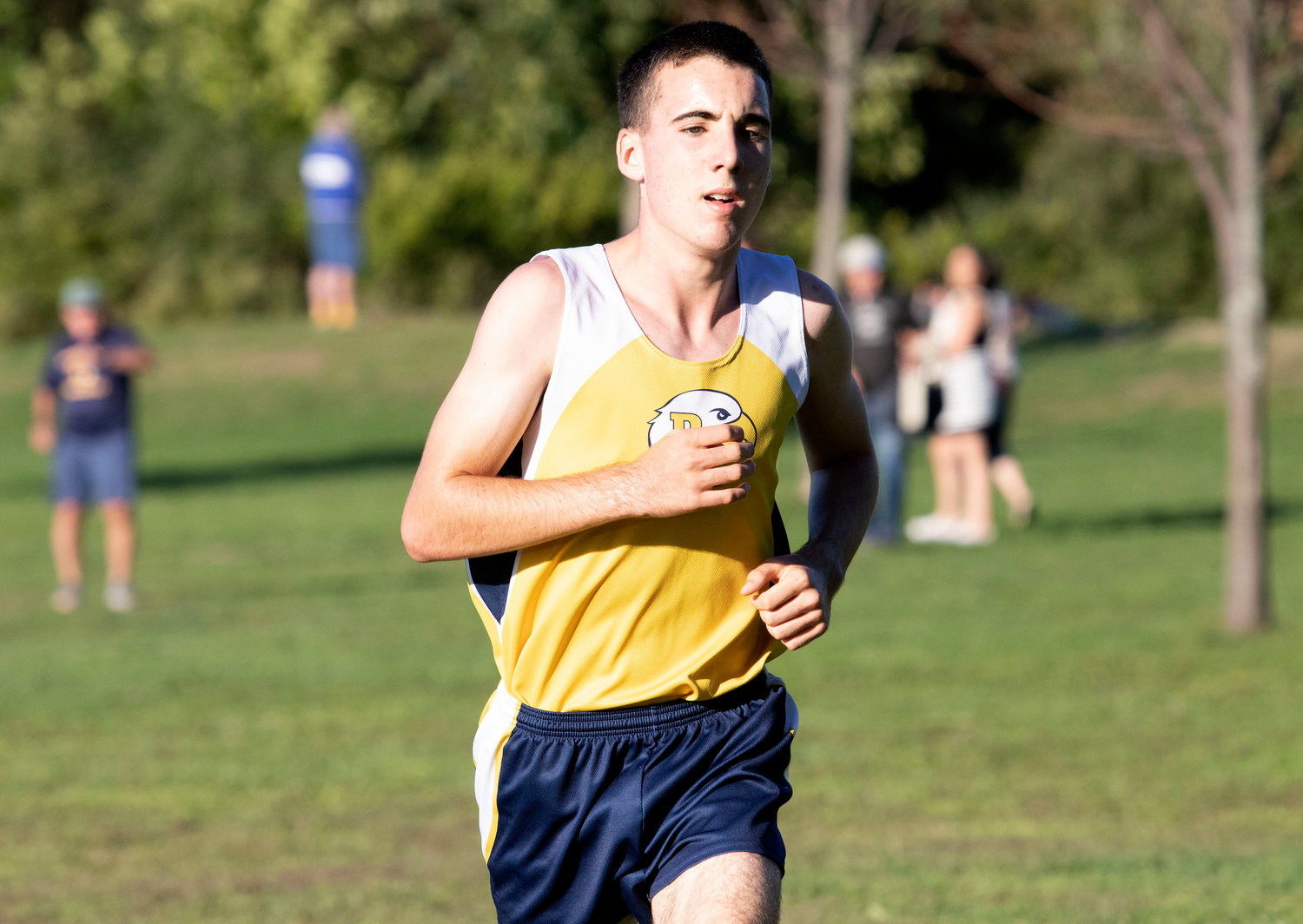 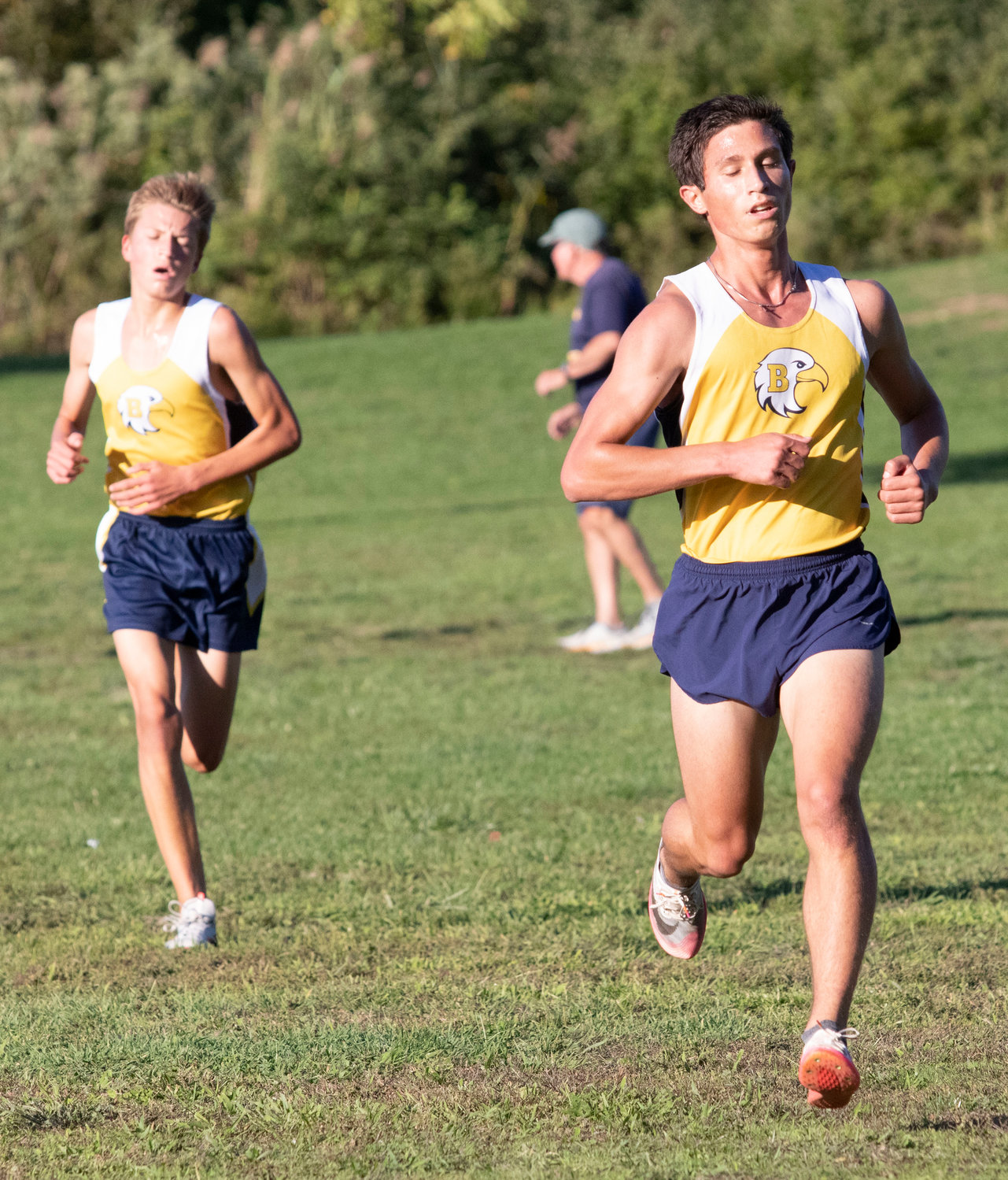 The BHS boys team ran to a third place finish at the 2022 Woods Trail Run hosted by Thetford Academy in Thetford, Vt.