Barrington parents on busing issue: ‘This is ridiculous’

Says one parent: ‘These kids just want to go to school. It shouldn’t be this hard.’

For more than a month, Barrington resident Liz Clare has asked officials to allow one of her sons to ride a bus to the middle school each day. She said his commute to school is long and dangerous, …

Barrington parents on busing issue: ‘This is ridiculous’

Says one parent: ‘These kids just want to go to school. It shouldn’t be this hard.’ 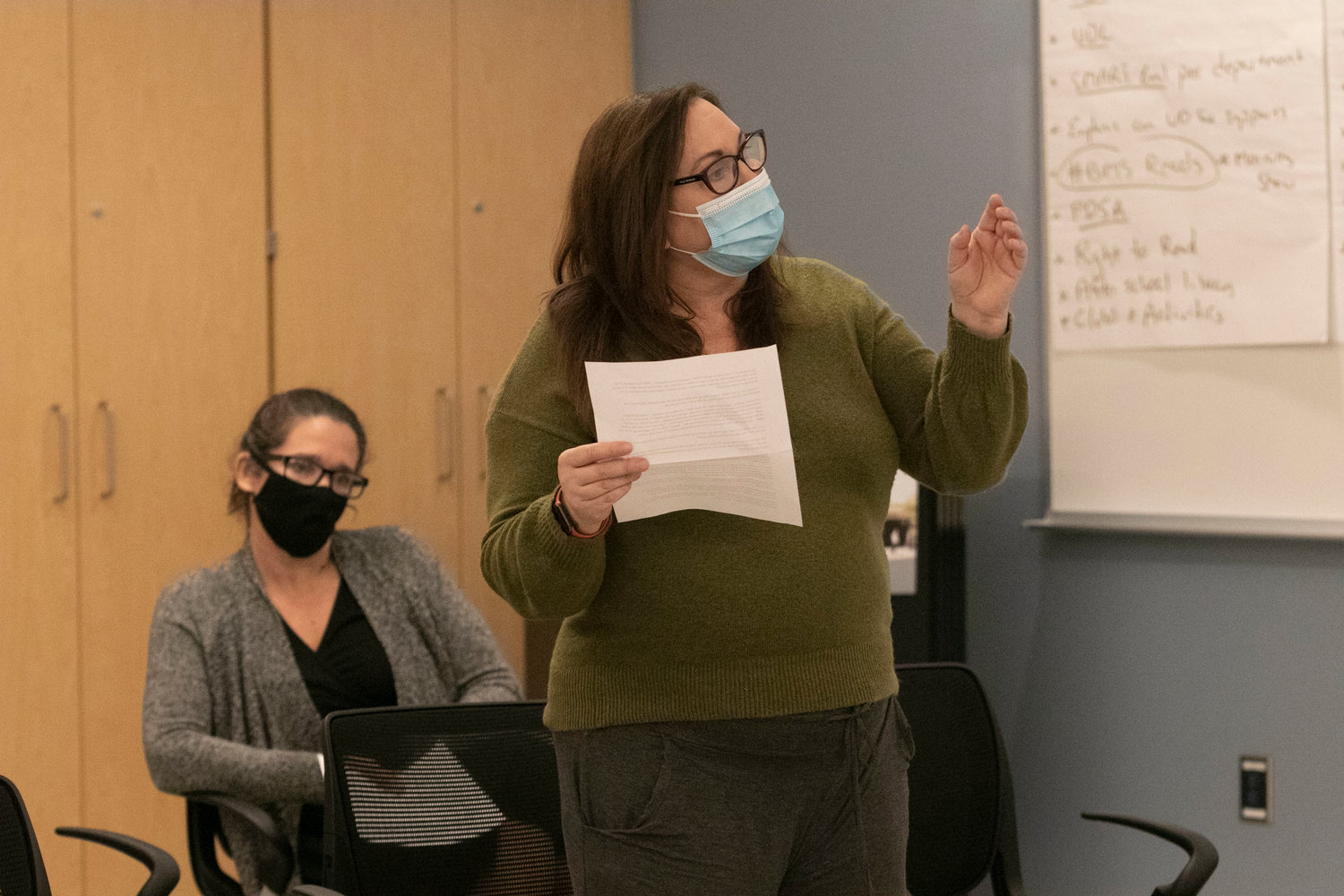 Barrington resident Rachelle Zani pleads with members of the school committee about problems with the school transportation system in town during the meeting last Thursday night.
Photo by Richard W. Dionne Jr. 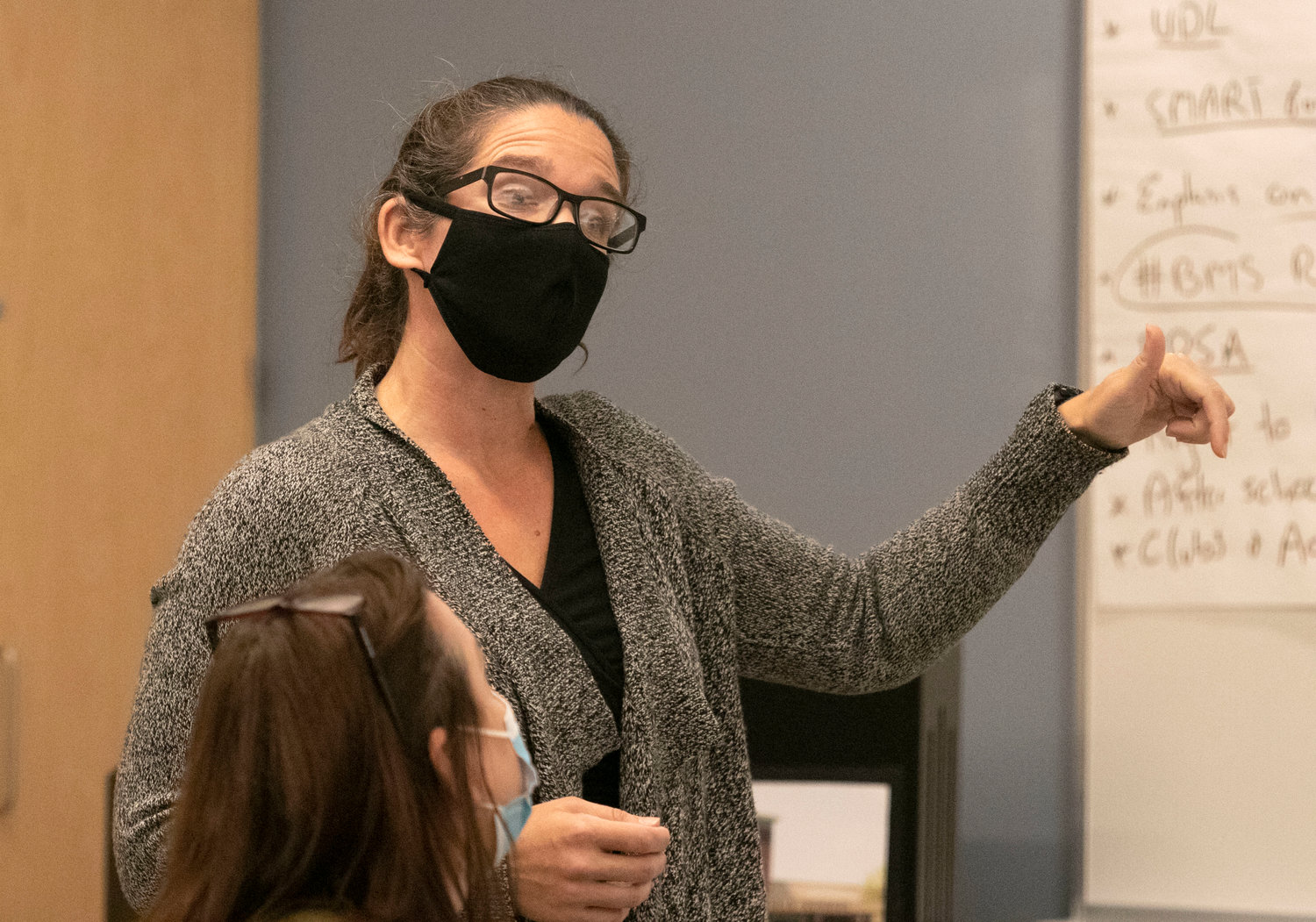 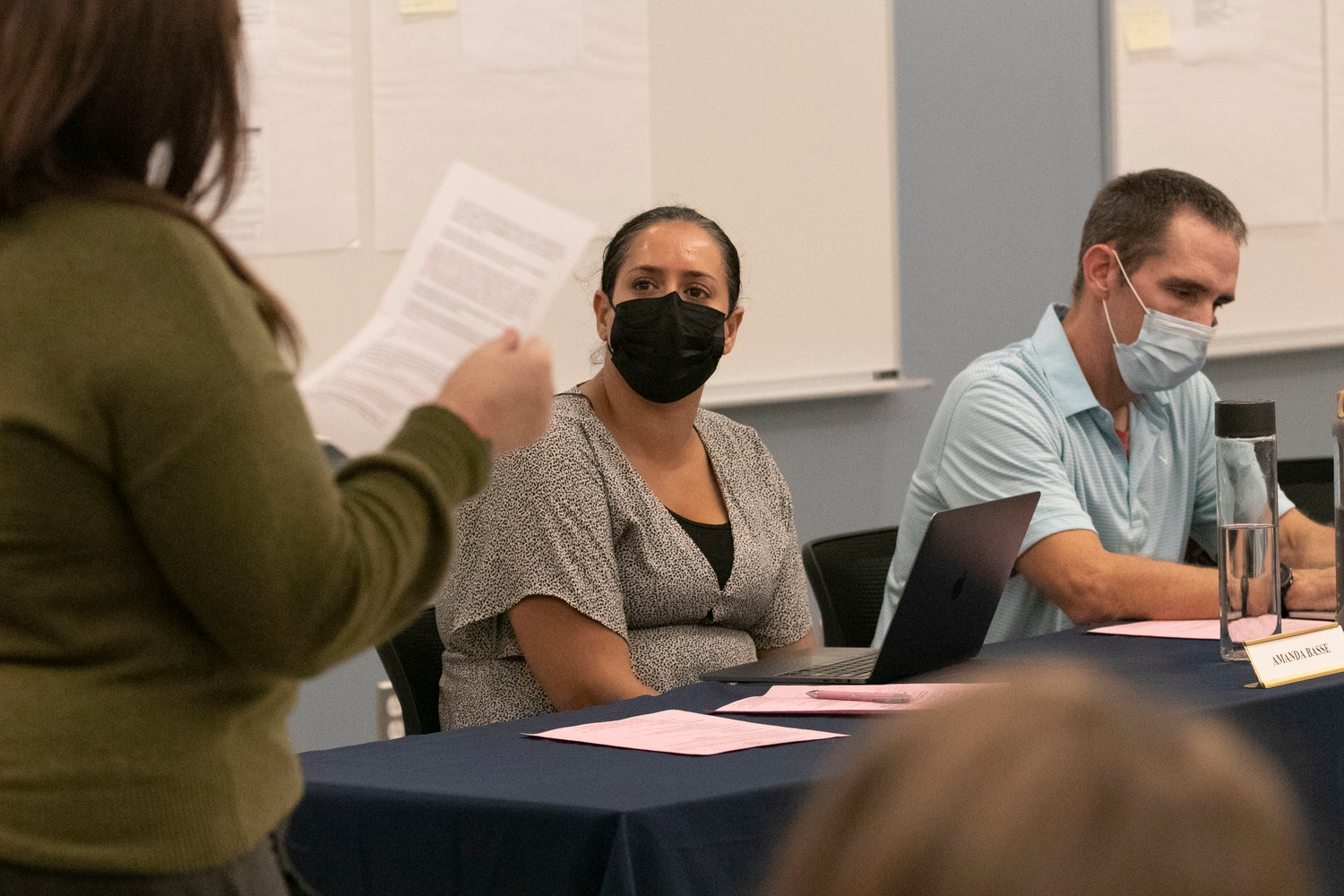 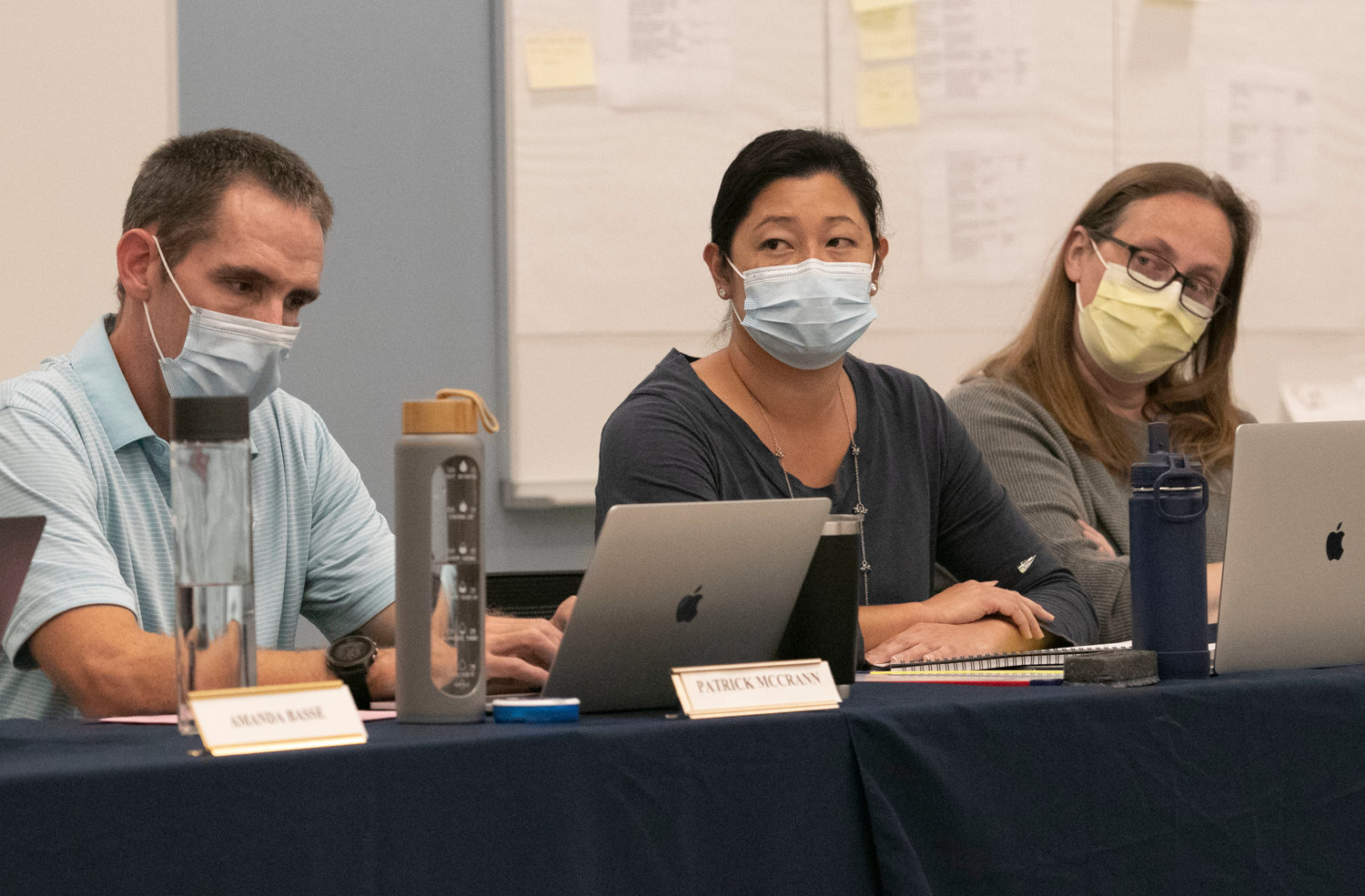 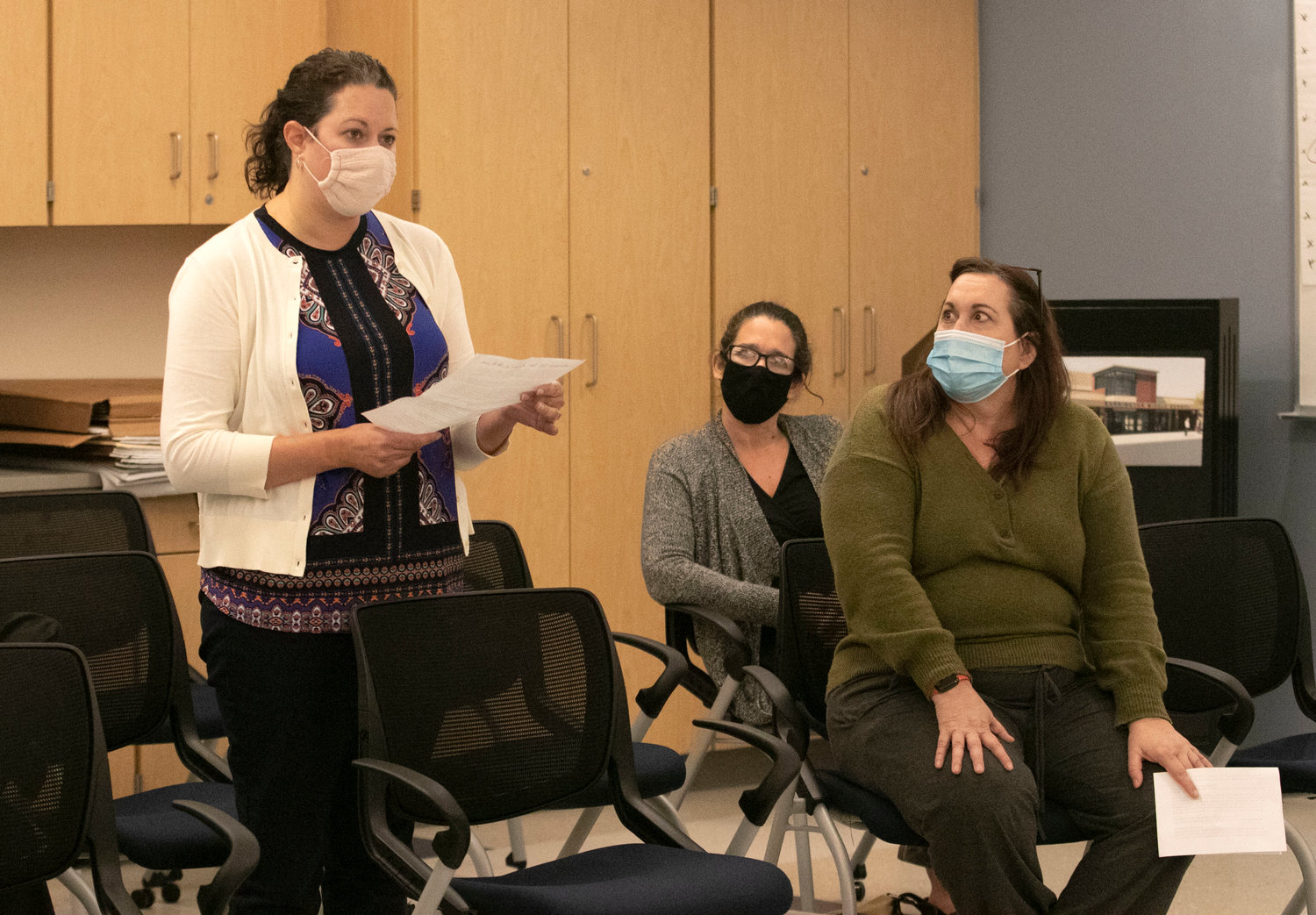 For more than a month, Barrington resident Liz Clare has asked officials to allow one of her sons to ride a bus to the middle school each day. She said his commute to school is long and dangerous, and the district had always provided a bus in past years. Ms. Clare has sent emails, filled out forms and called the district office.

So far, the requests have been denied.

The school department says the Clare family lives just inside the 1.5-mile ridership eligibility distance —  if they lived a little farther away, Ms. Clare’s son would be able to ride the bus.

Earlier this month, Ms. Clare laced up her sneakers and jogged from her home in Hampden Meadows to the middle school, following the same route her child does each morning on his bike.

“The most frustrating thing is the fact that I feel helpless,” Ms. Clare said. “They have all the power.”

Last Thursday night, Ms. Clare and others attended the Barrington School Committee meeting at the middle school presentation room to voice their frustrations with the school transportation situation. They asked officials why they eliminated bus stops for hundreds of students at the start of this school year, why they suddenly began enforcing a two-mile distance requirement (later changed to 1.5 miles) for bus ridership eligibility, and why it has been so hard to get a straight answer from what many consider to be the best public school system in the state.

“I’m exhausted. This is ridiculous. It has literally kept me up at night,” Ms. Clare said, during an interview Thursday night, shortly after she spoke to the school committee.

“These kids just want to go to school. It shouldn’t be this hard.”

Ms. Clare is still waiting for school officials to complete a safety review request she filed.

“If they deny it, my next step is to appeal to them again or try to go to the department of education, which I’ve been trying to avoid,” she said.

Rachelle Zani also spoke during the School Committee meeting last week. The Barrington resident said the weather conditions are only going to worsen as the seasons change, making it more difficult for children to walk or ride their bikes to school.

Ms. Zani said parents are not asking for special treatment, they only want to be able to place their children on school buses to get to class each day.

“If they took two months to start working on the fix, which should have been done before, they should have re-instated the buses while they figured it out,” she said.

Brenda Santos also spoke during the school committee meeting. She said she has worked as a school administrator and said access to school is a basic issue for all districts.

“I just think it’s number one priority — to get kids to school,” she said.

“It’s stressful to look at weather reports and try to figure out how to juggle your work schedule on a daily basis. That is stressful. I think some of the emotion you see from us is frustration. This has been going on … we’ve all filled out forms, we’ve all sent multiple emails, with no response… And the responses we get are, I can speak for myself, the first one was a form letter, and the second one didn’t engage with me at all as a human being. It was just you have been denied.”

Ms. Clare said there are other families who have been impacted by the transportation changes, but they were not able to attend the school committee meeting last week. She said families have reached out to her to thank her for sticking with the issue.

“… they (school officials) could come to me tomorrow and say your kid’s on a bus,” she said. “That’s not enough. My big concern is the impact to the community.”

Just moments before residents spoke out about busing issues, school officials offered an update on the district’s transportation system.

Barrington Superintendent of School Michael Messore spoke about the computer software that was used to calculate the distance from a resident’s home to a school, in order to decide ridership eligibility. He said the software was using a map that had the wrong location of the middle school — it was using the old middle school building and not the new one.

Doug Fiore, the district’s director of administration and finance, offered some busing statistics. He said when the district shifted from a 2-mile ridership eligibility distance to 1.5 miles earlier this month, more than 400 students became eligible to ride the buses. It was not clear whether those students’ families were notified on eligibility status changes.

Of the 182 safety review requests, the district has made 57 students eligible for buses. He said 19 reviews are still pending and the others were denied.

Barrington School Committee Chairwoman Gina Bae said it is not clear how the safety reviews are conducted. She asked that the district put the review process in writing, so that residents can better understand how it works.