The Barrington High School girls soccer team has a new coach, and so far, he has been very pleased with his team’s commitment and intensity. 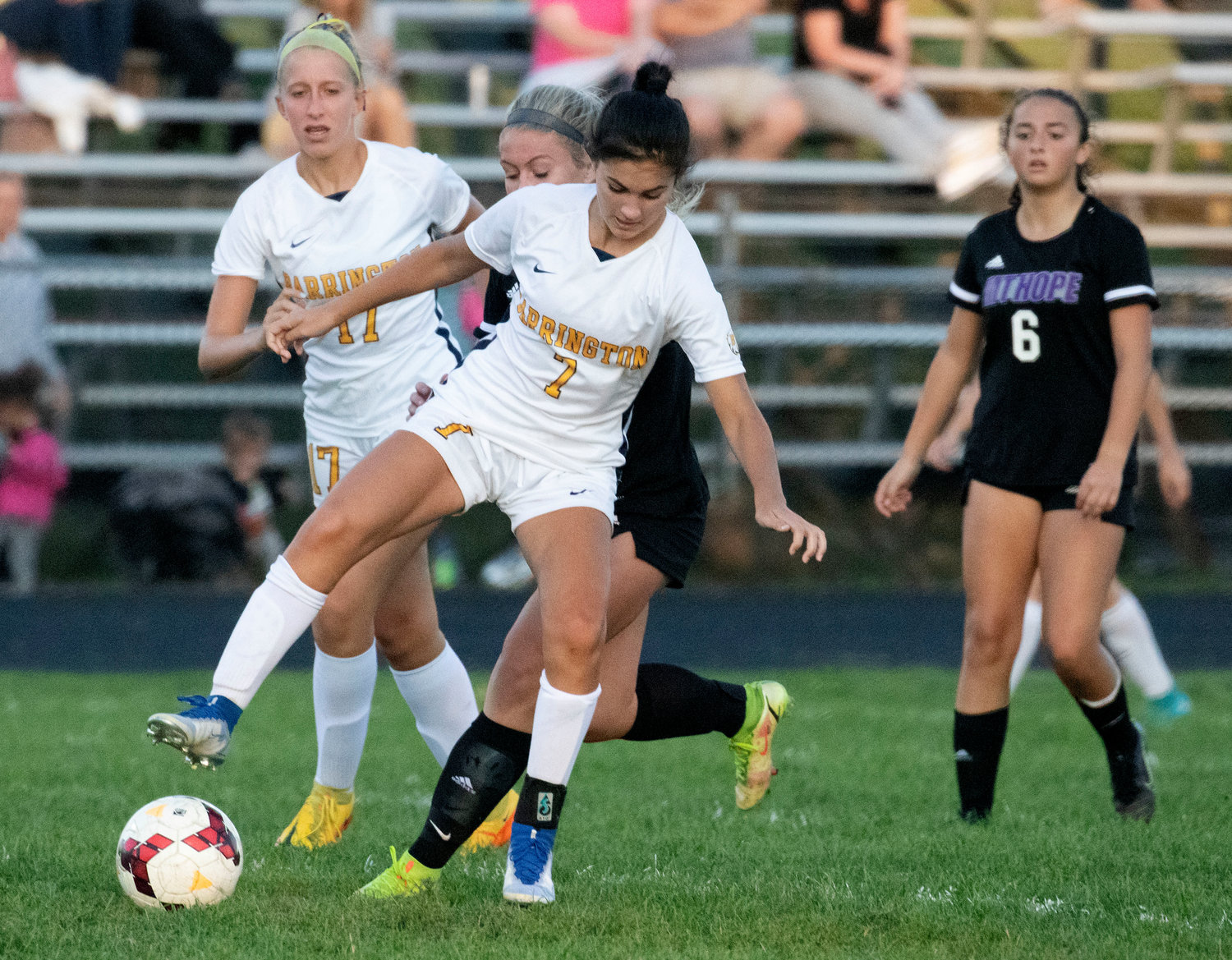 Lily Swintak (left) looks on as teammate Hannah Carlotto takes the ball away from a Huskies forward.
Photo by Richard W. Dionne Jr. 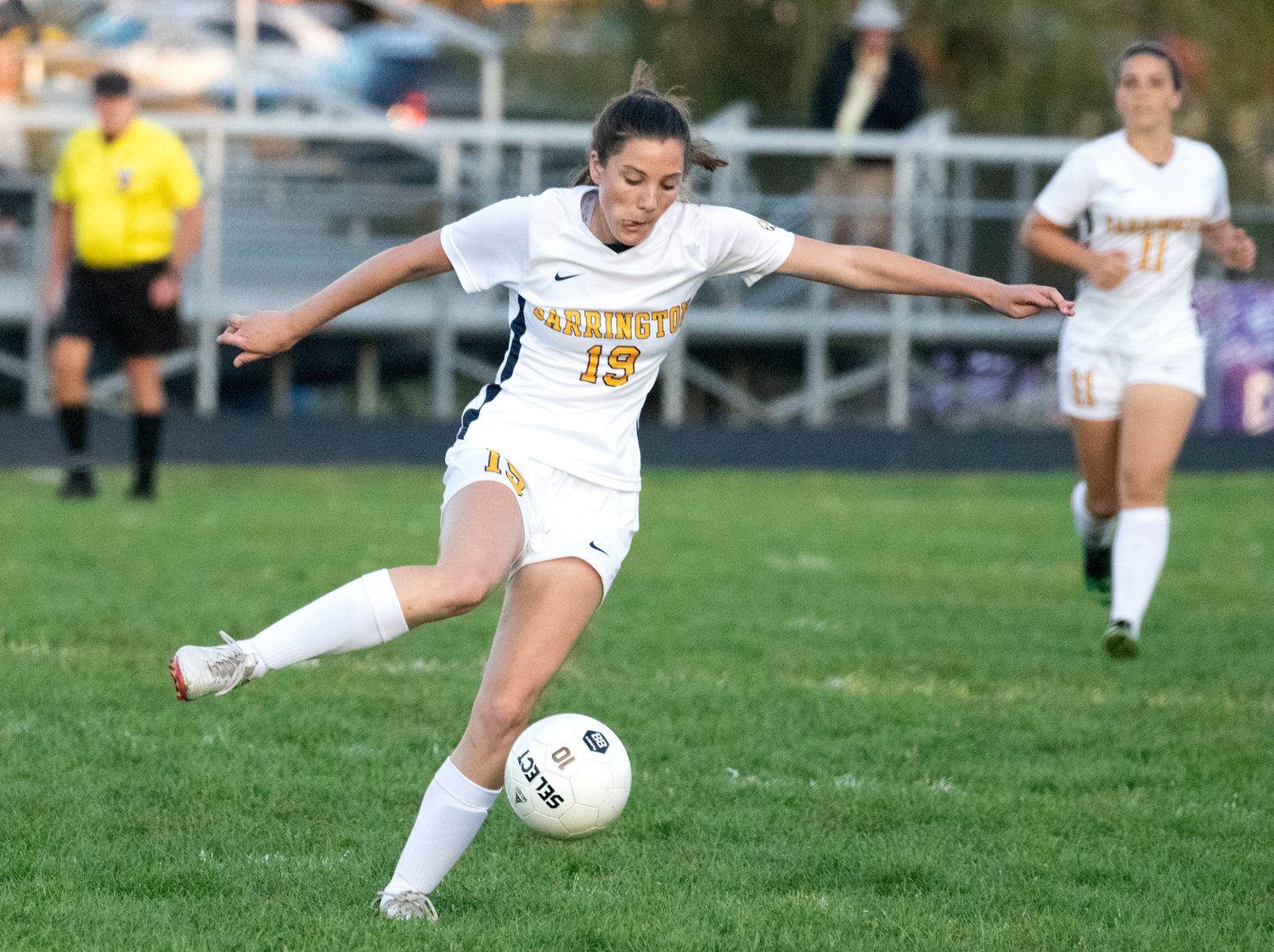 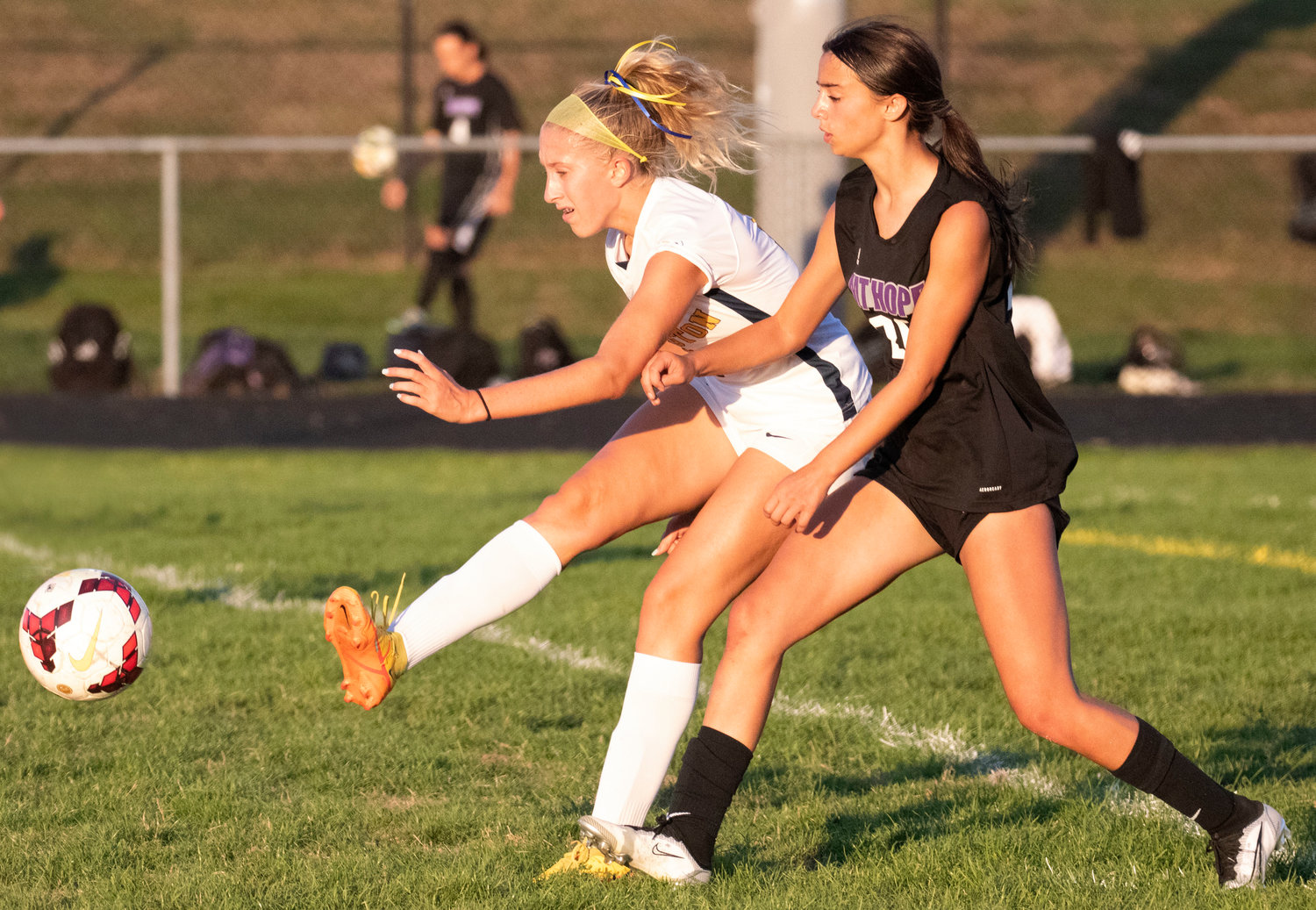 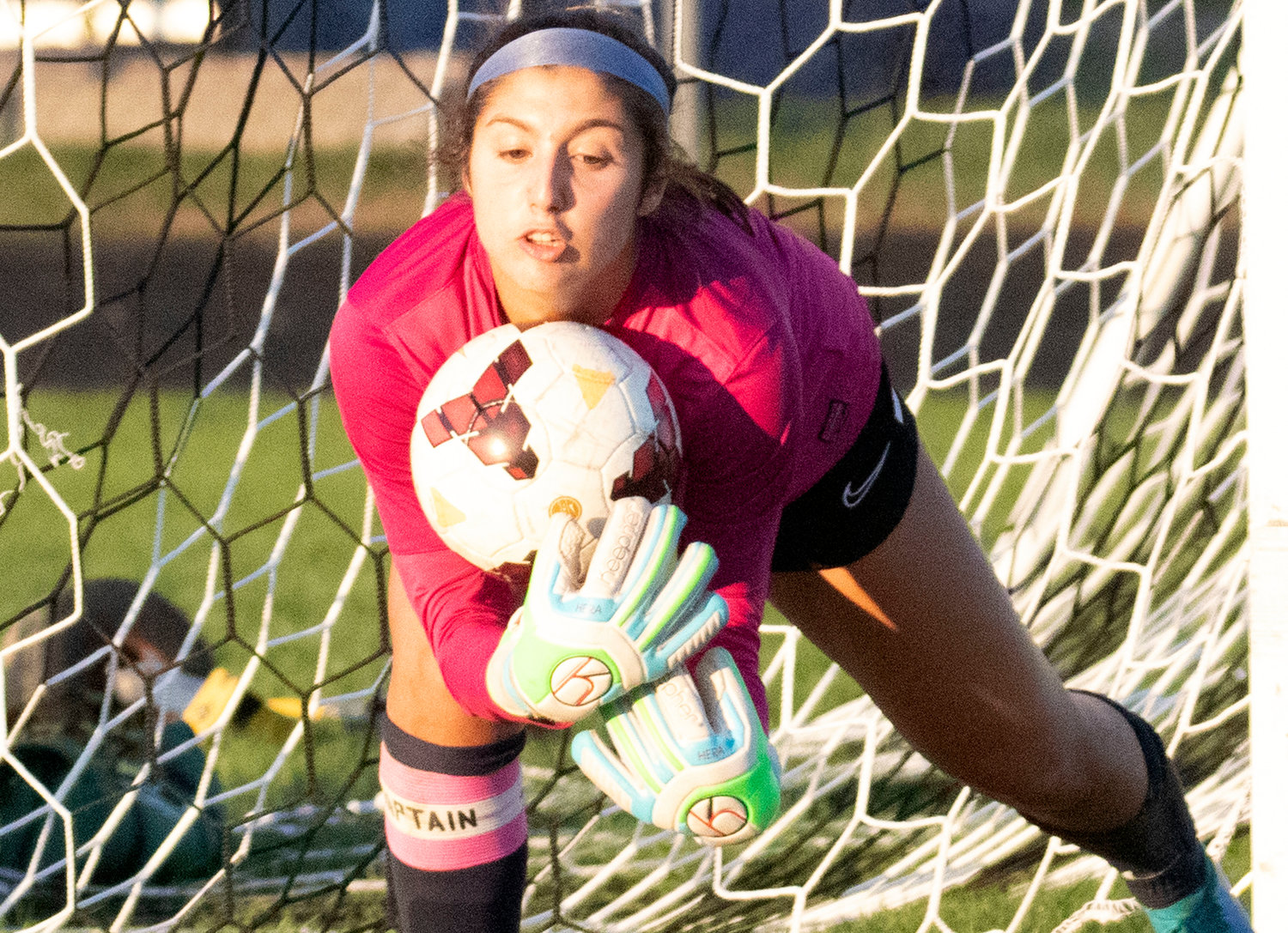 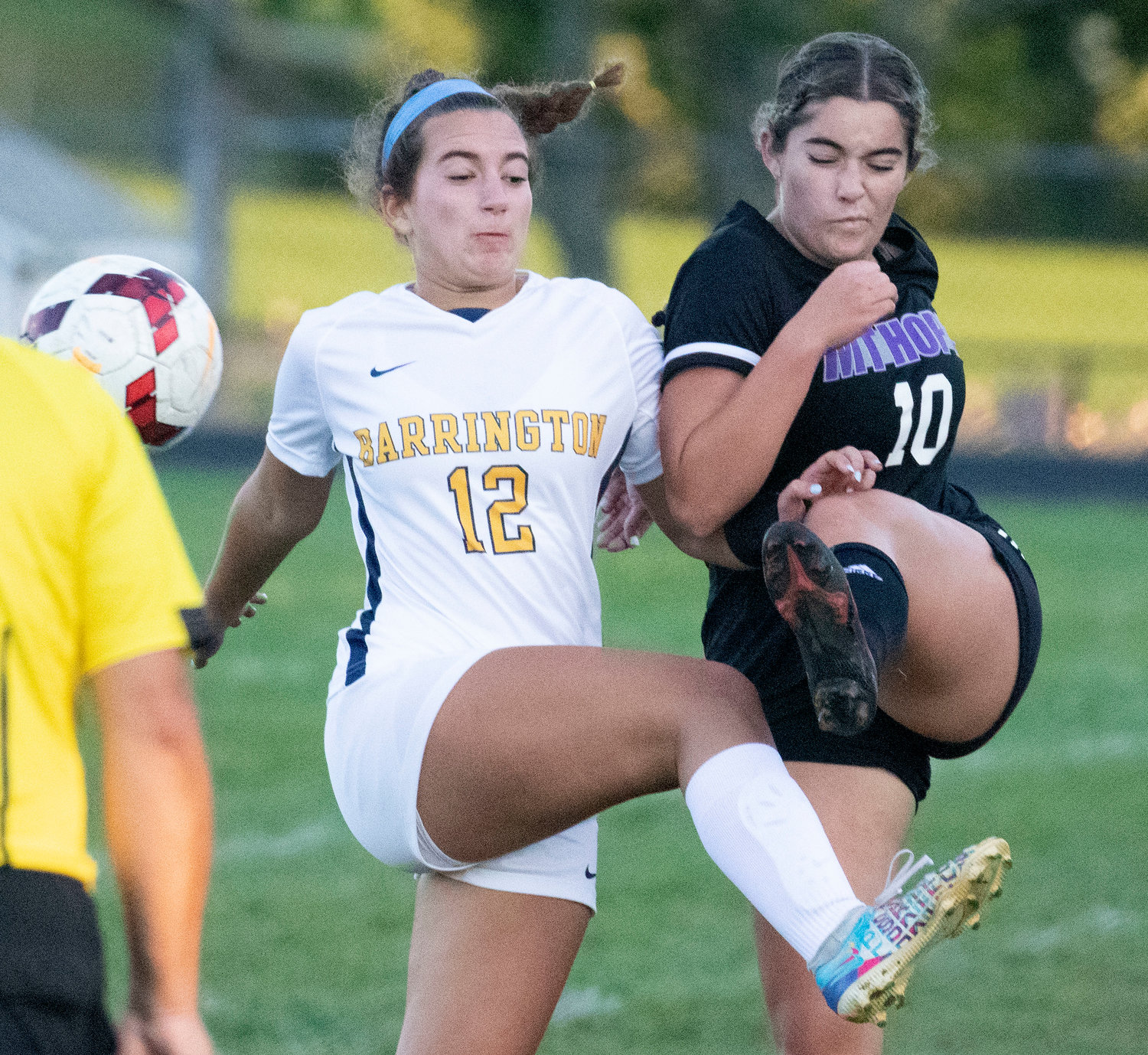 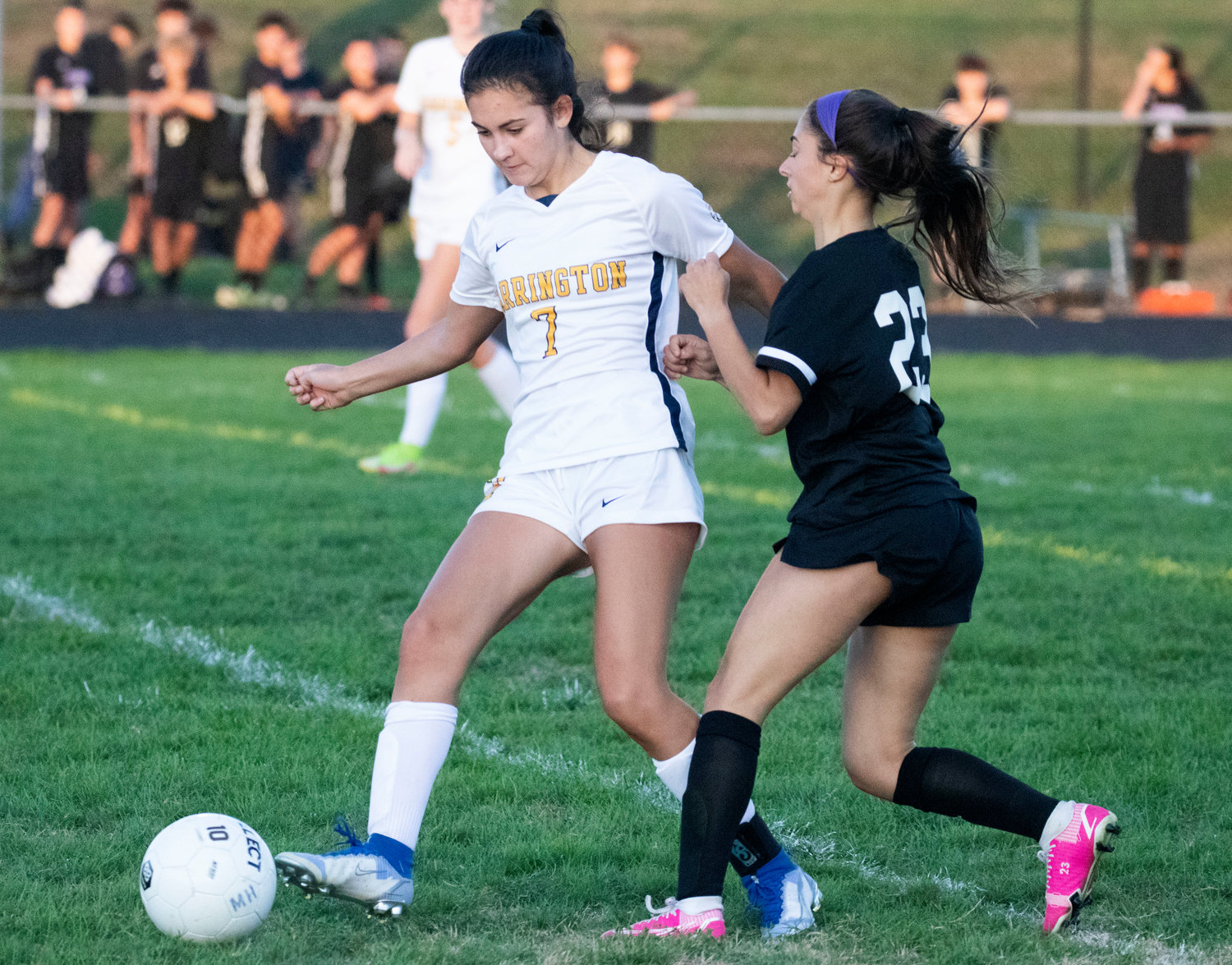 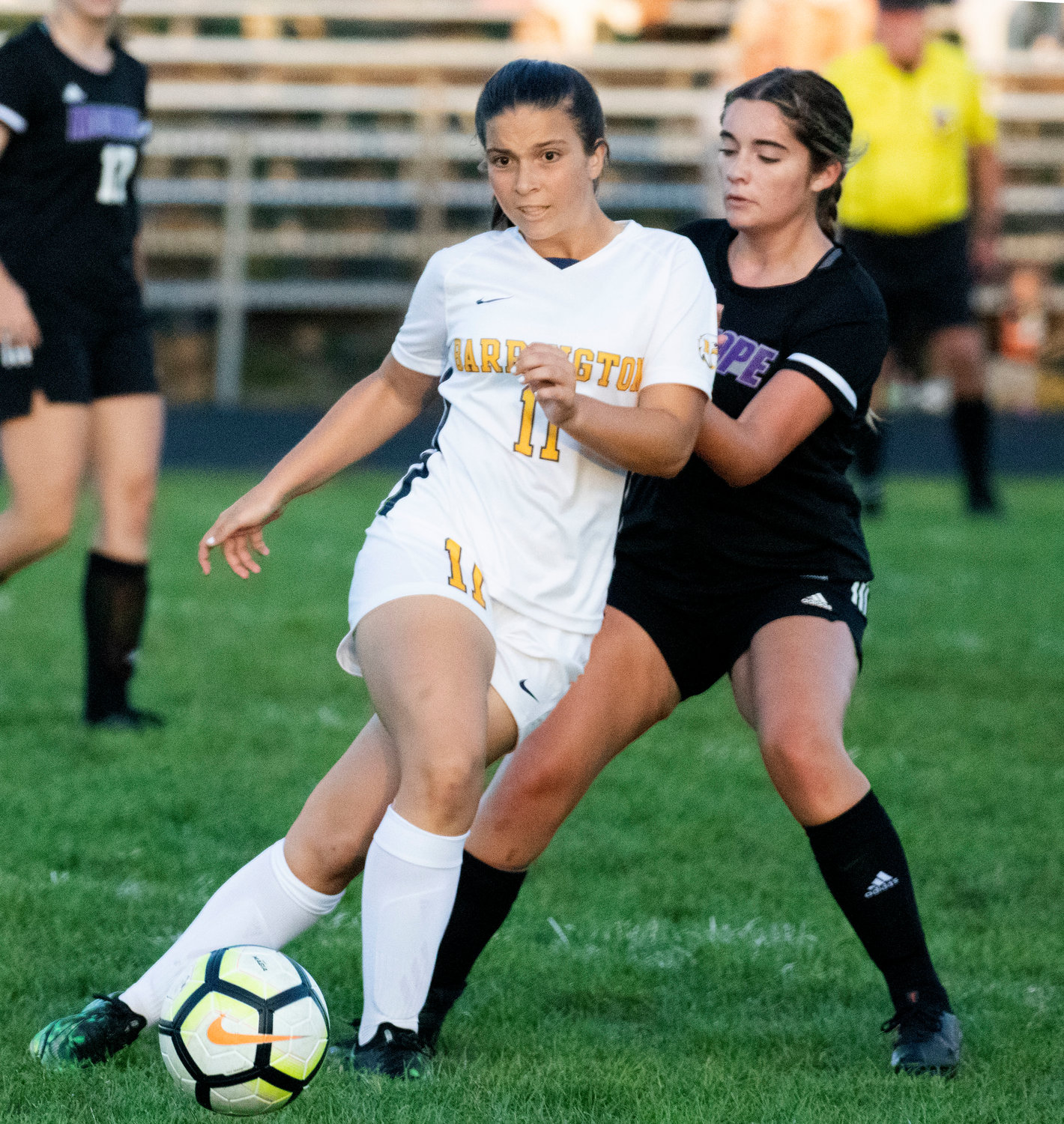 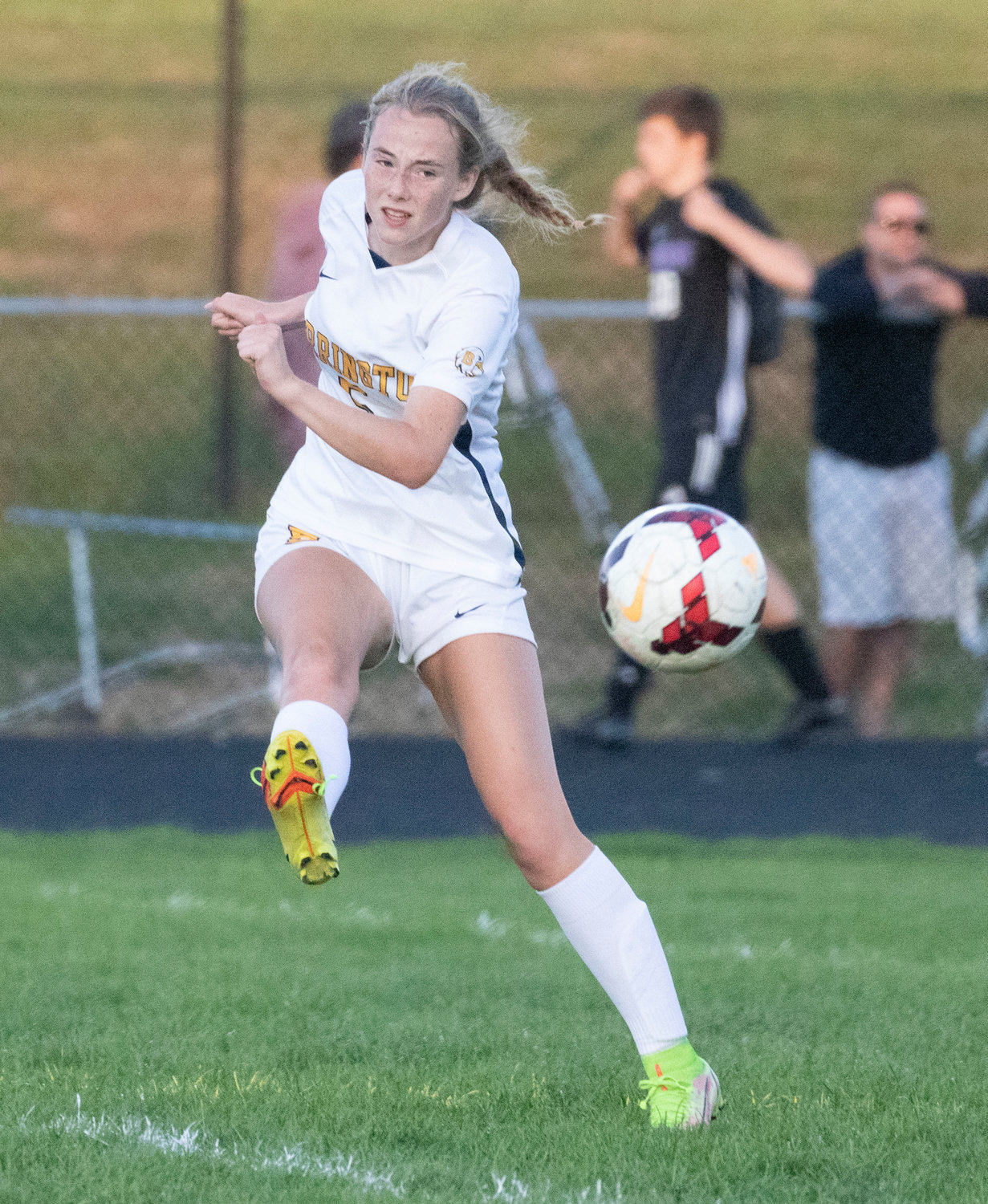 Jordan Roskiewicz kicks the ball across the field.
Photo by Richard W. Dionne Jr.
Previous Next
Posted Tuesday, September 20, 2022 8:06 am
By Josh Bickford

The Barrington High School girls soccer team has a new coach, and so far, he has been very pleased with his team’s commitment and intensity.

Martyn Hollands arrived in Barrington this season with previous coaching stops at Wheeler School and Burrillville. He has also coached club soccer teams.

Hollands said the start of the season faced a few challenges — he missed some action early on because he was quarantining. But when he returned to the field, Hollands was pleased with what he saw.

Hollands said he was very happy to be selected to coach the Eagles, who were previously coached by Steve Pickford for more than a decade.

Barrington has opened the season with back-to-back losses and has yet to score a goal. The Eagles lost 1-0 to Chariho in the home opener, and fell 6-0 to Mt. Hope on Friday.

The first-year BHS coach said he was excited by the team’s ability to be creative on the both ends of the field. However, he said the Eagles have not yet made the most of their scoring opportunities.

“We want to be difficult to break down. Tough defensively. Creative. Expansive,” Hollands said. “I want them to be comfortable to go out and play. We’ll make mistakes. My job is just to create the environment where they can go out and do those things.”