A sophomore at Kenyon College, Zhang not only is a proficient student in the classroom, but he is also one of the … 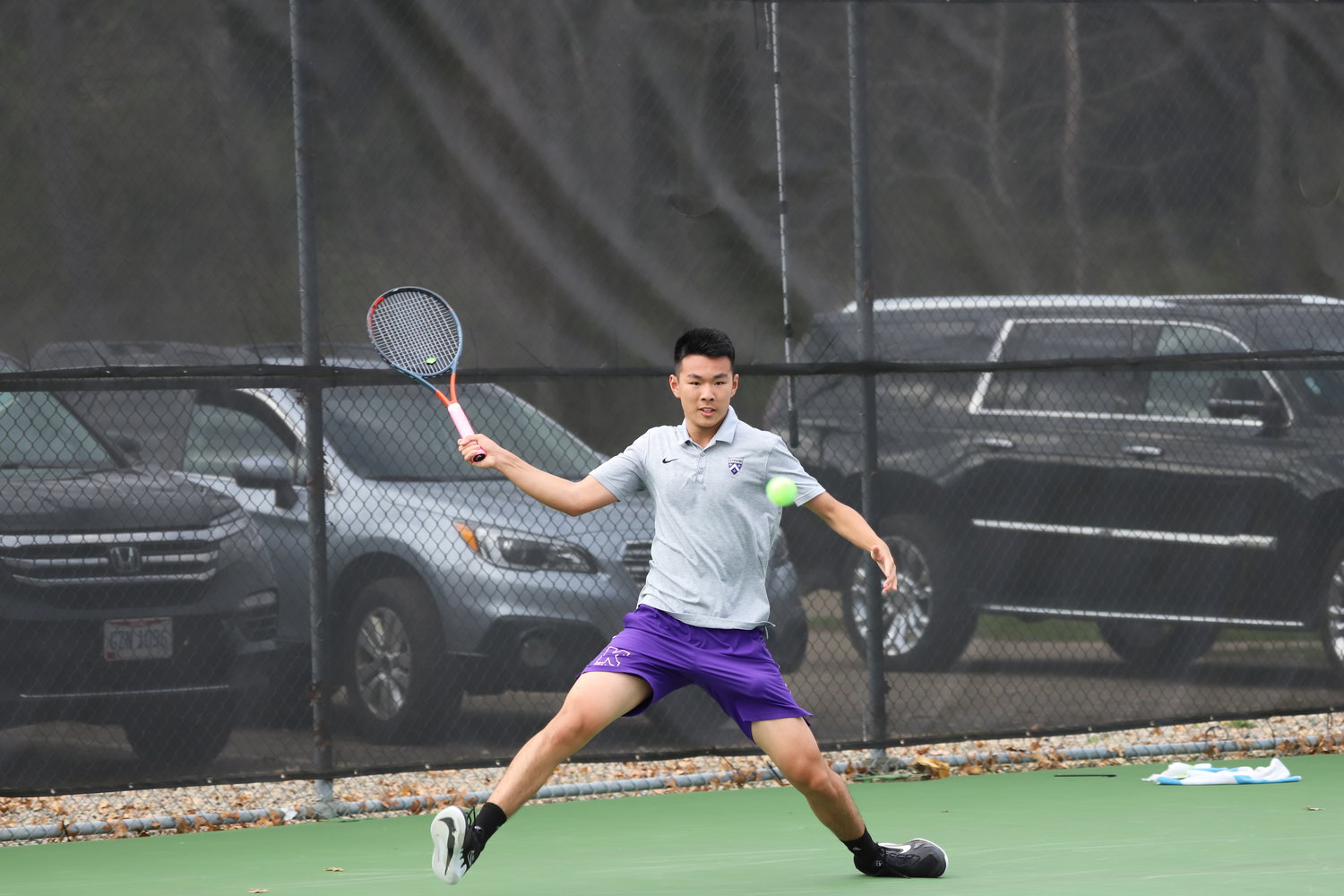 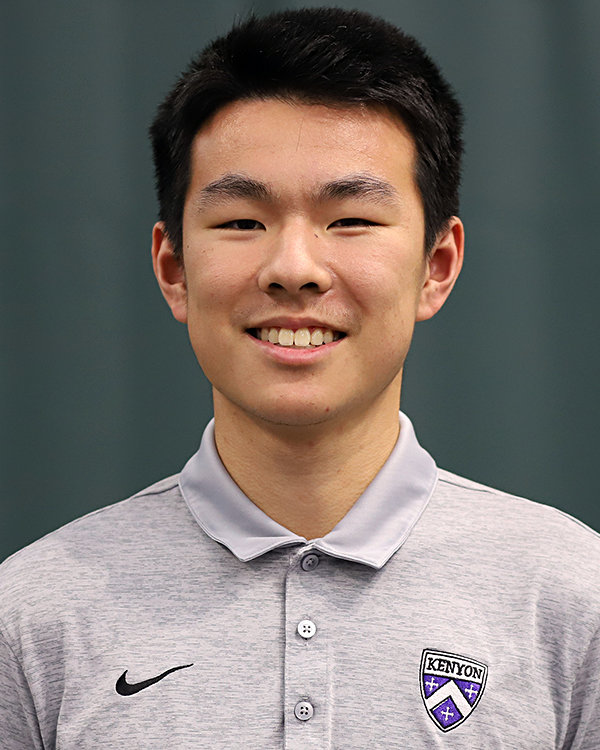 A sophomore at Kenyon College, Zhang not only is a proficient student in the classroom, but he is also one of the top tennis players on a nationally-ranked team.

Zhang was voted the 2021 Rhode Island College Male Tennis Player of the Year by the United States Tennis Association. As a result he received the Andy Chase Award (i.e. Chase was the U.S. National 16 and Under Hardcourt Champion who went on to play for Stanford).

In addition, he was voted Second Team All-NCAC honors.

“I was really surprised,” Zhang said after he was notified of this prestigious award. “My family moved to Louisiana after I graduated from (Barrington) high school. I didn’t think I was good enough to receive the award but I was very honored.

“If I work hard enough I might be considered again next year.”

Zhang’s college coach Andrew Carlson was happy to see one of his players honored with the award.

“I wasn’t too surprised,” Carlson said. “I knew what I was getting and I was banking on him starting, mostly at number 4 singles and occasionally at number 3. I knew he was going to do really well because he was considered one of the better recruits in Division III.

“I saw him play a couple of times. He sent me a lot of videos of him playing and he played in a ton of tournaments. He came for a visit and we came to know each other plus he was a great fit academically. He was a three-star (recruit) coming in and almost a four-star. Five is the highest and he was so close to being a four.”

Zhang finished his freshman season at Kenyon with 14 singles victories plus 10 in doubles play.

“I usually don’t let them play No. 1 as a freshman unless they’re clearly better than anybody else,” Carlson said. “I like to have them gain confidence and work their way up.

“I did start four freshmen. We’re a very young and deep team. We could be a top 15 team next year.”

The Owls finished the 2021 season ranked 20th in the ITA poll.

Playing as a freshman on a nationally-ranked team can be a bit daunting, but not for Zhang.

“Not really,” Zhang replied when asked if he felt any pressure playing on a team of Kenyon’s caliber.

“I’m pretty comfortable where I am playing on the team.

“There are a lot of challenge matches and other freshmen as well who are good.”

Zhang was better than “good” in high school.

Not only did he capture two Rhode Island Interscholastic League singles championships but he was a First Team All-State selection as a senior.

Yet college coaches didn’t exactly come knocking on his door.

“I wasn’t that heavily recruited,” he said. “Kenyon had a good academic reputation and I liked the Midwest area. I know everyone on campus. It’s easier to fit into a small environment (i.e. Kenyon’s enrollment is just under 1,700 students) and especially on a team as well.

“They have nice facilities and they were good with financial aid. I was pretty happy to come here and play as well.”

“That was huge,” Carlson said. “If they didn’t win we could have gone down 3-0 and pretty much would have been done. That gave us a little momentum.

“It wasn’t a surprise that Eric received All-Conference honors. It’s always Denison and us as the top two teams in our conference. Usually our top couple of players get an award.”

Zhang also was one of 12 Owls to receive another award: He earned Scholar-Athlete recognition from the Intercollegiate Tennis Association (in order to be eligible an individual must possess a GPA of 3.50 or better for the 2021 academic year).

“To me that speaks volumes about time management ability,” Carlson said. “All of our guys do a great job with that. They’re either playing or studying.

“I think our team GPA was 3.64 so they do well academically which makes my job a little bit easier.”

Zhang noted he’s yet to decide on a major but is leaning toward statistics.

“I think for Division III you prioritize academics over sports,” he said. “Our team is very good academically in general.

“I feel like everyone on the team pushes each other to get better.”

Despite Zhang’s success as a freshman, Carlson knows there is room for improvement.

“He needs to get physically stronger (Zhang checks in at 6-feet-1 and 170 pounds) and develop a better first serve,” Carlson said. “He needs to get faster and increase his miles per hour so he can get some free points.

“It’s always a bit easier if you can hold serve.”

That message was not lost on Zhang.

“I’m trying to get in more serves before and after practice,” he said. “I try to hit more serves and also try to go to the gym more often.

Zhang credits much of his success to a private coach (Doug Eng) and Carlson.

“(Eng) helped me a lot with my college application process,” he said. “He was very knowledgeable in that area and has helped a lot of other players as well.

“After every match or practice coach Carlson is available to give lessons which really helps. He’s more focused on tactical aspects like how to deal with losing matches and other stuff.”

Christmas in Bristol promises to be bigger than ever