Principal Joe Hurley has been at Barrington High School for more than two decades. And he’s been working in education for more than 40 years.

But later this year, shortly after he hands out … 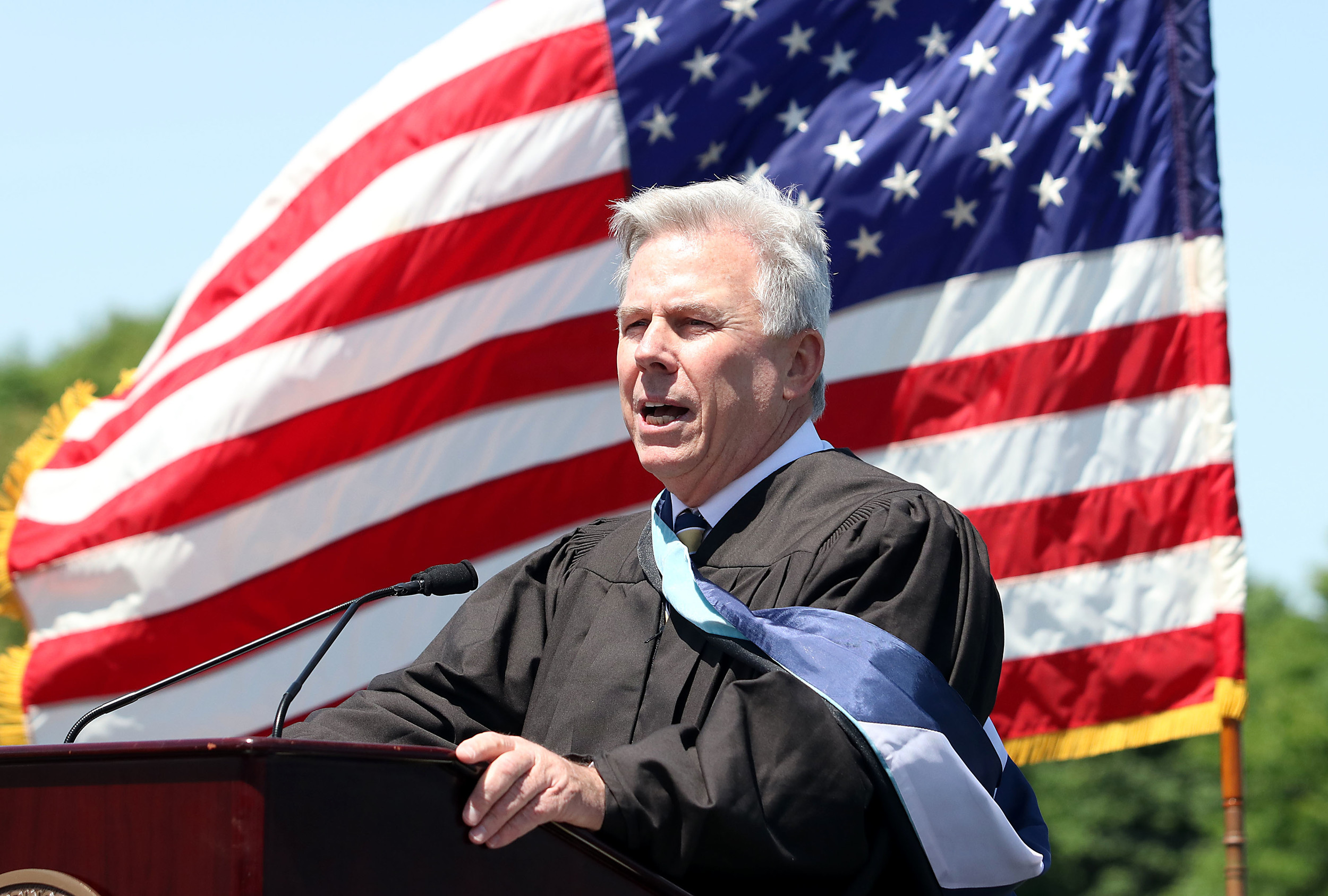 Barrington High School Principal Joe Hurley is shown during a prior graduation. He will retire at the end of the school year.
Posted Friday, January 21, 2022 11:19 am
By Josh Bickford

Principal Joe Hurley has been at Barrington High School for more than two decades. And he’s been working in education for more than 40 years.

But later this year, shortly after he hands out diplomas to the graduating class of 2022, Mr. Hurley will retire.

The longtime building administrator announced his retirement during the Barrington School Committee meeting on Thursday night, Jan. 20. He had submitted his letter of resignation earlier to the superintendent, stating that he will step down after the end of this school year.

Mr. Messore said Mr. Hurley, who will finish out the rest of the school year, has always been 100 percent student-centered, and has worked incredibly hard for students and been very supportive for his staff.

He said Mr. Hurley has always been a great leader for the high school, and a good friend. Mr. Messore said it was going to be very difficult to replace him, adding that Mr. Hurley has a strong institutional knowledge of the school and the community.

“Joe’s played a great role in this district,” he said.

Mr. Hurley thanked the district’s other building principals for attending the online school committee meeting, and “hanging out” until his retirement announcement. He said this is his 23rd year at Barrington High School. He said he spent 19 years in Taunton (Mass.) schools prior to that.

Mr. Hurley said he’s been working in education for 42 years.

Barrington School Committee Chairwoman Gina Bae thanked Mr. Hurley for his work at the high school and wished him the best in his future endeavors. Ms. Bae added that she was not going to say good-bye just yet.

Later in the school committee meeting, Mr. Messore spoke about the upcoming search for the next Barrington High School principal.

He said the search will require a lot of pre-planning, and that the role of the high school principal is a very important one in the district. Mr. Messore said he is bringing on NESDEC (New England School Development Council) to assist with the search. NESDEC is a private, non-for-profit educational organization that focuses in planning and management, executive searches, professional development, legal services and other areas. It was originally established at the Harvard Graduate School of Education and is now a stand-alone corporation. It is affiliated with approximately 300 school districts.

Mr. Messore said he is determined to cast a wide net in the search for the next Barrington High School principal. He said he is “looking to go global” and looking for diversity.

Ms. Bae supported bringing on NESDEC to help with the search, while committee members Amanda Regino Basse and Erika Sevetson said they wanted to make sure NESDEC was prioritizing diversity in the search.

Barrington High School has had only two principals in the last 41 years — Mr. Hurley, and the late John Gray.