And a town-wide speed limit of 25 miles per hour.

These are a few of the action items included in the … 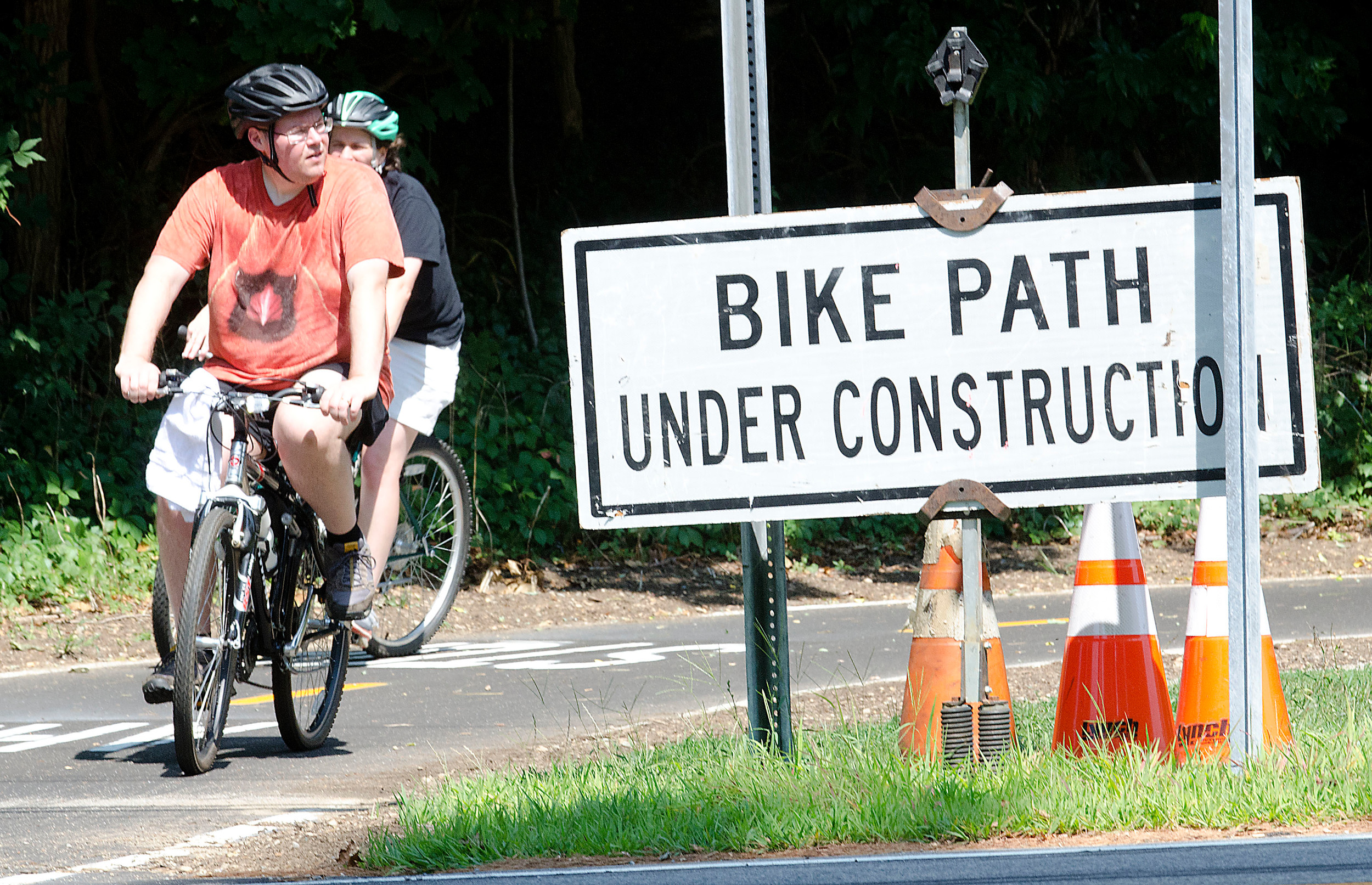 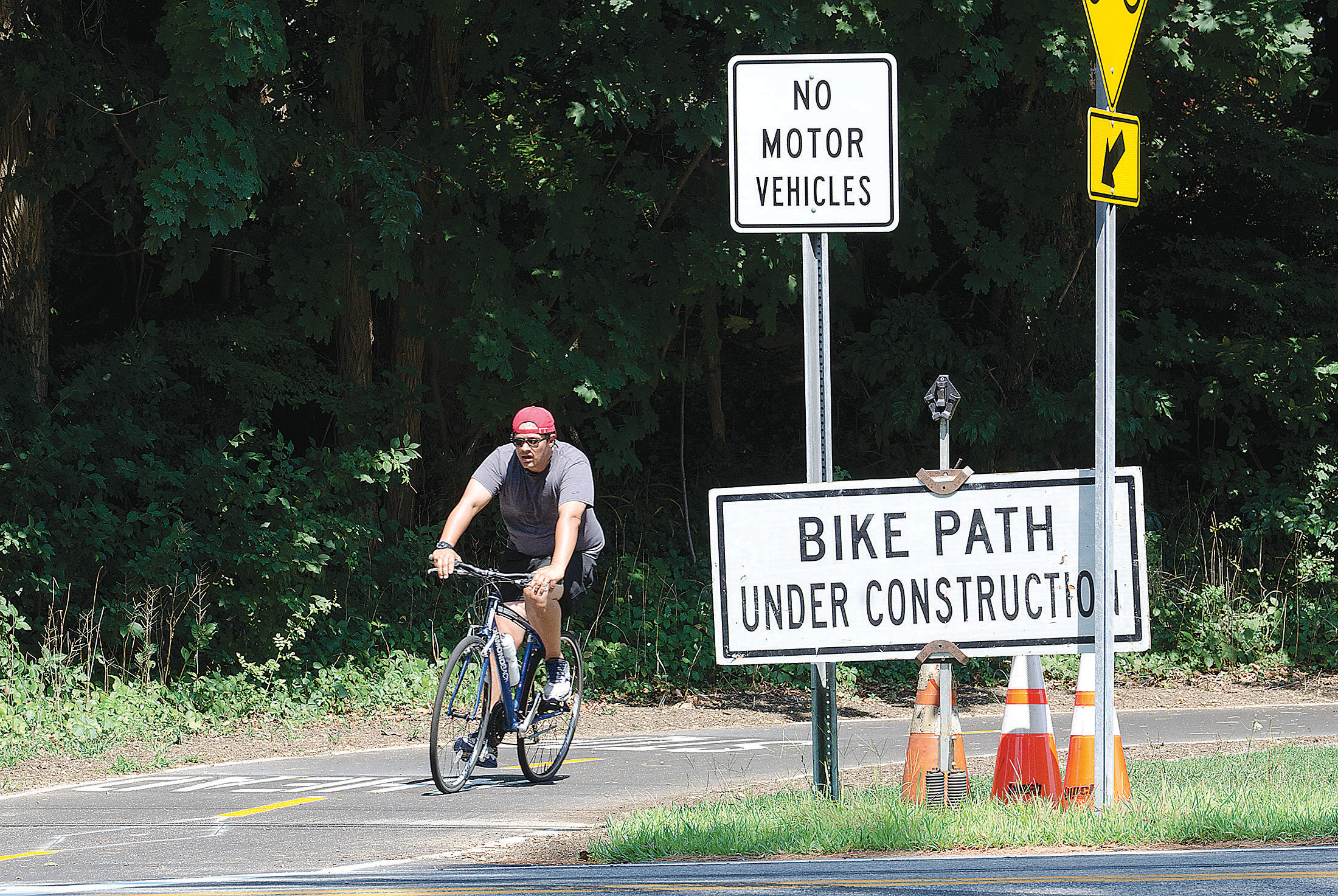 The Complete Streets plan includes information about the number of accidents (reported to police) that occurred at bike path crossings in Barrington between June 2011 and June 2022:

Following are some of the action items included in the Complete Streets plan:

• Upgrade existing bike and pedestrian trails to encourage the use of safe, off-road alternative routes

And a town-wide speed limit of 25 miles per hour.

These are a few of the action items included in the town’s recently-approved Complete Streets plan. Barrington Town Manager Phil Hervey created most of the plan a few years ago when he served as the town planner, approaching it as “an assessment of the known roadway issues” in Barrington and how they could be remedied.

At the top of the list is pedestrian and bicycle safety.

The Complete Streets plan states that Barrington has “an excellent pedestrian safety record, with zero pedestrian deaths in the past 60 years.” However, the town has witnessed many “close calls over the years.”

“Part of the analysis was looking at police incident data from across town,” Hervey said during a recent interview. “It’s not surprising that [the accidents occurred] at the bike path crossings.”

The report tracked information from June 2011 to June 2022: Barrington Police responded to 49 pedestrian and 47 bicyclist (96 total) motorist-involved accidents in town. “These incidents often resulted in injury, some serious, according to the police department…” stated the Complete Streets plan. It added that “Almost 30 percent of the incidents took place at crossings of the East Bay Bike Path.”

Hervey said some of the future planning and design work will focus on how the town can improve safety at bike path crossings.

The town is hoping to create a new committee to further explore roadway issues in Barrington eventually offer recommendations.

Hervey said the Complete Streets plan is a working document that will experience changes over time.

Current Barrington Town Planner Teresa Crean said the Complete Streets plan is part of a nationwide initiative — federal funding is available to states and municipalities that qualify. Crean said Rhode Island — a group of 29 municipalities and led by the RI Public Transit Authority — has already applied for a $5 million federal grant (titles “SS4A, or Safe Streets For All”) which would assist communities in getting road projects shovel ready.

Crean added that Barrington is further along in the process of creating improvements, as the town has already drafted and approved a Complete Streets plan.

There is an additional $50 million in grants available, although it is awarded to Rhode Island, the money would be distributed among the 29 municipalities that were involved in the group application.

Crean said some of the future roadway work has already been identified and added to the “transportation improvement program” run by the Rhode Island Department of Transportation. For example, the state is scheduled to complete Massasoit Avenue upgrades in 2026. Crean said the town would like to accelerate the timeframe for those local projects. She also mentioned improvements to the Lincoln Avenue-Middle Highway intersection; that work is slated to begin in the spring of 2023.

Barrington also has allocated more than $4 million for road and sidewalk improvements on non-state roads. The money was surplus from the $68.4 million bond to build the new middle school. Taxpayers voted to reallocate the funding from the school department to the municipal government.

Much of the Complete Streets plan also calls for increased connectivity — creating more links or pathways between destinations in town.

“The town should capitalize on opportunities to construct off-road multiuse bike/ped paths where feasible,” stated the report. “A priority is South Lake Drive between North Lake Drive and Washington Road, which was closed to traffic in 2021 due to the poor condition of the roadway surface.

One of the main connectors in town is the bike path, and a key piece of the plan is reopening the East Bay Bike Path bridges. About two months ago, state officials committed to replacing the bridges, and design work has already started.

Hervey said some of the connections will be paved roadways while other work could include off-road trails or walking paths. Hervey offered an example: he said a more accessible path could be created linking Kent Street and Sowams School. (There is already a walking path connecting Kent Street with Linden Road.)

“We have an opportunity to make significant improvements,” Hervey said.

The Complete Streets plan also addresses sidewalks in town. It states that Barrington has approximately 17 miles of sidewalks on public roads.

“Since 2015 approximately 1.6 miles of rebuilt sidewalks have been completed in Barrington by the town and state, with funding coming from local bonds and a Safe Routes to School grant,” stated the report. “This work has fixed sidewalks in some of the highest priority areas, but there remain many sidewalks in need of repair or replacement throughout town.”

The Complete Streets plan references sidewalk problems such as gaps in sidewalks, crumbling or missing sections of asphalt sidewalks, and sidewalks that do not comply with the Americans with Disabilities Act.

The plan pays particular attention to the sidewalks near public schools in Barrington.