Marjorie McBride and Karen Cabral voted in opposition, while the remaining members approved her nomination. 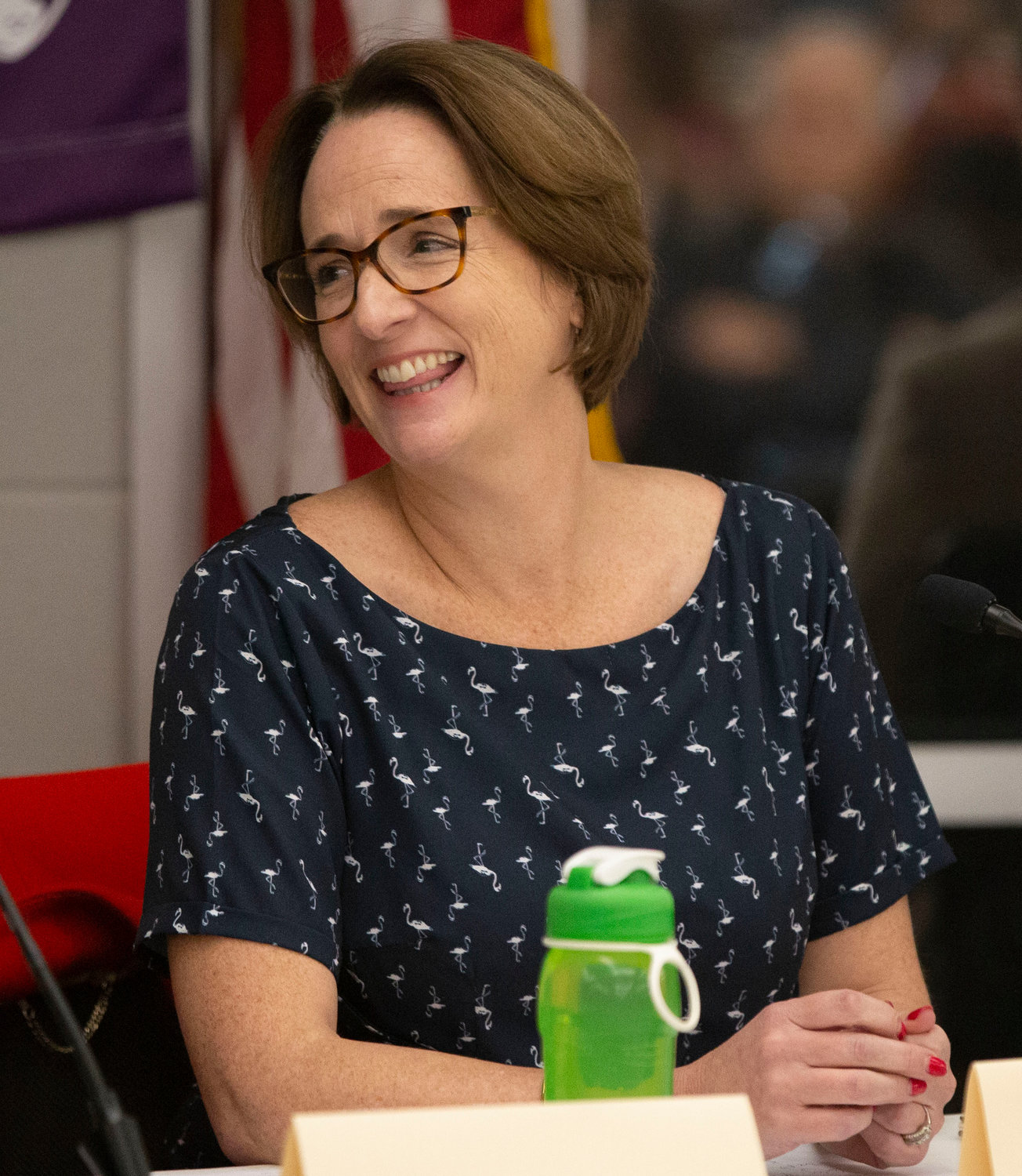 Nicky Piper, who was first elected to the school committee in 2020, was voted the next chairperson of the Bristol Warren School Committee by a 7-2 vote on Monday night.
Richard W. Dionne Jr.
Posted Wednesday, November 30, 2022 3:00 pm
By Ethan Hartley

With seven committee members voting in favor and two voting opposed, Nicky Piper was elected by her peers to become the next chairperson of the Bristol Warren Regional School Committee during the board’s Monday night meeting.

The meeting was the first to feature the three newly-elected and one re-elected members, who were sworn in prior to the leadership votes taking place. Piper was nominated for chair by Sarah Bullard, which was seconded by Carly Reich. Adam McGovern, Kyle Jackson, Jessica Almeida, Tara Thibaudeau, and Piper supported that vote, with former chair Marjorie McBride and Karen Cabral voting in opposition.

Reached Tuesday morning, Piper said the results came after many meetings with new and sitting members of the school committee. “I personally met with all of the new members at least once since they were elected,” she said.

From those meetings, Piper said she was very optimistic about the new committee’s ability to work together towards a common goal of improved student achievement and school environment.

“Immediately, just from talking to one another, I knew that the tenor of this committee could be way different and more collaborative,” she said. “It also became clear that we don’t all think thew same way, but as I’ve said before, I think that’s okay. The committee needs to be made up of people that don’t necessarily think the same way, but can have conversations with one another and work together.”

Piper also spoke about the immense responsibility she feels in having been named to the chair position.

“It’s cliche to say, of course, but it does feel very humbling. It feels exciting because this is sort of the beginning of a new chapter with what I genuinely believe to be great potential. But it’s also quite intimidating. It’s a role where I take the responsibility of it very seriously and I don’t take lightly the faith that has been put in me, and so in that way it’s a little terrifying,” she said. “I don’t take anything I do lightly, and this is a particularly big responsibility.”

Also reached on Tuesday morning, Thibaudeau — who was the other likely candidate to potentially become the chairperson — had nothing but positive thoughts about the new committee and the future ahead.

“I’m very optimistic,” she said. “I’m happy with how everything transpired last night. I think we’ve put ourselves in a position to continue the forward motion we started two years ago. I’m really optimistic.”

Thibaudeau said that regardless of who is in leadership positions on the committee, the goal should remain the same for the committee.
“I think it’s bigger than us and bigger than the people,” she said. “Our goal is ultimately to do what is best for the two communities. I believe Nicky can help us do that.”

Other leadership positions and votes
Following Piper’s appointment, Adam McGovern was then nominated for vice chairperson by Thibaudeau, which was seconded by McBride. Bullard nominated Reich but there was no second. McGovern was approved by a 7-2 vote, with Reich and Bullard voting in opposition.

Almeida was then nominated for treasurer by Thibaudeau, which was seconded by McBride. That vote was approved 7-0, with Reich and Bullard abstaining.