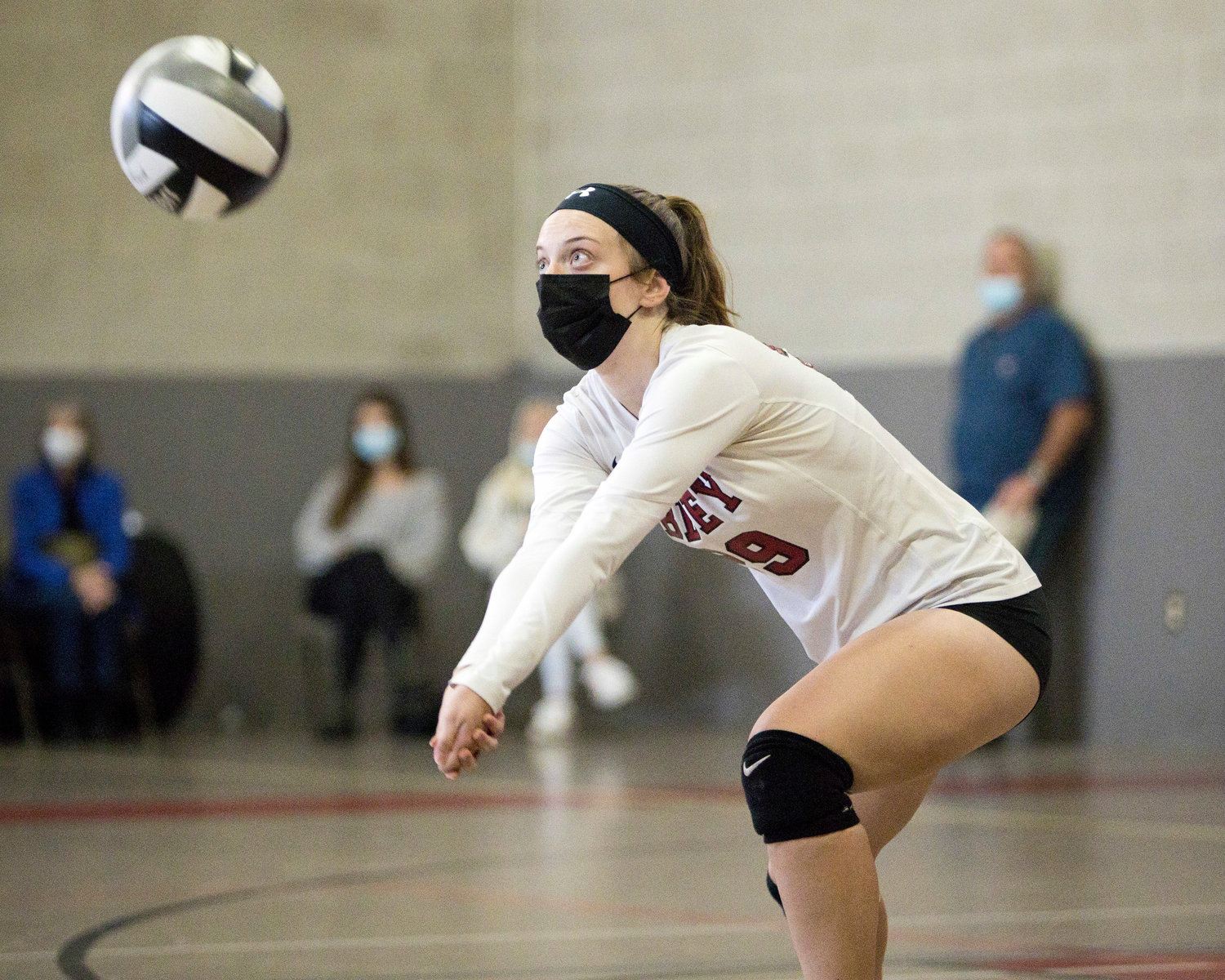 Portsmouth Abbey’s Alex Bordelon receives a serve from a Bancroft opponent during Saturday’s game at home. The Ravens won the match in straight sets.
JULIE FURTADO 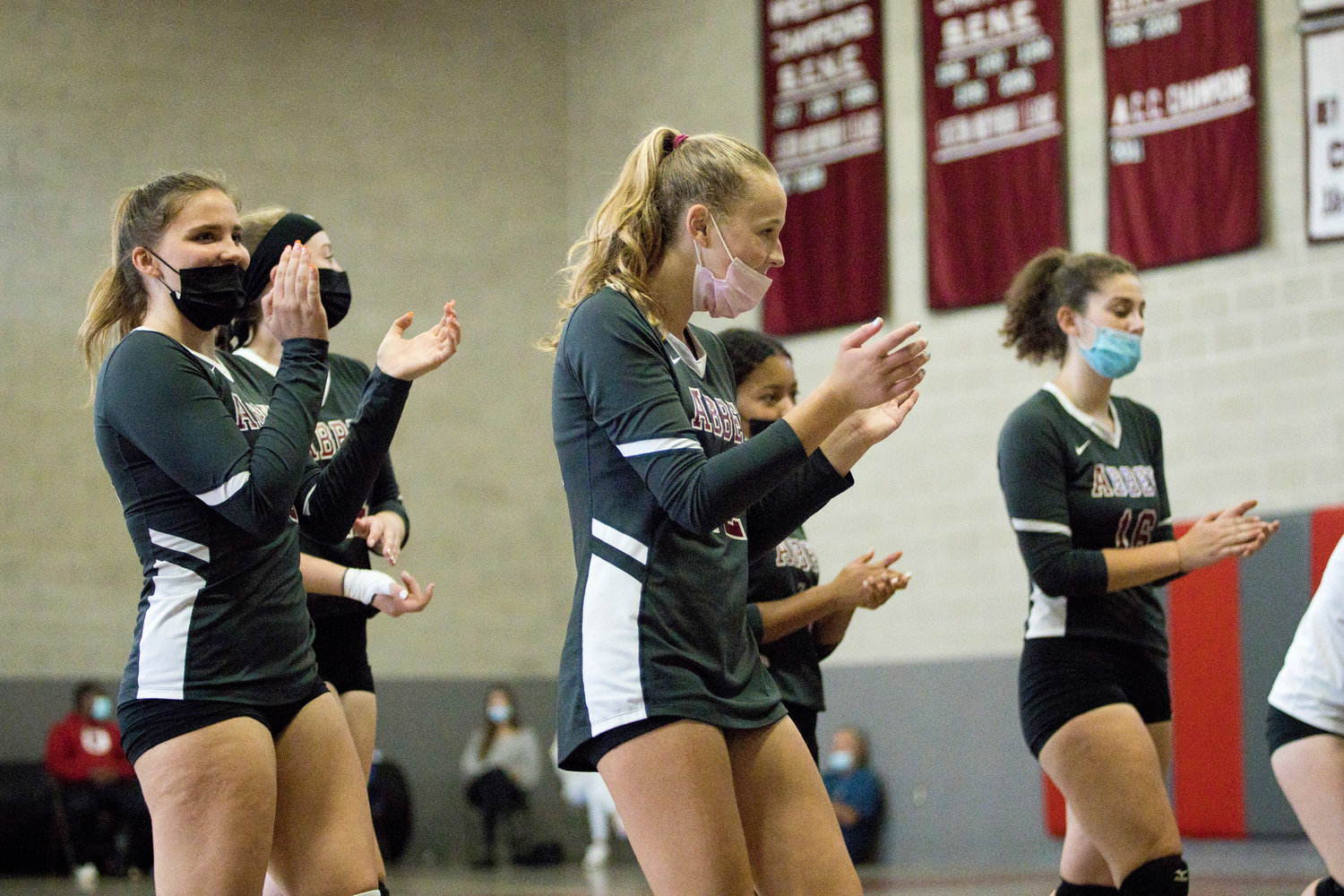 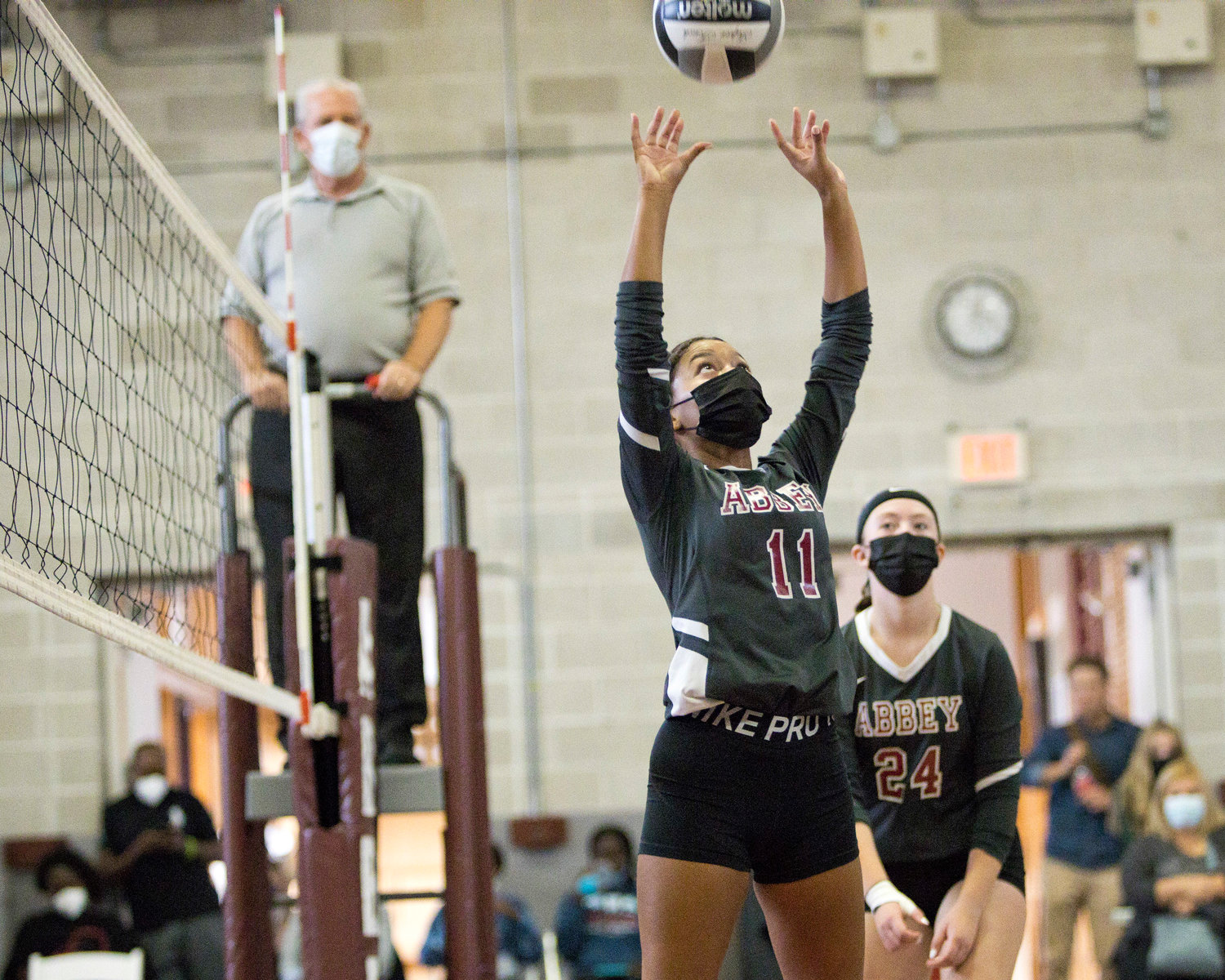 The Abbey’s Sarah Edwards sets the ball for a teammate.
JULIE FURTADO 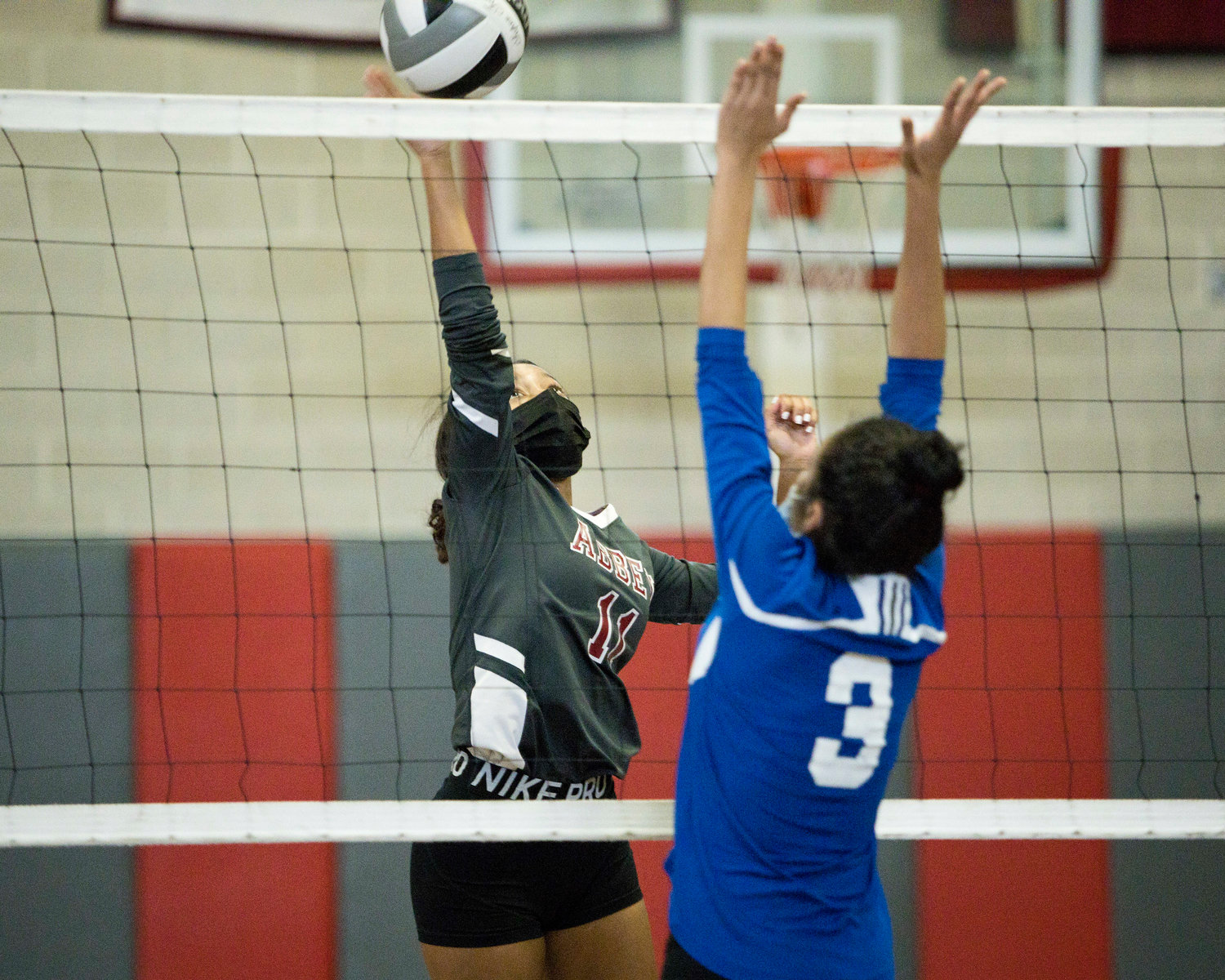 The Ravens’ Sarah Edwards tips the ball back toward the Bancroft side of the net.
JULIE FURTADO 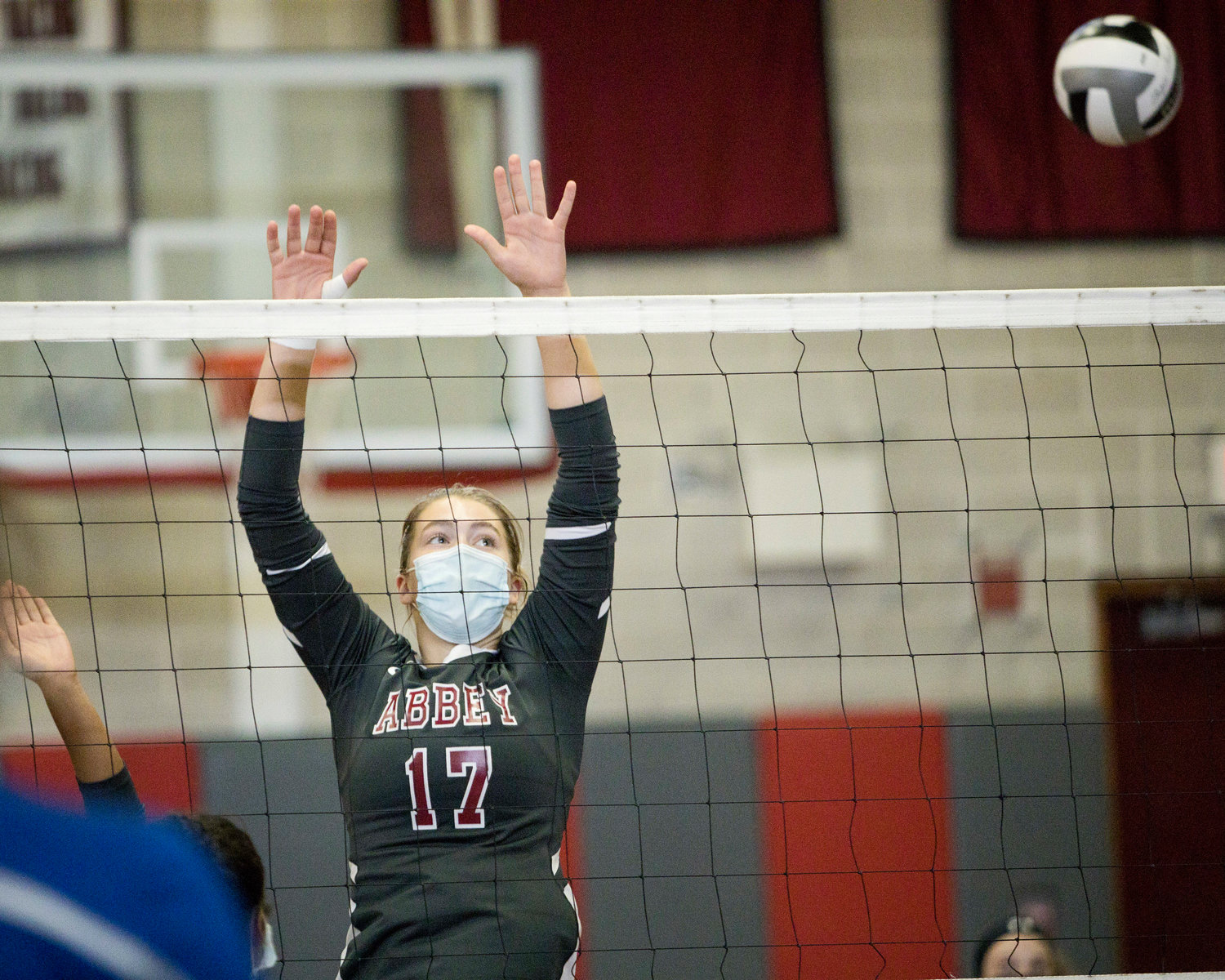 The Ravens’ Merritt Coward blocks the net while playing against Bancroft.
JULIE FURTADO 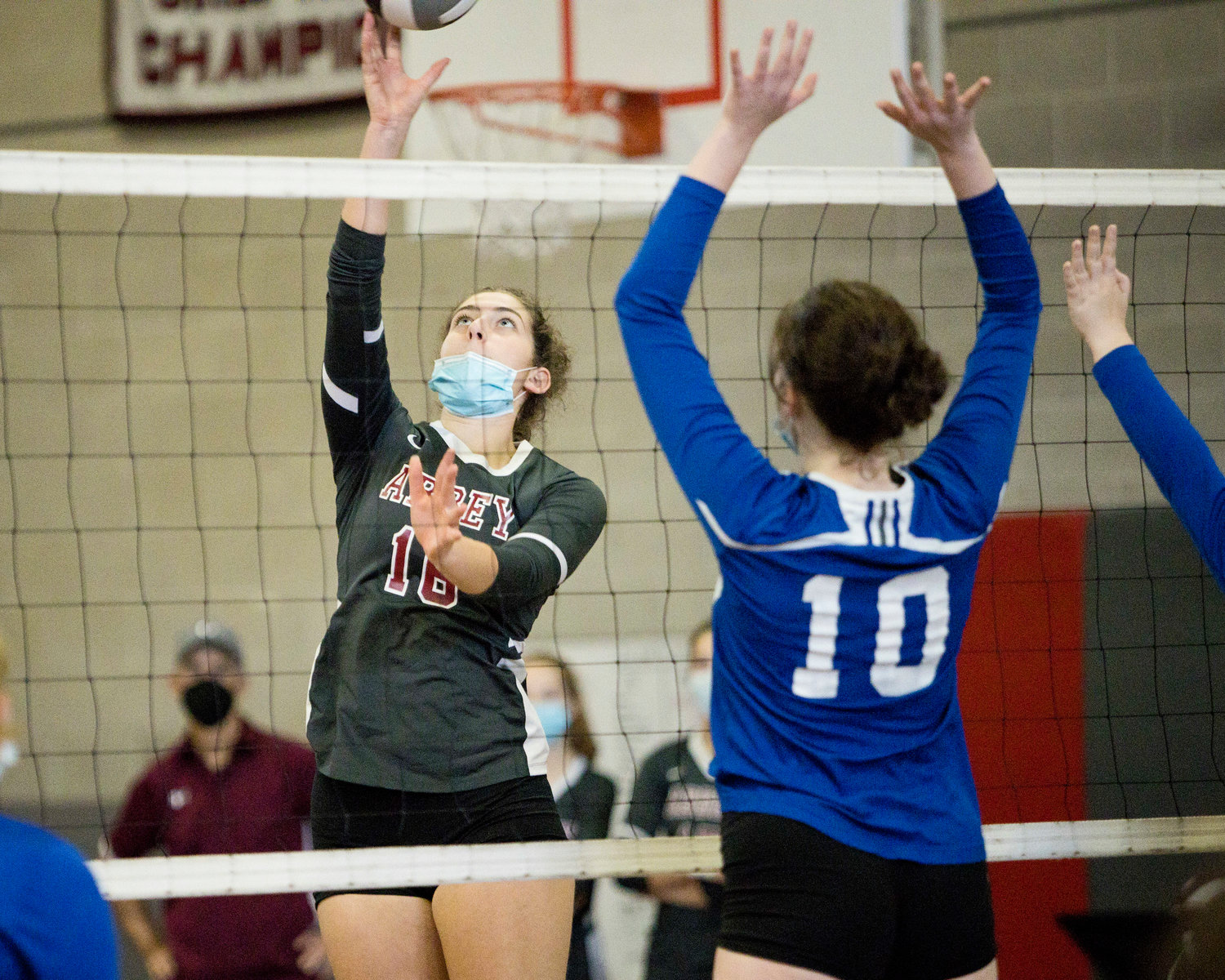 Marisa Scartozzi sends the ball back over the net while rallying with Bancroft.
JULIE FURTADO 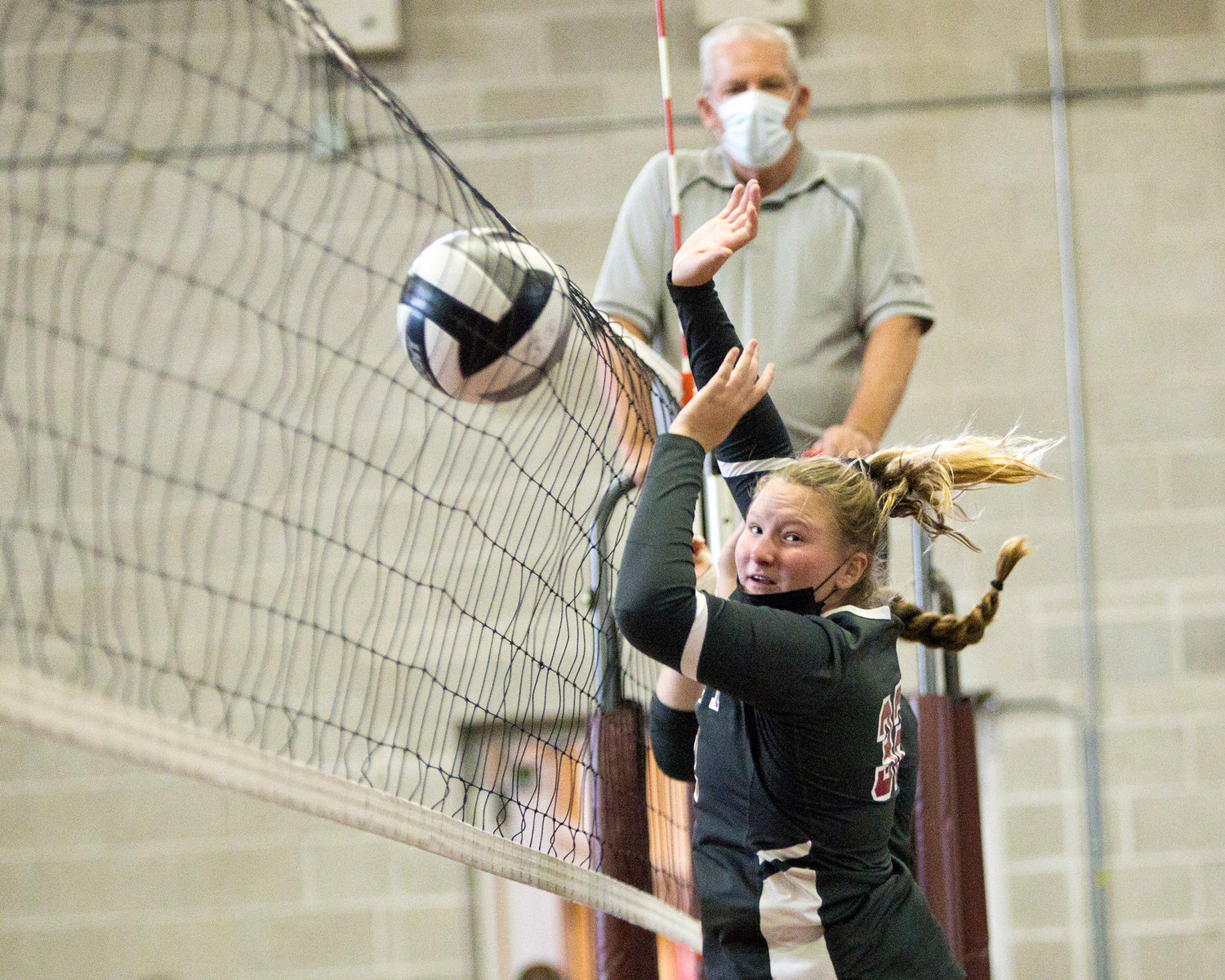 Grace Stencel blocks the net while watching the ball fall short on the Bancroft side.
JULIE FURTADO 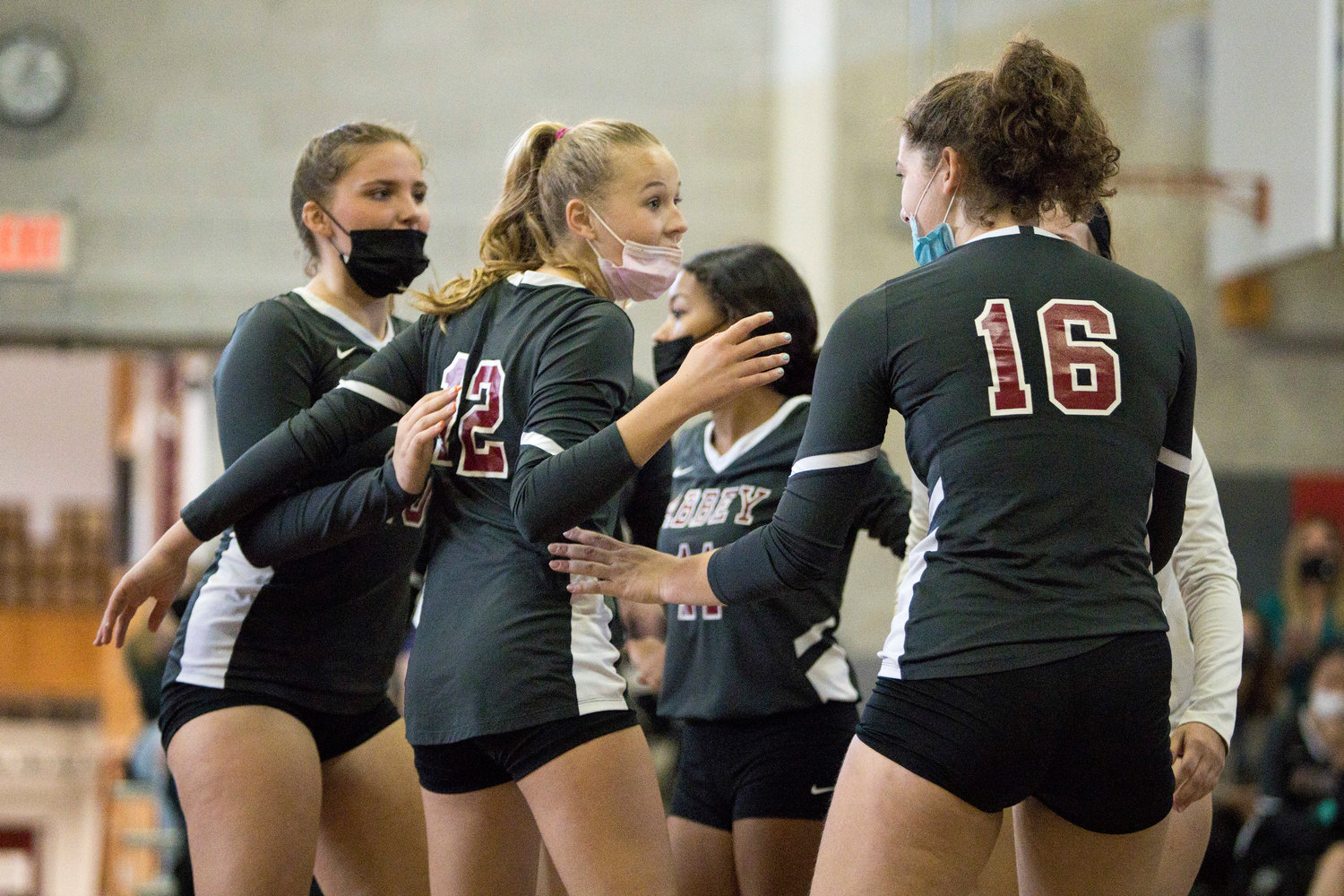 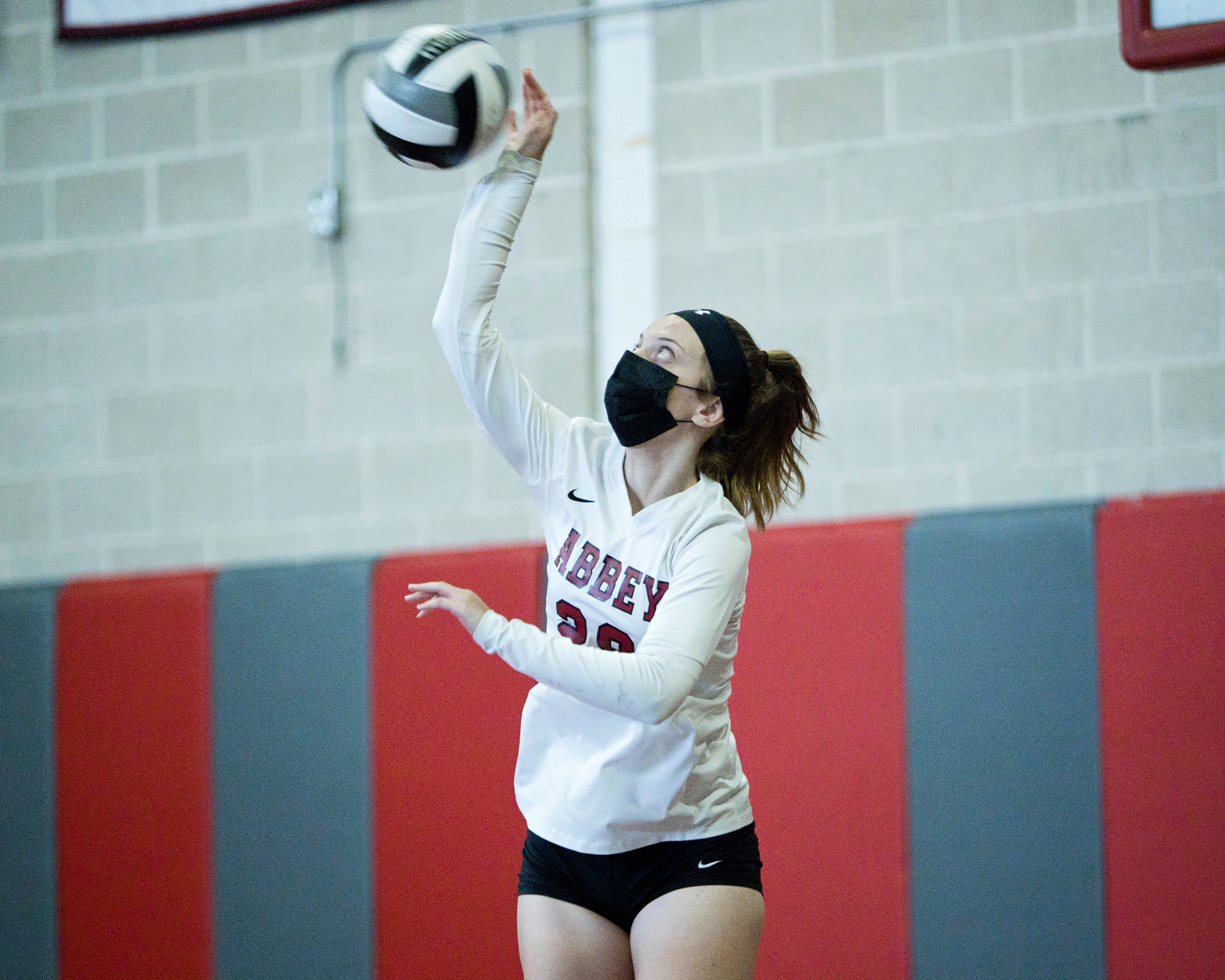 On Saturday, the Ravens improved their record to 13-0 with an impressive 3-0 victory over visiting Bancroft School.

The Ravens’ powerful serving attack set the tone on Parents Weekend and Bancroft's defense was unable to respond through much of the match.

The team, a member of the Eastern Independent League (EIL), started the season with a 3-2 win over Winsor School and hasn’t lost yet with only a few remaining regular-season games left on the schedule. The Ravens’ 13 wins include six shutouts thus far.

The squad began as a club team during the 2017-18 season, and due to its popularity became a varsity sport the very next season. During its second season, the team came just win shy from the New England tournament. The squad also won the Sportsmanship Award out of the 16 teams in its class.