Would be built out from new Maritime Center

Faced with a long waiting list for Bristol Harbor boat dock space, a push is on to expand the town’s existing dockage by 110 slips.

Would be built out from new Maritime Center 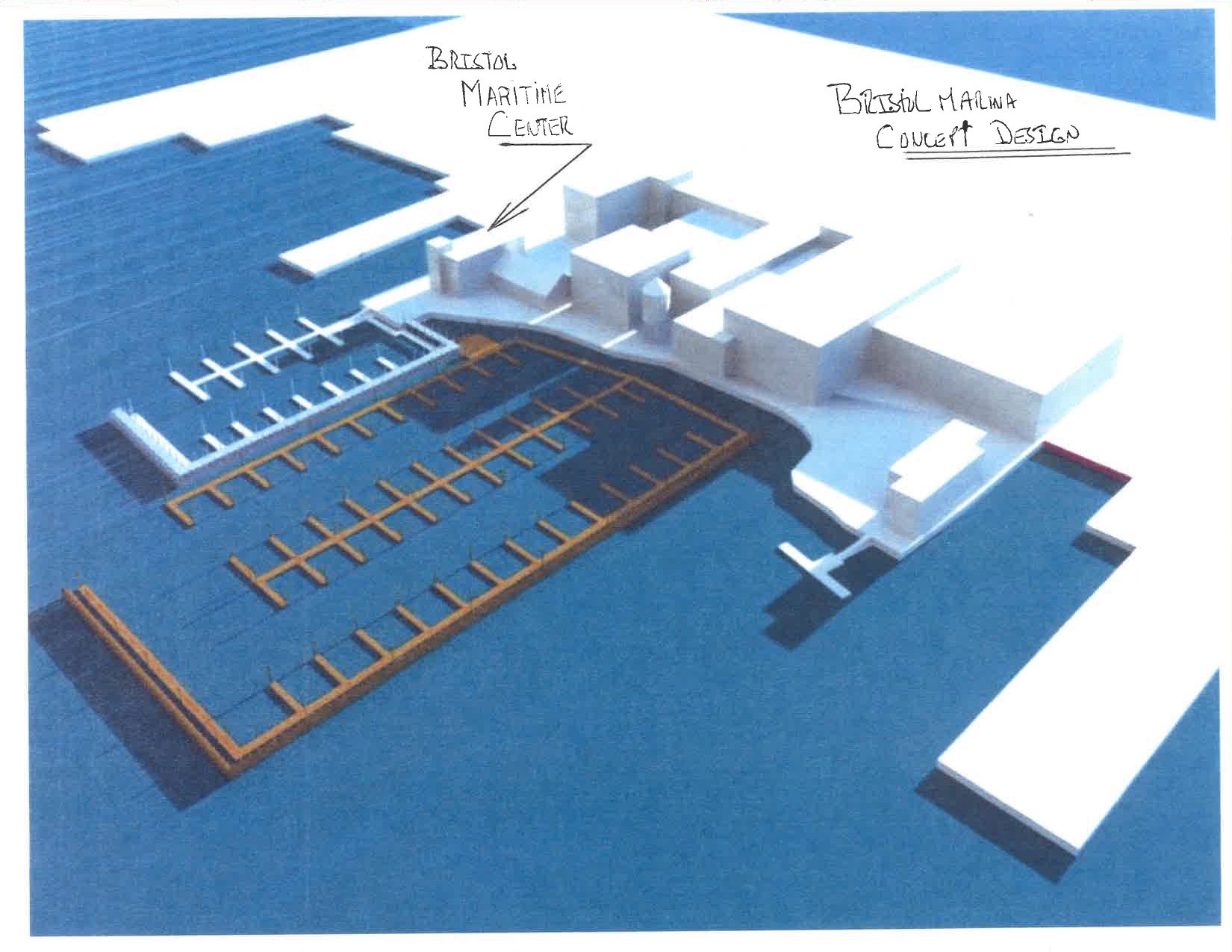 Drawing of the proposed Bristol Marina, set out from the new Bristol Marine Center that is expected to open this spring.

Davisville is now a top ten US port for car imports and is moving up the ranks fast.
Previous Next
Posted Friday, March 11, 2016 12:00 am
By Bruce Burdett

Faced with a long waiting list for Bristol Harbor boat dock space, a push is on by Bristol officials to expand the town’s existing dockage by 110 boat slips.
The town’s Harbor and Economic Development commissions last week unveiled a dock expansion proposal for the area off the west end of Church Street.
The new docks would be located alongside the existing Rockwell docks and out from the new Bristol Maritime Center which is expected to open in May.
Both commissions unanimously approved sending the dock plan along to the Town Council with a recommendation to move “the new Bristol Marina from the drawing board to reality.”
They said the need is demonstrated in part by a waiting list of 100 people for dock slips.

US Watercraft open house
US Watercraft hosts Saturday open house
USWatercraft will open its doors this Saturday, March 5, from 10 a.m. to 4 p.m. for a behind-the scenes look at the combination of high-tech construction and craftsmanship that goes into each of its boats.
Visitors will be given a guided tour of the Warren factory and learn about the build process and meet the of boatbuilding experts and customer service team.
The builder of True North Yachts, Alerion Yachts, C&C Yachts, and North Rip Boats, USWatercraft produces luxury power and sail brands, as well as grand-prix racing sailboats and sport fishing boats.
While different in design, they share a common denominator - each hull is built to exacting standards using the high-tech, efficient resin-infusion construction process. Visitors will also see the carpentry shop, “where modern CNC machining meets old-world craftsmanship, resulting in some of the most beautiful interior work on the market.”
Tours run every hour with the last starting at 3 p.m. Finished yachts are also on display throughout the day, and several ondustry partners will showcase their latest products. As a licensed builder for JBoats, USWatercraft will also have a new J/22 on display.
The event is free and open to the public. For information and directions, visit uswatercraft.com. USWatercraft is located at 373 Market Street, Warren — (401) 247-3000.
Finished yachts on display:
Alerion Cruising 41
Alerion Sport 30
Alerion Express 28
Alerion Express 20
North Rip 30
North Rip 21
True North 34 Outboard Express
C&C 30 One Design
J/22


Davisville breaks car, ship arrival records
The Port of Davisville achieved its sixth consecutive record breaking year for automobiles imported by ship in 2015.
Now consistently one of the top 10 auto ports in North America, Davisville has experienced 547 percent growth over the past 20 years.

"For a vision of what is possible in Rhode Island, we don't need to look any further than the Quonset Business Park, where nearly 11,000 people work at over 200 companies," said Gov. Gina Raimondo.  "The Port of Davisville is one of our state's most important assets and today's announcement is another example of how Rhode Island can be a leader on the global stage."
There were 227,021 automobiles imported at the port last year, surpassing the previous year's record by 48,806 vehicles.  An additional 42,150 vehicles arrived by rail and truck for a total of 269,171 autos.  The import figure reflects a 27% increase over the 2014 record of 178,215.  The amount of cars imported is now more than six times the volume seen at the Port just two decades ago.