Most applaud DOT’s revised bridge replacement plan, though some worry that it’s still not enough

“The new traffic plan would still clog up the town to the detriment of businesses, and the elevation of the roadbed is not high enough to accommodate sea level rise.”

Most applaud DOT’s revised bridge replacement plan, though some worry that it’s still not enough 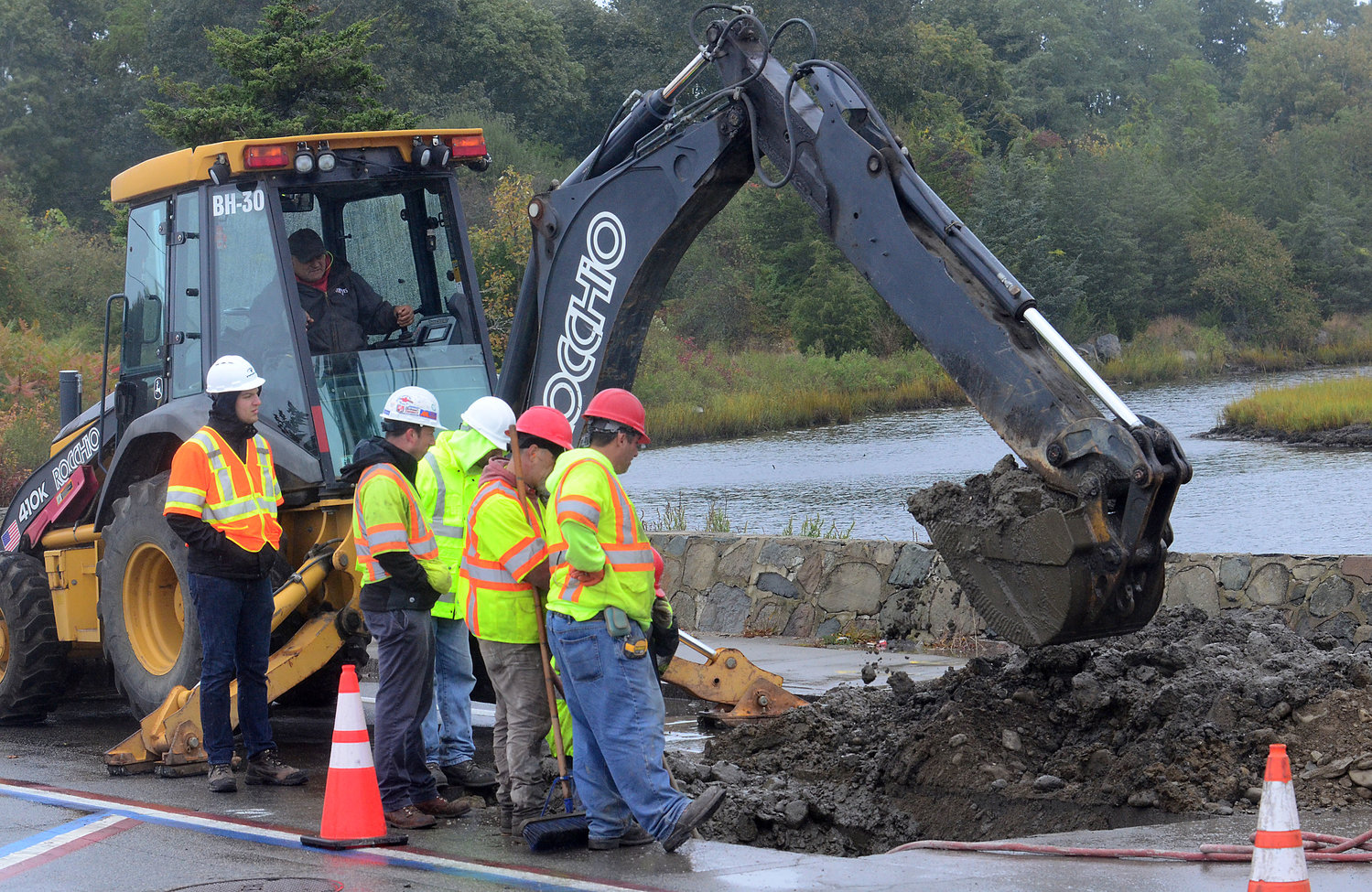 The new traffic plan would still clog up the town to the detriment of businesses, and the elevation of the roadbed is not high enough to accommodate sea level rise.”
Patrick Barosh
By Christy Nadalin

After the news broke last Wednesday that discussions between town officials, a private contractor and the Rhode Island Department of Transportation (DOT) resulted in a plan that will allow a lane of traffic to pass over Silver Creek bridge throughout next summer’s construction project, reaction from the community was (mostly) positive.

“I am truly relieved and thrilled that the powers that be worked together to make this happen,” said Susan Battle, executive director at Linden Place. “So many people find us by driving through town or walking by. I couldn’t help but think it was going to a really rough year if they closed that bridge.”

“This is certainly a positive move in the right direction,” said Jeff Hirsch, owner of The Lobster Pot. “The idea of a main road closure, especially during Bristol’s busiest time of year, was not realistic. I am sure this new plan will be received much more positively by residents and businesses.”

“What we have is not a perfect solution to the road closure, but a good compromise to at least keep one lane open at all times,” said Stephan Bridgidi, a downtown business and commercial real estate owner who was a vocal opponent of the original plan.

Mr. Brigidi co-signed a letter with Jen and Chip Cavallaro, owners of The Beehive, expressing their gratitude to both the local town officials and the DOT for coming up with more workable solution.

It appears that traffic will not be passing through in both directions when bridge replacement begins next summer. The DOT’s preliminary plan is for southbound traffic to flow unimpeded into town, while northbound traffic will be detoured for the final phase of the project, which was previously expected to completely close the bridge from July 6 through Aug. 28 of next year.

Workers are currently onsite doing prep work for the eventual bridge replacement, including utility, sewer and water line relocation. This phase one is expected to conclude in February, 2020. Following that, residents should expect one lane of closure through the remainder of the project, with attendant delays, with the exception of June 19 through July 5, when the bridge will be open in both directions for the Fourth of July celebration.

The additional cost for the plan to keep the single lane open for the final phase is $300,000, which is within the contingency budget for the project.

Patrick Barosh, a Bristol resident and engineer who has been pitching alternate ideas for the project since its inception, is not entirely sold. “DOT is to be congratulated (for being) willing to make some changes, but they do not go nearly far enough and leave serious problems unresolved,” he said.

“The new traffic plan would still clog up the town to the detriment of businesses, and the elevation of the roadbed is not high enough to accommodate sea level rise.”

Calling the expected sea level rise “easily predictable,” Mr. Barosh noted that DOT has received a large influx of funds to combat climate change and sea level rise, yet here is a project liable to soon be impacted by exactly those issues, yet they are not addressed in DOT’s plan. “It is real, well known and must be addressed,” he said.

“I am sure that given a chance, the engineers in DOT could come up with a satisfactory solution to building an appropriate bridge without disrupting the town,” he said. “The town just needs to insist that they do.”

Mr. Barosh also noted that the town is missing an opportunity to beautify the area at little cost by bundling overhead wires with the other utilities alongside the bridge.

“DOT has worked well with other towns to satisfy their concerns, and they could do so for Bristol.”