A Main Street vacancy won’t remain vacant for long, as the owners of Water Street’s The Square Peg have received Town Council approval for a business and liquor license to operate another … 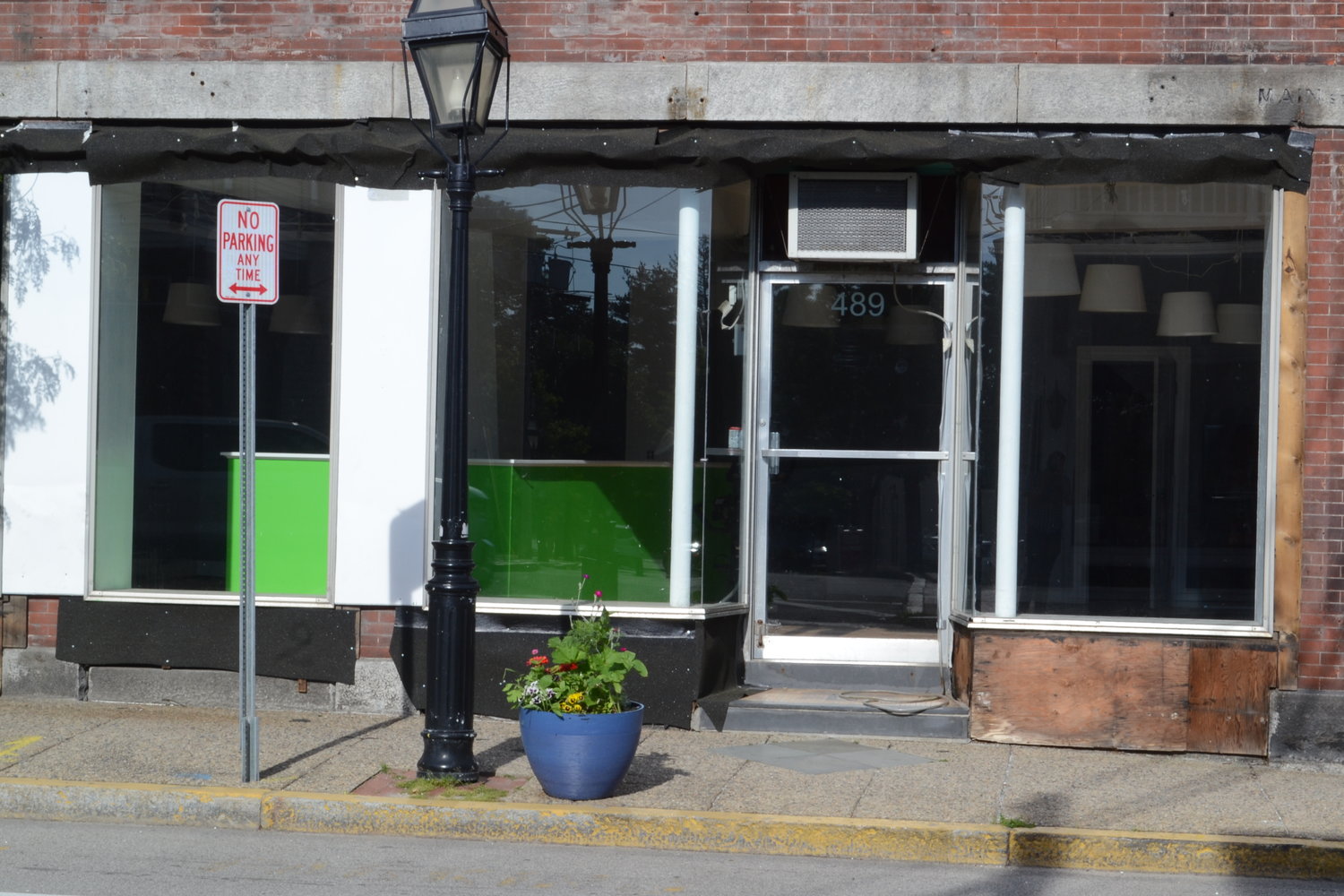 Stingy Alley, operated by Square Peg owners Joel and Amy Cary, will open potentially as soon as this fall or winter (if all goes to plan), at 489 Main St., where Sprout CoWorking used to be.
Posted Friday, June 24, 2022 3:13 pm
By Ethan Hartley

A Main Street vacancy won’t remain vacant for long, as the owners of Water Street’s The Square Peg have received Town Council approval for a business and liquor license to operate another eatery, which they’ve dubbed Stingy Alley. It will be located at 489 Main St., the former site of Sprout CoWorking.

“About four or five years ago, I started harassing Amy to open up something else in town, like a pared down version of Square Peg,” said owner Joel Cary to the Council. “Something a little more low-key.”

The description on the paperwork filed with the town describes Stingy Alley as a spot where patrons can get appetizers and alcoholic drinks. They said that there would be room for up to 40 seats inside. The Council inquired about their plans to have outdoor seating, to which Cary responded they were aware of the potential to create a sidewalk obstruction and that they were not adamant on providing outdoor seats if it became an issue.

“We don’t want to upset anybody — never have,” he said. “We’re trying to be good neighbors.”

Cary described an interesting concept of eventually allowing some of their employees, many of which have been with them for years at The Square Peg, to become partner owners of the new business.

Town Solicitor Anthony DeSisto said this would require additional Council approval down the line in order, to which Cary responded they were only considering their options at the moment, and for now the business would be owned and operated by him and his wife.

“We wanted to stay local,” he said. “We love Main Street, we love the town, so that’s sort of where we’re at.”