The Art of the Ask – Setting prices on priceless properties

How do agents set prices on properties most would consider priceless? Their secret sauce blends science with instinct 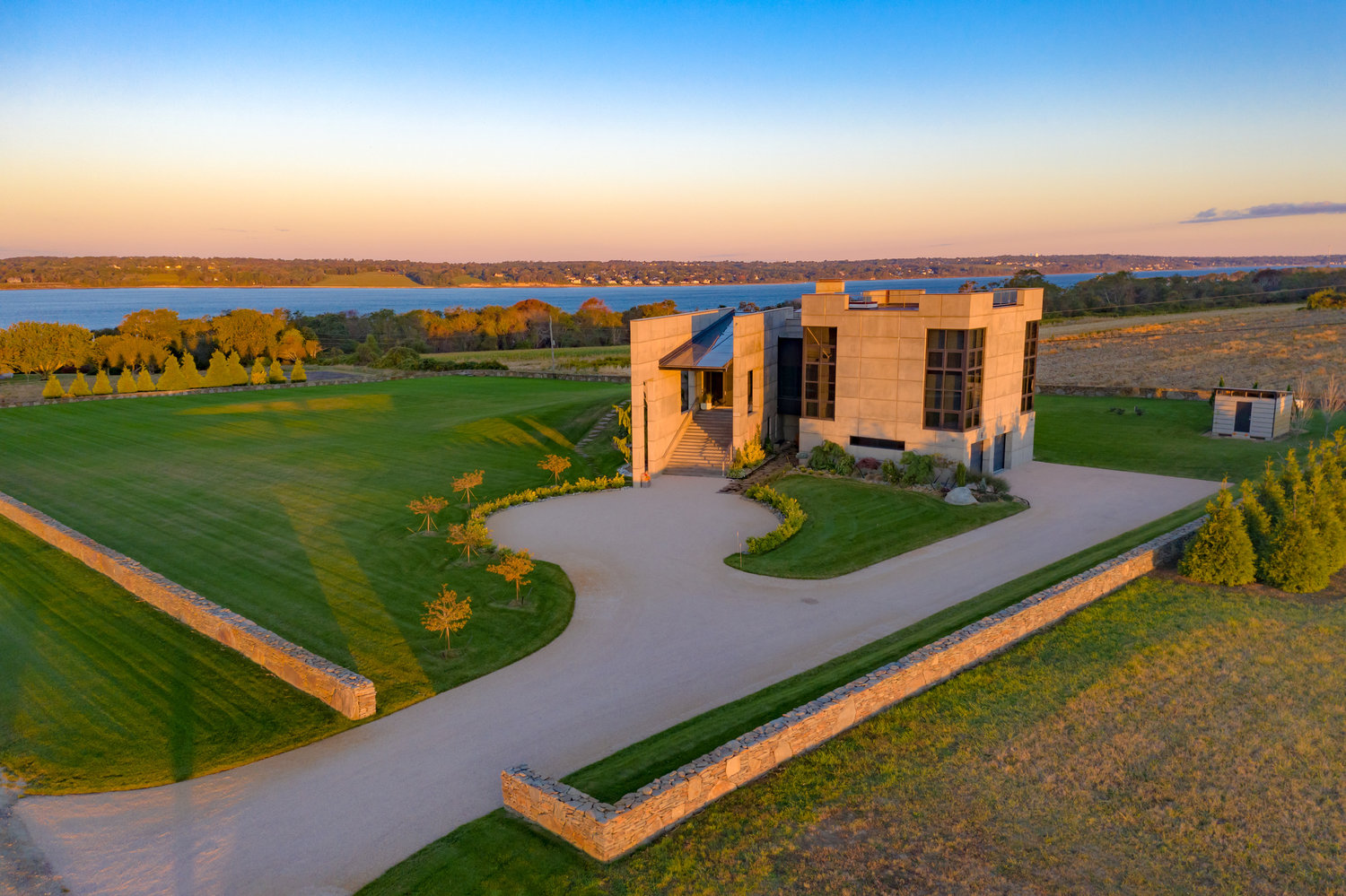 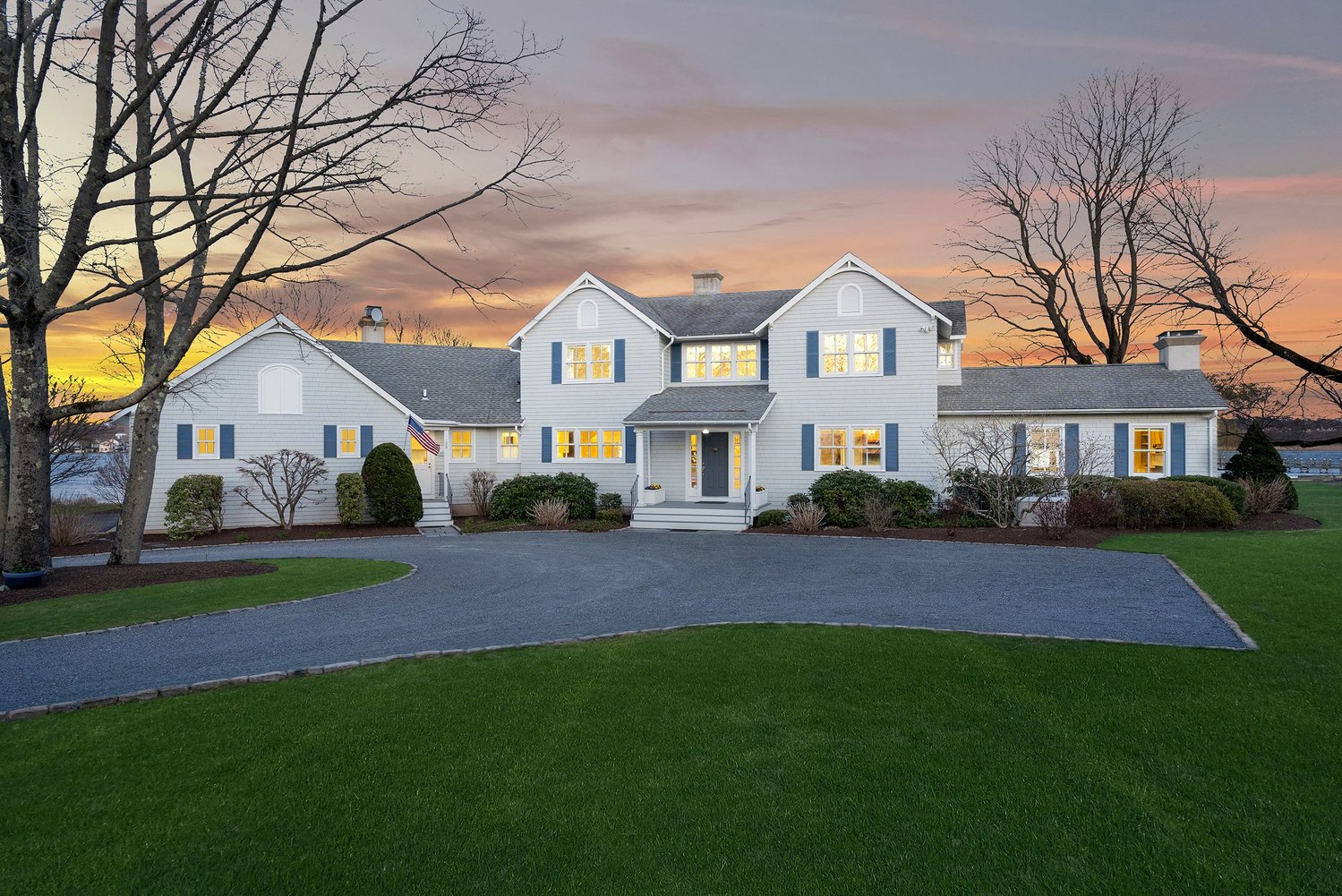 Midge Berkery sold this home on Adams Point in Barrington for $2.25 million. “It’s such a beautiful home, and it had everything … a dock, some privacy,” she said. They got the price right — it listed and sold quickly with more showings than they would typically see. 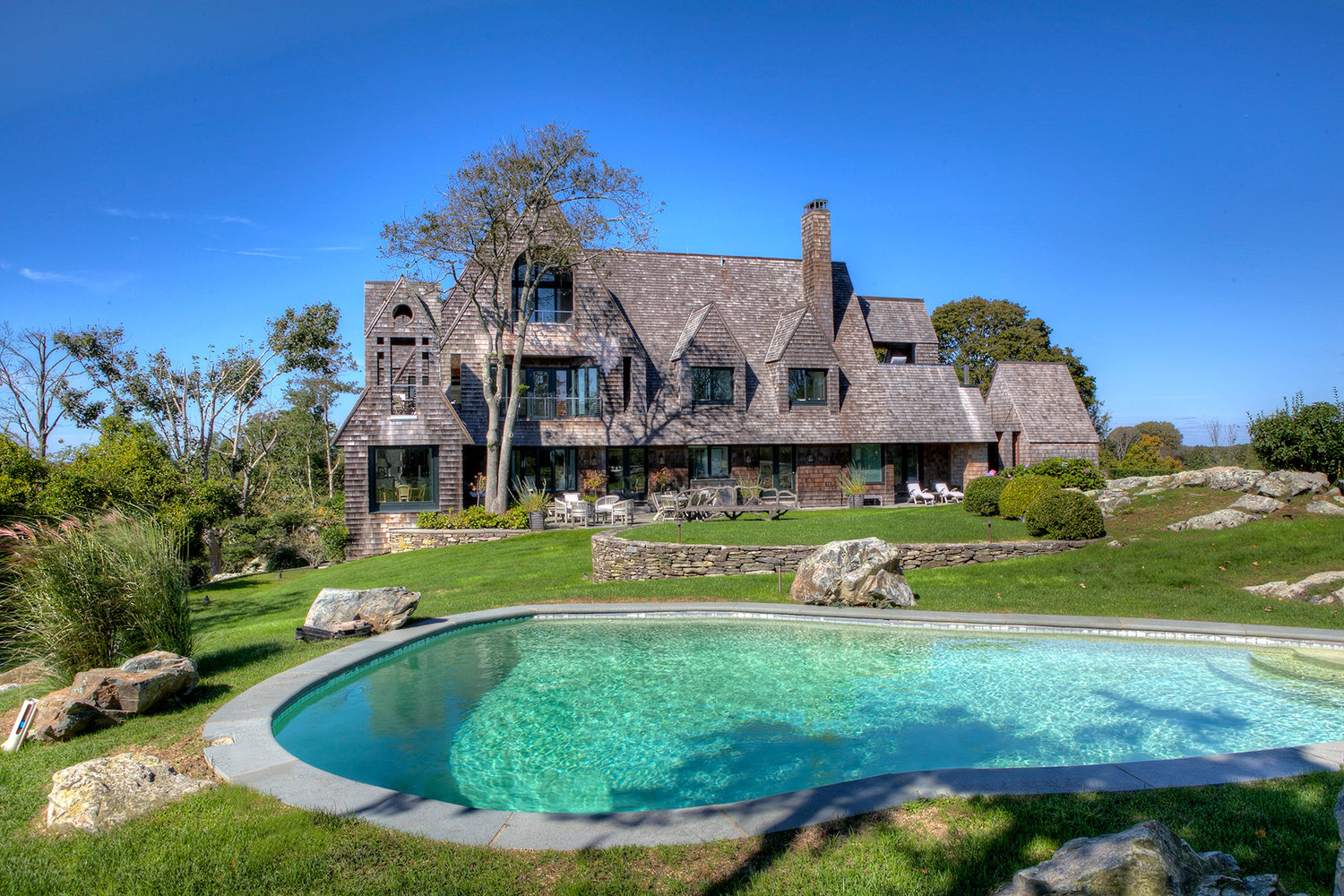 This Newport home, set on the highest point on the island with spectacular views in all directions, spent almost two years on the market before it sold this summer for $6.65 million. Agent Kate Greenman said buyers for a place like this are very smart and will know the right price for these exclusive properties.
Previous Next
Posted Friday, December 18, 2020 6:00 pm
By Scott Pickering

Try figuring out the value of a four-bedroom Colonial in Barrington or a two-bedroom condo in Bristol. It’s pretty easy. Adjusting for the variables of location and condition, you can easily find 100 comparable properties — “comps,” as they’re commonly known — that have sold in the recent past.

Now try figuring out the value of a 10,000-square-foot mansion nestled in a private compound overlooking the ocean in Little Compton or Middletown. Good luck finding the comps.

So how do agents and sellers decide where to set the price for a property most would consider priceless? Is it science? Is it research? Is it instinct? Is it wishful?

Three agents working at the top of the market talked about the secret sauce — that combination of research, experience and raw instinct — that guides them as they price the rarest of properties.

Broker Renee Welchman of Welchman Real Estate Group faced one of the toughest pricing decisions of her life not long ago. The property named “Brutaliste sur Mer,” recognized as one of the most unique and spectacular homes anywhere in Southern New England, was coming on the market for the first time.

Simply put, there is nothing else like it. Rising from a hilltop across from Sakonnet Vineyards in pastoral Little Compton, it is a piece of art, fashioned in a style reminiscent of Frank Lloyd Wright. Some of the locals reject it as too stark a contrast from the farmhouses and oceanfront villas of the region, but it is a home like no other.

The current owners built it as a blend of luxury living, state-of-the-art technology and devotedly eco-friendly design. It has no peer.

“It took me three weeks to wrap my head around this,” Welchman said. “The first part was a three-hour consultation, where we went room by room, and we talked about absolutely everything. Not only is the location spectacular, but everything in this house is spectacular, and everything is eco-friendly.” They did a deep dive into the design, the materials, the eco-friendly features. Then Welchman went off to do her research.

An accountant before she was an agent, Welchman loves digging into the numbers. Though the house has no comps in Little Compton, she found comps around the country.

“The owner was really helpful. He designed this house, he general-contracted it, and he’s built several of these. So he was asked to consult not long ago on a similar house in Lincoln, Mass,” Welchman said. That house recently sold for $5.9 million, and it was just a shell — not finished on the interior. Taking the analysis a step further, they contacted multiple contractors familiar with this type of construction who estimated another $3 million to $4 million to finish it.

Then Welchman researched the architect’s other projects, several of which are in Connecticut. She looked at what those properties sold for.

Then she looked at similar properties on Long Island, in The Hamptons. She called brokers in those areas and asked for their insights.

Finally, she had a few raw numbers in front of her. “I sold him the land, and I know what that’s worth today. He built the house, so he knows the true cost value,” Welchman said. Put those two numbers together, and it’s a foundation for a price.

Yet despite all the research and all the data, the final number is still a leap of faith. “In the end, yes, there is a gut feeling to it. I know what the market will bear,” she said, but that remains theory until it is proven.

“In this particular case, there’s probably just one buyer for this property. And we’re trying to find that one buyer and start a conversation.”

Midge Berkery of Mott & Chace Sotheby’s is one of the top agents in Barrington, and she often works at the high end of the market. Though Barrington is known as one of the most exclusive communities in the region, its real estate market never reaches the heights of places like Middletown, Jamestown or Narragansett. Perhaps the difference between “bay-front” and “oceanfront” is worth a few million dollars, as those other places often see sales north of $10 million, while the most expensive sales in the history of Barrington have been between $4 million and $5 million.

She relies on those comparisons, as well as deep, intimate knowledge of the town. And though most people would consider a $2.5 million home as the domain of folks who don’t fit the profile of the typical nuclear family in Barrington, that’s not always the case. Berkery sees many families, even at this high end of the market, looking at Barrington for its schools and its community vibe.

“We’re definitely seeing people calling from New York or Boston or even California,” she said. “They’re looking at these beautiful homes, and they’re willing to spend money.”

Given the interest from buyers, and the ongoing shortage of inventory, Berkery said this is a time to be a little more aggressive with prices, within reason. She believes the pool of Barrington buyers is deep up to about $2.5 million, but it gets much shallower past that price.

Having said that, the right property, in the right condition, with the right waterfront access, dock, etc. could sell for north of $3 million in this market. They just need the listings.

“I’ve got tons of buyers, but there isn’t much out there,” she said.

Kate Greenman of Gustave White Sotheby’s has been involved in the highest sales in both Middletown and Portsmouth this year. She follows a process that always begins by spending extensive time with the property and the sellers. Next come the comps, as well as feedback from other Realtors and colleagues. On Aquidneck Island there are always comparable sales, and this year, with the surge in interest throughout the region, there are more than ever.

“There are times when you reach, thinking something is so great, and the market tells you differently,” Greenman said. A few years ago, she listed and sold the Newport home that Judge Judy bought. But their first price was wrong. “We came up with a price, and it wasn’t right. We were a few million dollars off,” she said.

After many years in the business, she has a very high perception of the buyers at this end of the market. “These buyers are really smart people, they understand the markets, and I don’t think they tolerate you inflating these prices.”

Of course this year the market may have tipped toward the sellers. “I feel like our well kept little secret is out, especially for out-of-state buyers,” Greenman said. “I have seen more buyers from California this year than ever before.”

Greenman said she and her colleagues always analyze the inventory. “We’re always looking at the supply,” she said. “The supply was decent at the beginning of the summer, but it is greatly diminished now.”

Lots of buyers and low inventory … it’s a formula for those high prices to remain high.