Annual 4th tradition throws it back to the mid-19th century

Throwback baseball from a bygone era took its turn last Saturday on the Bristol Town Common under sunlit skies and windy conditions.

In the end, the visiting Lisbon Tunnelmen of Connecticut …

Annual 4th tradition throws it back to the mid-19th century 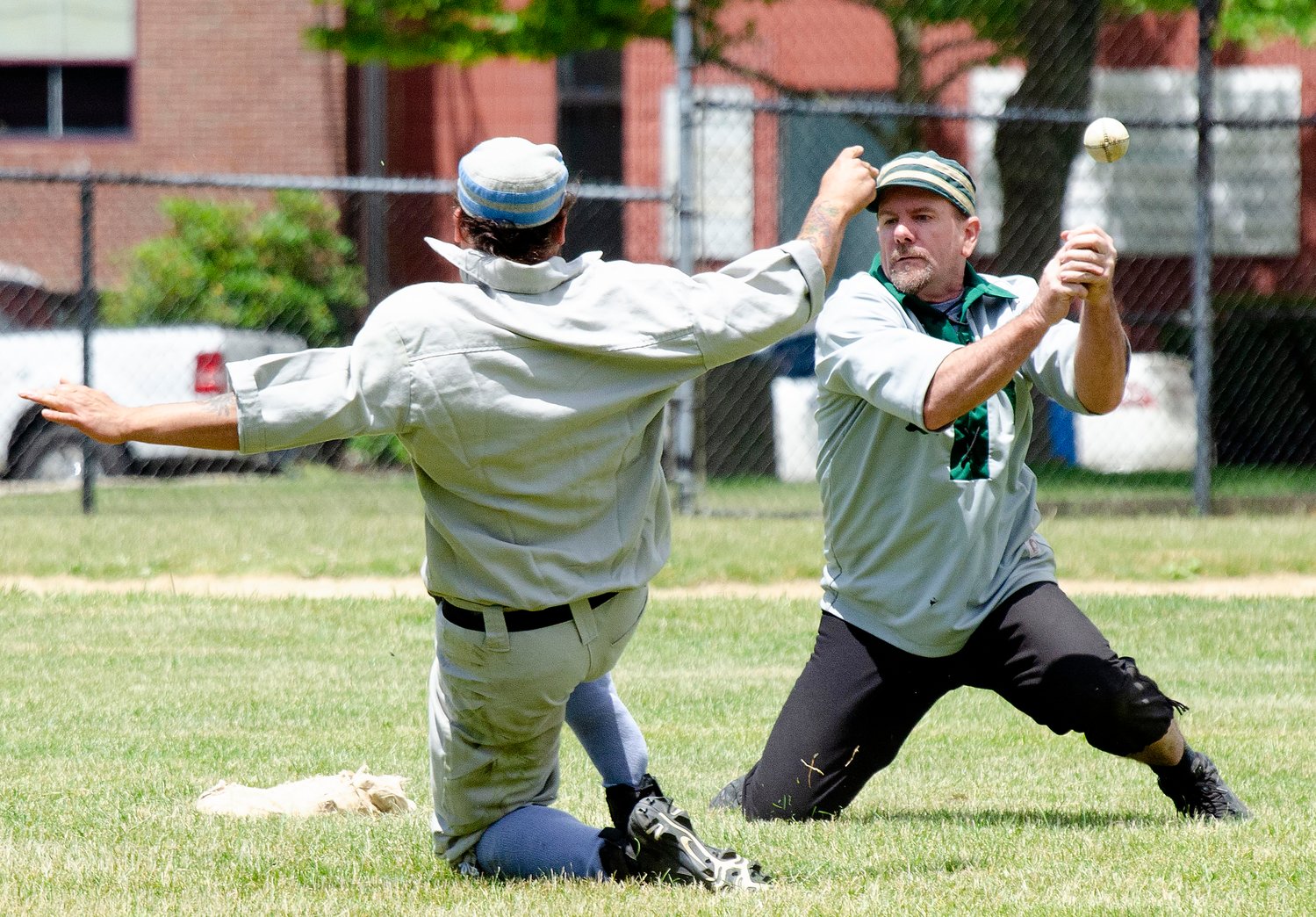 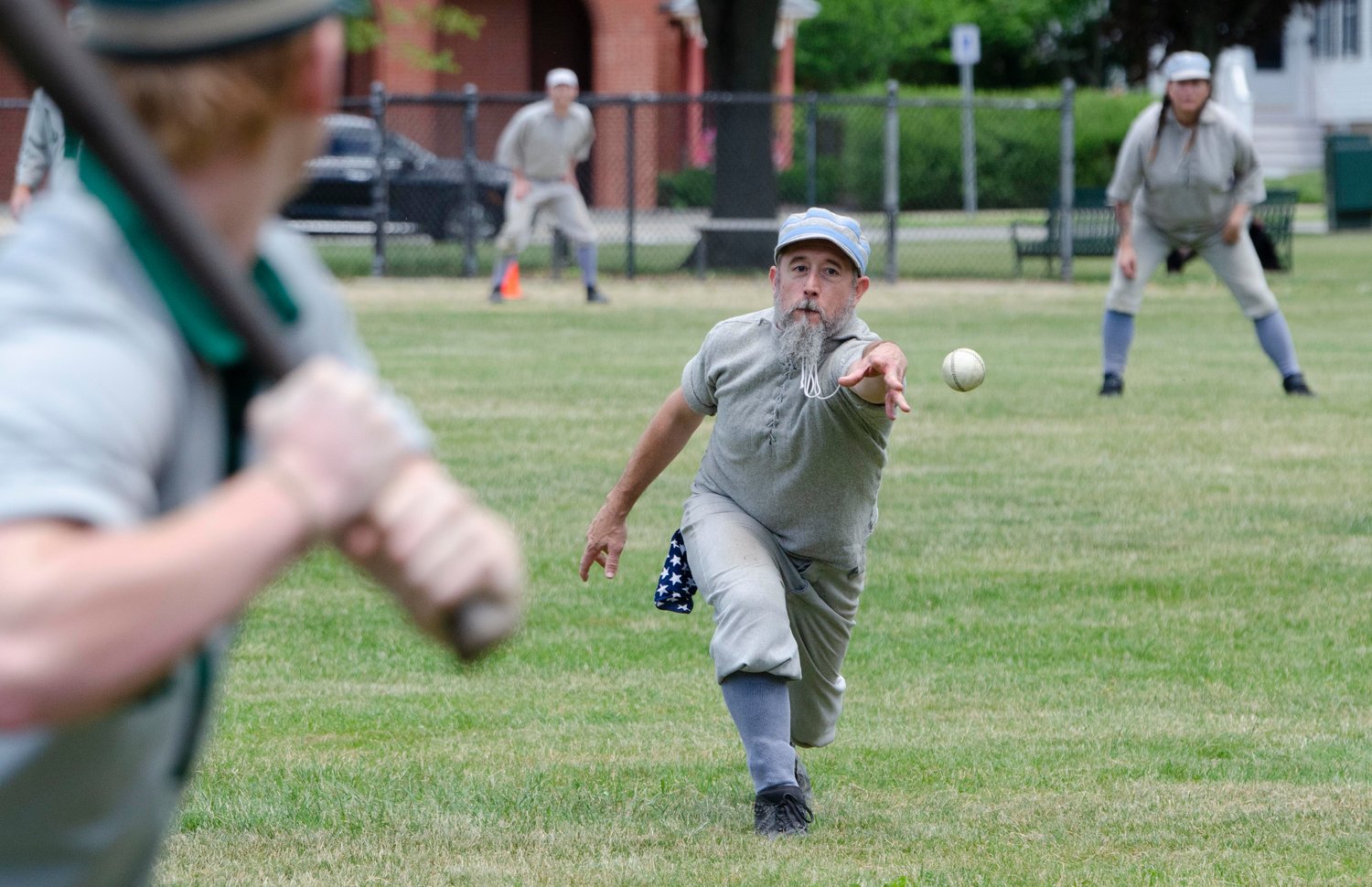 Providence Grays pitcher Brian Travers hurls a pitch during the team's game against the Lisbon Tunnelmen from CT. 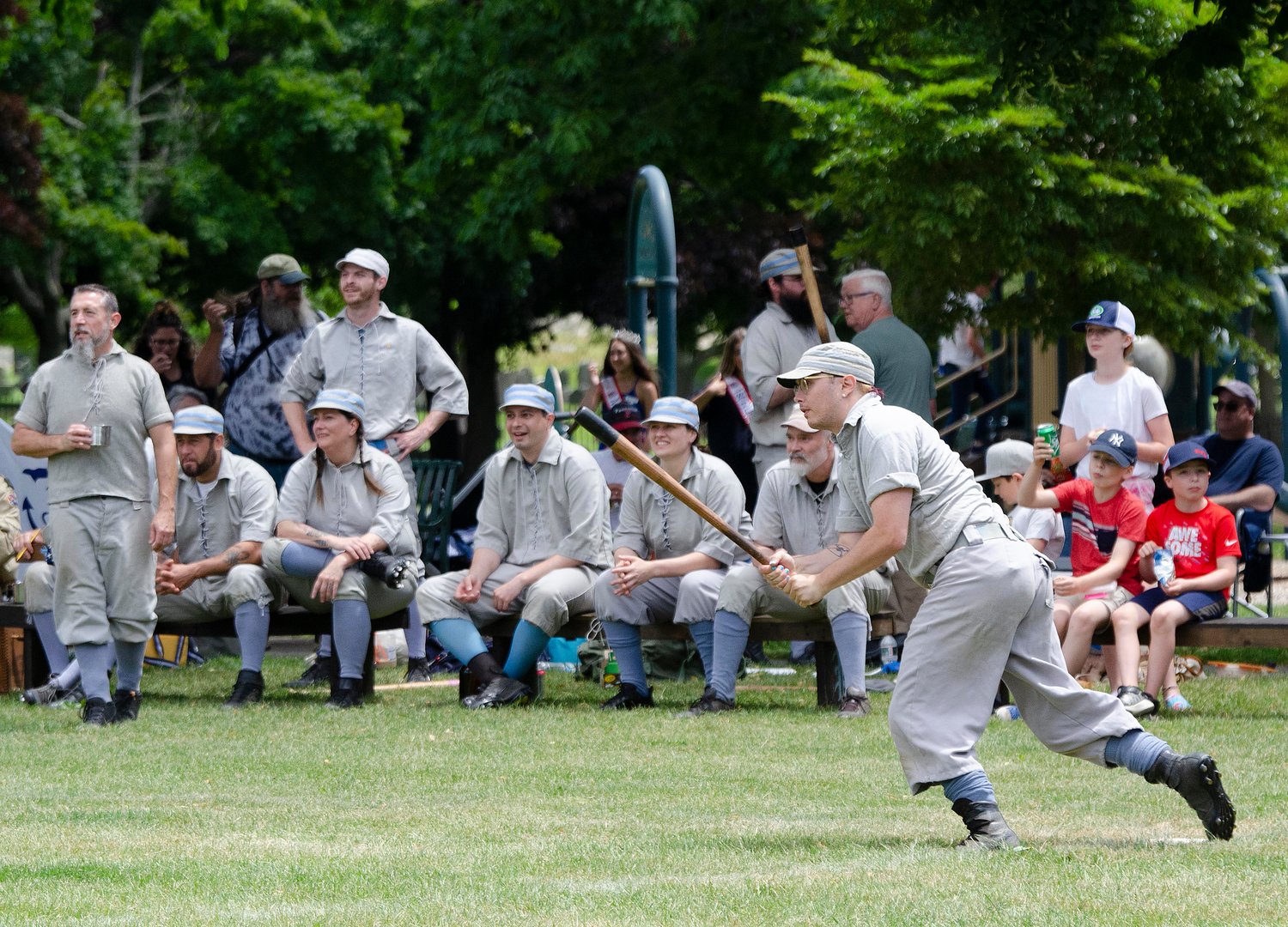 Throwback baseball from a bygone era took its turn last Saturday on the Bristol Town Common under sunlit skies and windy conditions.

In the end, the visiting Lisbon Tunnelmen of Connecticut defeated the Providence Grays two games to none by scores of 9-7 and 9-3.

The games were open free to the public and included free hot dogs, soda and water. Donations were accepted.

Vintage baseball committee chairwoman Sara Jane Soboleski was delighted with the turnout and said plans are already underway for next year’s contest.

“Things went very well this year,” she offered. “We ended up having to get more hotdogs. I had 200, so Chuck MacDonough (Bristol Fourth of July Committee chairman) happened to be at the game and ran out and bought 60 more.”

She continued, “The players and guests absolutely love what we do. The players allowed some children and older adults to try hitting the ball. The players had a great time with that. I saw a couple of players showing kids the gloves that were used back in the day. Spectators and ballplayers were very generous with a donation. There was much appreciation by all.”

Sara Jane also commended her committee for doing such a fantastic job throughout the course of the day. Admittedly, she could never put this event together all alone.

She proudly announced that next year’s Vintage baseball game will be held on June 17, 2023 on the Town Common.

Both teams are members of the Mid Atlantic Vintage Baseball League, along with 20 other 19th century baseball clubs stretching from southern Virginia to Rhode Island.

The hosting Providence Grays were established in 1878, then reconstituted in the spring of 1998 when several local fans banded together to form a tribute to the 1884 Grays, inspired by a league of similar historical base ball teams in New York. Playing according to 1864 rules and style of play, batters could call for their choice of high or low pitches, the pitcher threw from only fifty feet away, and most players wore no gloves, catching line drives with their bare hands – or not.

Now, nearly 25 years later, the Grays are still going strong, the longest run of any vintage team in New England.

“We can honor the game while educating the public on the past and show the changes from the early days of baseball as compared to now,” said Brian Travers, Grays captain. “We of course want to win, but the priority is to portray the game as close to the way it would have been played in the 19th century.”

“We play the game because we respect the history and love the game.”