William Winslow Gauntlett, age 85, passed away peacefully, surrounded by family on Thursday, September 9, 2021. William was born on December 24, 1935 to John and Evelyn (Winslow) Gauntlett of … 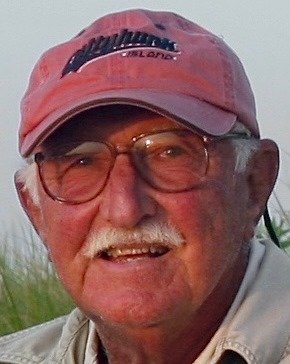 Bill was a lifelong resident of Barrington, RI, where he resided alongside the Palmer River. Bill is survived by his son Richard, daughter Karen and her husband Brian Megley, as well as his son David. In addition, grandchildren Gavin, Grace and Paige Megley. Bill was also survived by his wife of 37 years Lois DeCristofaro Gauntlett and her children Deborah Blake, John and Lisa DiPippo along with their children Kaiya and Ella and Michael DiPippo.

Bill graduated from the University of Rhode Island. He funded his own education as a quahogger on Narragansett Bay alongside many of his lifelong buddies. After college he served in the Army’s Military Police in Anchorage, Alaska. Bill was honored and proud of his service to his country.

He next started working for Hobart Corporation as a service technician in their Milwaukee, Wisconsin branch. He transitioned to sales and in 1968 was offered the sales agency in Providence, RI. He continued there until his retirement in 1998.

His affinity for the ocean and all things boats was acquired at a young age while spending summers on Sakonnet Point with his family and cousins. Boating was his passion to say the least. He enjoyed summers, especially celebrating the season by spending time on his mooring in Newport Harbor and frequenting his favorite spot, Cuttyhunk Island. Cuttyhunk was Bill’s sanctuary where he made friends with locals, relaxed and fished.

Services were held on Tuesday, Sept. 14, 2021. Burial was in Forest Chapel Cemetery, Barrington.