With election day still four months off, two candidates running for the House of Representatives District 70 seat in Tiverton wasted no time late last week trading barbs on everything from the second … 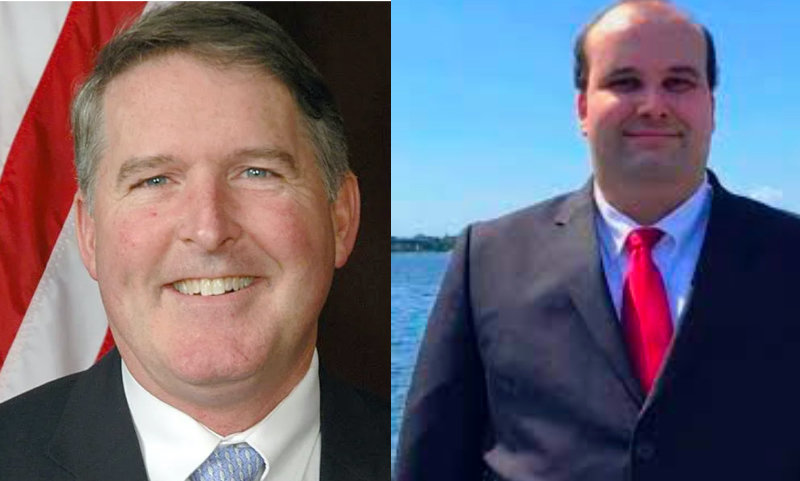 With election day still four months off, two candidates running for the House of Representatives District 70 seat in Tiverton wasted no time late last week trading barbs on everything from the second amendment to their experience and chances in November.

"I've been an effective legislator," he said Friday. "That's what this district needs."

His opponent, Tiverton Republican Christopher G. Borden, has never held public office but ran against and lost to Rep. Edwards in 2020. He said he is running again for the same reason he did last time — he doesn't like what he hears about Tiverton's representation.

"I'm just tired of the direction our state is heading," he said. "The last two years, I've been talking with many constituents within District 70, and I never hear a good thing about Jay. They're disgusted about how he's voted, especially in the 2A (Second Amendment) community."

Though he does not own a gun, Borden said he supports the second amendment "because it affirms the rest of the Constitution."

"I've always been about safety in schools," he added. "I definitely believe safer school protocols are much-needed. Taking away a gun is not going to solve anything."

Edwards said Friday that while he does own firearms, he is an advocate of common sense in crafting firearms legislation, and is proud of having supported such legislation during his tenure in the General Assembly. He feels the same way about his record on fighting the opioid epidemic, helping secure more state dollars for Tiverton, working to improve social supports, and on other issues. His record is clear, he said.

"I am running to make sure my constituents have consistent and experience representation," he said. "Just part of being a representative is putting in legislation; another big part is constituent issues. If you look, my opponent has zero experience. Zero. He hasn't gained any experience in the last two years. He hasn't done anything."

The race is on for the District 71 House seat