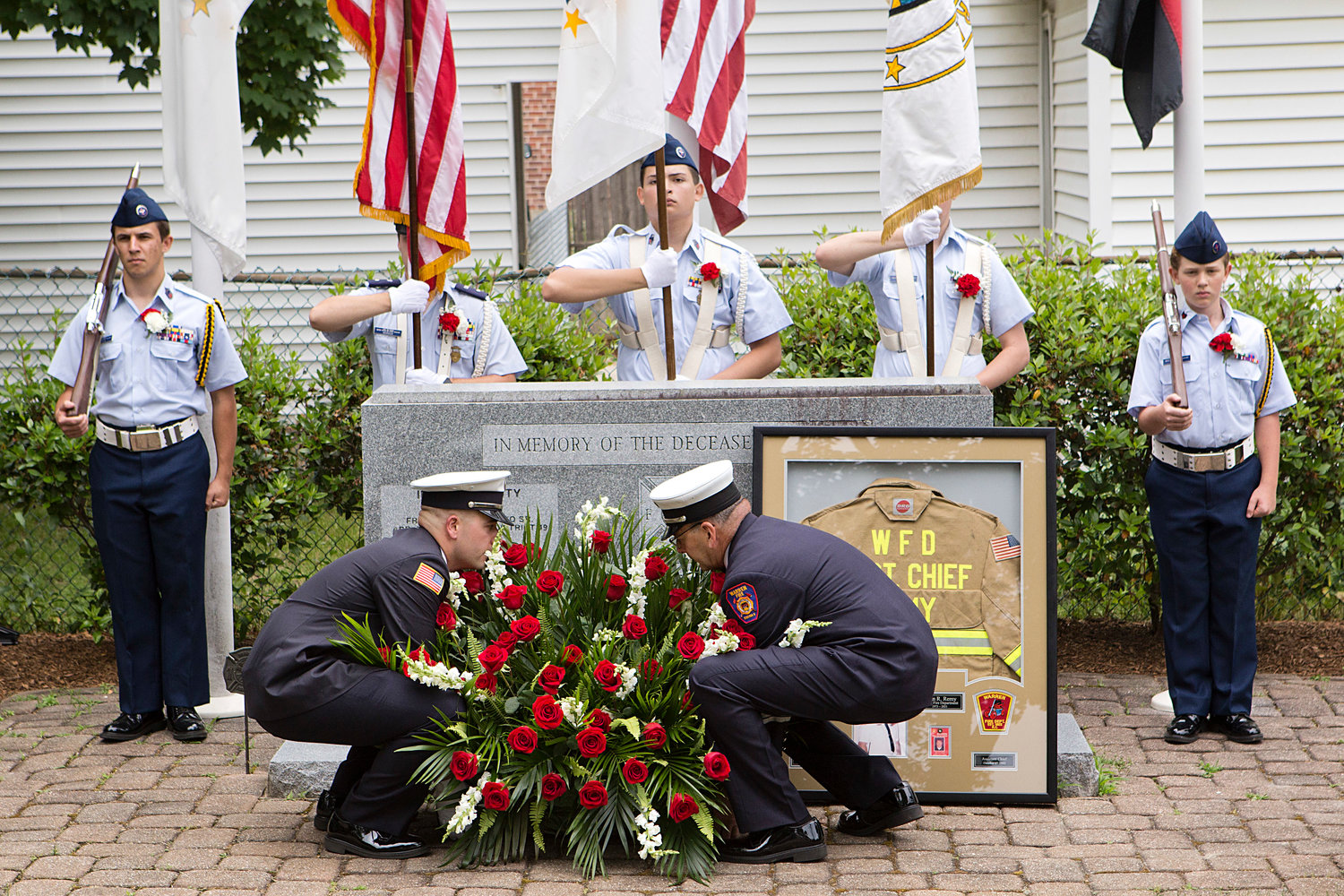 A pair of firefighters place red and white flowers on a memorial site in remembrance of deceased members of the Warren Fire Department, which included a dedication to former Assistant Fire Chief, Brian Remy, who passed away last year.
Julie Furtado 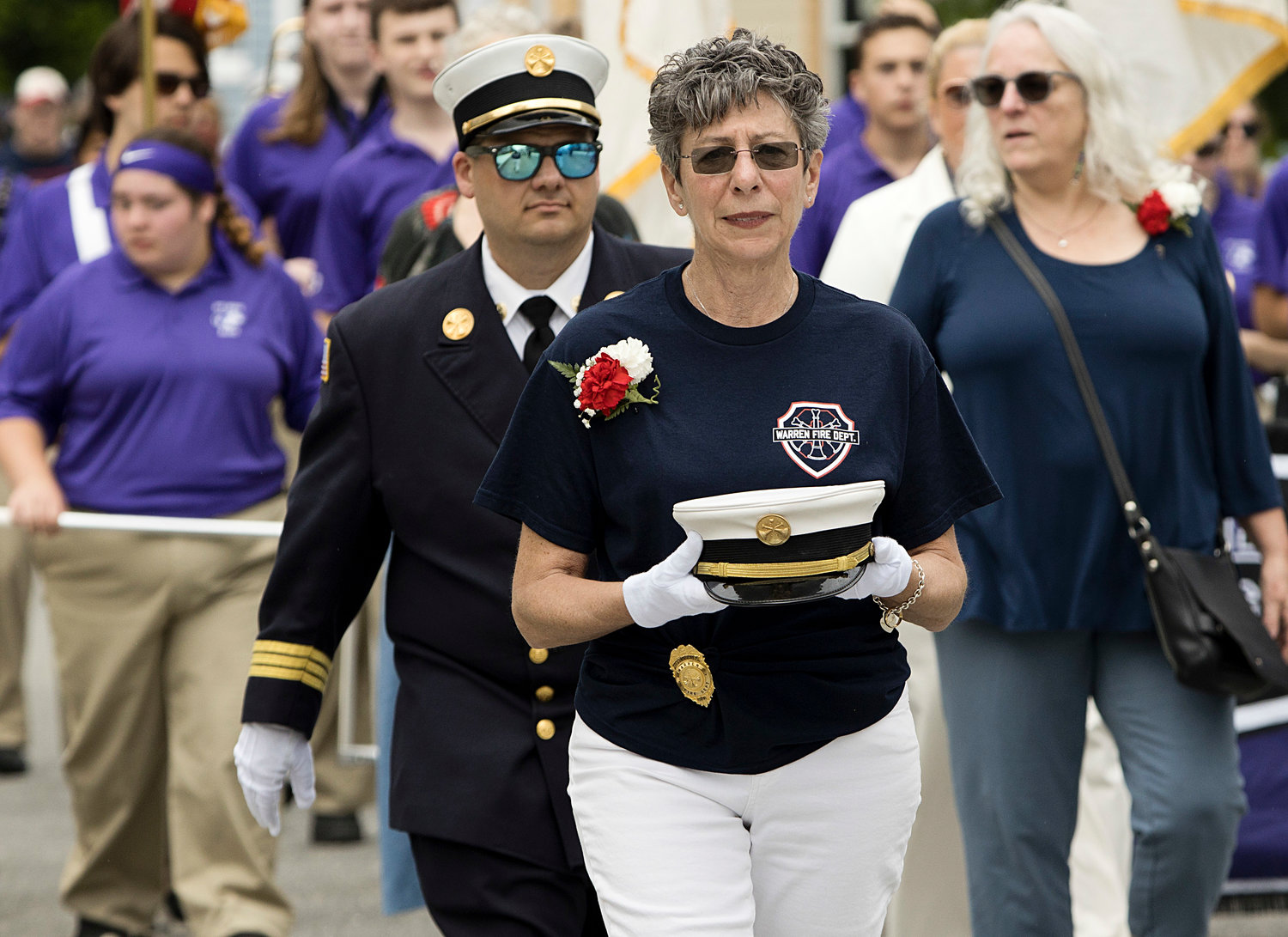 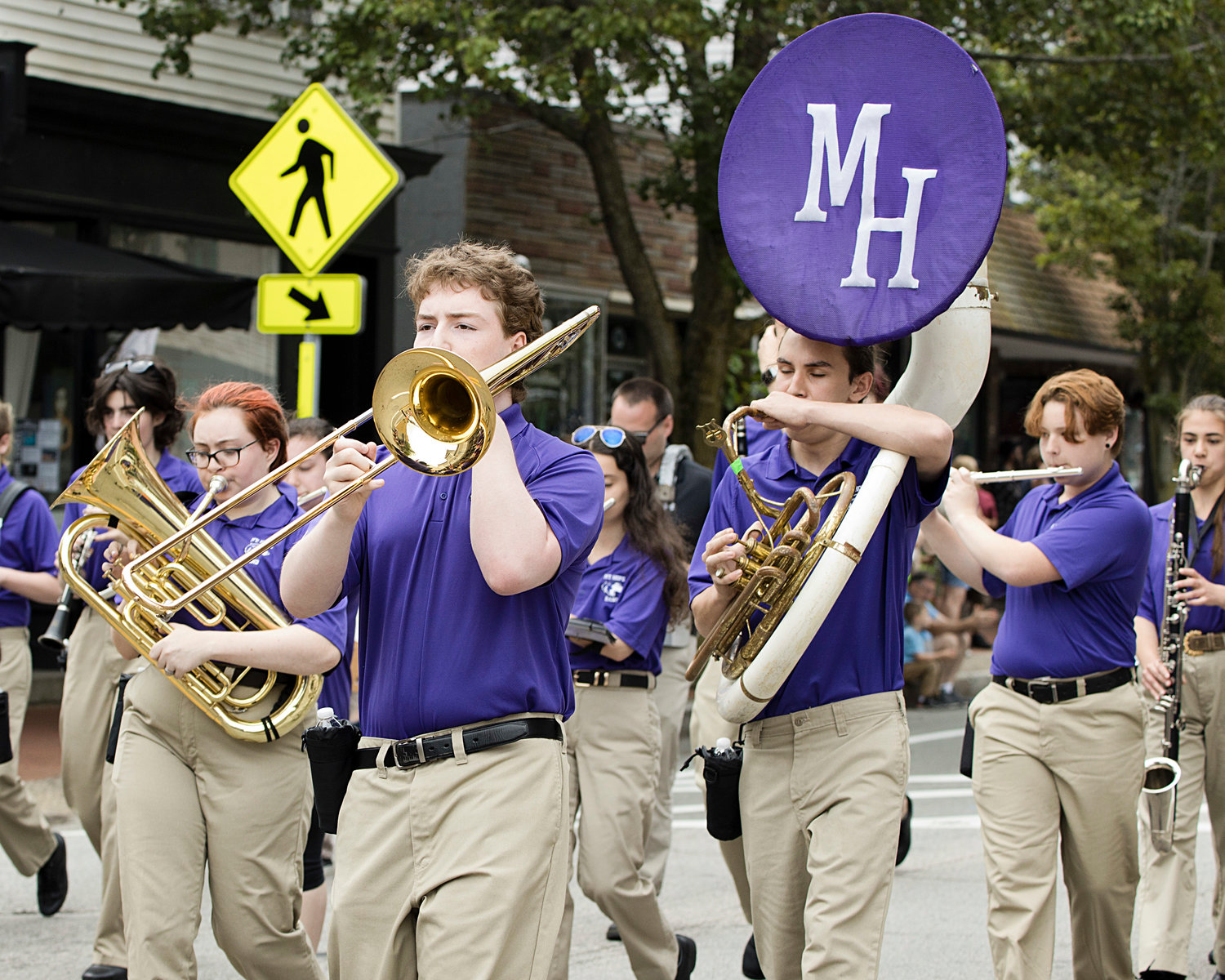 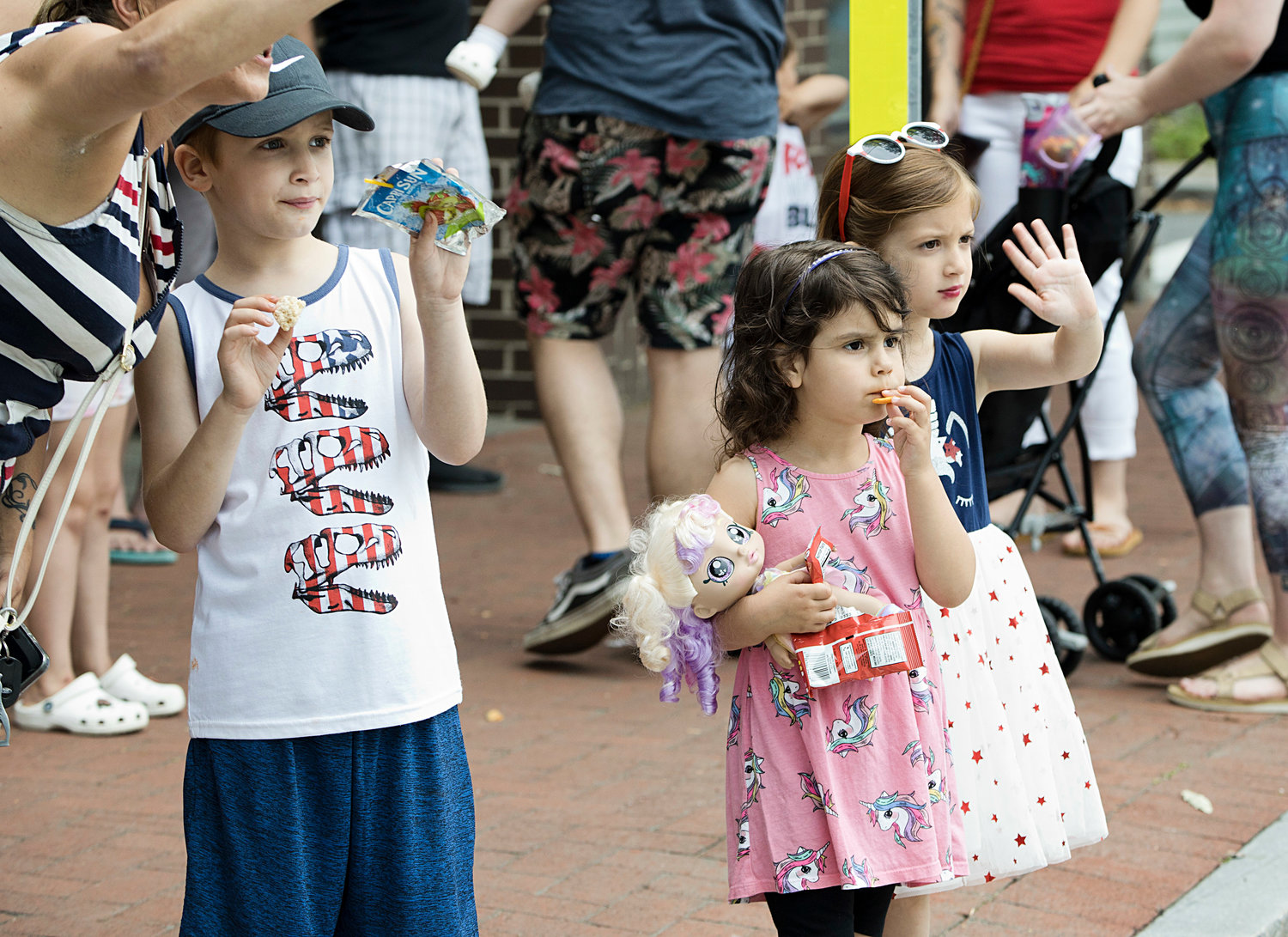 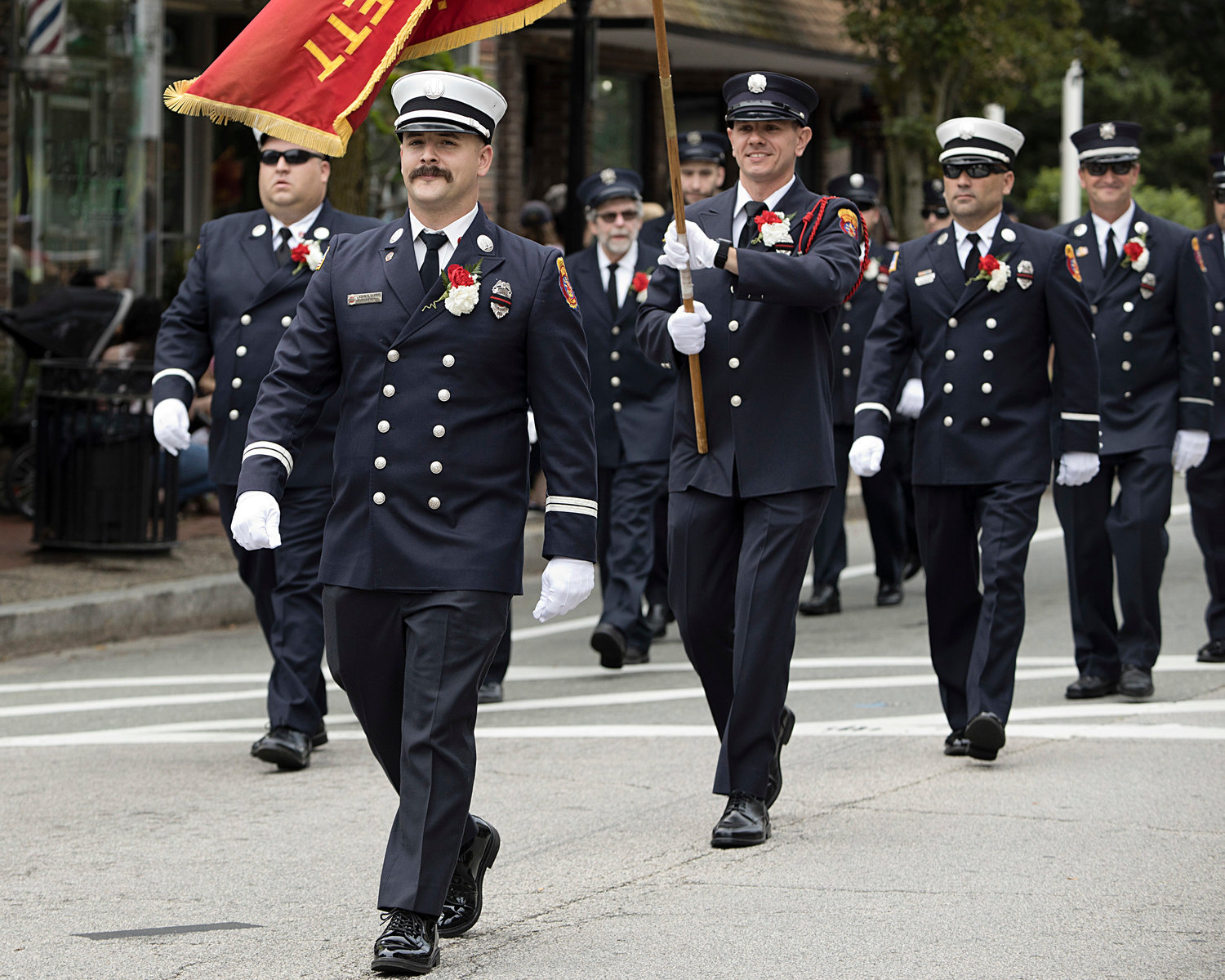 The 120th annual Firefighters’ Memorial Parade took place on Sunday in Warren, with a parade that featured the volunteer firefighters, loved ones and a crowd pleasing display of the town’s firefighting apparatuses.

Janine Remy, wife of the late Brian Remy, former Assistant Fire Chief in Warren, held his hat during the parade, and a special display case containing Remy’s jacket was unveiled during the ceremony, held on the Warren Town Common.