The Huskies were swept in a two-game away and home series to South Kingstown, and lost to North Kingstown twice to fall from a tie for first place to a tie for 10th with a record of 4-4. 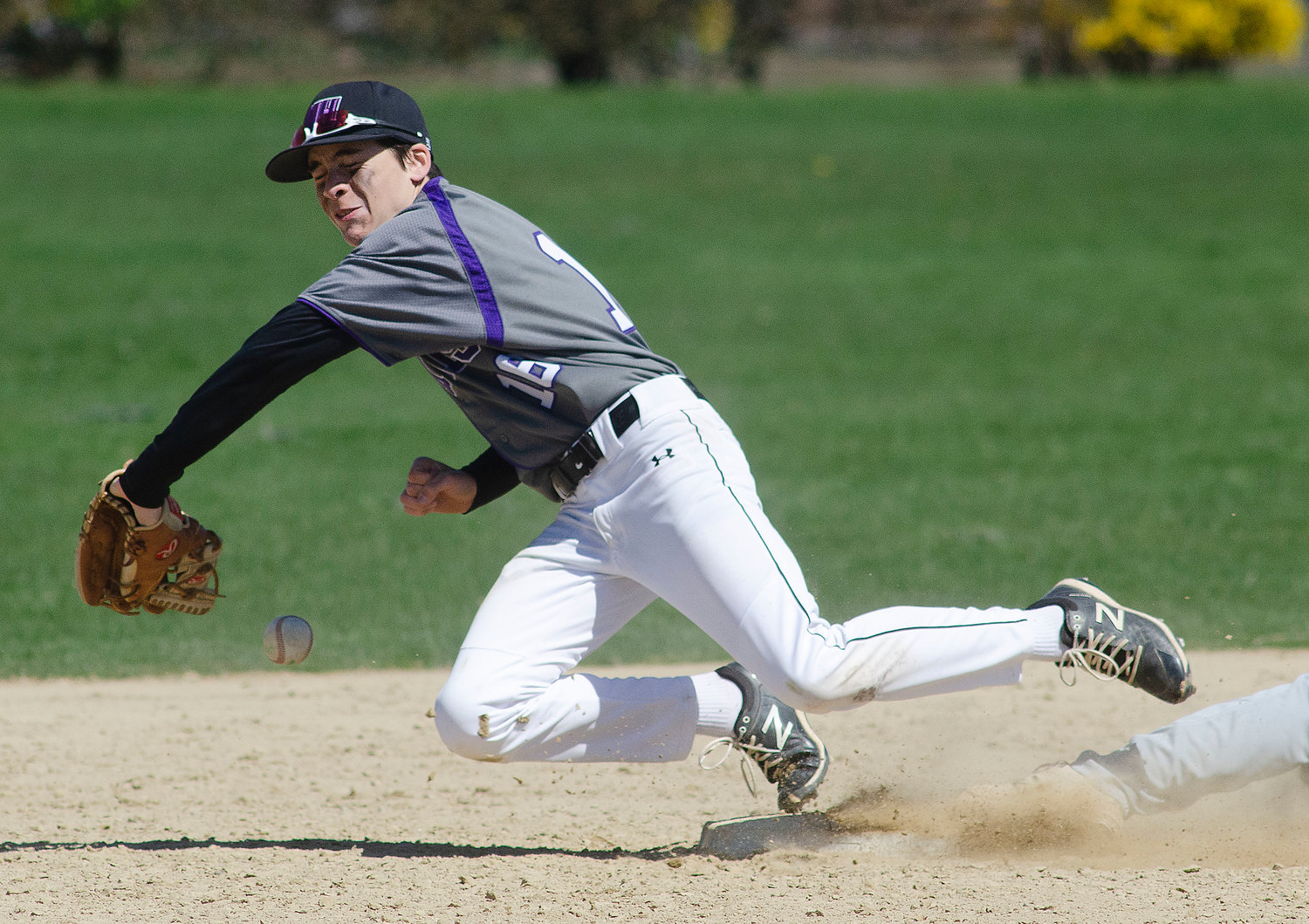 Huskies second baseman Dan Desilets missed a short throw from shortstop Dayton Van Amberg in an attempt to start a double play during Mt. Hope's home game against South Kingstown on Wednesday. Instead both runners were safe. The Huskies made a combined 15 errors in the South Kingstown away and home series.
Richard W. Dionne Jr.
Posted Friday, April 29, 2022 1:38 pm
By Richard W. Dionne Jr.

The Mt. Hope baseball team felt good about their Division I-B placement after starting the season with a four-game winning steak, but reality has set in of late as they hit a four-game skid facing top opponents, lost their shortstop to injury and are mired in a slump, plating just one runner in their last three games. The Huskies were swept in a two-game away and home series to South Kingstown, and lost to North Kingstown twice to fall from a tie for first place to a tie for 10th with a record of 4-4.

Mt. Hope’s erratic play in the field began in the fifth inning of the Huskies 5-1 loss to North Kingstown on April 15. Their play fell apart after losing junior shortstop Parker Camelo to injury in the team’s 6-0 loss in a two game series opener at South Kingstown on April 18 and in game two at Guiteras when they fell to the Rebels 12-0 on Wednesday.

Camelo injured his shoulder diving back to first base after a hitting a single and to make things worse, the offense has been mired in a slump, plating just one run in the last three games.

Mt. Hope 0 - South Kingstown 6
Brad Denson no-hit the Rebels for four innings in the 6-0 loss. The Huskies gave up an unearned run in the bottom of the second inning and five more in the bottom of the fifth on five Huskies’ errors. Van Amberg pitched the bottom of the fifth and gave up a pair of doubles. Ferlito relieved Van Amberg and got Mt. Hope out of the inning, but the damage was done. Camelo and Aidan Ramaglia each singled off of Rebels all state pitcher, Ben Brutti, who had major league scouts watching him from the stands. The pitcher has committed to playing at the University of South Florida.

DeWolf, Towers fuel Bristol-Warren all-stars to back to back wins