Huskies, new coach are ready to defend the state

The Mt. Hope wrestling team, under new head coach Mike Pereira, are prepping to defend their 2021 state championship this season and become a perennial powerhouse for years to come —bolstered …

Huskies, new coach are ready to defend the state 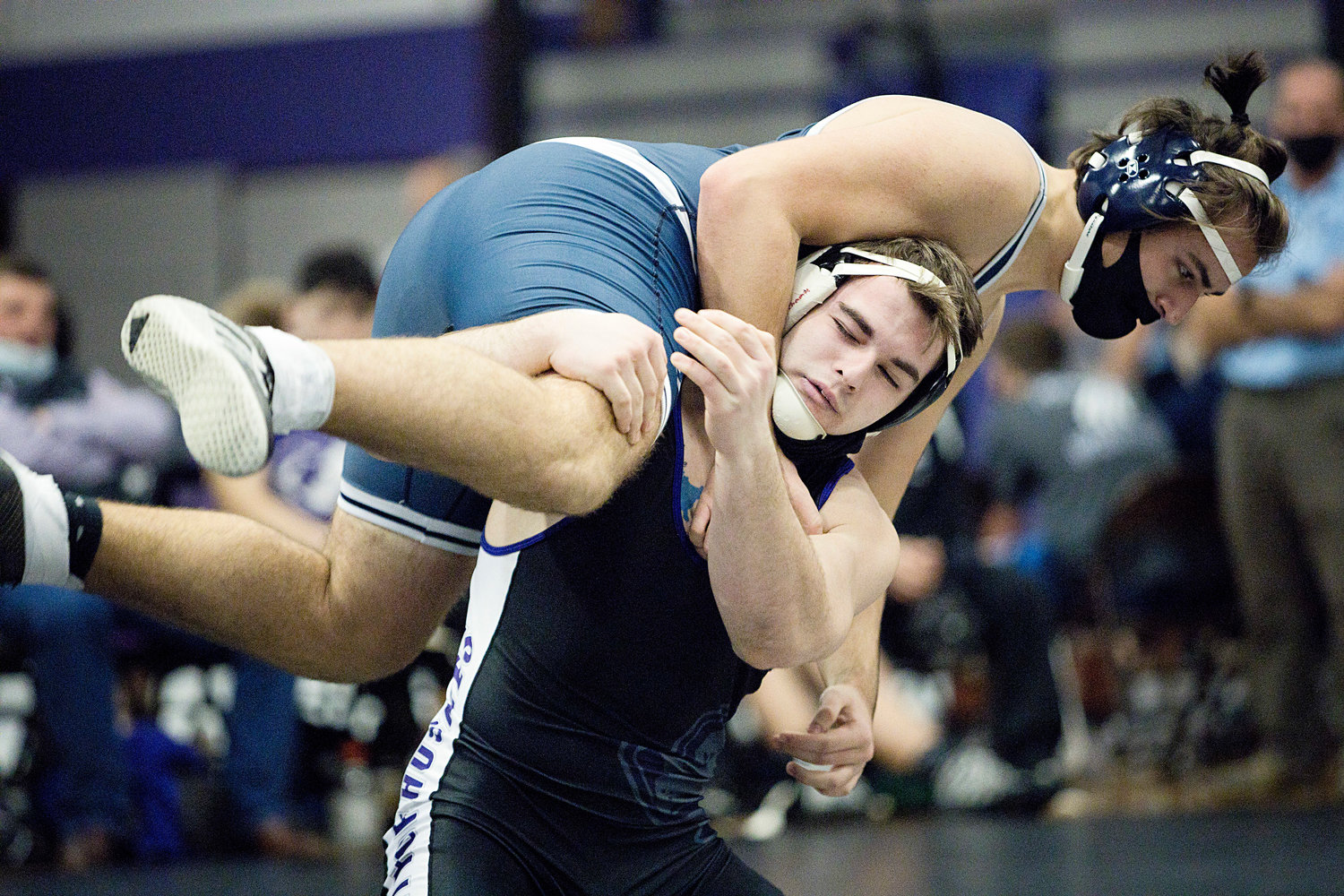 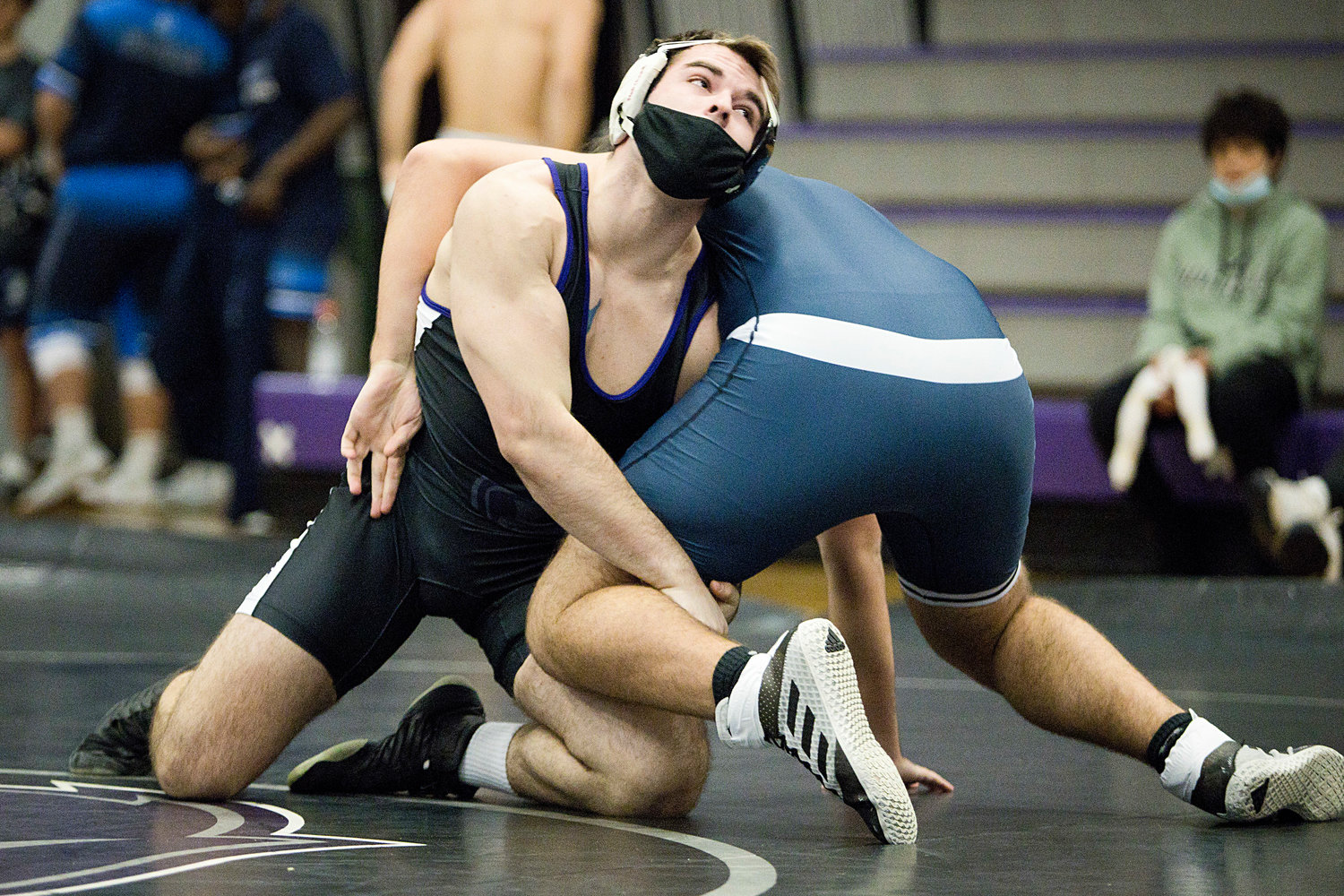 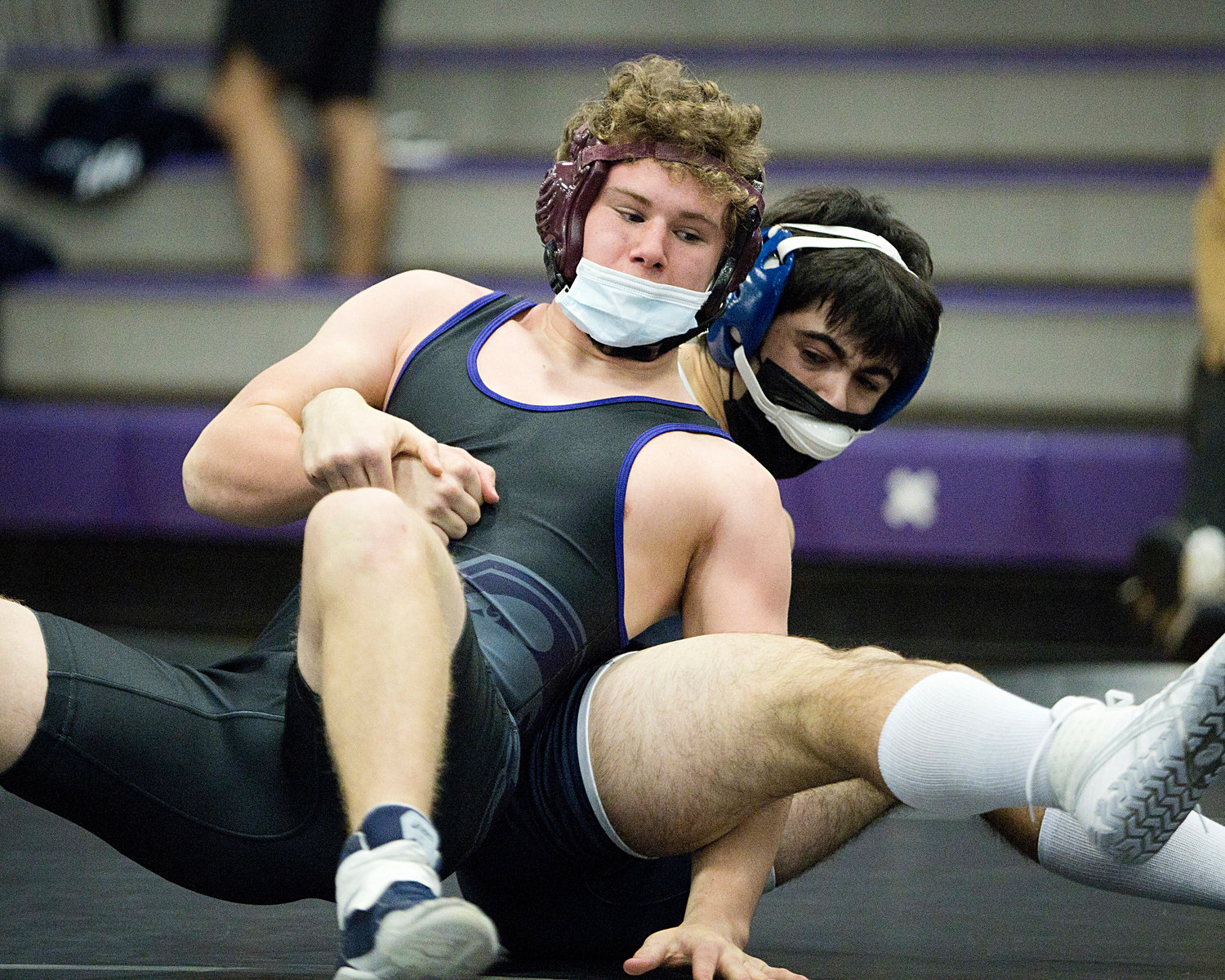 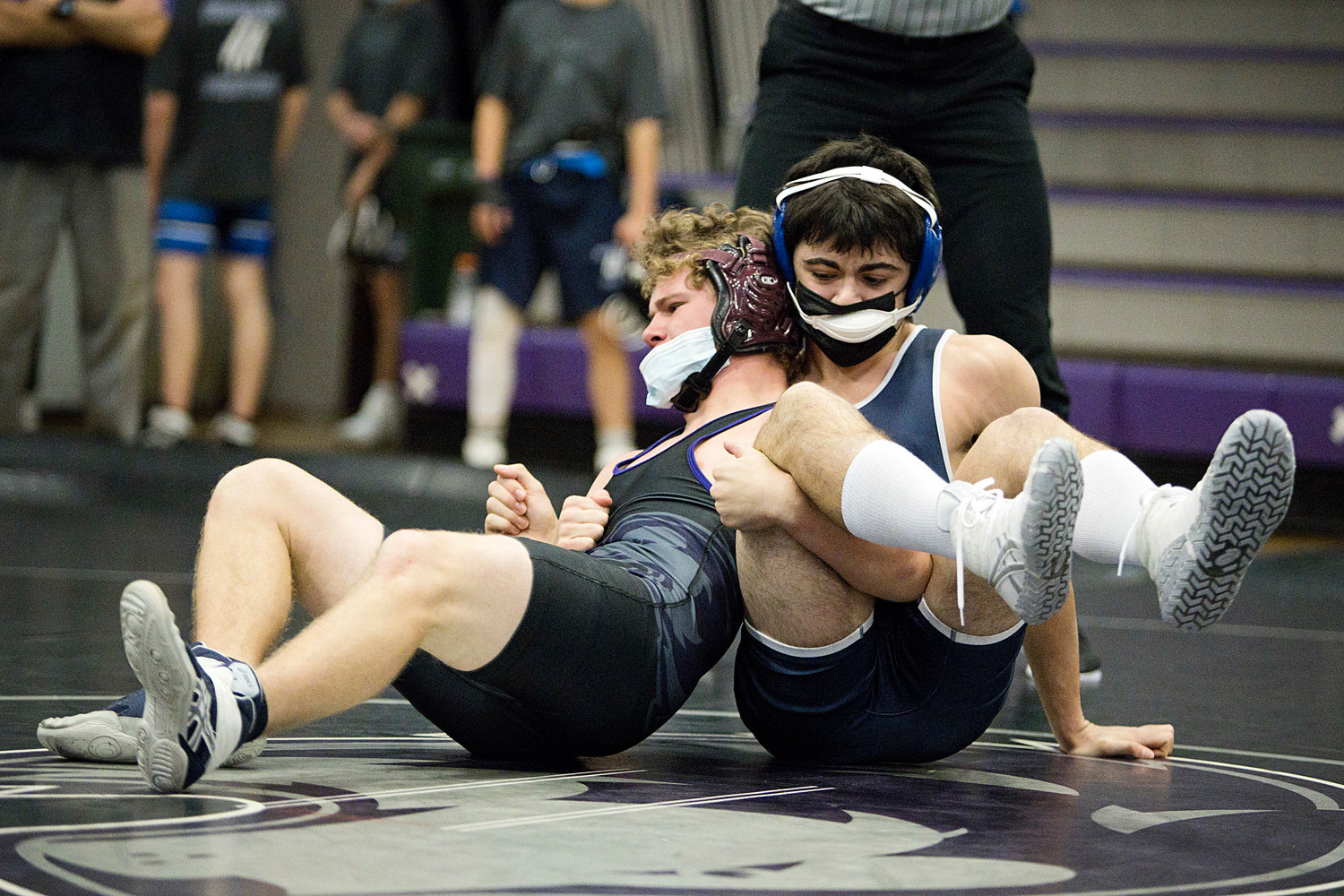 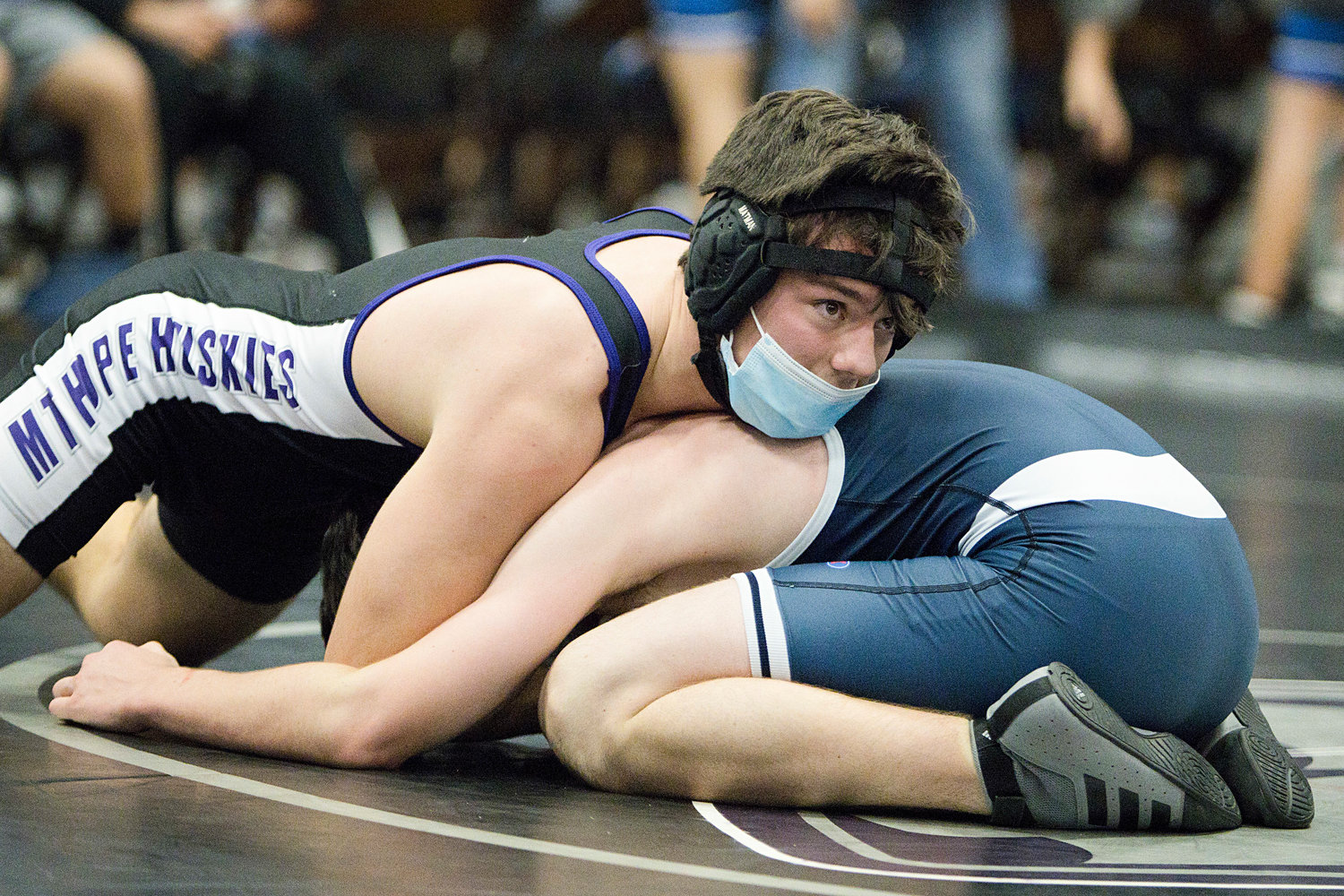 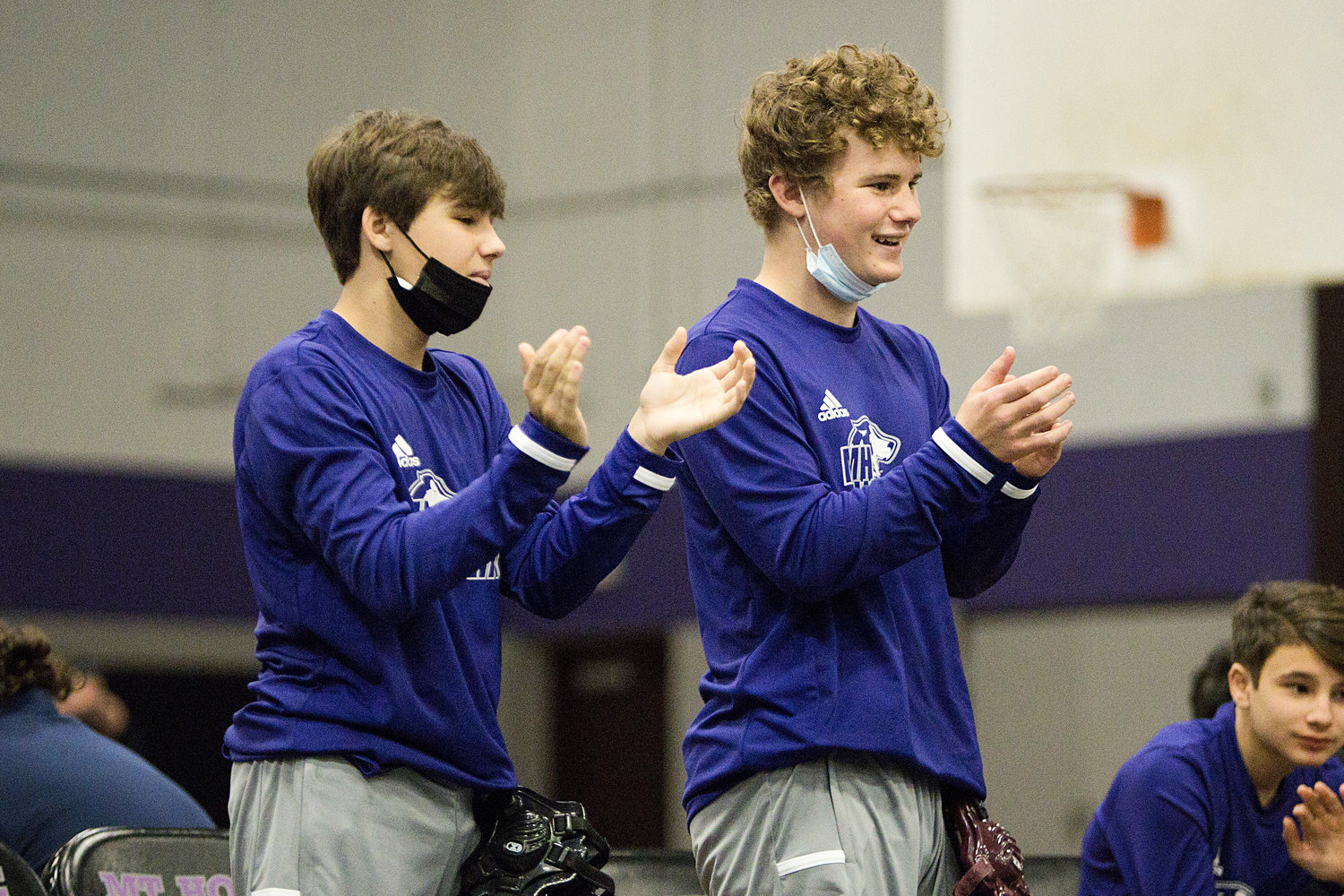 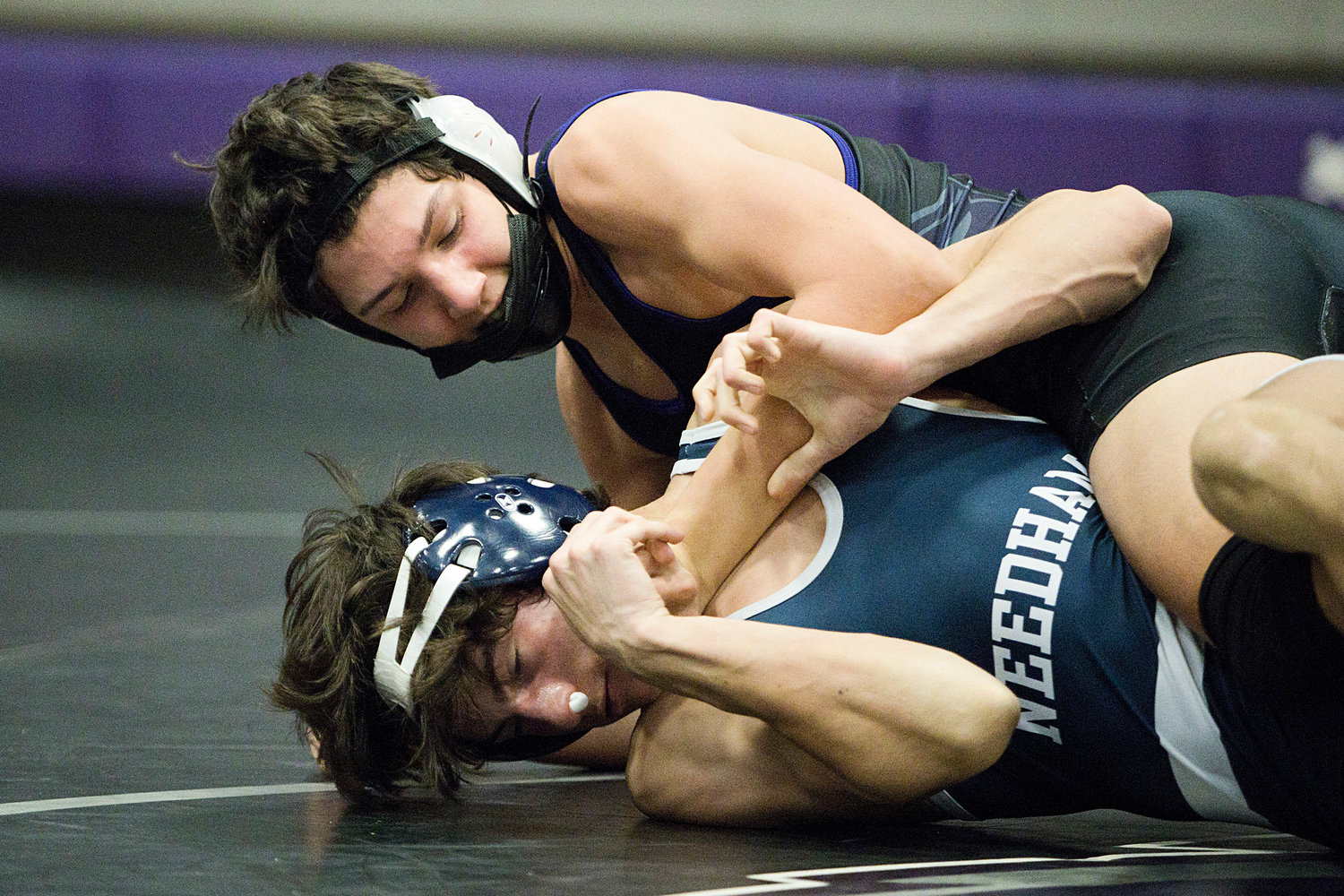 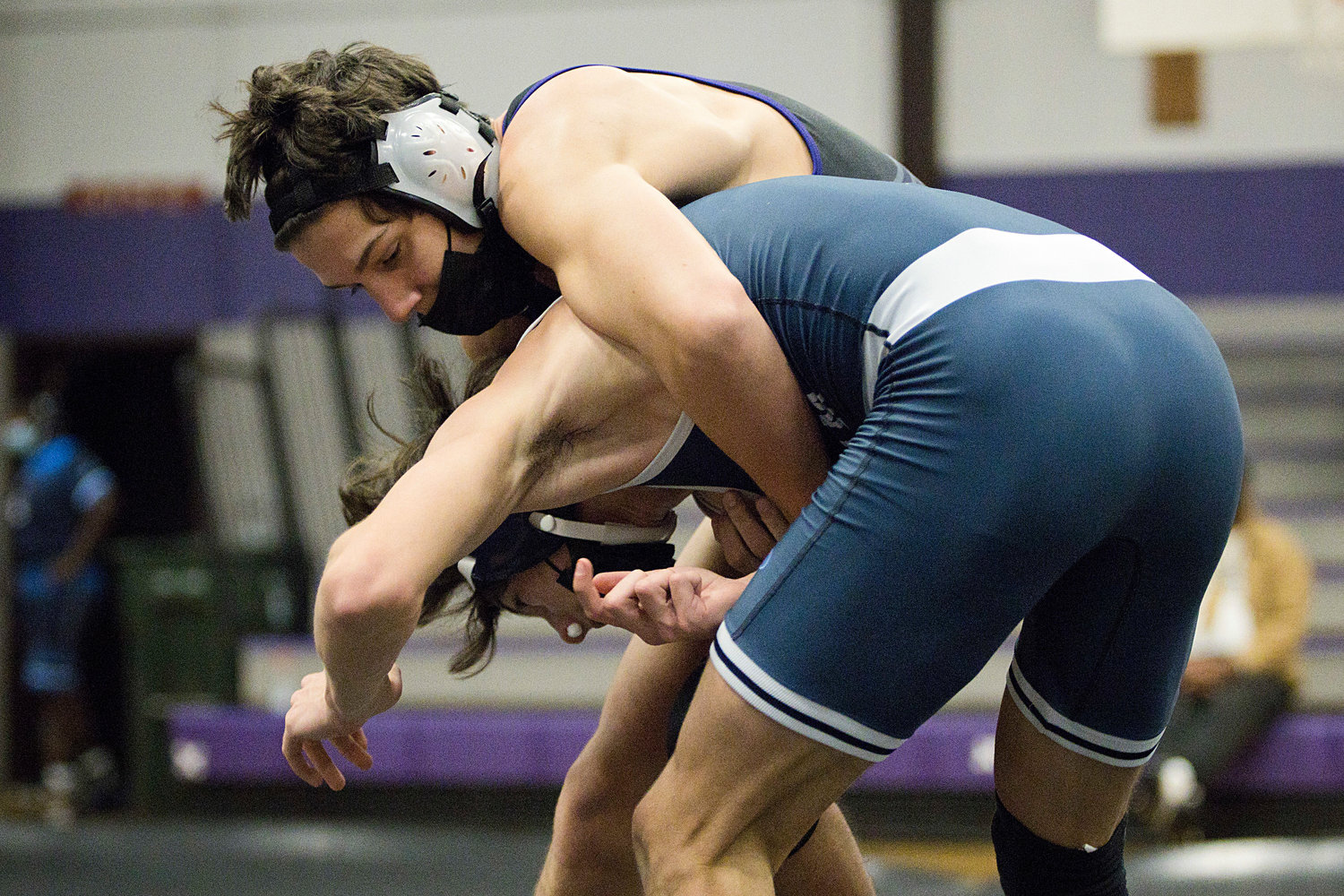 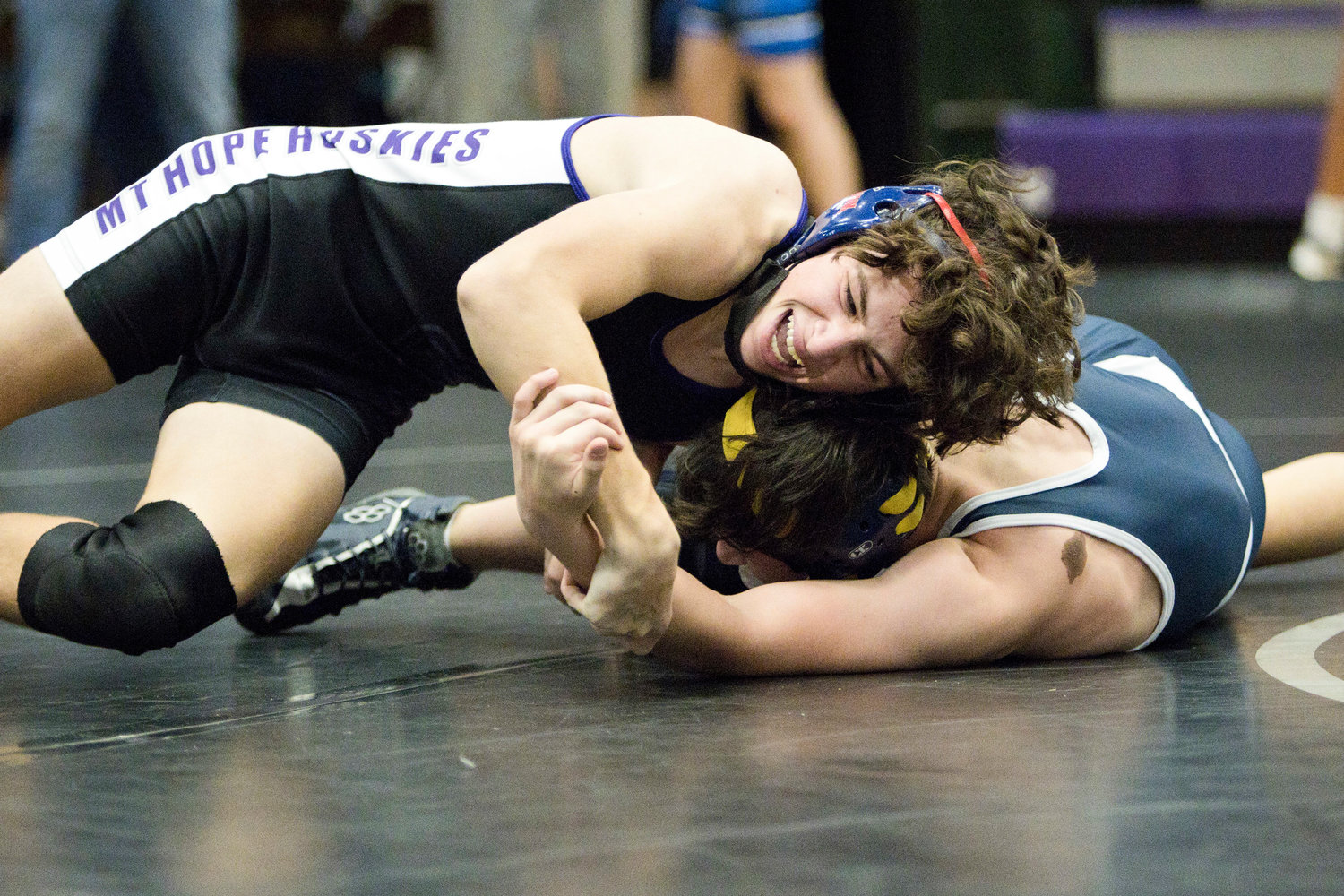 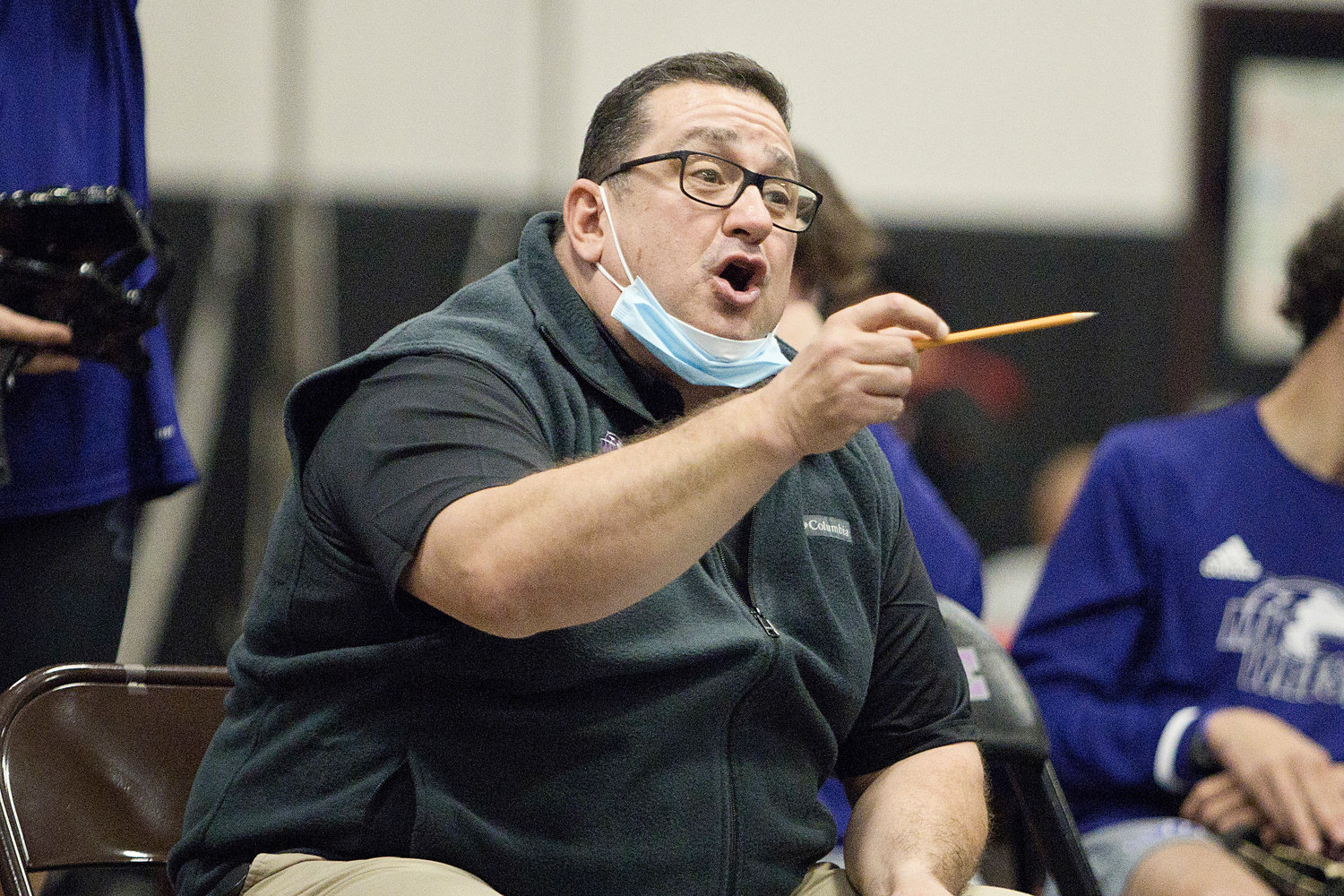 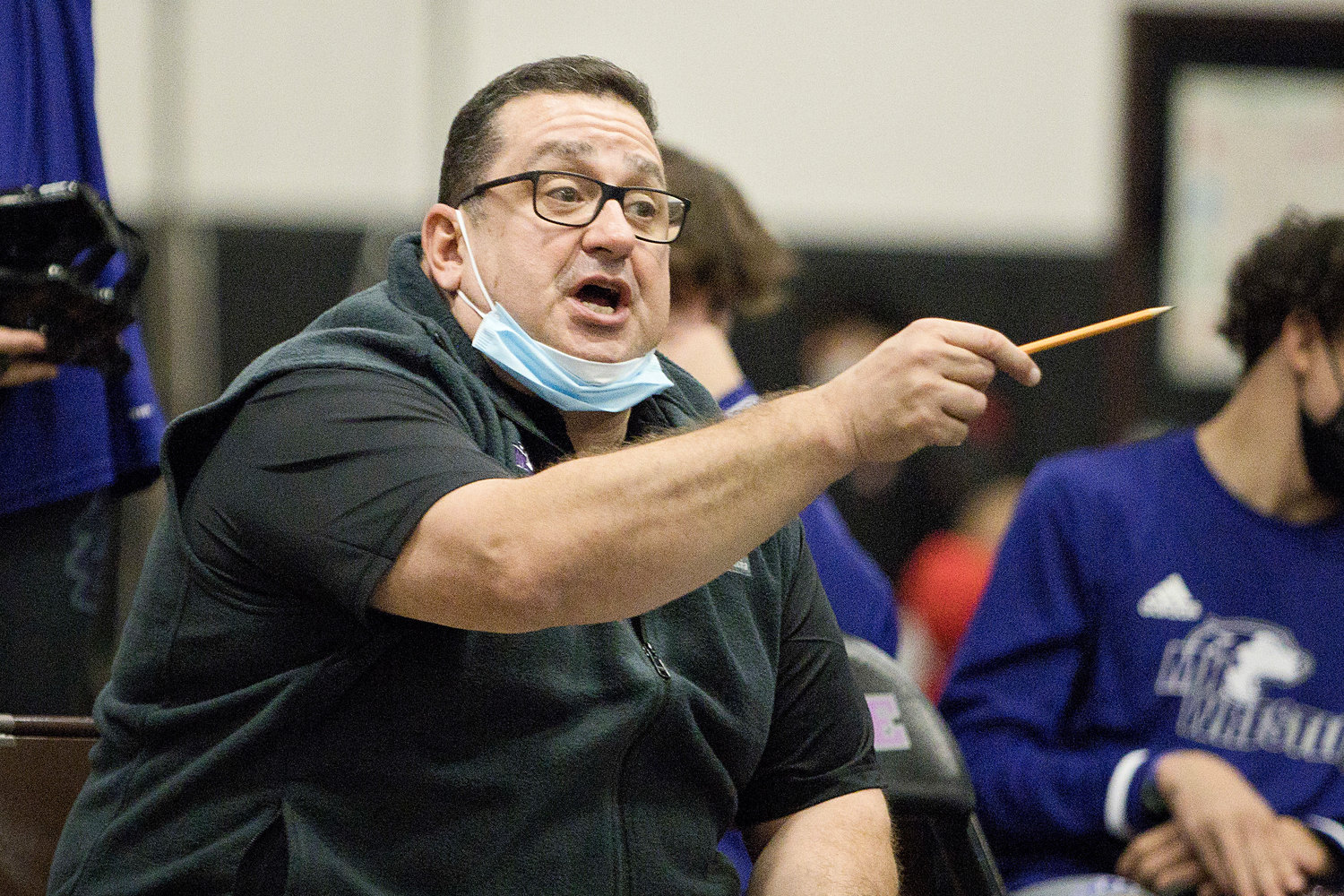 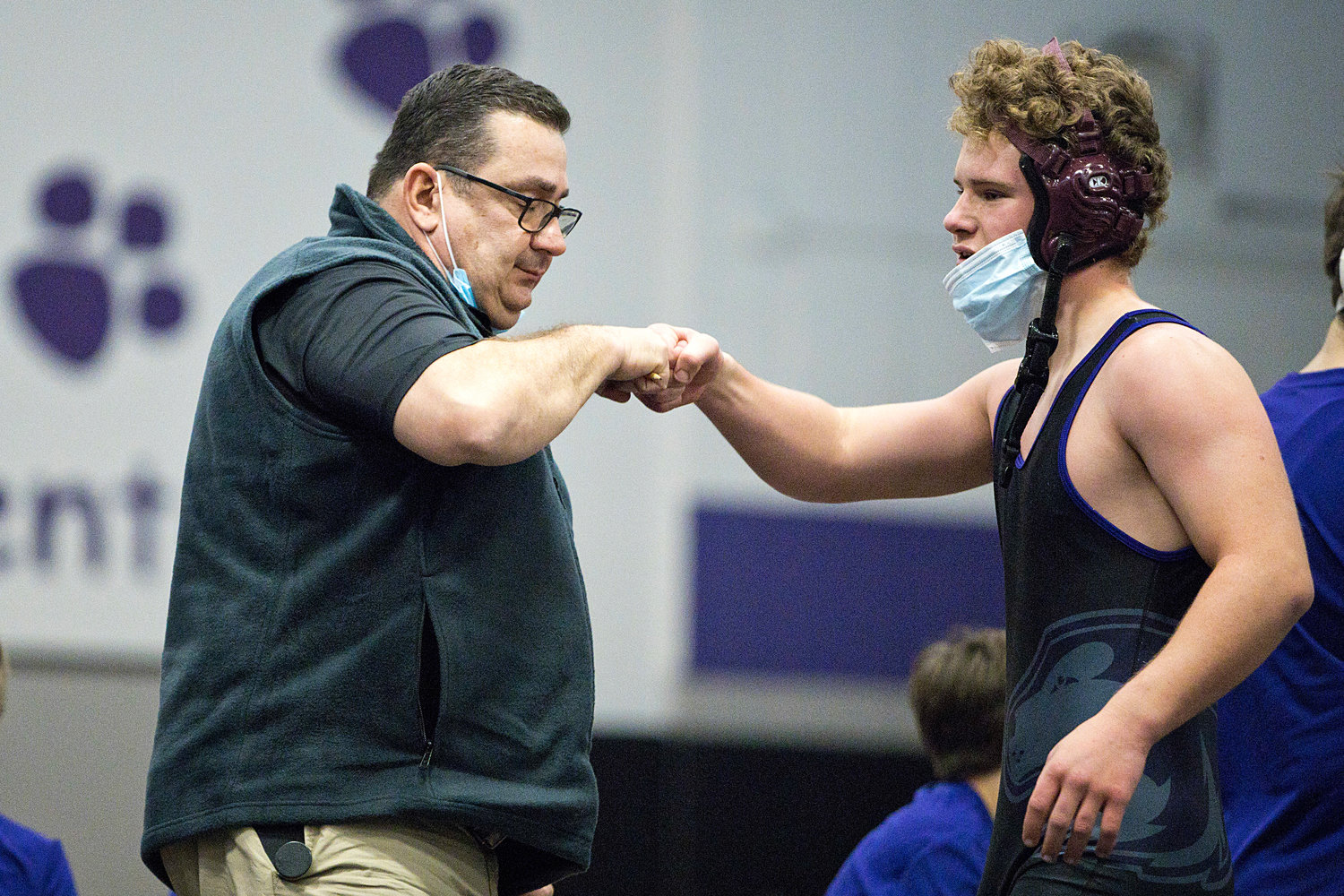 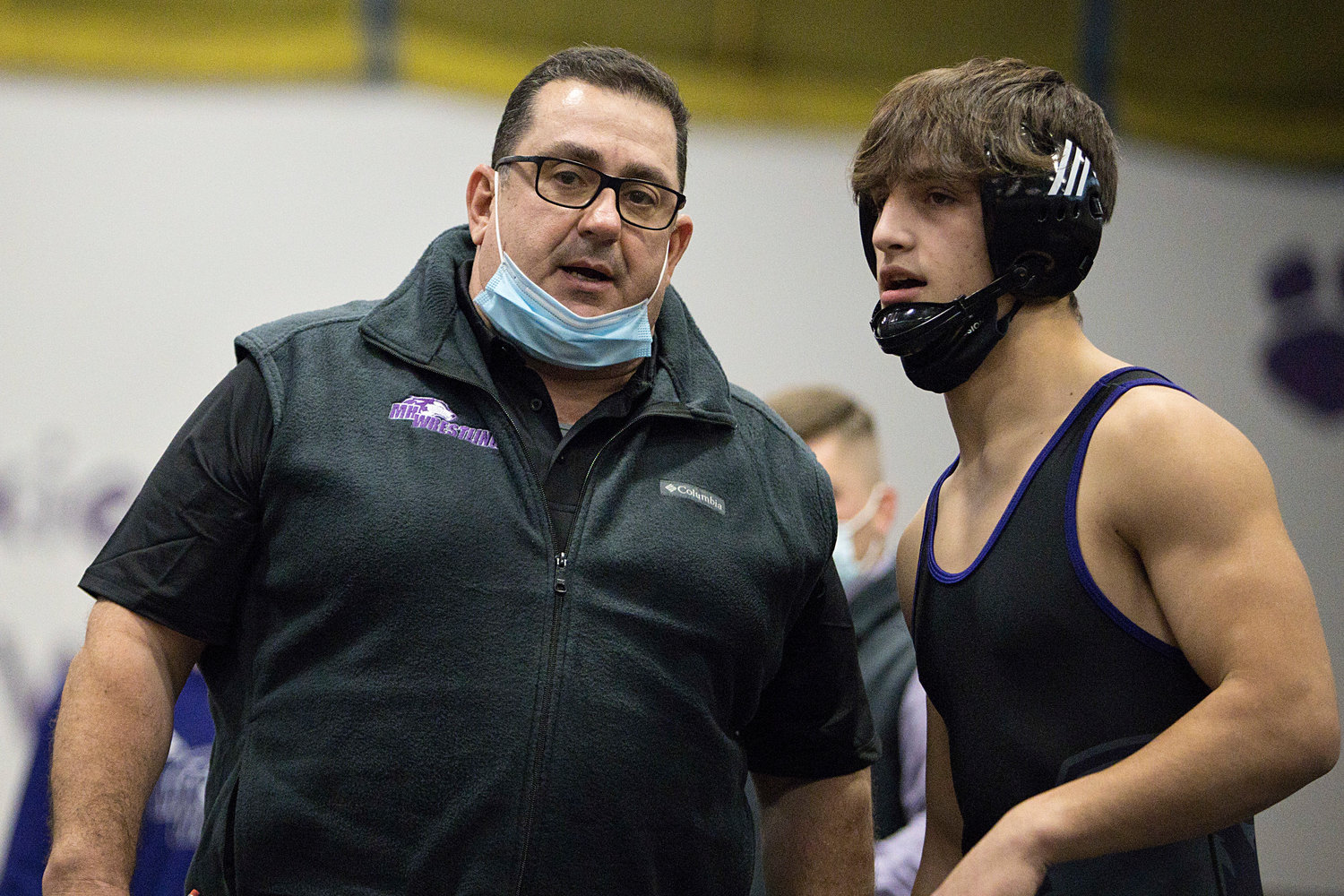 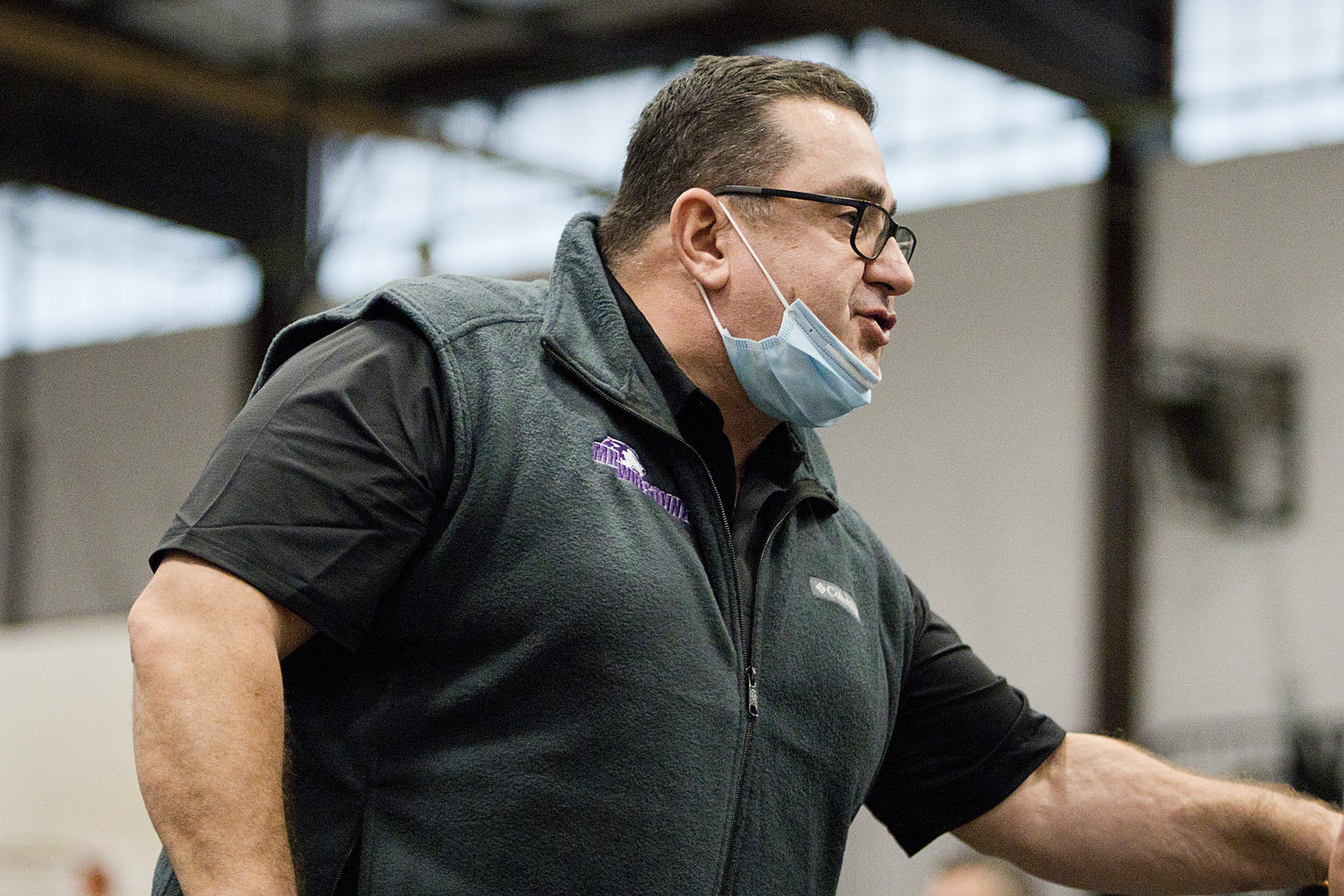 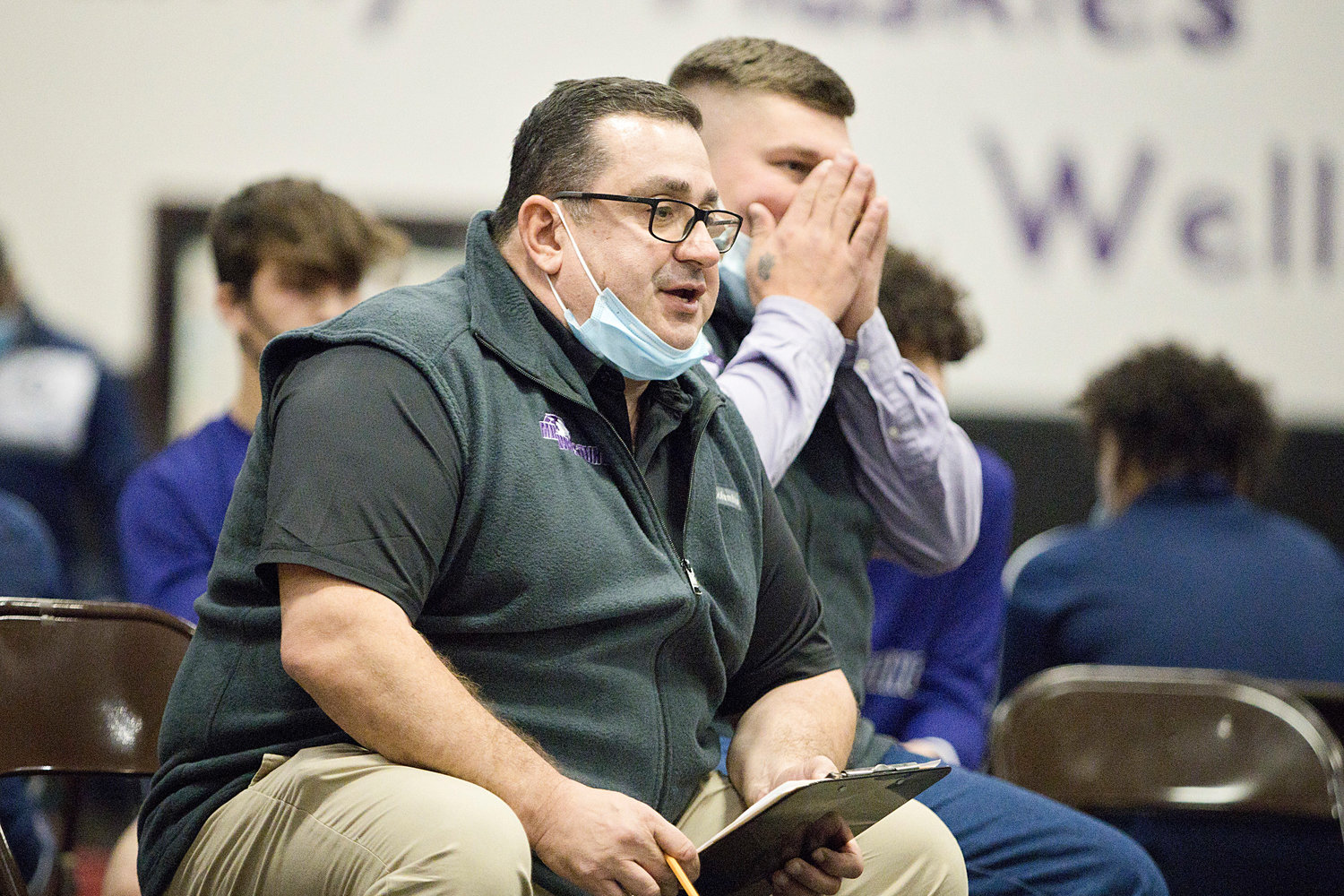 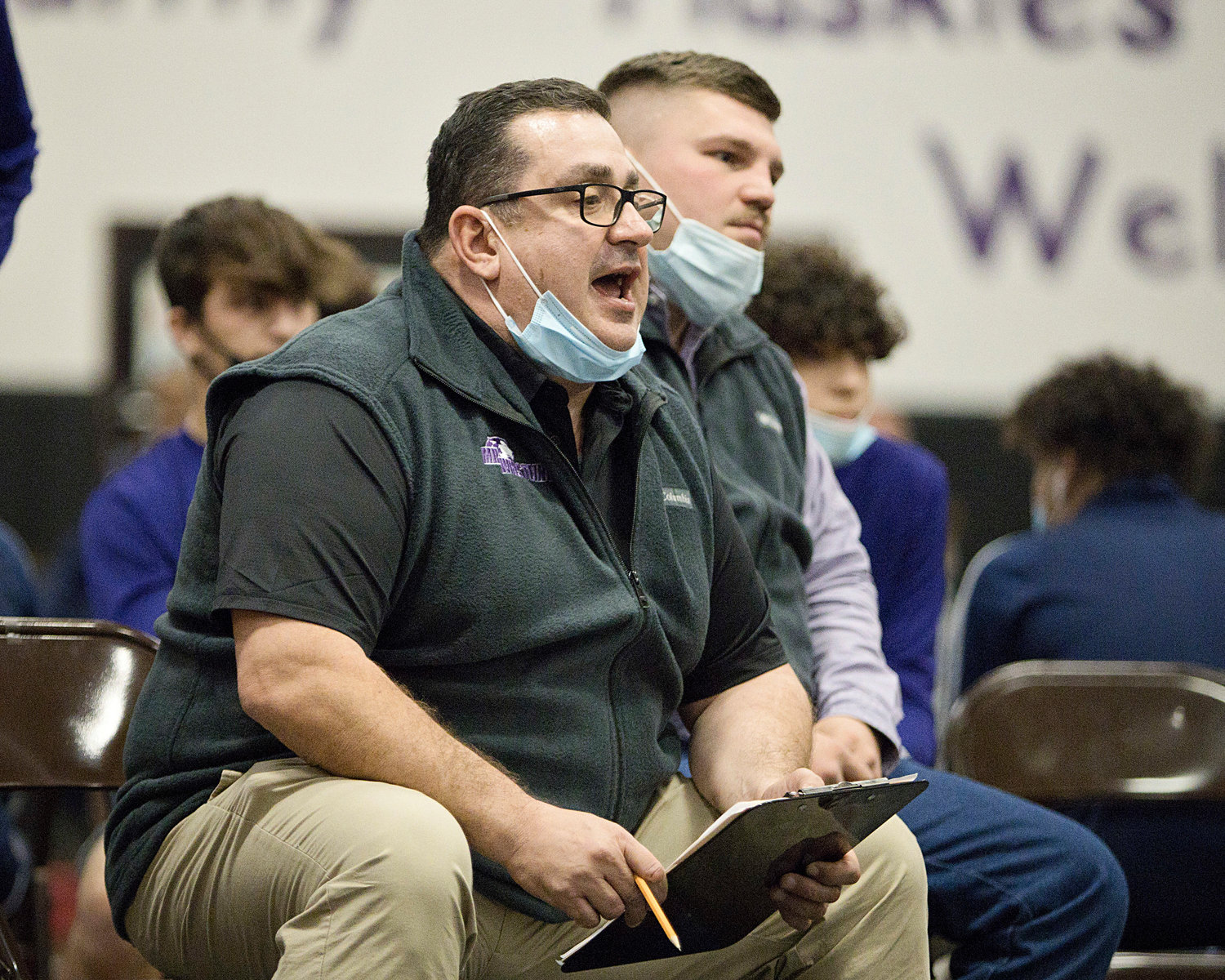 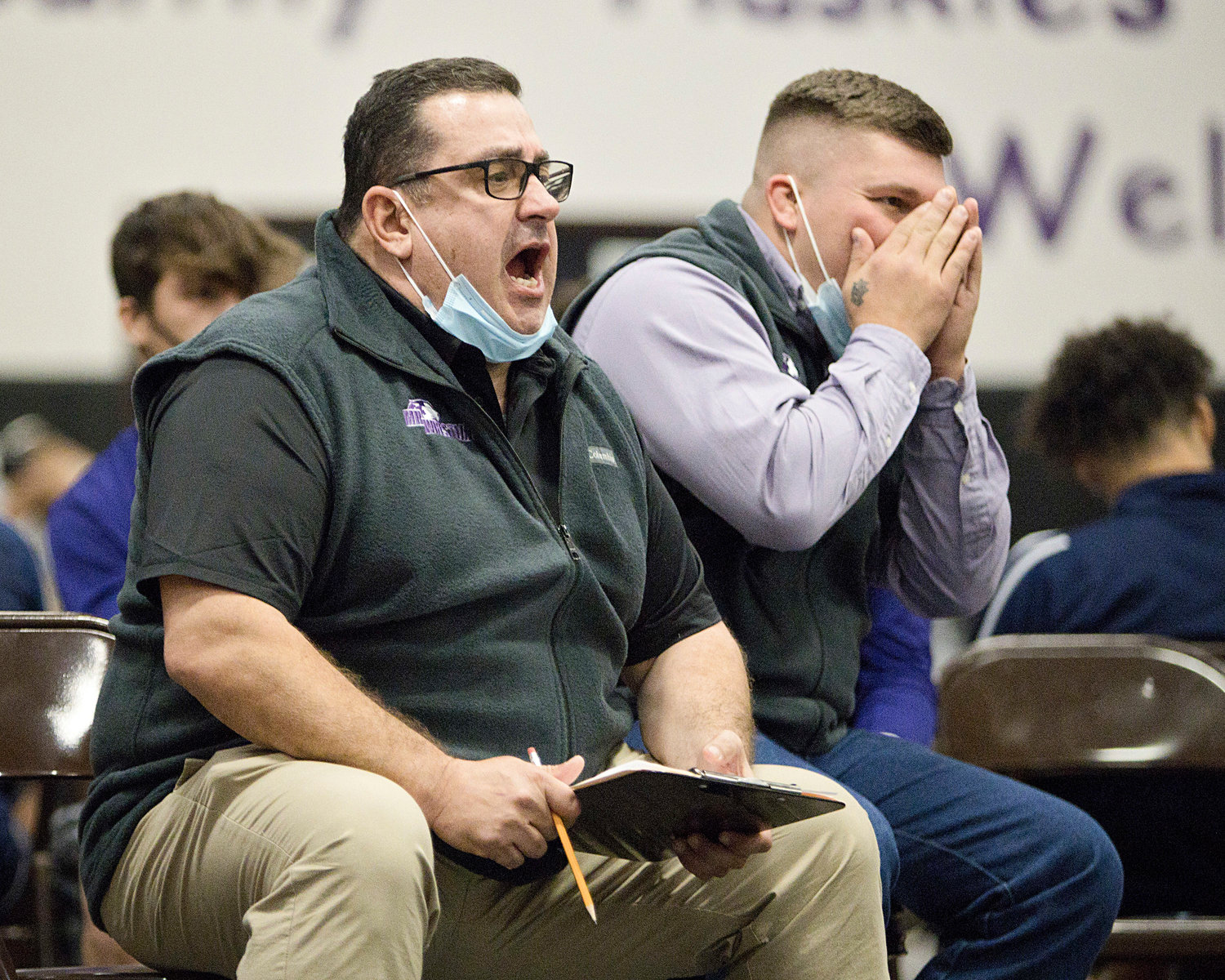 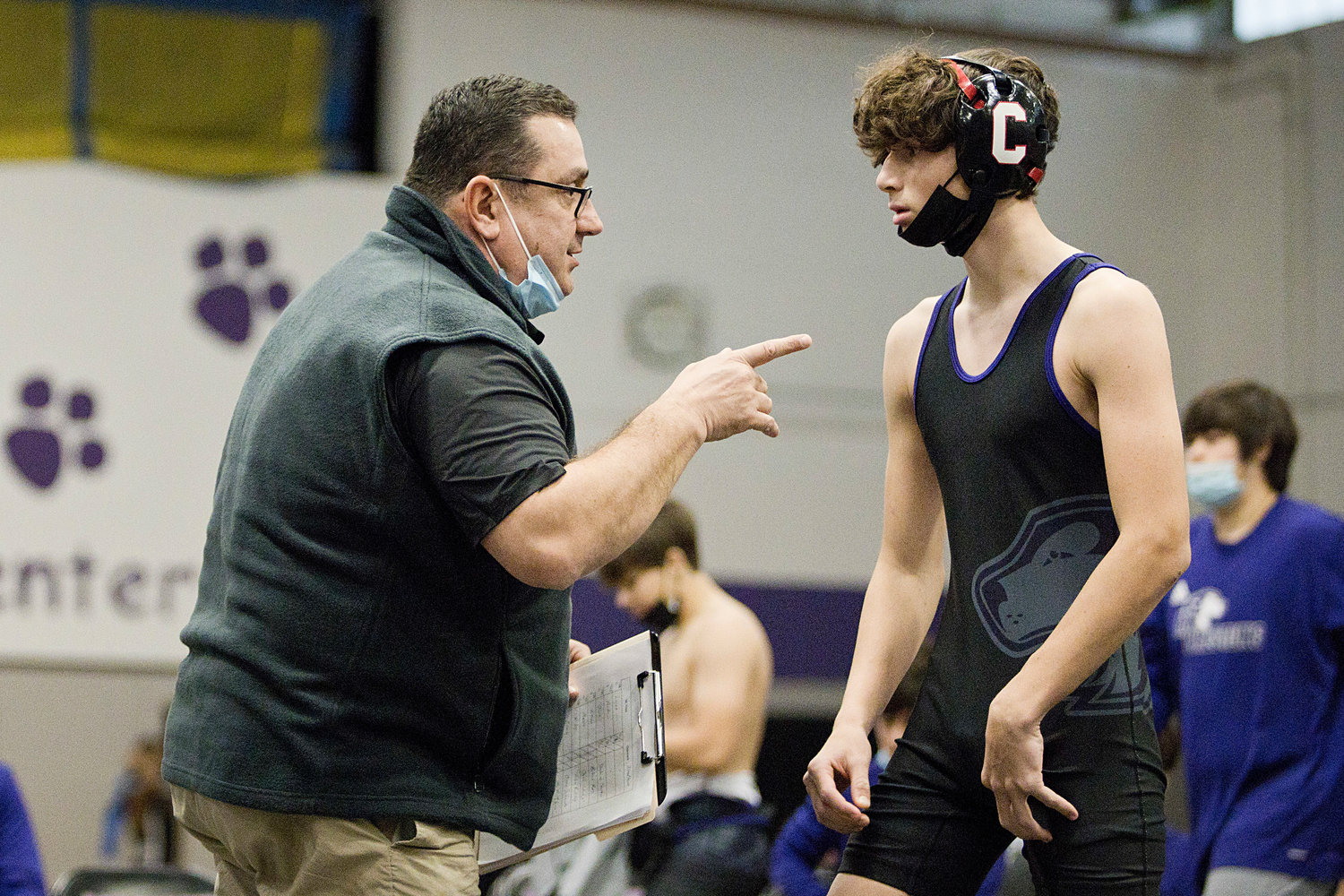 The Mt. Hope wrestling team, under new head coach Mike Pereira, are prepping to defend their 2021 state championship this season and become a perennial powerhouse for years to come —bolstered by a host of tournament-experienced wrestlers, a new staff and a jam-packed program that will take the team to tournaments across Massachusetts and New England.

“I am eager and ready to lead the wrestling team this season in what could be the most exciting time in the history of the program,” said Pereira in a statement.

“The way I like to coach is, if you have a two hour practice it has to be efficient. There’s no down time,” he said at practice last Monday. “I take a lot of pride in winning every match, but Feb. 25 is the first day of the state tournament. Our 14 kids have to be ready and peaked. Our job is the get them there and ready.”

The last four years, Coach Pereira was the assistant coach and right hand man to head coach Eric Francis, who stepped down after winning the title last season, to coach his son, Eli, at Kickmuit Middle School.

“Eric and I were always friends,” said Pereira. “While I was at Durfee, Eric was at Somerset as an assistant coach. We coached a youth through high school, off-season program together in Fall River,” he said.

Coach Pereira came to the team with a long coaching resume including a 15-year, head coaching stint at BMC Durfee High School in Fall River and a three year stint at Bridgewater State University. He was named USA Wrestling Magazine’s Massachusetts Man of the Year in 1999. Coach Pereira also coached his two daughters through their volleyball careers.

“I coached hundreds and hundreds of kids,” he said. “I just wanted to coach my own kids. My oldest daughter turned out to be a coach at Bishop Connolly in Fall River.” And he helped her coach there too.

Coach Pereira assembled his staff in the off season, adding two new assistants along with Ryan Fazzi, who coached with the team last year.

Mike Alves, who coached with Pereira at Durfee and at Bridgewater State, “was itching to get back in the fold,” said Pereira.

Then there is Colt Cotten, a young marine science technician and third class petty officer in the Coast Guard, stationed in East Providence. Coach Cotten wrestled at Benton High School in Pennsylvania, where he was a four-time high school all-American. He also wrestled in Division I for the University of Buffalo and was their captain for three years. He is heralded as one of the best wrestling clinicians in New England.

“I study wrestling,” said Cotten. “I watch between 100 and 150 matches a week. I live on Twitter watching college wrestling. I love to watch high level athletes. It becomes more of a position based sport, being in better position than knowing more moves. We are trying to develop that here at Mt. Hope.”

The new staff has made some changes to practices and have come up with a new up-tempo, drilling style of training during the offseason.

“That’s the way college and national teams do it,” said Pereira. “It’s been very efficient. There’s no down time.”

They have also been doing more strength training and weight lifting under Coach Pereira.

“We have a number of the kids back this season,” said Coach Pereira. “We have a whole array of other kids. There will be changes. It will be fluid. There may be all kinds of changes and situations through out the season. Especially with Covid.”

The Huskies line up this season

113 pounds: “Freshman Andrew McCarthy is one of the most promising prospects in the state,” said Pereira. “He’s been wrestling nationally all over the country. He can do it all. He’s legit.”

120 pounds: Junior Josh Vitullo placed 5th in the state wrestling at 113 last year. This season he is moving up a weight class to 120 pounds to make room for McCarthy.

126 pounds: Junior Mason Furtado has stuck behind Ethan Bland and Gomes for his first two seasons, this year he has a spot.

132 pounds: Senior captain Ethan Bland finished in the top 10 last year and will wrestle at either 132 or move up to 138 pounds. “Ethan is one of the best kids that I have met while coaching this sport,” said Coach Pereira.

145 pounds: Junior Brock Pacheco, a team co-captain, finished second in the state to Aidan Zarella of North Kingstown. “Brock trains hard he doesn’t stop the entire time he’s out there,” Pereira said. “He’s one of our captains and he’ll be ready to go.”

152 pounds: Senior captain Riley Furtado placed 5th at the state tournament at 160 pounds last season. Furtado moved down a weight class this season, to 152 pounds. “Riley has been wrestling since he was young and I think that he’s going to have a great year. He’s got a phenomenal attitude. He’s been helping to lead the team. This is the year that he has to do some damage,” said Pereira.

160 pounds: James Thibaudeau, a junior is wrestling 160 pounds this season. He placed 5th at the state tournament last year at 152.

170 pounds: Drystan McClain, a senior, finished in the top 15 last season at 170 pounds. McClain will look to gain the top 10 or higher this season.

182 pounds: Junior Ethan Delehante will attempt to fill the void left by Grifka at 182 pounds. “Ethan was a freshman state champion last year,” said Coach Pereira. “He trained very hard over the summer.” Craig Veader also may be an option for the Huskies at 182 according to Coach Pereira. Veader went 2-2 wrestling at 195 pounds at the state tournament last season.

220 pounds: Senior Atley Jenness placed third as a heavy weight at the state tournament last season. Jenness became leaner and taller over the offseason and will move down a weight class to 220 pounds. “He looks terrific,” said Pereira. “He’s ready to rock and roll. We are looking for big things out of him this season.”

295 pounds: Patrick Pitts, a senior, is going to wrestle at heavy weight. Pitts wrestled well at 195 pounds as a sophomore, but had trouble making the weight last season. “We are going to push him and we’ll see what happens,” Coach Pereira said.

The Huskies, aside from their Rhode Island schedule, will wrestle in a host of tournaments this season.

“I also want to venture down to Connecticut and up to New Hampshire and Maine over the next couple of years,” said Coach Pereira. “We’ll attempt to hit tournaments all of the New England states and New York. We are going to be successful.”