Senior running back Brock Pacheco rushed for 245 yards and four touchdowns as Mt. hope came from behind to beat West Warwick 26-20 at Frank “Monk” Maznicki Field on Friday night to finish … 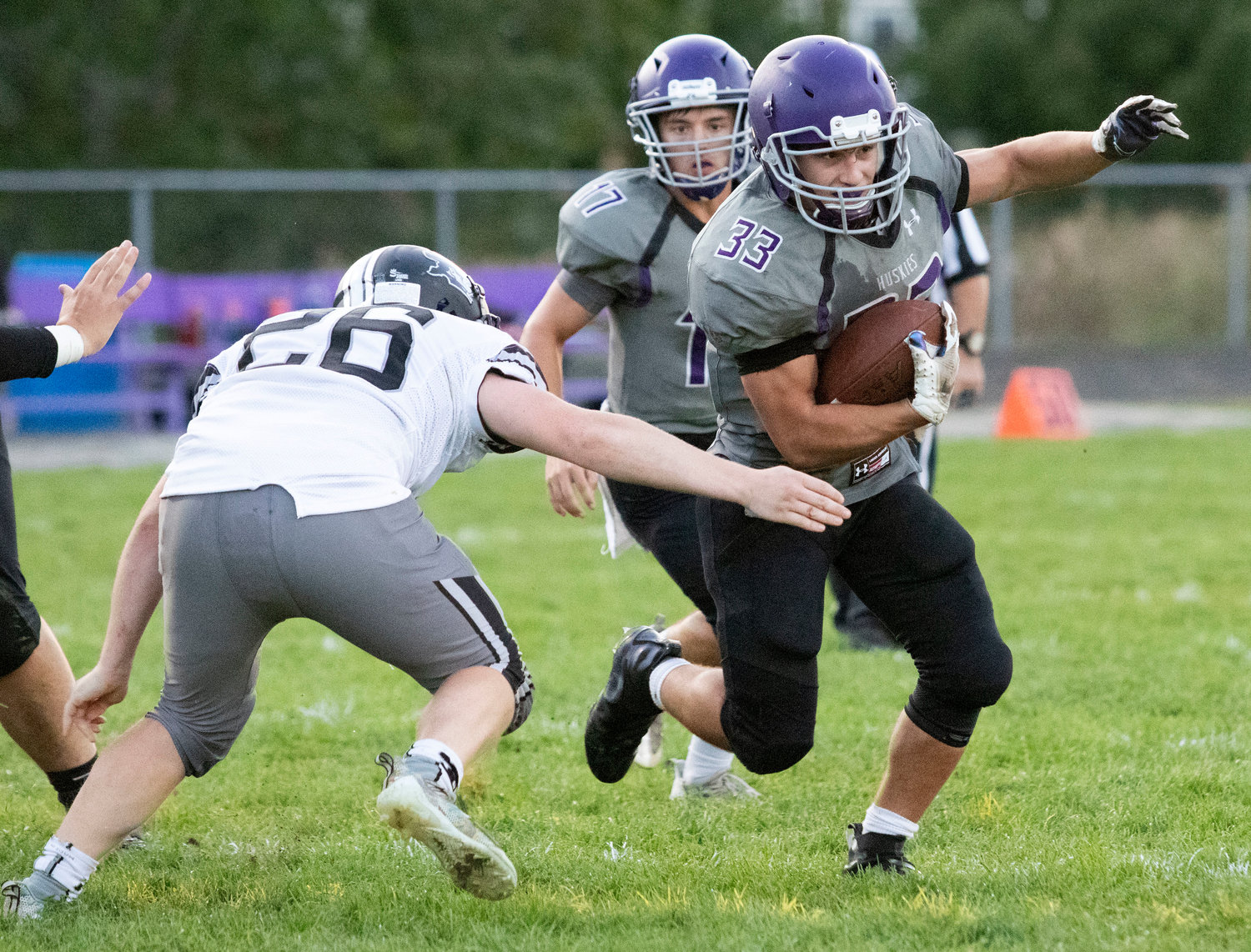 Brock Pacheco scored four touchdowns and ran over West Warwick for 245 yards, breaking the thousand-yard mark with 1008 yards for the season. In photo, he rushed for 117 yards and a touchdown during the Huskies loss to Pilgrim earlier in the season.
Photos by Richard W. Dionne, Jr. 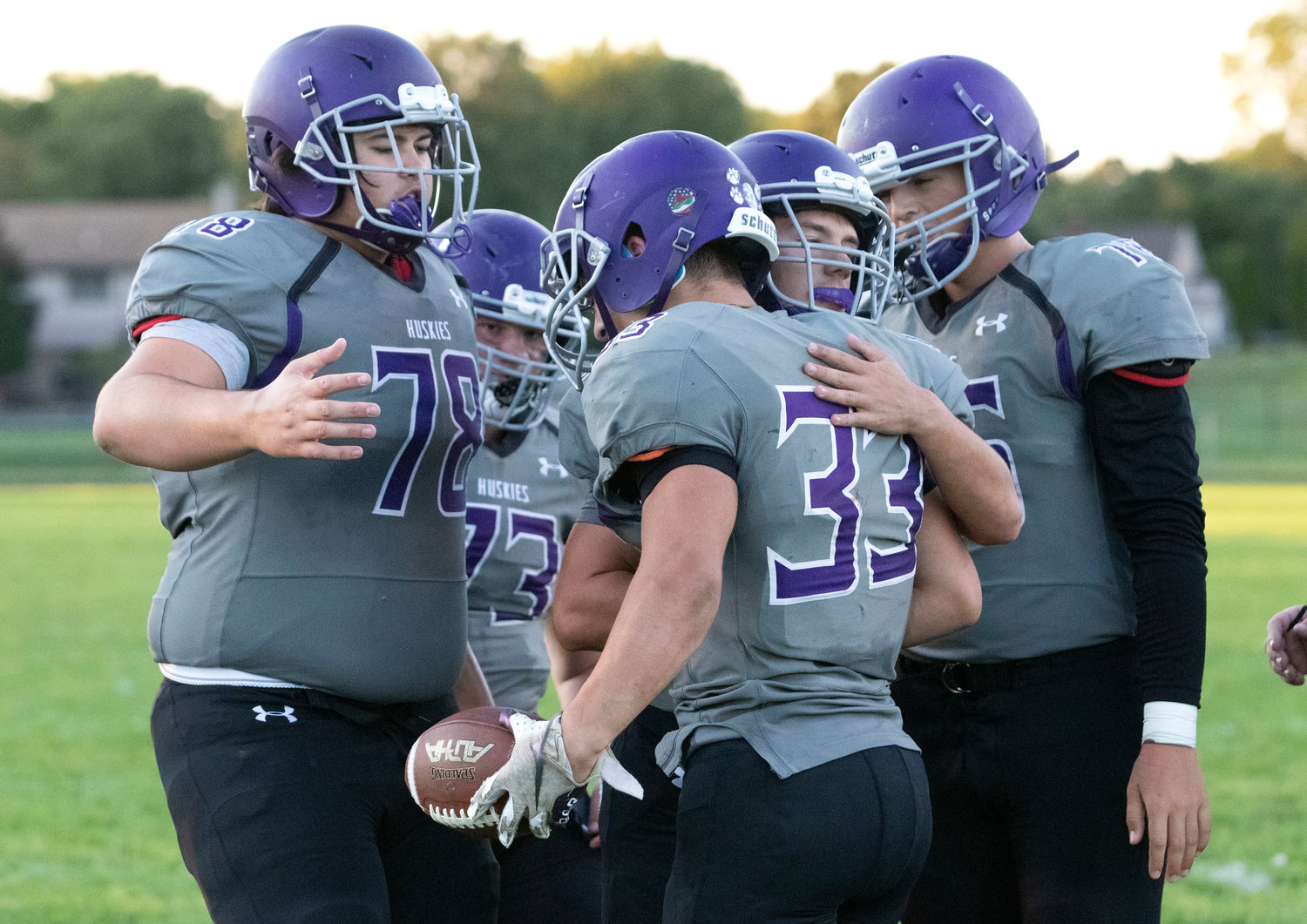 Teammates celebrate with Pacheco after he scored a touchdown during the team's game against Pilgrim. 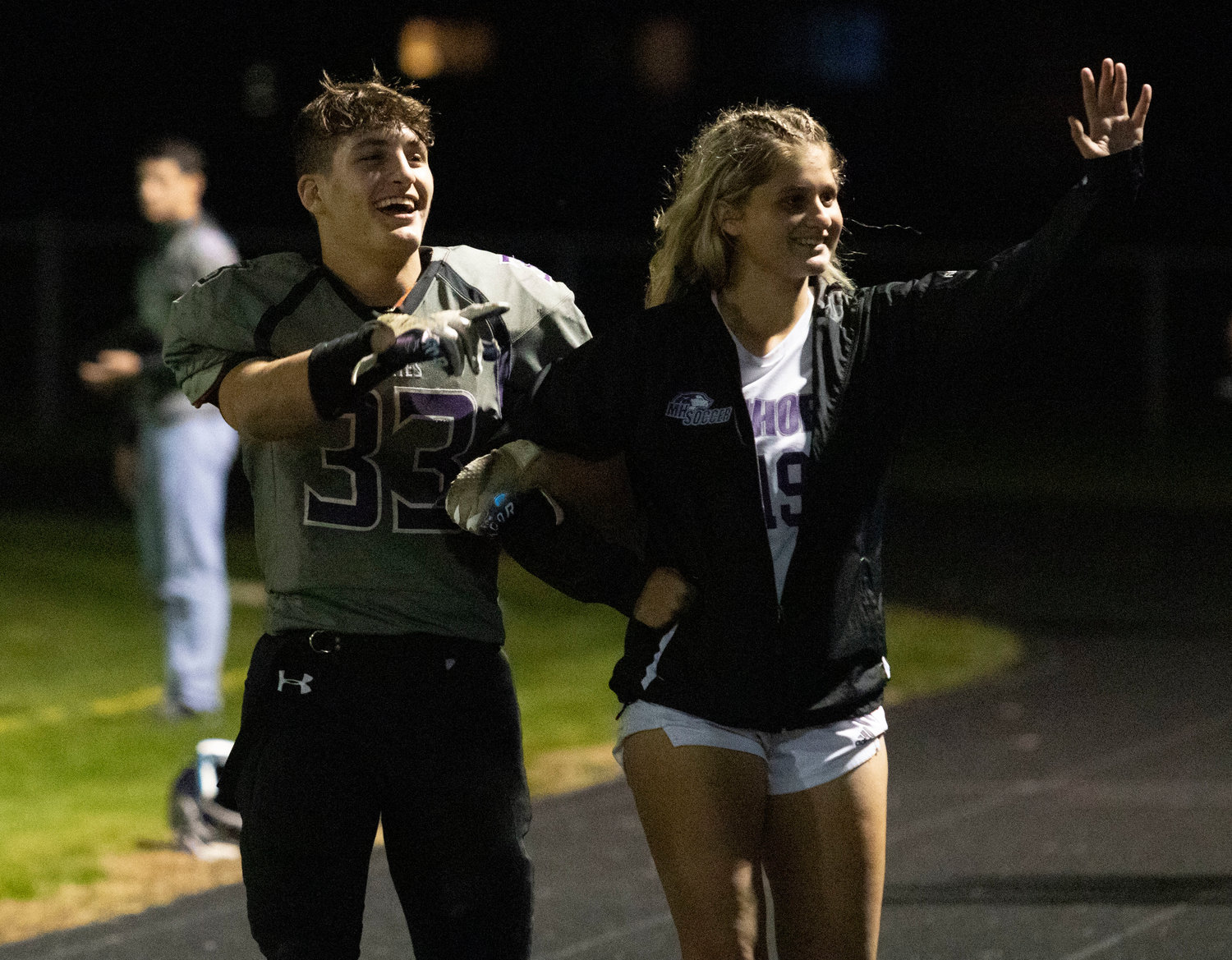 Brock Pacheco and soccer player Abby Razzino are announced to the crowd during the Homecoming game.
Previous Next
Posted Monday, October 31, 2022 8:37 pm

Senior running back Brock Pacheco rushed for 245 yards and four touchdowns as Mt. hope came from behind to beat West Warwick 26-20 at Frank “Monk” Maznicki Field on Friday night to finish the regular season, 3-5, in Division III-B.  Pacheco also surpassed the thousand yard mark with 1115 yards for the season. He joins running backs Mark Rhynard who achieved the feat in 1995 and Michael Borges (2010) as the only players to achieve the mark at Mt. Hope High School.

“Brock is a stud,” said head coach Thomas DelSanto, Jr. “He is undoubtedly one of the best backs in the state. Brock is a great leader. He is tough as nails, has great vision and is also great at setting up blocks.”

The senior running back scored on a 33-yard touchdown run in the first quarter and ran for touchdowns of 7, 2 and 12 yards as the Huskies came back from a 20-14 halftime deficit. Mt. Hope scored two second half touchdowns, one in each quarter and defensively held West Warwick scoreless in the second half.

“I’m so happy and proud for our team,” said Coach DelSanto. “West Warwick is huge and everyone was picking them. But our kids are tough. Love these kids.”

Up next: The Huskies will  host Coventry on November 10 at 6 p.m. before hosting Barrington in the annual Thanksgiving Day game at home at 10 a.m.

Huskies' wrestlers begin to find their identity in loss to Cumberland