Mt. Hope running back Brock Pacheco rushed for 154 yards and two touchdowns as Mt. Hope fell to Barrington 41-13 in the annual Thanksgiving Day game in front of a packed crowd at Dietz Field. Pacheco … 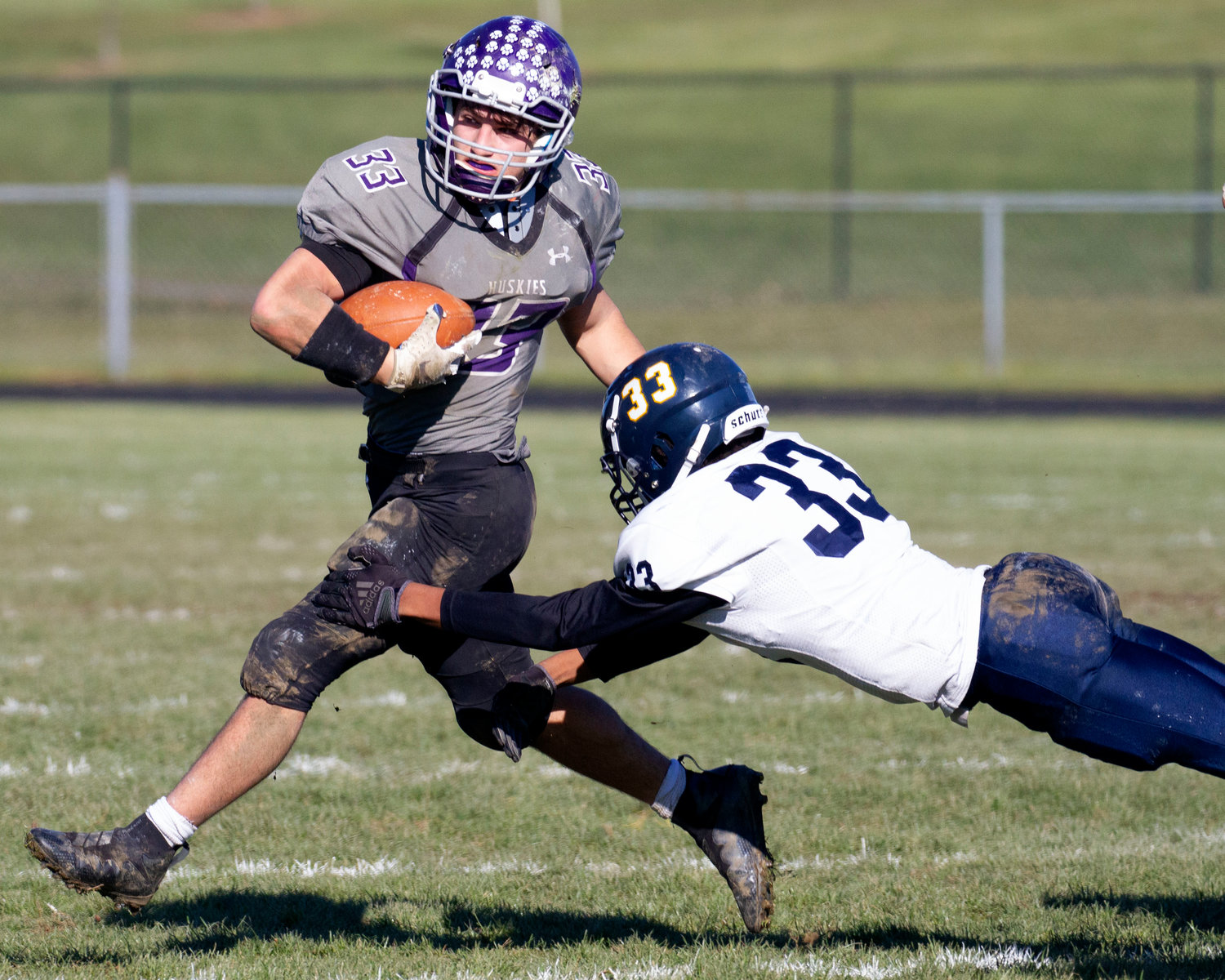 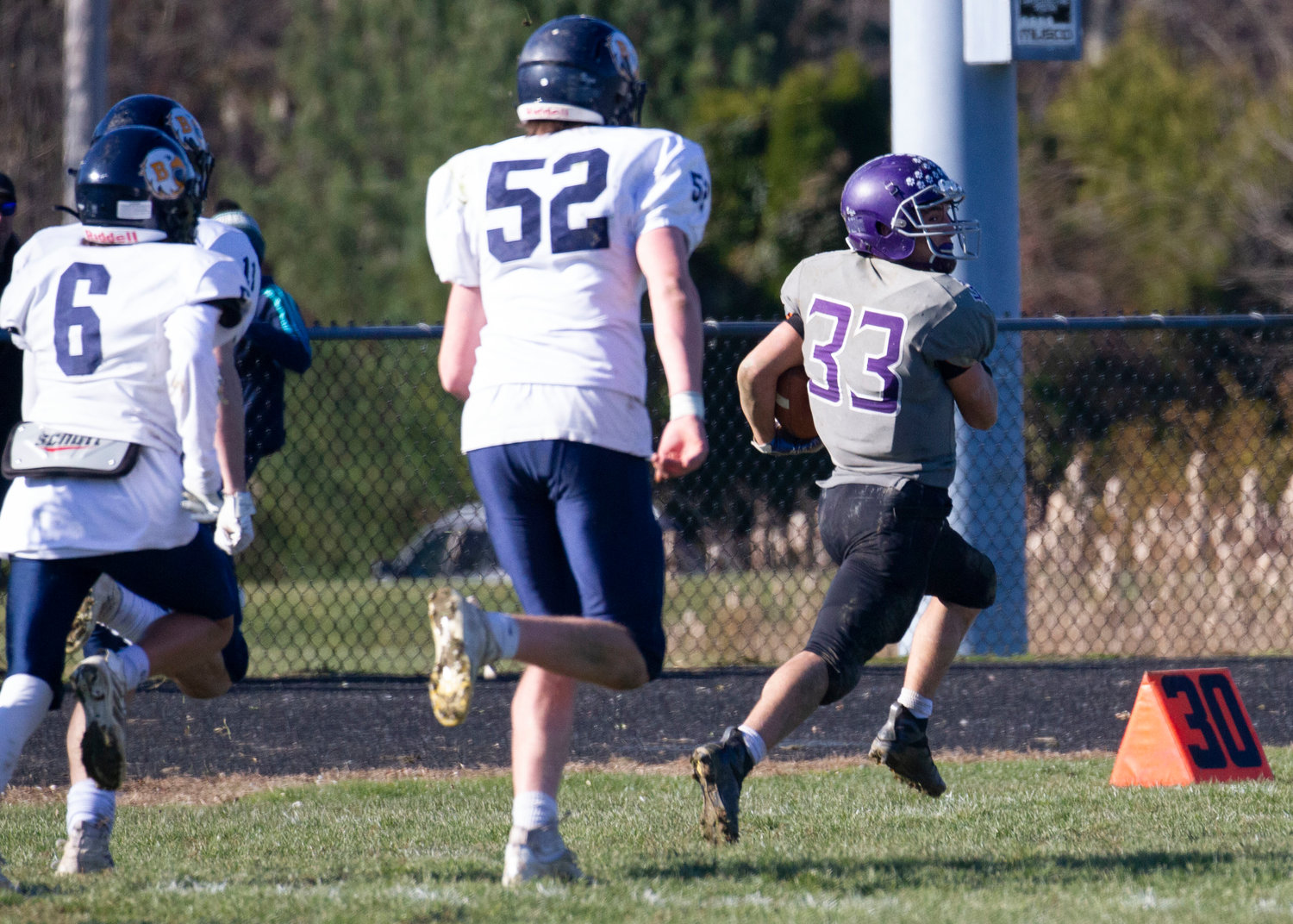 Brock Pacheco races down the sideline for a 70-yard touchdown in the fourth quarter. 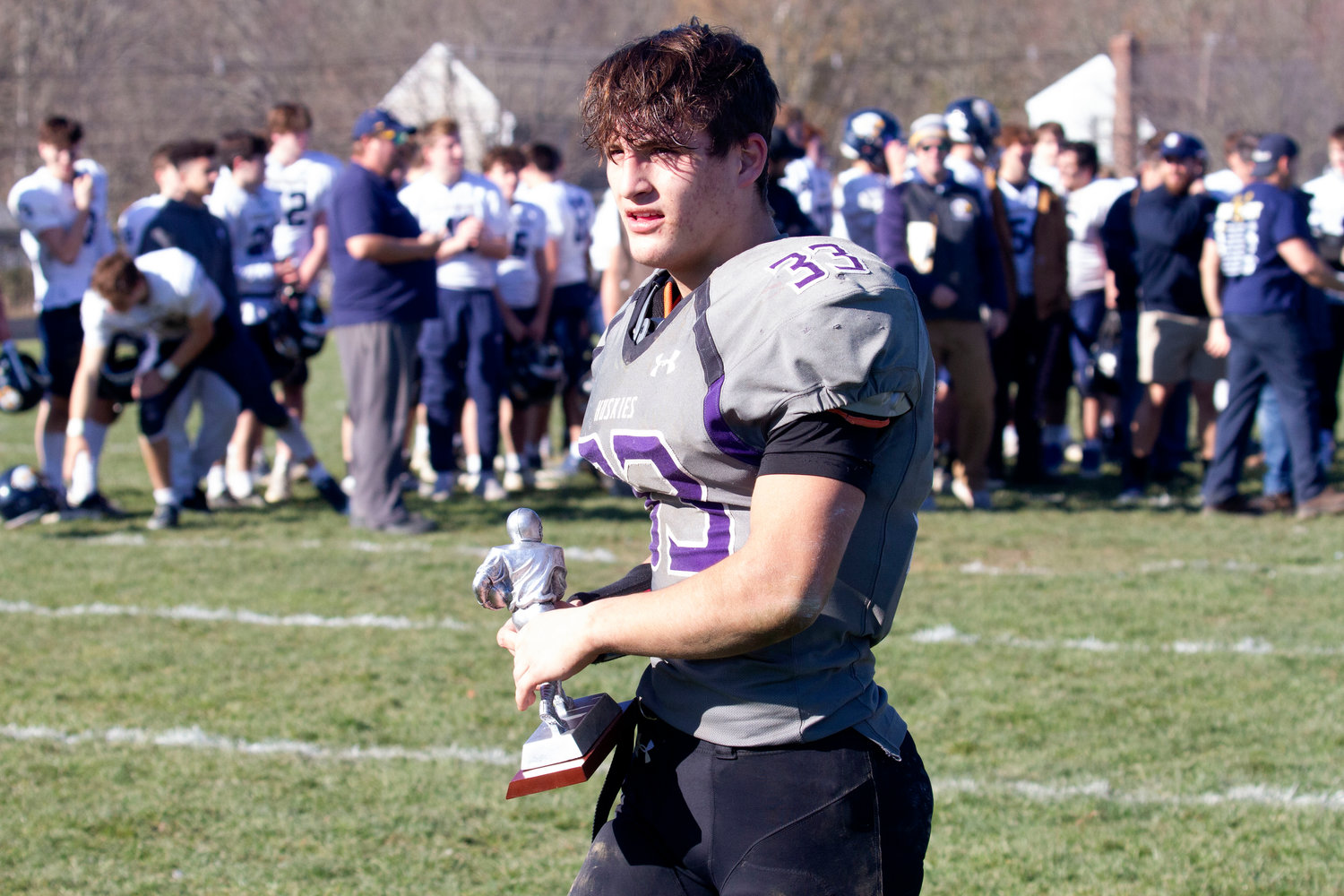 Brock Pacheco received the MVP award for Mt. hope after the game. 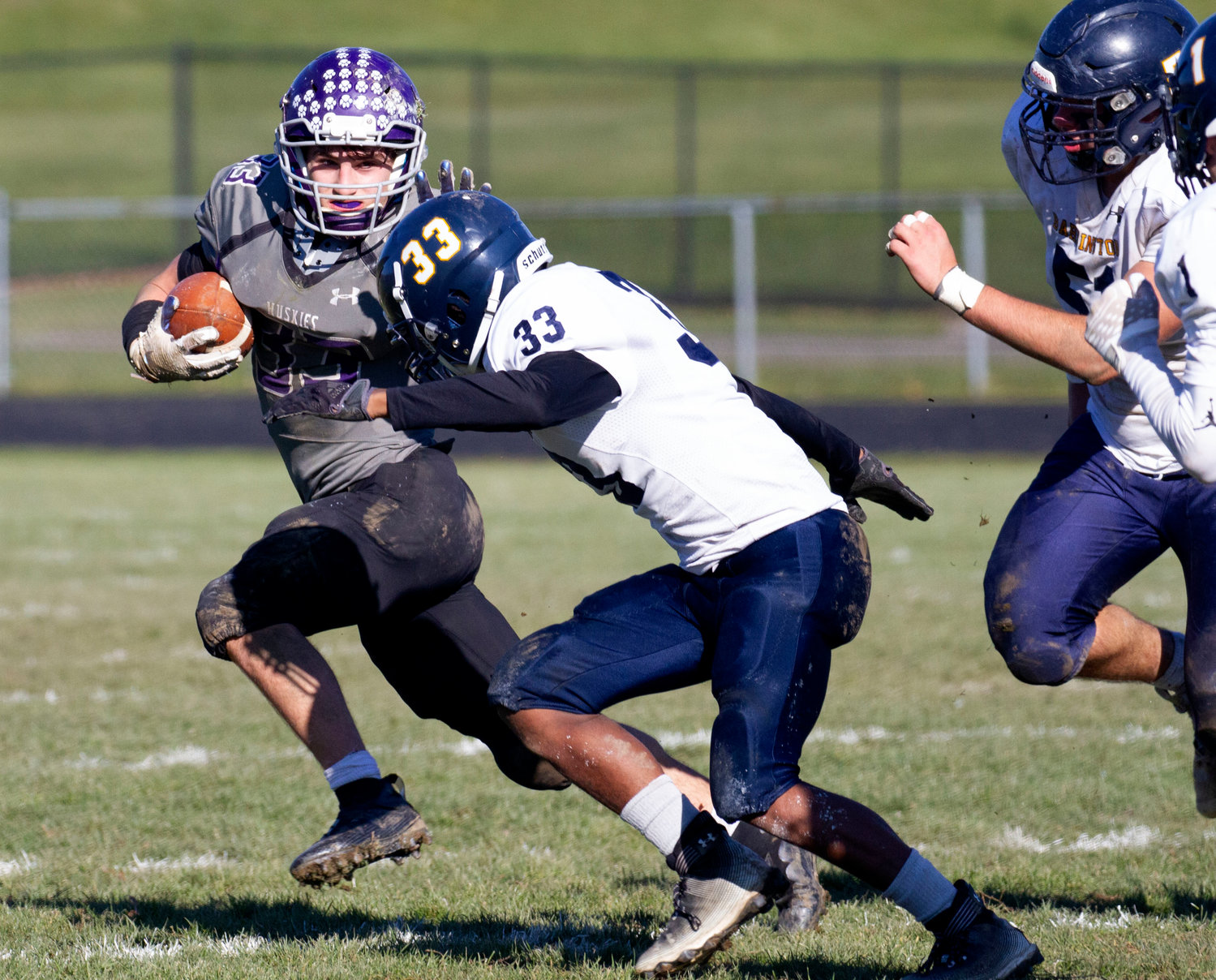 It’s just crazy to me. Having a great year like this, I’m just thankful for the season. Thankful for Riley, Rocco and my O-line, I love them.”
Running back Brock Pacheco
Story and photos by Richard W. Dionne, Jr

Mt. Hope running back Brock Pacheco rushed for 154 yards and two touchdowns as Mt. Hope fell to Barrington 41-13 in the annual Thanksgiving Day game in front of a packed crowd at Dietz Field. Though the young Huskies finished with a 3-7 record, Pacheco was prolific, shattering both the single season rushing record and touchdown record.  The senior ran for 1,444 yards on 194 carries and 17 touchdowns in ten games, surpassing leaders Mark Rhynard, who rushed for 1,138 yards and set the mark for touchdowns with 15 in 1995, and Mike Borges, who ran for 1,145 yards in 2008 for the most yardage and touchdowns in school history.

“He is our best-ever running back at Mt. Hope,” heralded head coach Thomas DelSanto, Jr. after the game. “He has worked so hard this season. They focused on him all game. Barrington knew they had to stop Brock. But he did what he always does and broke out with some hard fought yards and two touchdowns. He’s a great kid, and I’m very happy for him and proud of him.”

“It’s just crazy to me,” Pacheco said. “Having a great year like this, I’m just thankful for the season. Thankful for Riley, Rocco and my O-line, I love them.”

In the Thanksgiving Day game, Pacheco scored twice in the fourth quarter. The first was a five-yard run up the middle. The second, Pacheco took a handoff from Howland, cut left behind the offensive line and raced down the Barrington sideline for a 70-yard score. Pacheco and his family made a difficult decision in the offseason as he worked hard to come back from an ACL injury to his knee that occurred in 2021. “I wasn’t sure in the beginning of the season that I was even going to play,” Pacheco said. “My dad was worried that I was going to get injured again. But I kept putting in a lot of work. Lifting and catching up. I was behind the curve. But I kept working and I’m just thankful for this season, really.” He began the season strong and quickly got on the same page with first year junior quarterback Riley Howland, sophomore full back Rocco Palazio and the offensive line. “As the season progressed, we got our chemistry right,” said Pacheco. “Riley ran the offense well and we all came together as a team. We had great chemistry. I didn’t have that on past teams.”

Pacheco also had a monster year defensively as he compiled 74 tackles. Rhynard an assistant coach with the Huskies spoke glowingly about the running back that broke his touchdown record. “Brock is the best running back that I have seen. The way that he led this football team was inspirational. He can be a quiet kid at times, but he leads by example, hard work, dedication and he’s everything that you would want in a player.”

Rhynard who has been coaching at Mt. Hope since 2008, has decided to retire from coaching due to health issues. “I’ve been blessed to coach twenty seasons including youth football,” he said. “I’ve been working with this group of kids since they were 5 and 6 years old. I feel grateful to be here today.” He plans to help out anyway he can behind the scenes as his elder son, Andrew a sophomore, plays for the team and his youngest son, Tyler, is in seventh grade and likely will play for the team as a freshman. “There is a lot of things that I can help with in making sure that the kids have everything they need, which is the most important thing to me.”

Barrington scored four touchdowns in an eight-minute span to roll to a 41-13 victory. Quarterback Alex McClelland ran for a touchdown and threw for two more. He was four-for-five passing, for 58 yards. “We had to come in aggressive today,” said Barrington senior linebacker Dan Lemos. “We knew Brock Pacheco was top-three in the state for rushing. Coach Jimbo (Anderson) kept saying you have to be aggressive. You have to come downhill at him.” The Eagles led 27-0 at halftime and scored two more touchdowns in the third quarter before Pacheco scored two for the Huskies in the fourth.