Warren's Folks Fest 2022 looks to be biggest yet

Between the free admission, the wide variety of live music, over 40 local art vendors with plenty to browse, and a selection of food and beverage choices that would make any Providence elitist stop …

Warren's Folks Fest 2022 looks to be biggest yet 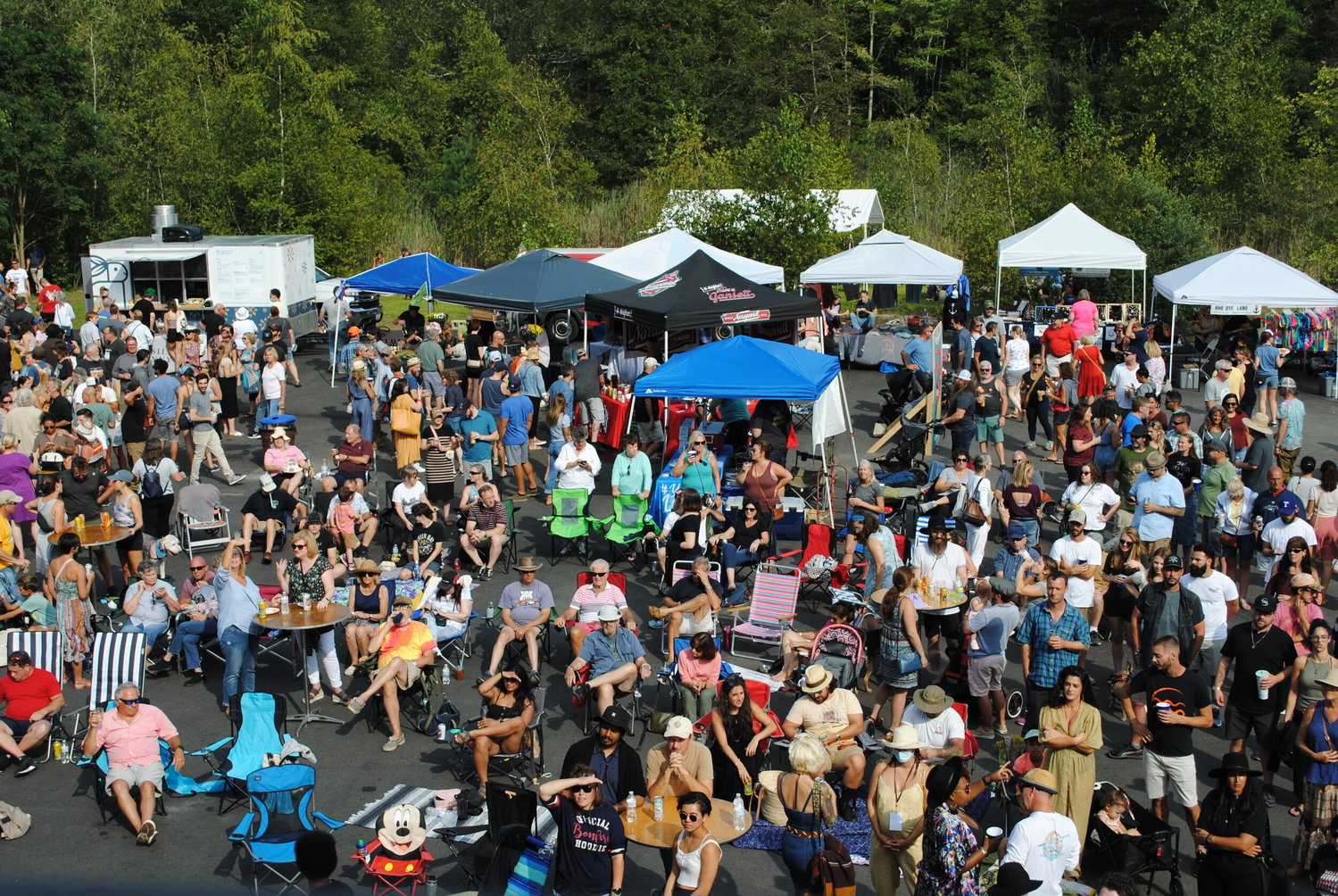 CORRECTION: This article stated the festival will take place at Cutler Mill, which is incorrect. The festival takes place at 30 Cutler St.

Between the free admission, the wide variety of live music, over 40 local art vendors with plenty to browse, and a selection of food and beverage choices that would make any Providence elitist stop and take notice, it’s hard to imagine a more quintessential celebration of Warren than the annual Folks Fest at 30 Cutler St.

This year’s festivities kick off on Saturday, Aug. 20, from 1-7 p.m., and there really is no wrong time to show up, according to Collaborative Founder and Folks Fest originator Uriah Donnelly.

“To me it’s always a fun day. Everyone always seems to be smiling and having a good time,” he said. “It’s one of the only events that I see all the different pockets of town hanging out together. There seems to be separation between some groups of people in Warren, but this event seems to bring everyone out together to enjoy the music and the food and the art and the whole thing.”

The food and drink

Donnelly was especially excited about the selection of food and drink vendors he was able to secure for the 2022 festival — which is technically the sixth iteration since its humble beginnings in 2016 (although that remains a point of contention even among its founders, since the inaugural event was billed, jokingly, as the “second annual” Folks Fest).

This year marks another return of Narragansett Beer as a lead sponsor, meaning there will be plenty of ‘Gansetts to go around. The famed Rhode Island brewery has been sponsoring the event since 2018. They will be joined by Rumford’s Anchor & Hope Winery and, to round out all alcoholic choices, 2022 will be the first year welcoming a cocktail purveyor — mobile cocktail bar, RI Cruisin’ Cocktails.

As for food, Donnelly said that he placed an added emphasis on securing as many local hot spots as possible this year amidst a spotlight of attention on Warren’s food scene.

“I think now that Warren is sort of on the culinary map, it’s grown organically with that, but I really tried this year in particular to get more food and more options,” he said.

Nothing goes with a great meal and a satisfying beverage like some live entertainment. The 2022 Folks Fest has another full slate of musicians, local and from afar, to perform throughout the day.

Warren’s own Lauren Rhodes will perform with her band, Honeysuckle Hill on the main stage. Also on the main stage is Warren business owner Ernest Edwards, who owns Diamond Cutz barber shop on Main Street, who will be performing a live poetry set.

Other performances include Bochek, Mary-Elaine Jenkins (whose voice you simply have to hear), Vudu Sister, Beauquet, American Echoes, Anthony Loffredio, Rafay Rashid, and an ensemble performance led by Joe Bruce.

“Certainly we’re excited about bringing in artists of color and bringing in a more diverse performer selection on both stages this year,” Donnelly said. “That’s important to The Collaborative and important to the festival to give the stage to people with different styles and different backgrounds…I think all the acts are incredible.”

As for the aforementioned art vendors, there’s too many to mention in print, but check out the selection by going to https://thecollaborative02885.org/warren-folks-fest-2022.

Considering the whole thing started as a “low-key” celebration of a few peoples’ birthdays, Donnelly seems genuinely surprised (pleasantly) at what Folks Fest has turned into.

“I didn’t really have a lot of expectations from the outset, and I had no idea that it would be what it is now,” he said. “Even though we called it an ‘annual event’ the first time, we didn’t really think it was something we’d do every year, or that would grow every year. It’s been a steady increase of participation of ‘folks,’ if you will.”

The event is made possible by sponsors such as those listed above, as well as Navigant Credit Union, Bank Newport, Ocean Point Insurance, Johnson’s Roadside Farm & Market, Tasca, Water Rower, and East Bay Printing & Copying. Reps. June Speakman and Jason Knight also kicked in a $4,000 legislative grant this year to help with the acquisition of talent and rental equipment such as tents, chairs, and port-a-johns.

“This year we have way more sponsors than we’ve had in year’s past,” Donnelly said. “Our board has been very active in soliciting that.”

'Folk at the Farm' returns to Frerichs Farm on Oct. 2

Firefighters' artwork to be showcased during Collaborative art and food event

It's Raptor Weekend at the Audubon