“It’s going great, we are 7-0,” said senior co-captain Leah Sylvain of her senior season as the undefeated Westport girls basketball team laid a 39-16 beating on Southeastern RVT on … Korynne Holden finishes off a fast break with a layup.
Photos by Richard W. Dionne, Jr. 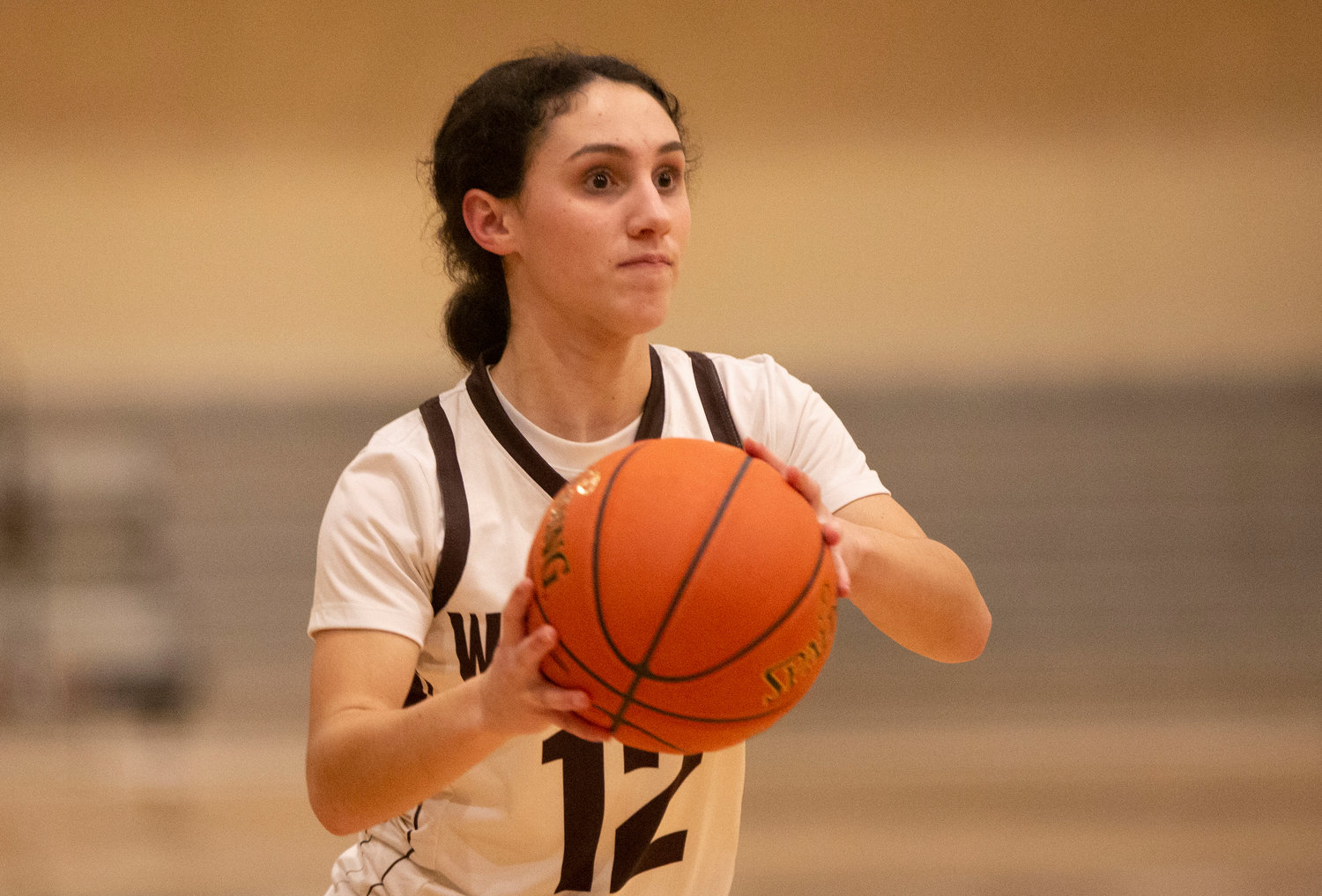 Tess Sylvia looks to make a pass with the Wildcats on offense.
Photos by Richard W. Dionne, Jr. 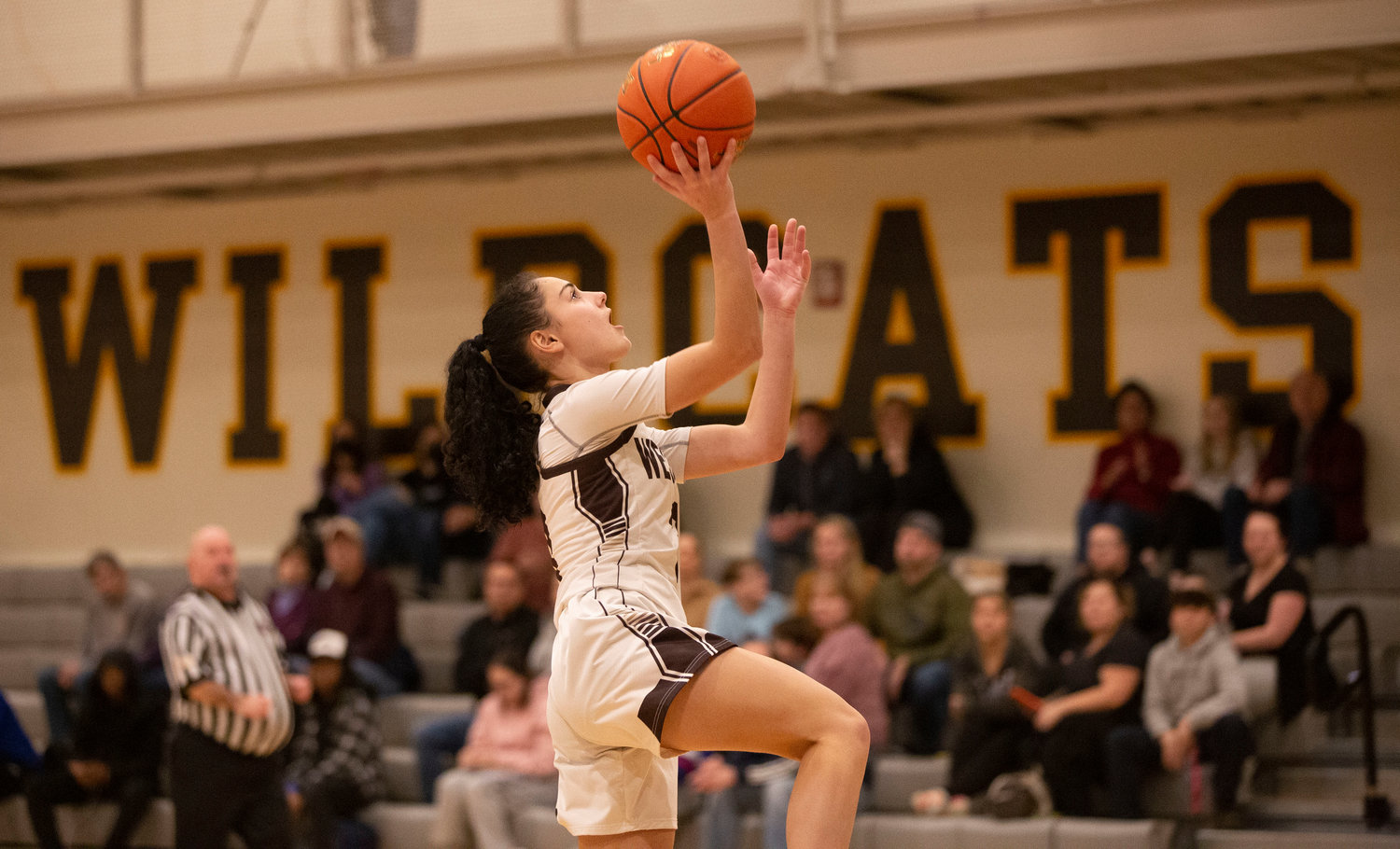 Korynne Holden drives in for a layup.
Photos by Richard W. Dionne, Jr. 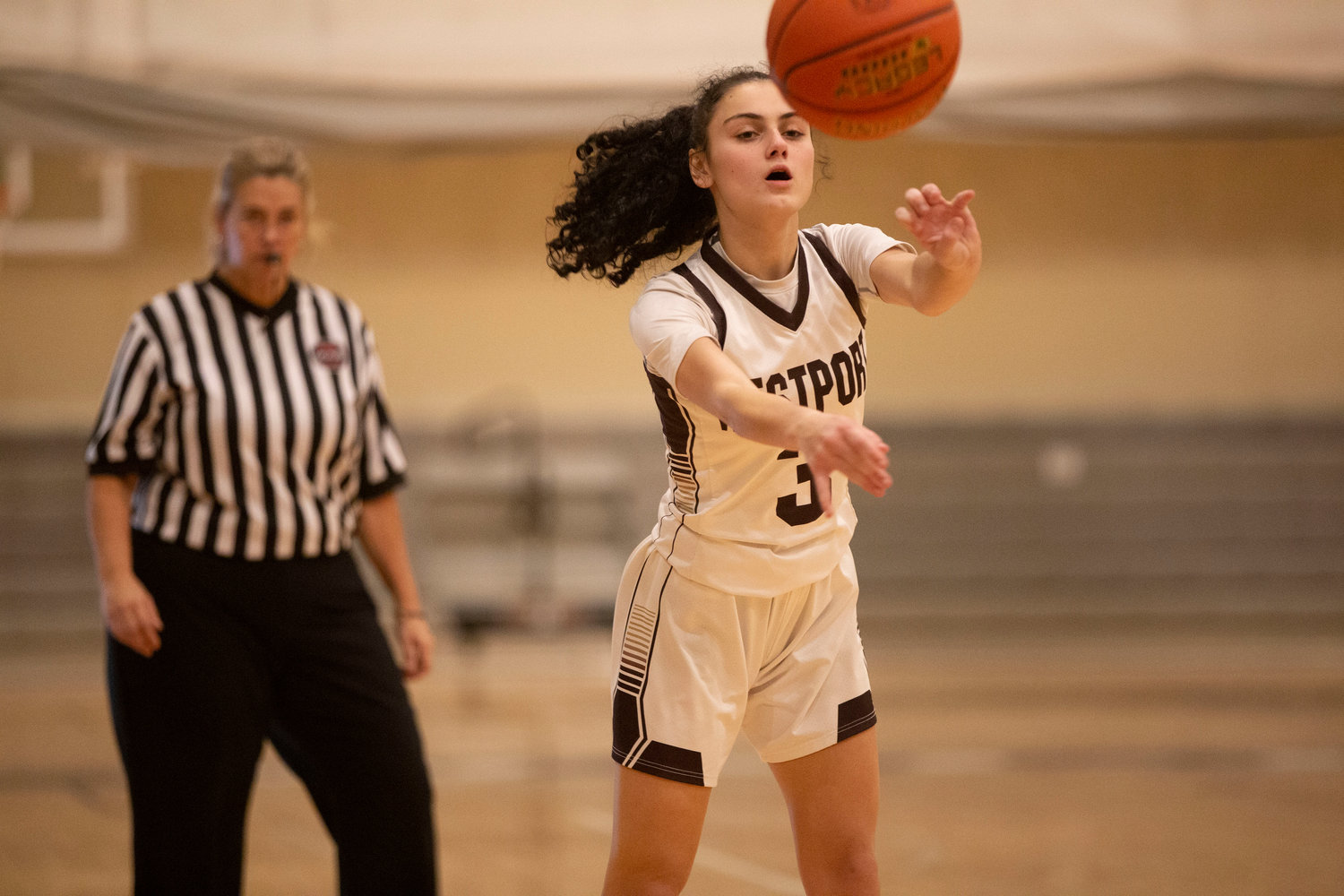 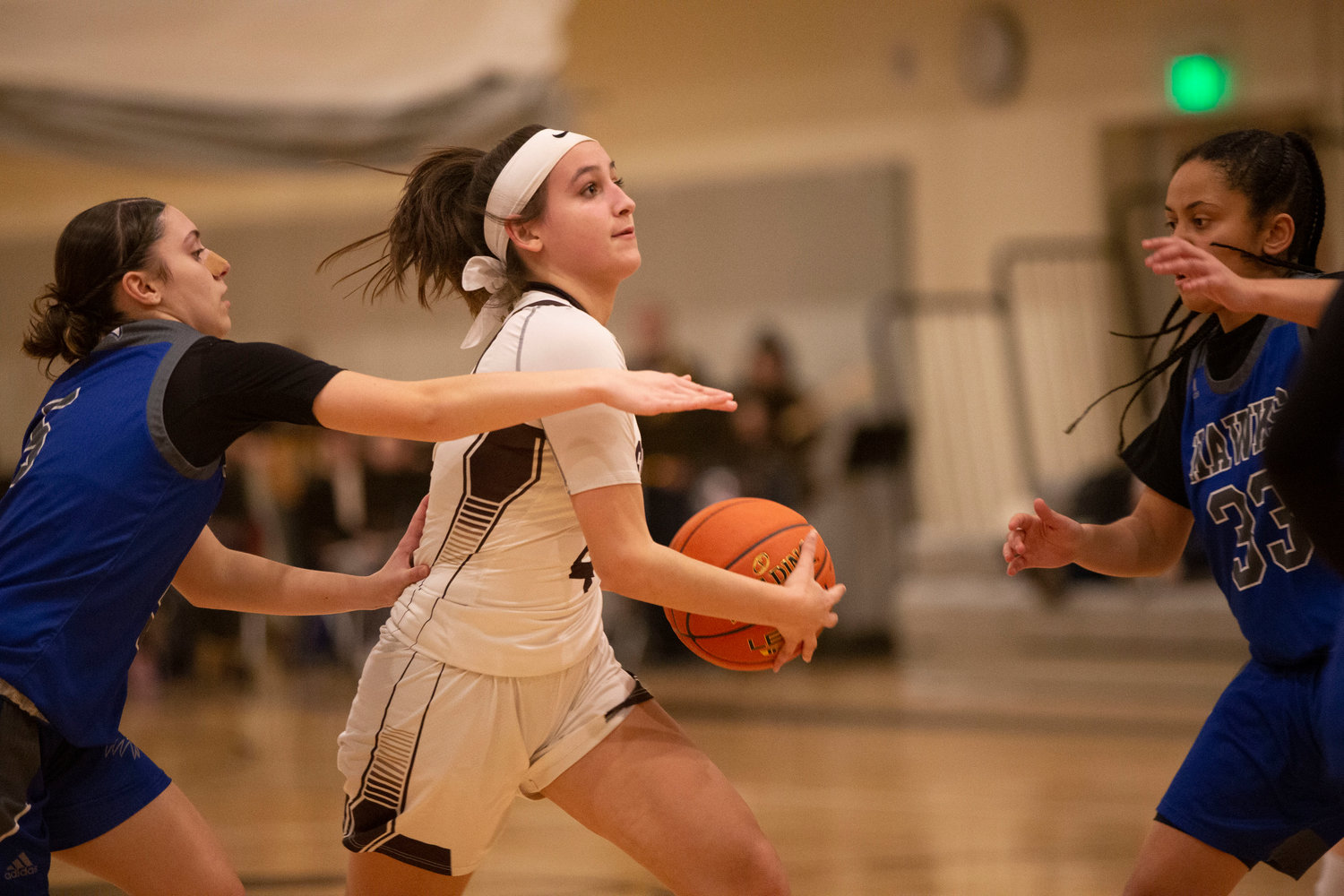 Leah Sylvain gets a step on the the Southeastern defense.
Photos by Richard W. Dionne, Jr. 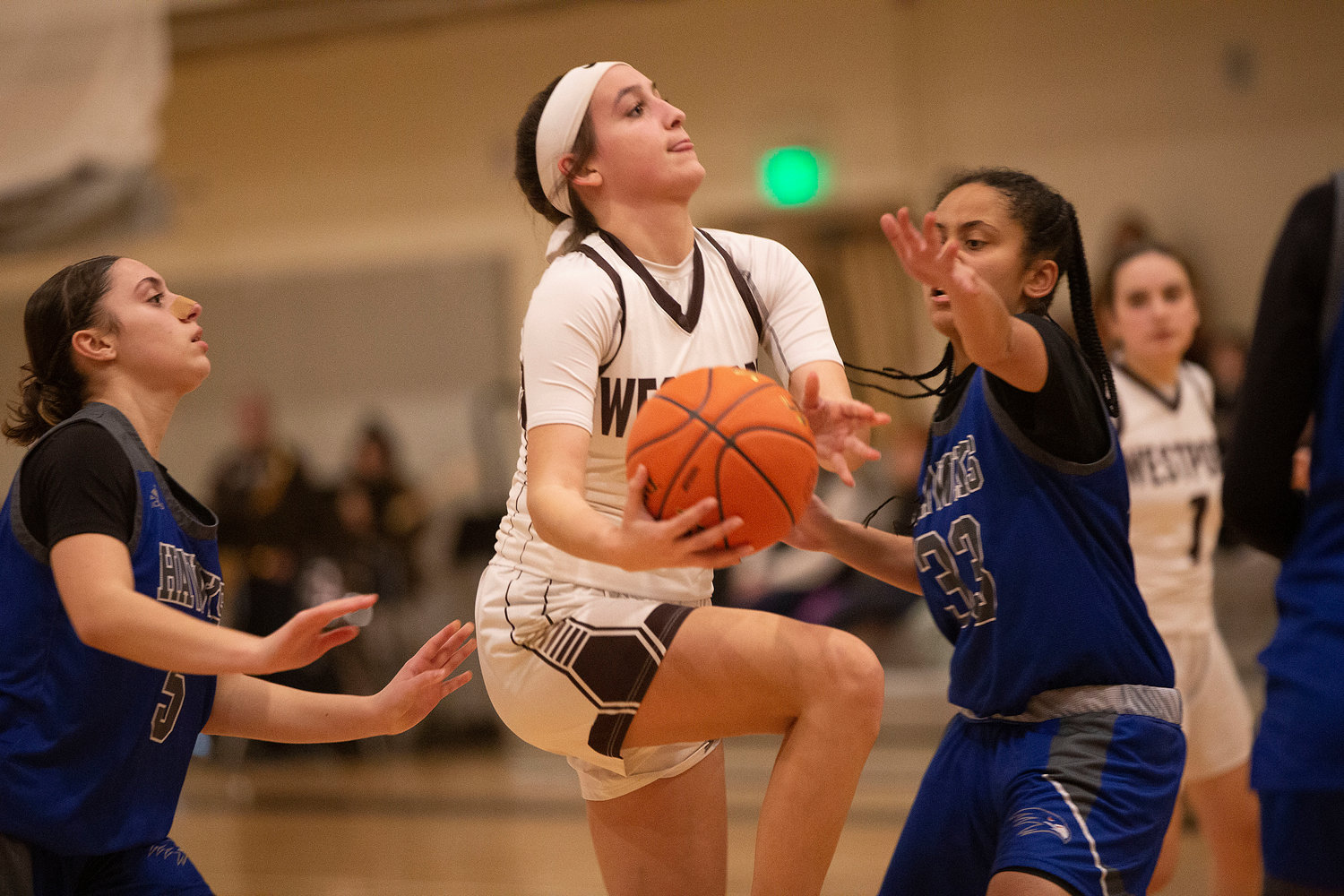 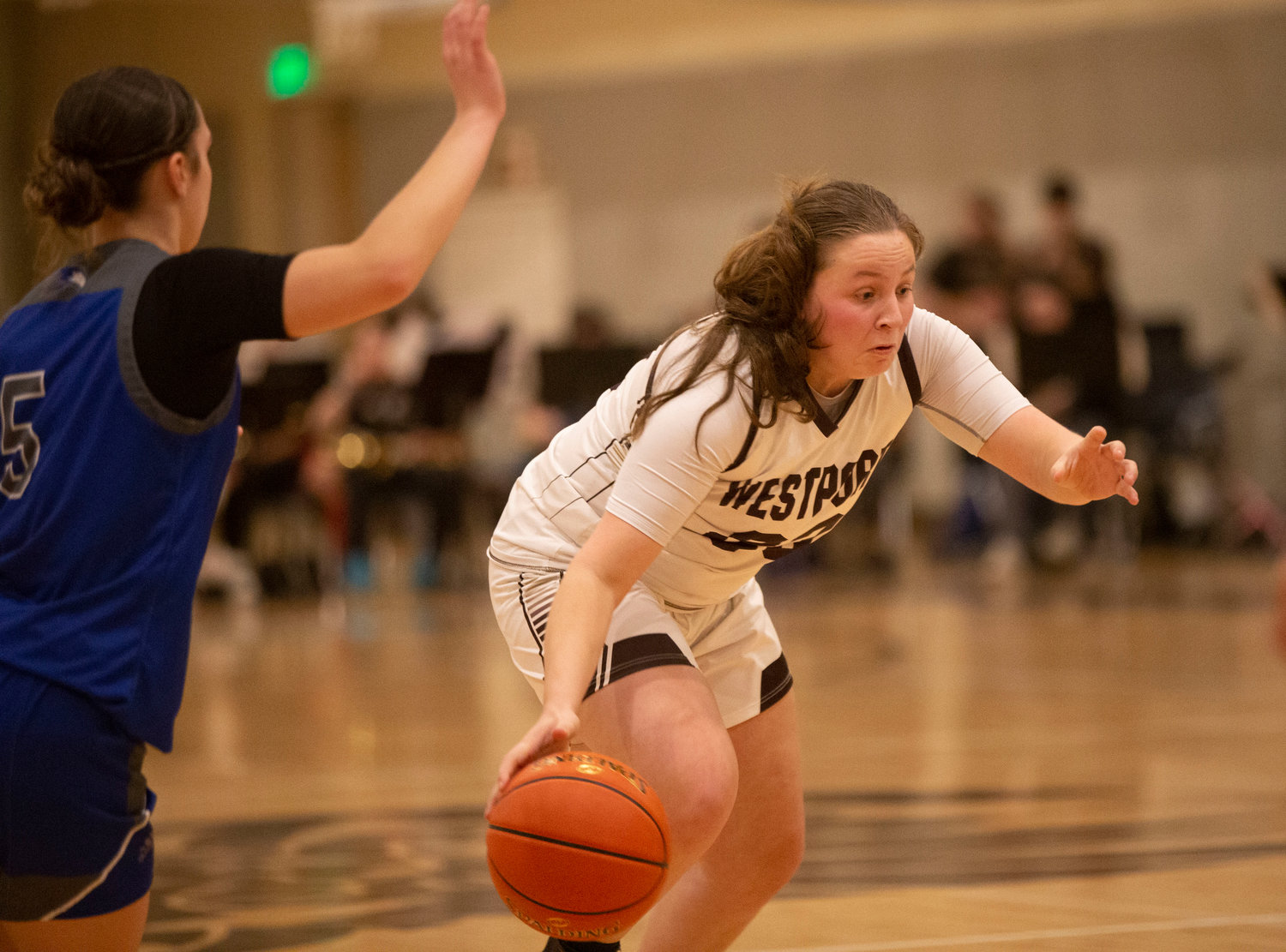 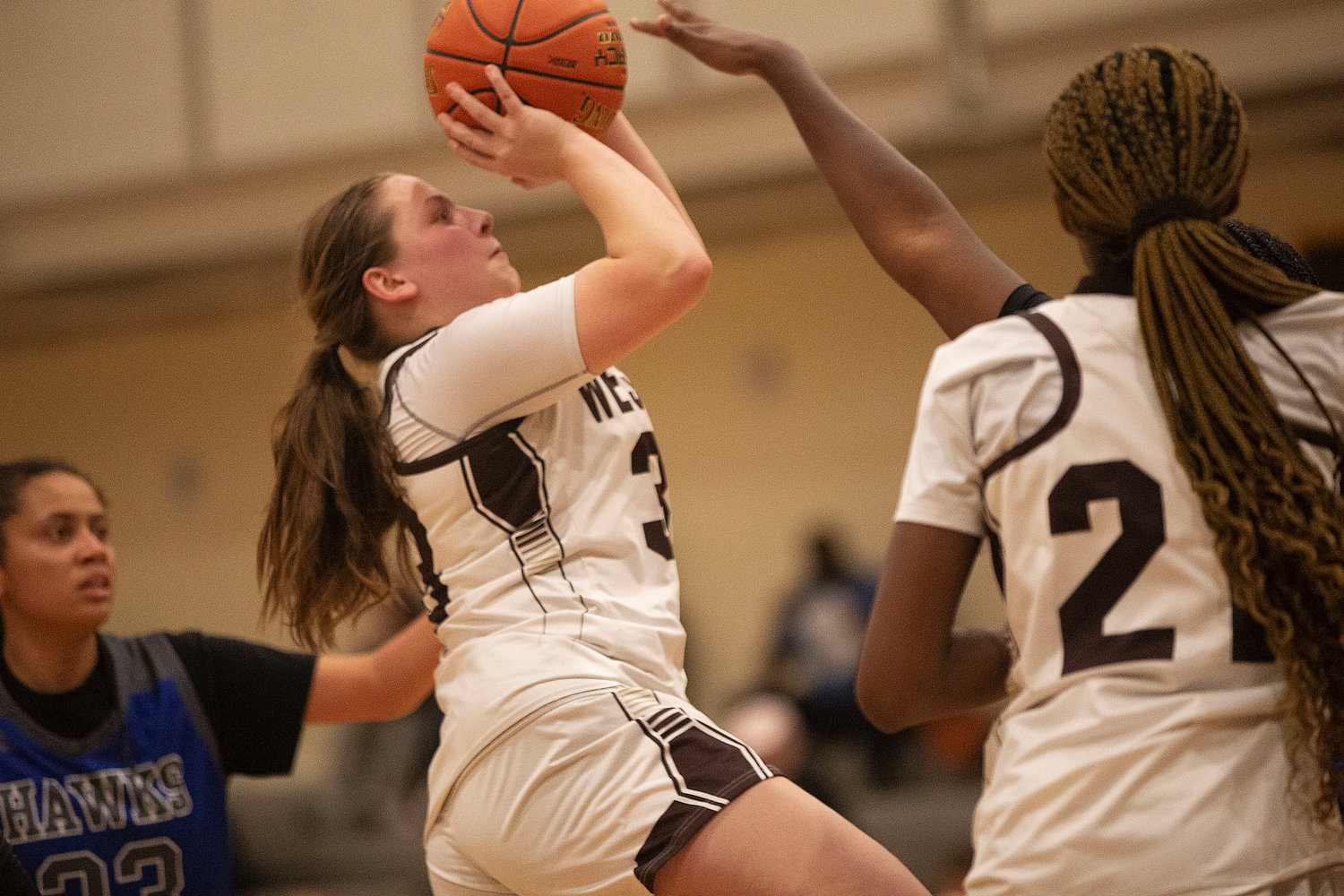 Sarah Perry pops up for a jumper after bringing down a rebound.
Photos by Richard W. Dionne, Jr. 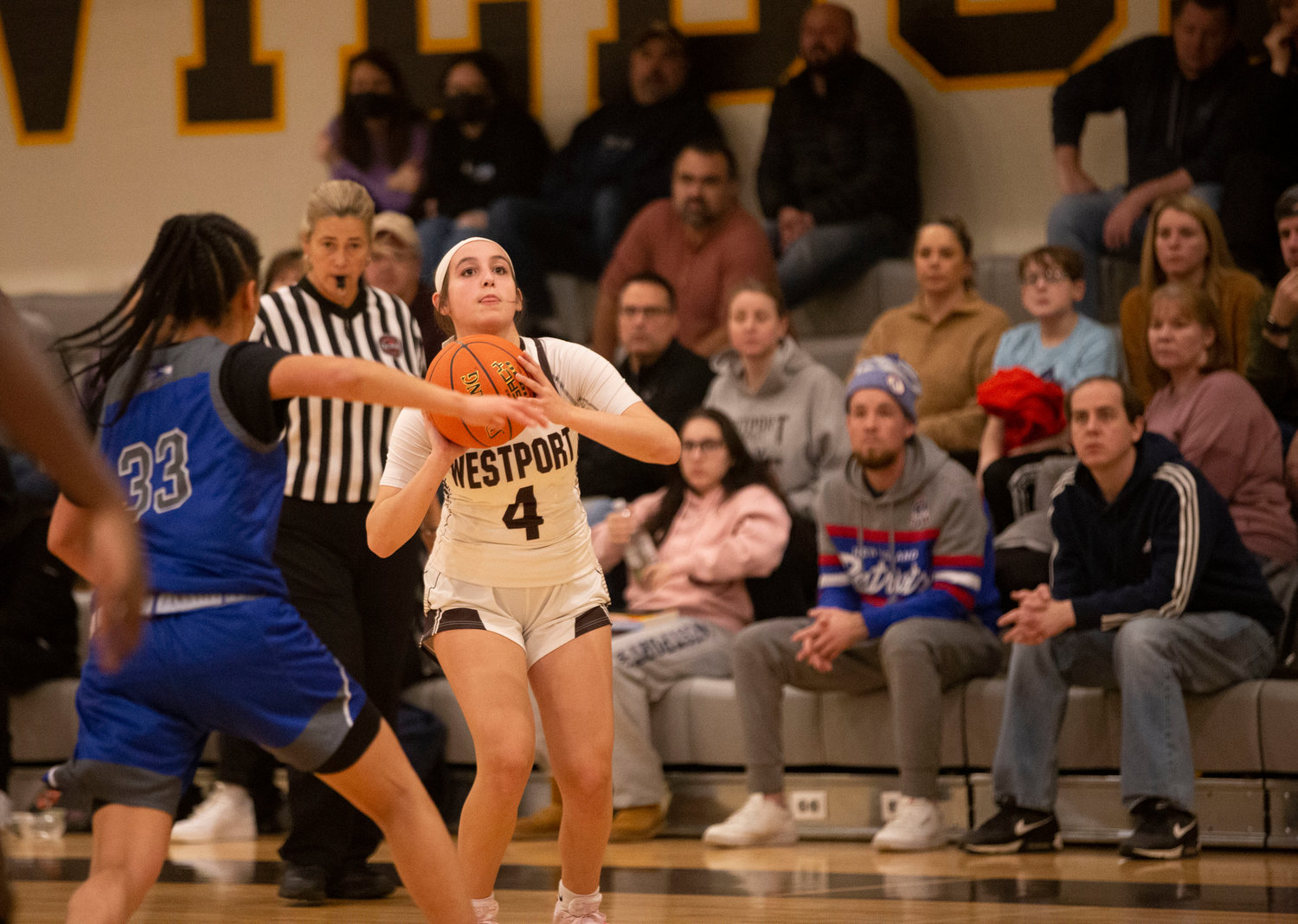 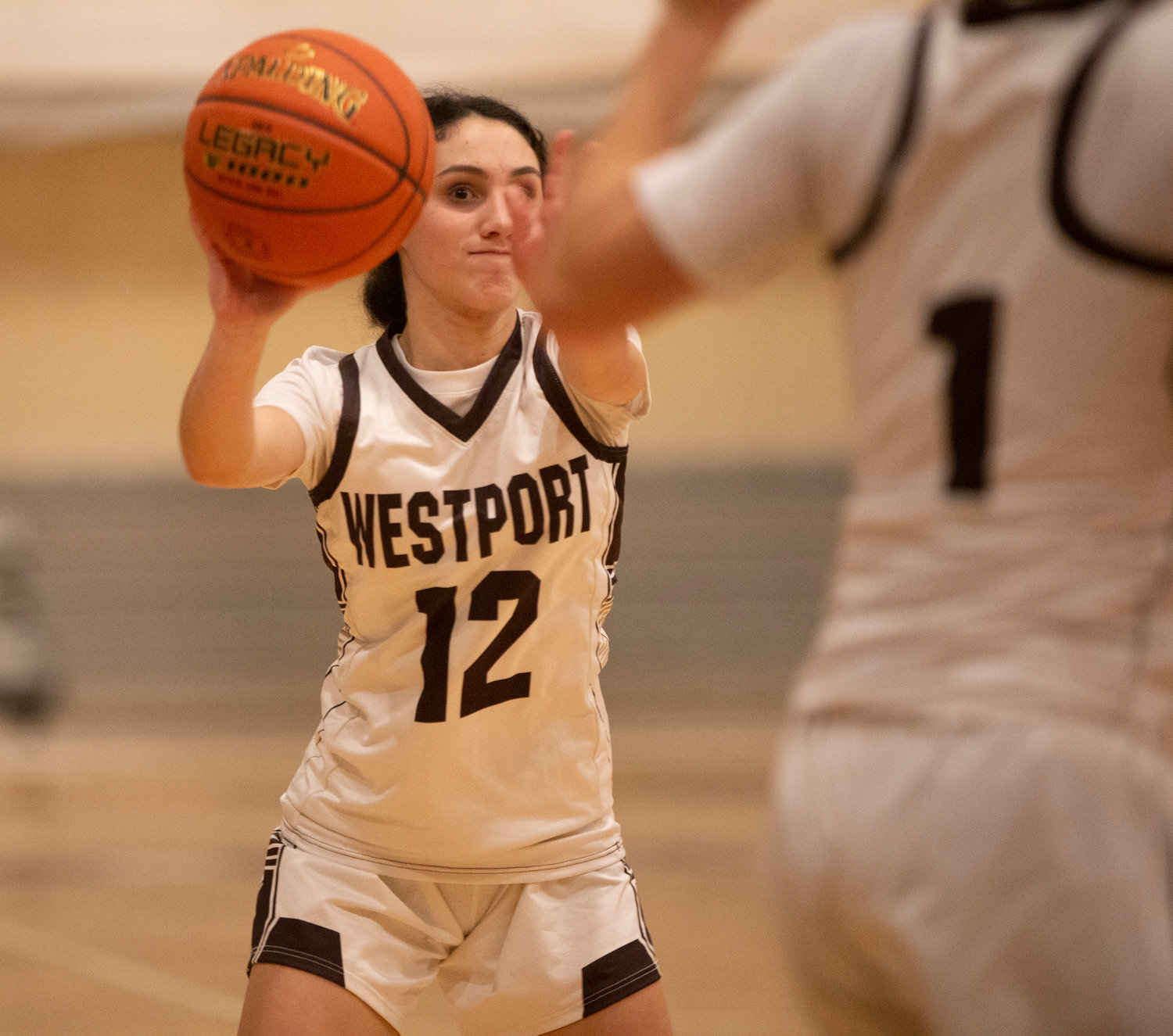 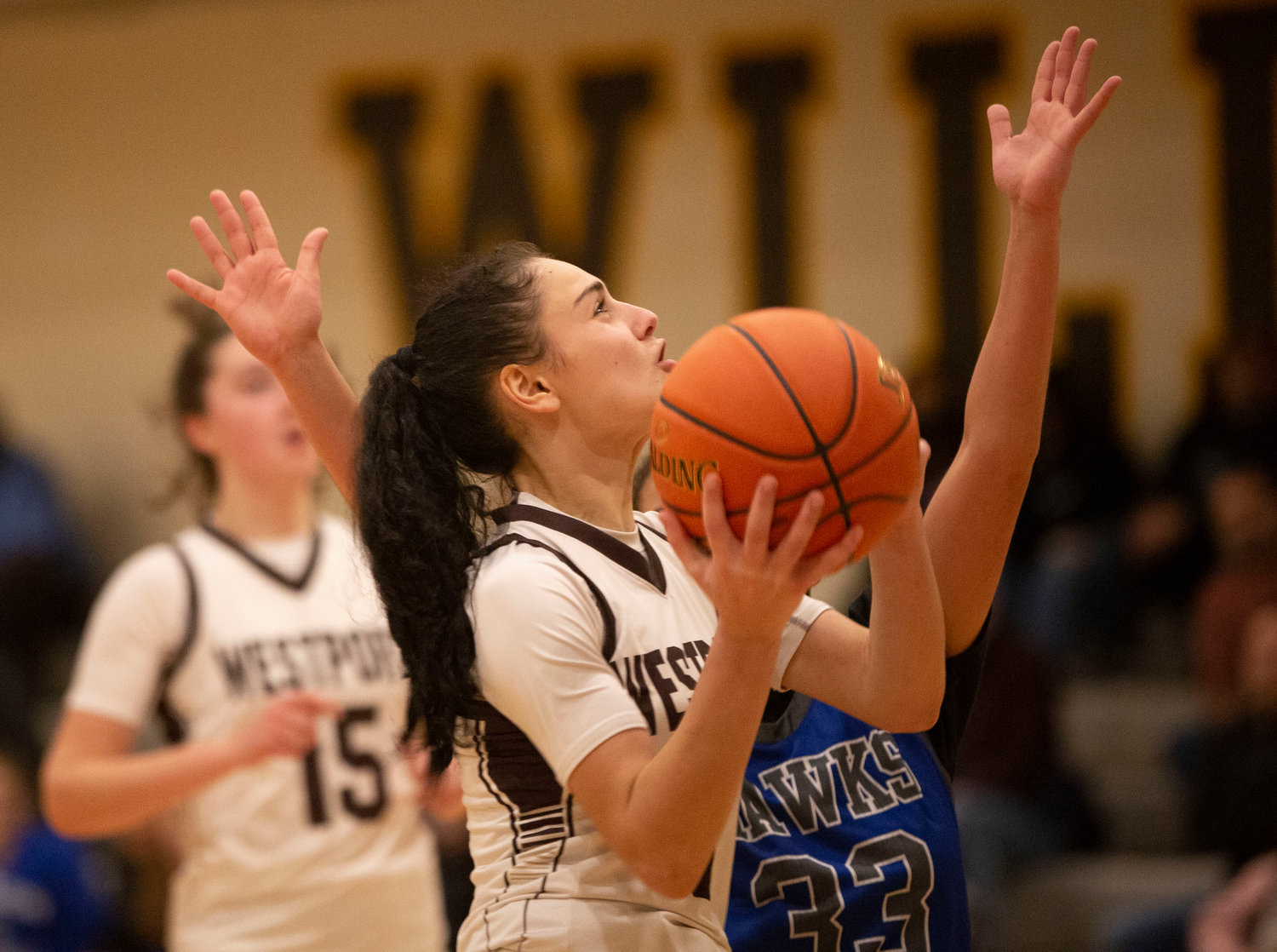 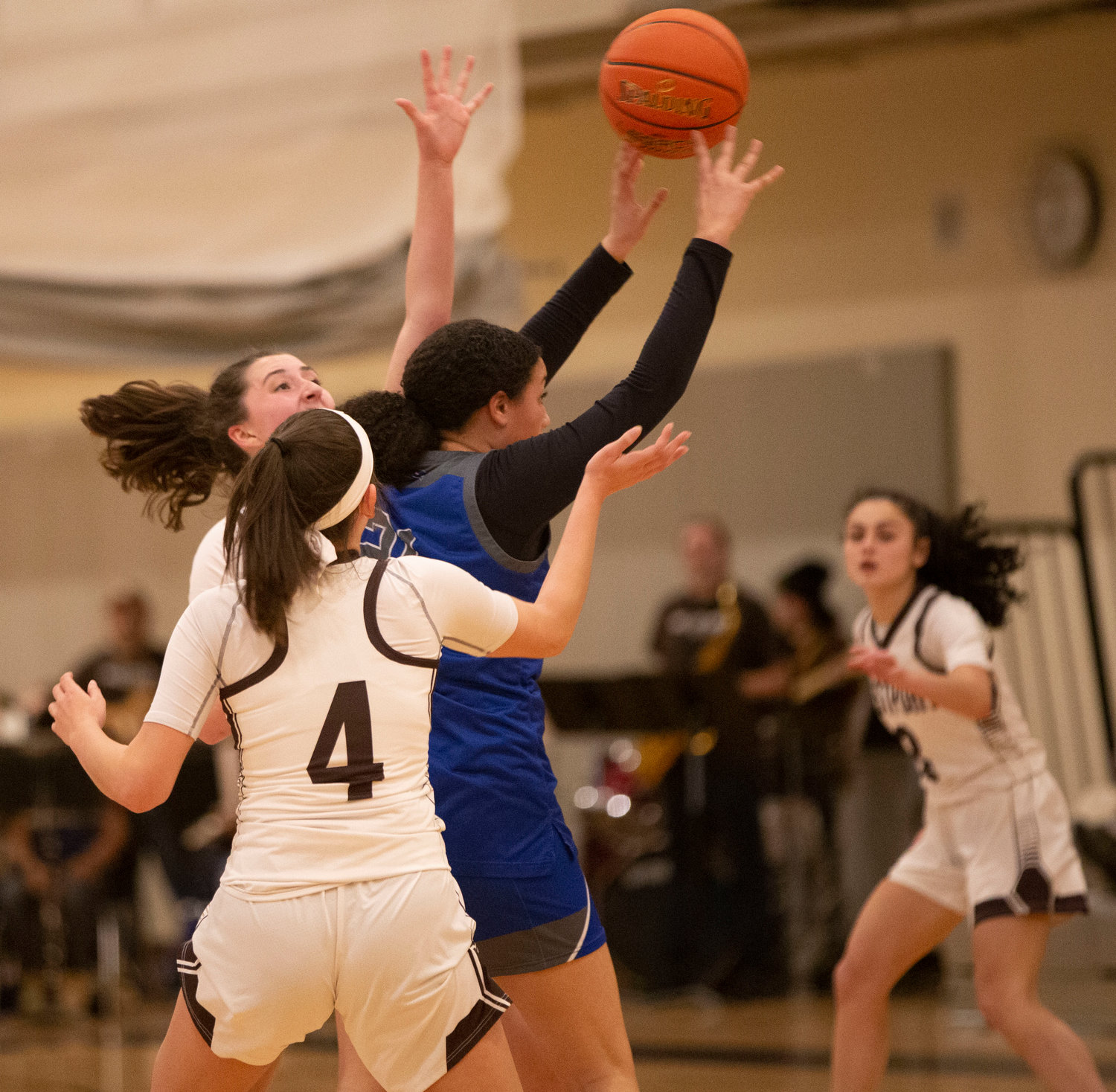 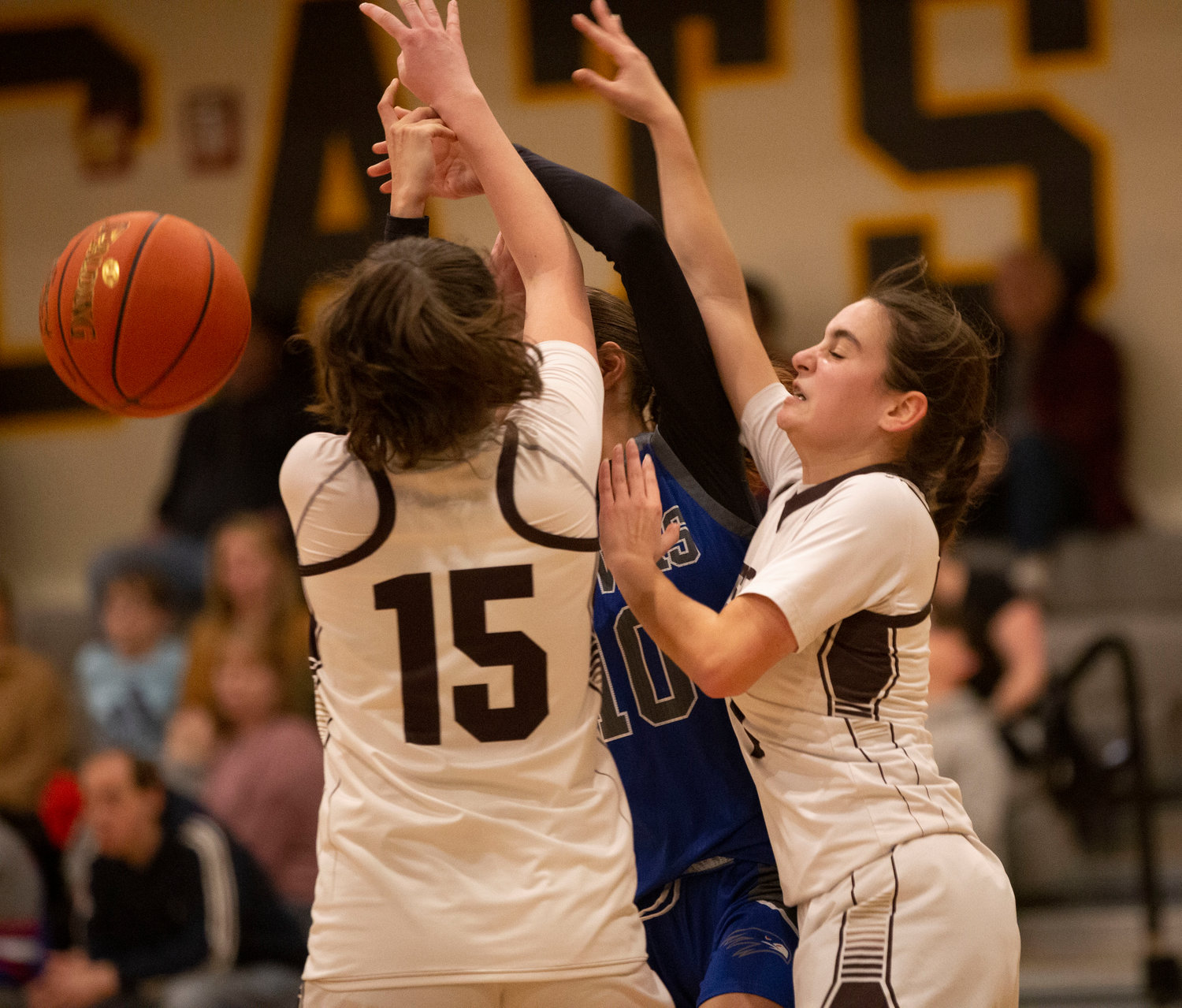 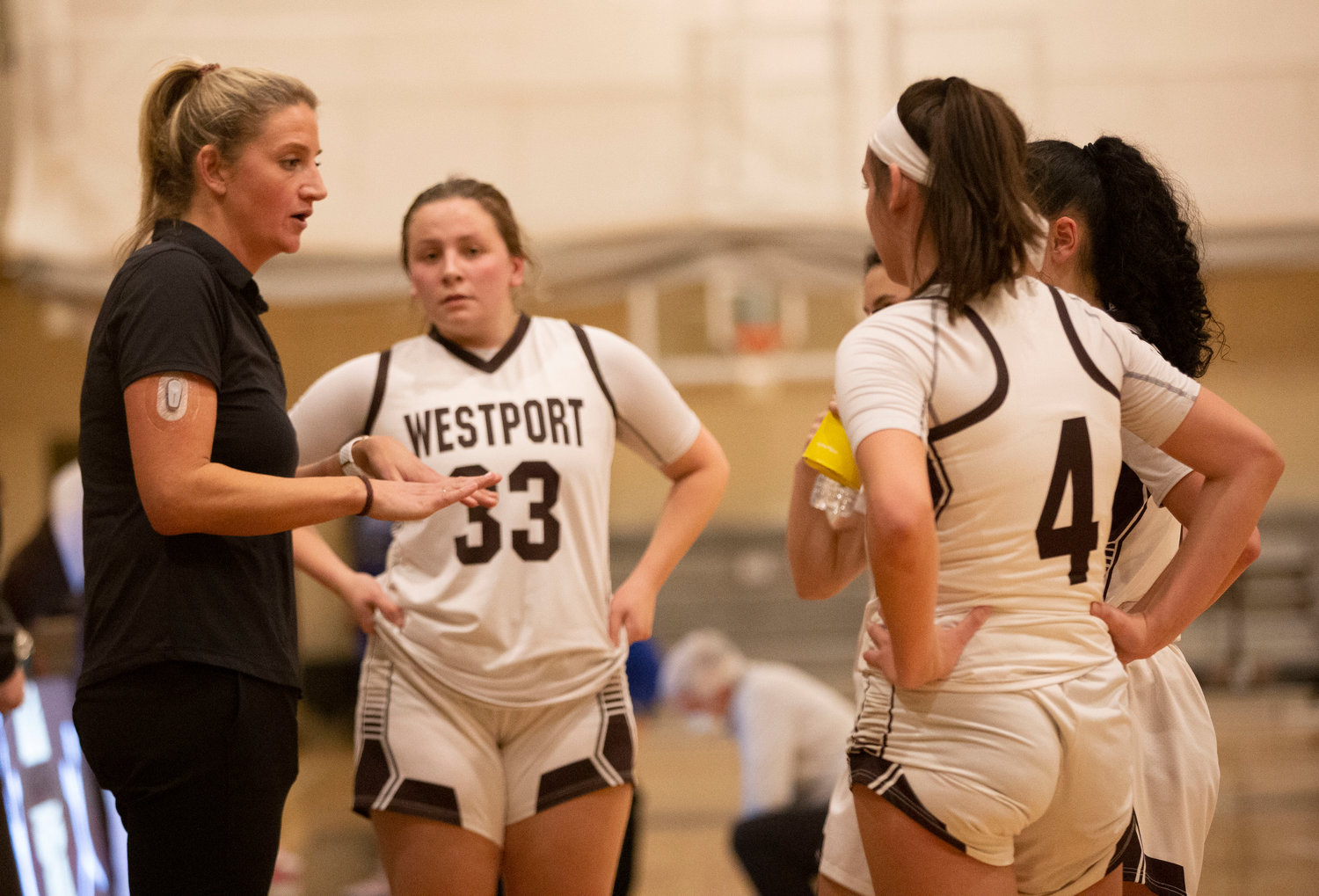 Head coach Jen Gargiulo speaks to the Wildcats during a time out.
Photos by Richard W. Dionne, Jr. 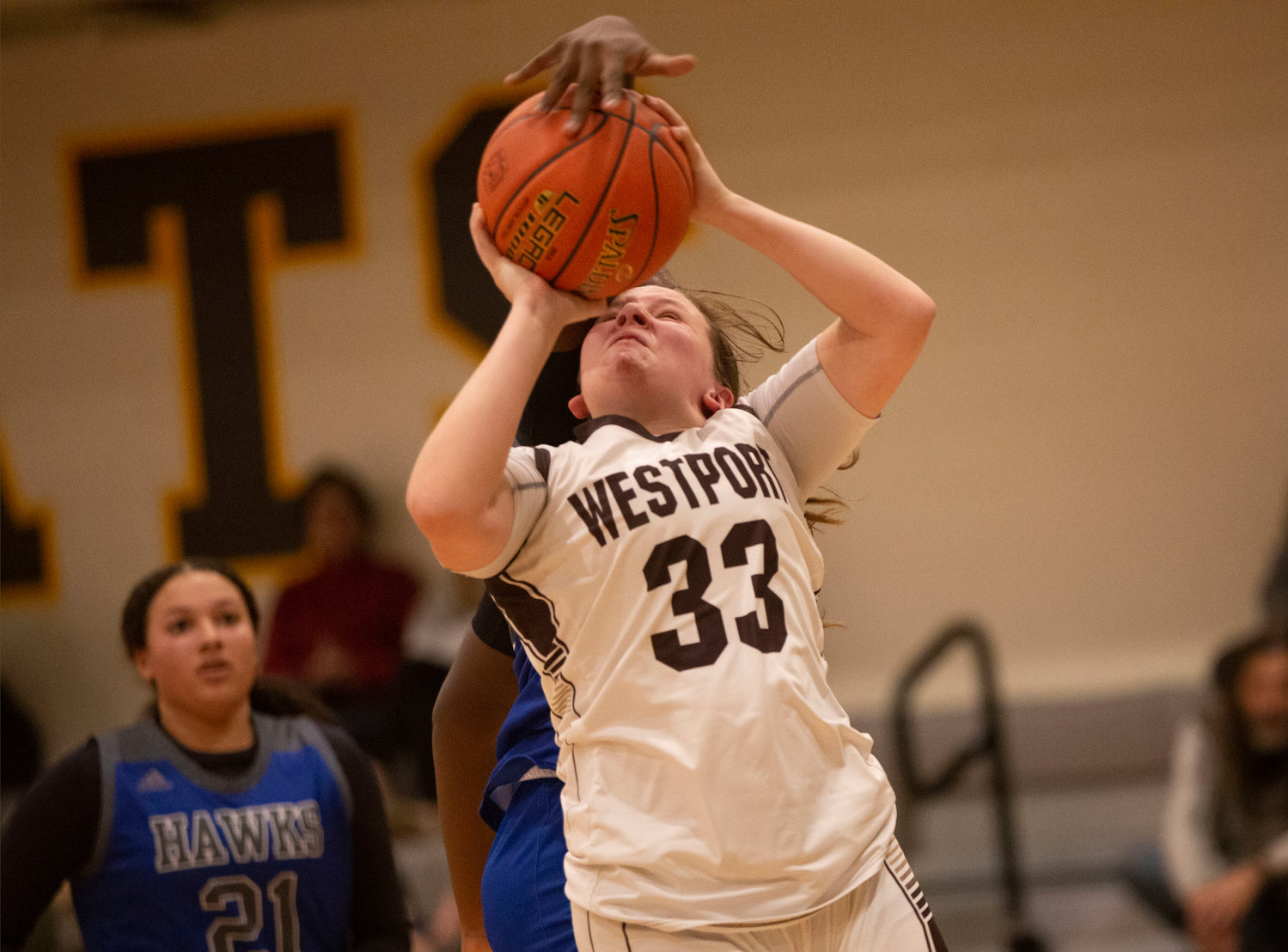 Sarah Perry gets caught from behind while attempting a jumper.
Photos by Richard W. Dionne, Jr. 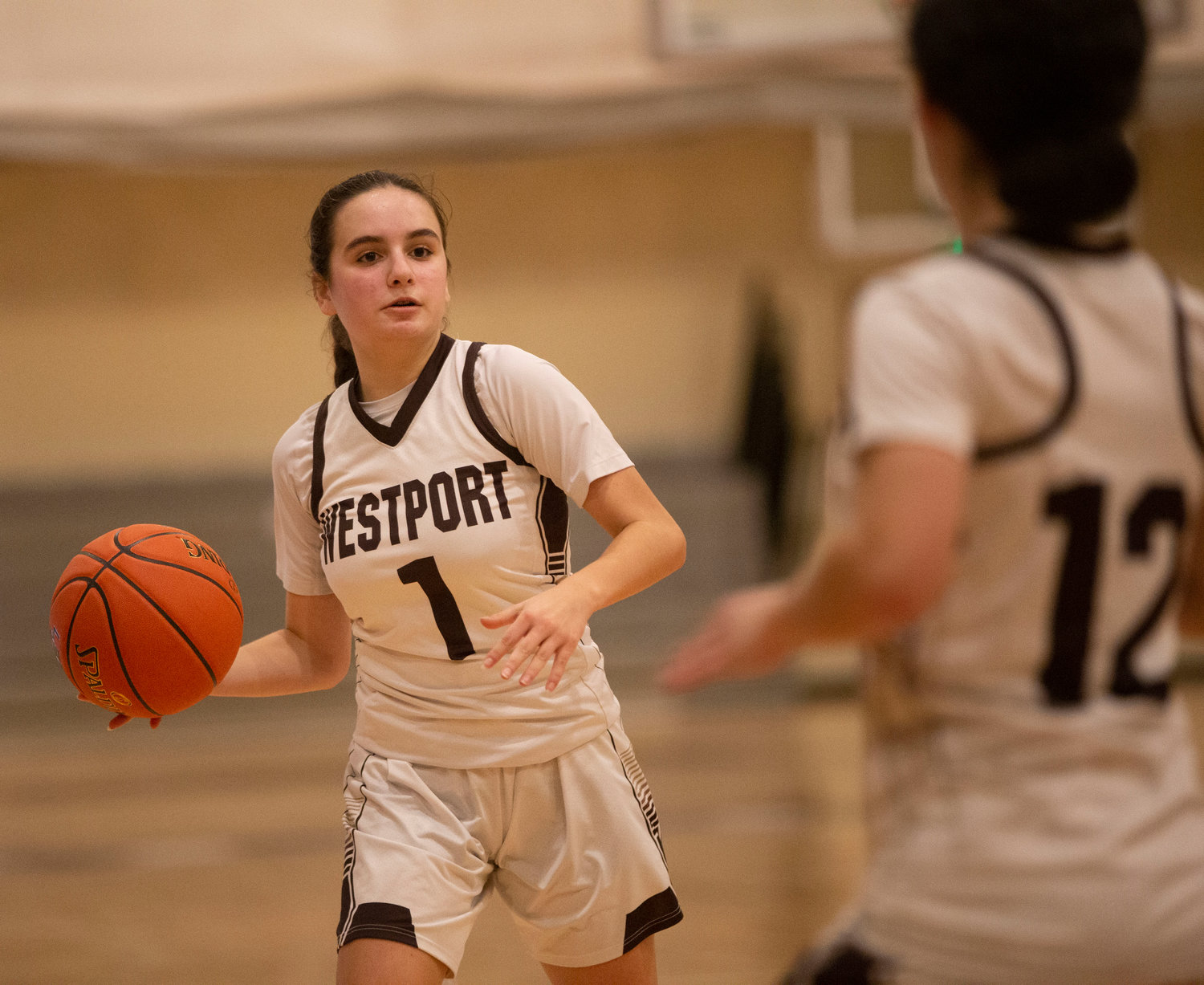 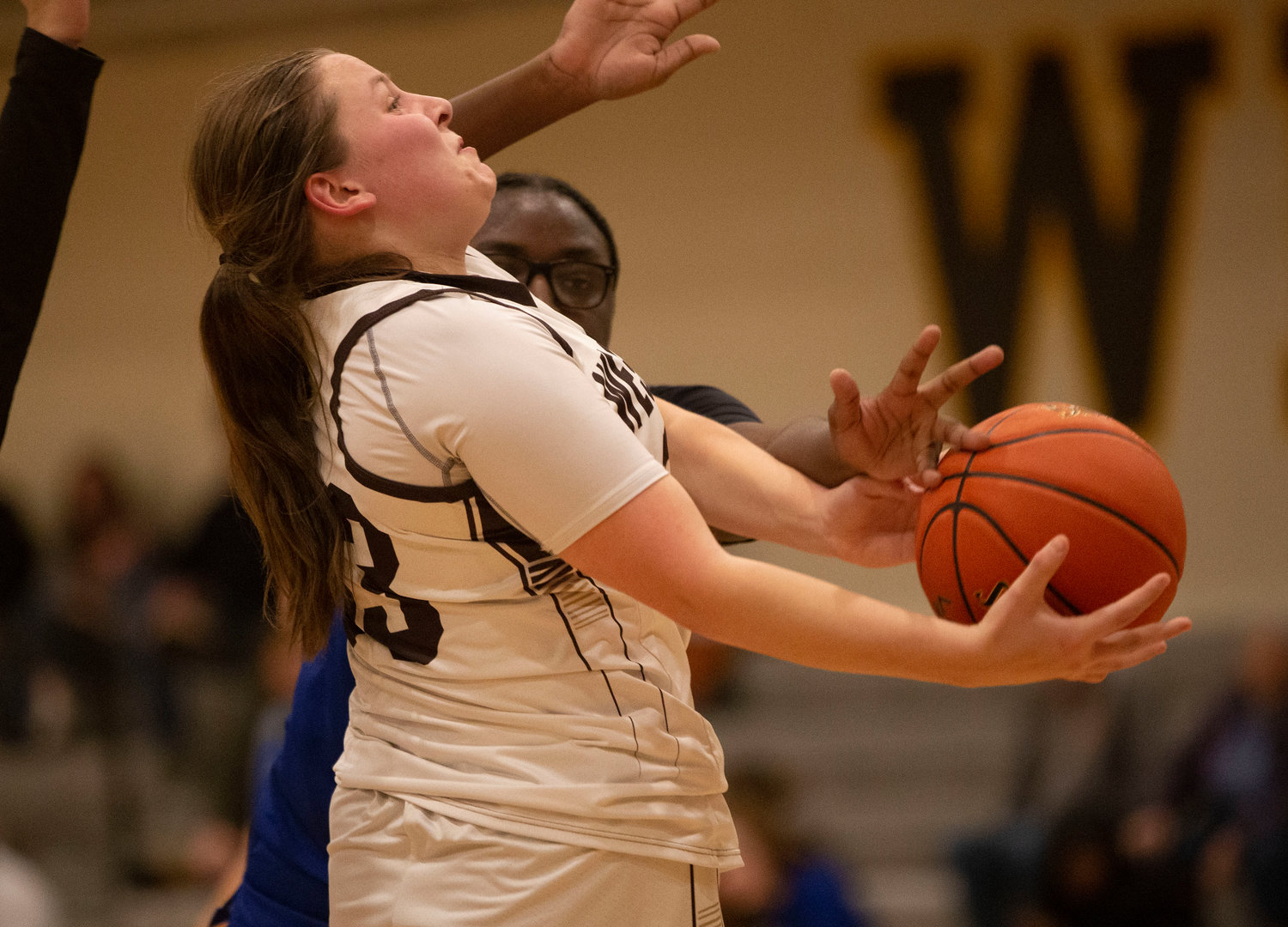 Sarah Perry drives in for a layup in the fourth quarter.
Photos by Richard W. Dionne, Jr. 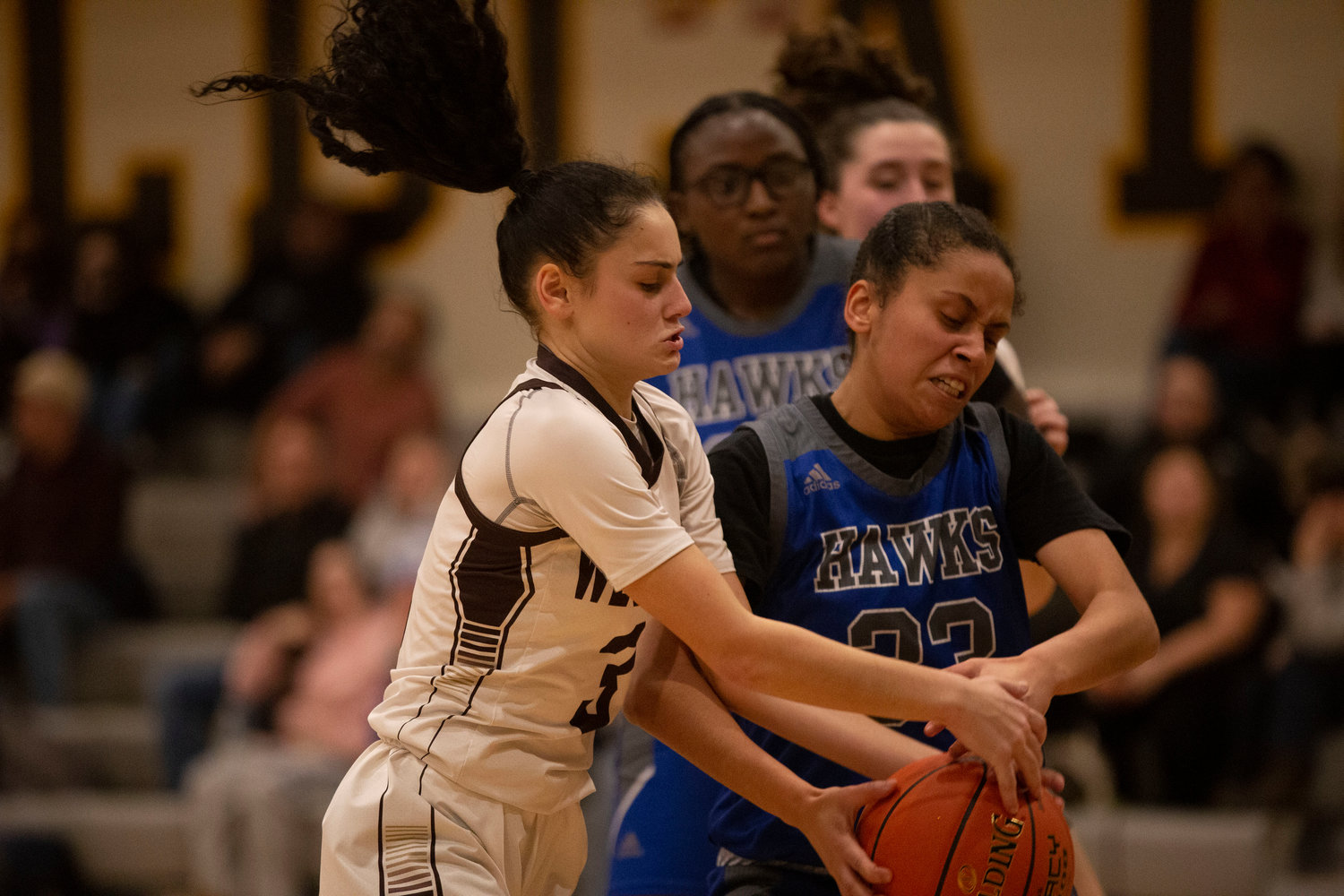 Jenna Egbe grabs a rebound away from a Southeastern player with one hand.
Photos by Richard W. Dionne, Jr. 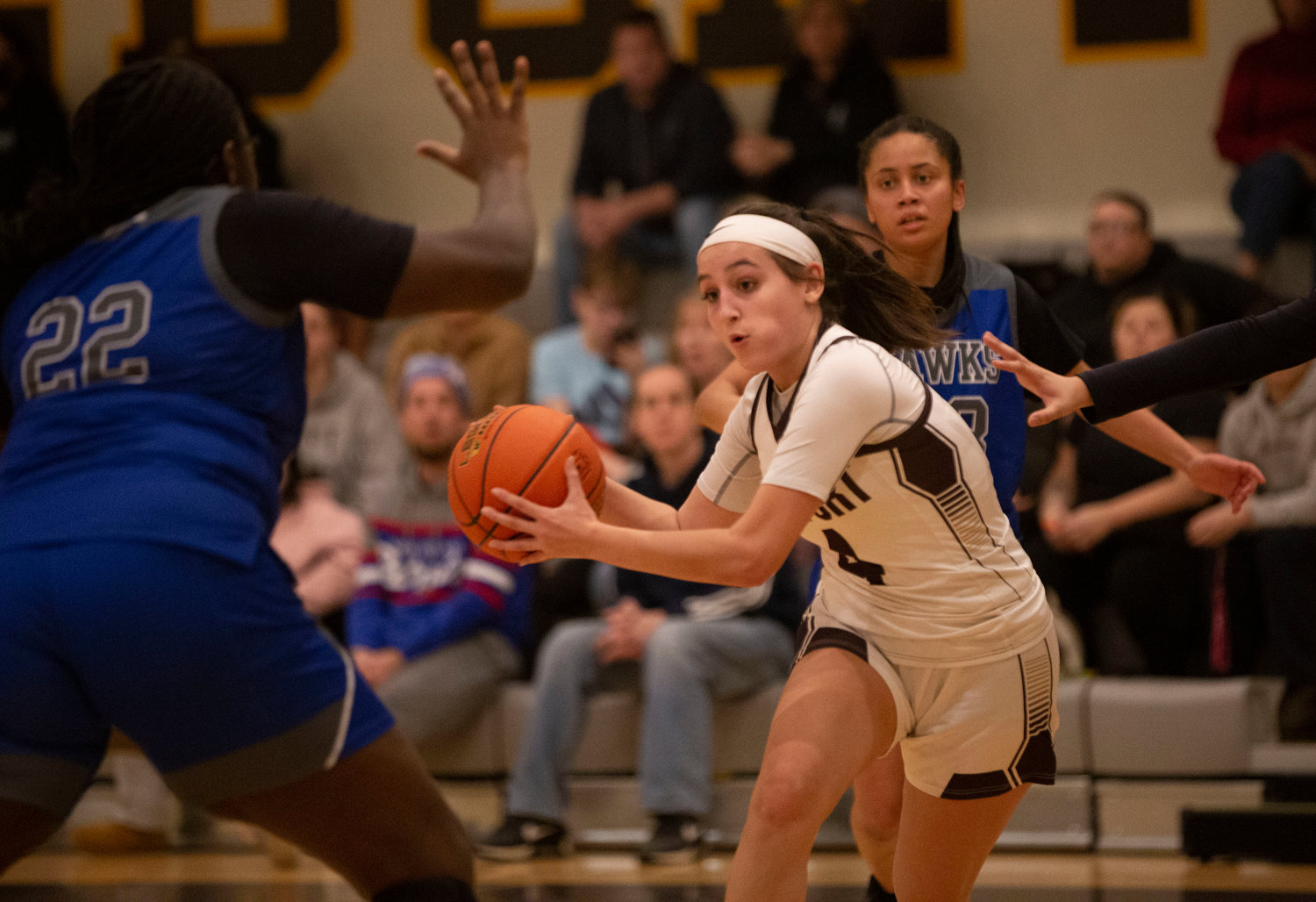 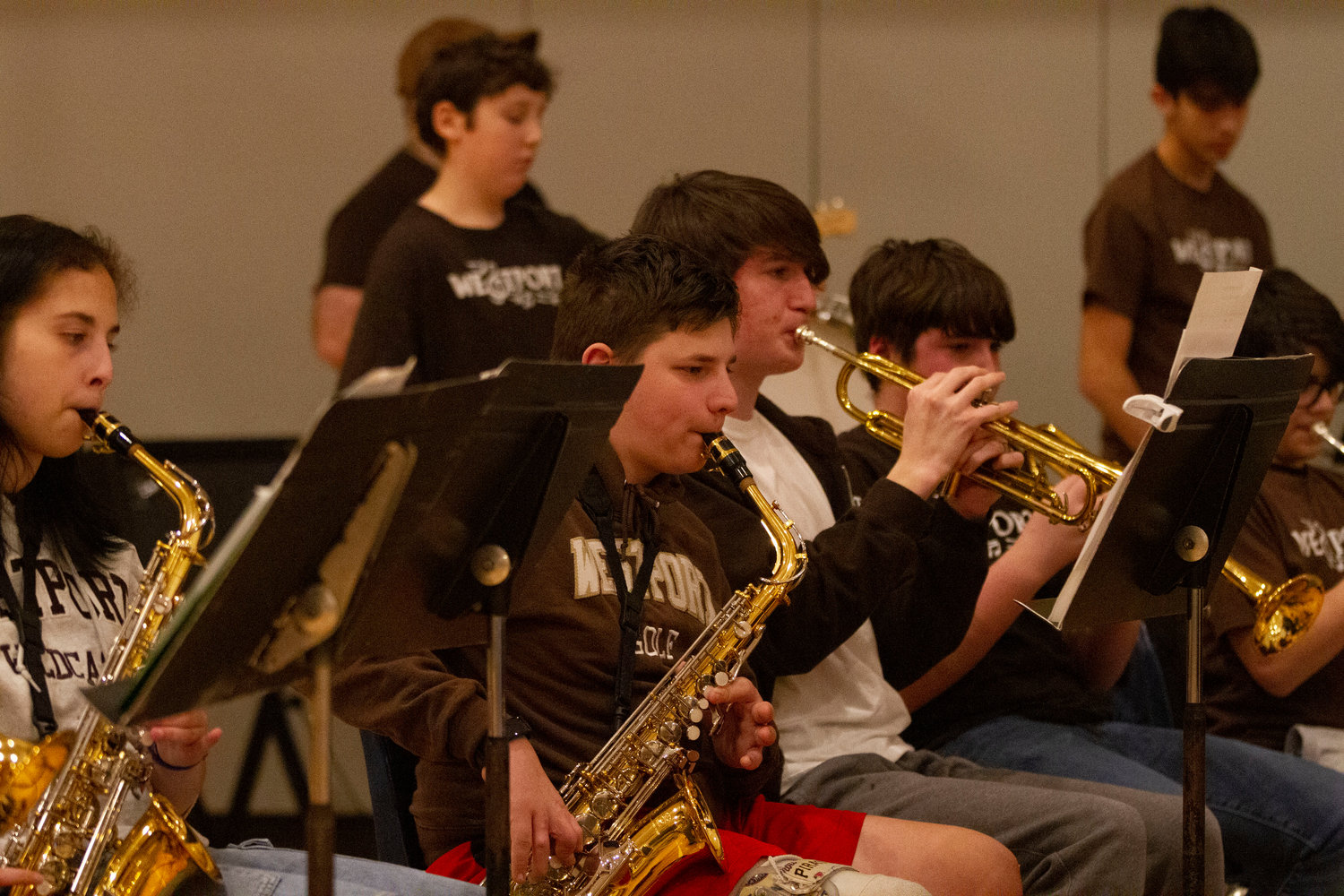 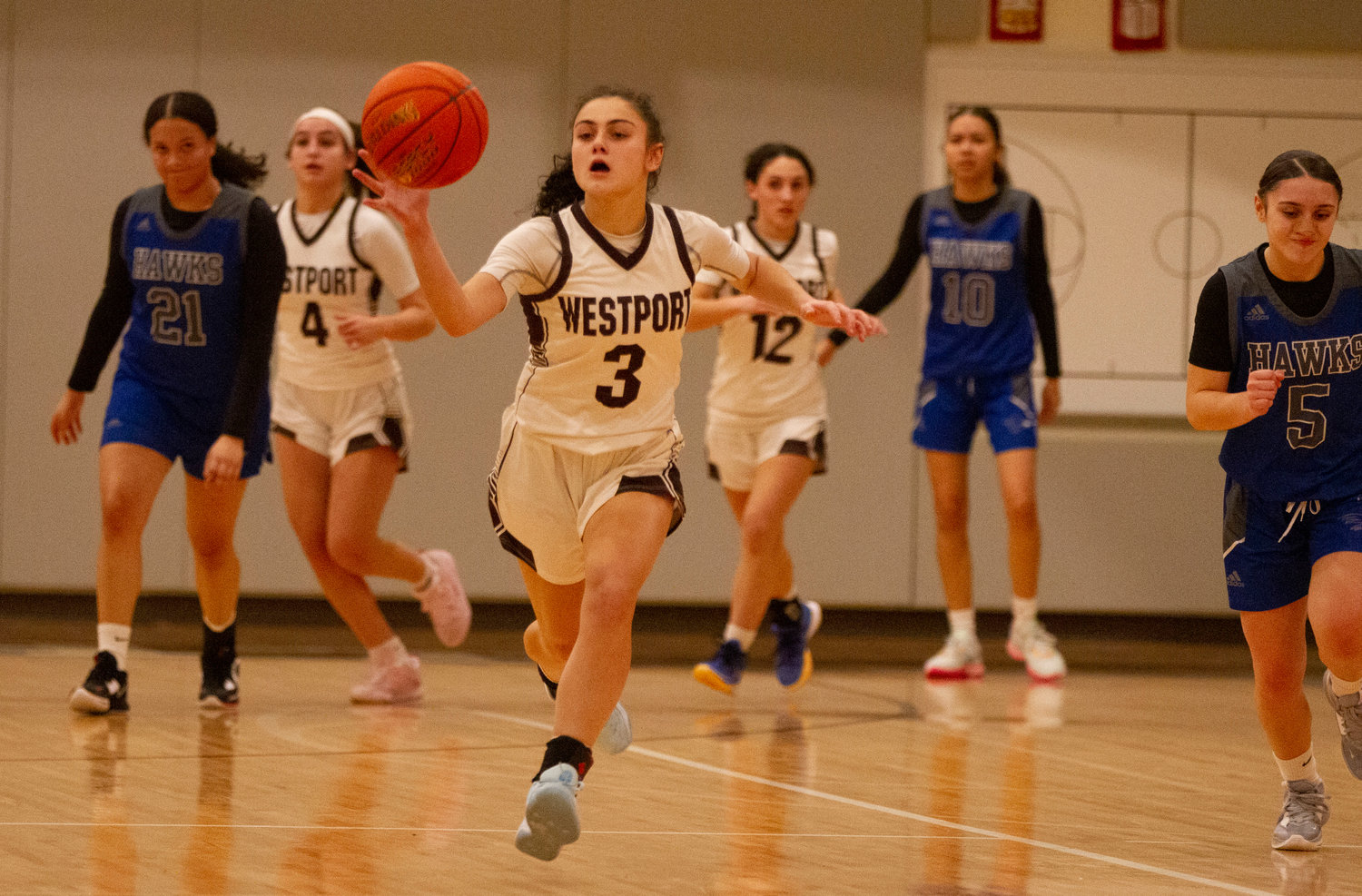 “It’s going great, we are 7-0,” said senior co-captain Leah Sylvain of her senior season as the undefeated Westport girls basketball team laid a 39-16 beating on Southeastern RVT on Tuesday night. Five Wildcats scored in the first quarter as the Wildcats ran out to a 14-2 lead. Sylvain led the team with 13 points, Korynne Holden scored 10, Sarah Perry netted 6, Jenna Egbe scored 4 and Julia George and Meghan Molloy each scored 3.

Westport led 23-7 at halftime and it wasn’t even that close. Coach Gargiulo had to keep the Wildcats engaged in second half as they scored just 4 points in the third quarter. After a talking to between quarters, the Wildcats put up 12 points in the fourth quarter to close out the game.

“It’s been so much fun,” Sylvain said of the season. “I love my team this year.”

“We’ve had some success with non-league play,” said head coach Jen Gargiulo. “We’ve grown both individually and as a team. We have a group of girls that encourage each other and stand behind each other and I think that’s why we are having success.”

Plus Westport has an abundance of potential. The real question is, how far can they go?

The Wildcats have all of the pieces. They have talented and scrappy guards in Sylvain, Holden and George, who can shoot from the outside and in Sylvain and Holden, can drive to the basket. They have fierce forwards in Molloy and Perry who can rebound and score inside. And they just got back Egbe, a sophomore center, that can rebound, start the fast break and help run the offense. They also have a good bench with Tess Sylvia, Shelby Orr, Gigi Mendes and Molly Costa. Co-Co-captains Syvain, Perry and Holden provide strong leadership, play hard every game and help out in practice. They also have terrific coaches in Jen Gargiulo and Nikita Soares, who know the game well, do their homework and have the team playing well.

Egbe could be an x-factor.

The Wildcats went undefeated to this point, without her, but Egbe has a gift that the basketball gods love, a combination of skill and height. She is over 6 feet tall, has length and is very athletic. If she can get caught-up to speed and develop as in inside threat, it could really help their chances of making a deep playoff run.

“Jenna has a confidence on the court,” said Perry. “She works hard and gets a bunch of rebounds. We all have real good chemistry. It’s showing on the court in our success. Every practice we work hard and everyone gives 100 percent.”

“One thing I love about this team is that they are never satisfied,” said Coach Gargiulo, “They want to continue to grow and push each other. They look to the next game and what we can do better.”

Westport enters league play and will face their toughest test of the year as they travel to West Bridgewater on Friday at 5 p.m. Next week they play three games, a non-league game at Wareham on Monday at 6 p.m., then host Holbrook at 6 p.m. on Wednesday and travel to Avon at 3:30 p.m. on Friday.

“We need to stay consistent,” agreed Holden. “We are a really good team when we work together.”

“They have a very good group of players,” said Coach Gargiulo, “They are well coached and are always our Achilles heel.”

The team sits in a circle to stretch before practice every day. “We sit in our circle and we have our question of the day,” said Sylvain, “So we can bond and get to know each other.” Questions like, “A favorite sauce to use for chicken nuggets?”