Julia Fortin makes the team as a walk-on, earns scholarship

When Julia Fortin was at Barrington High School, her primary sports were volleyball and basketball.

Julia Fortin makes the team as a walk-on, earns scholarship 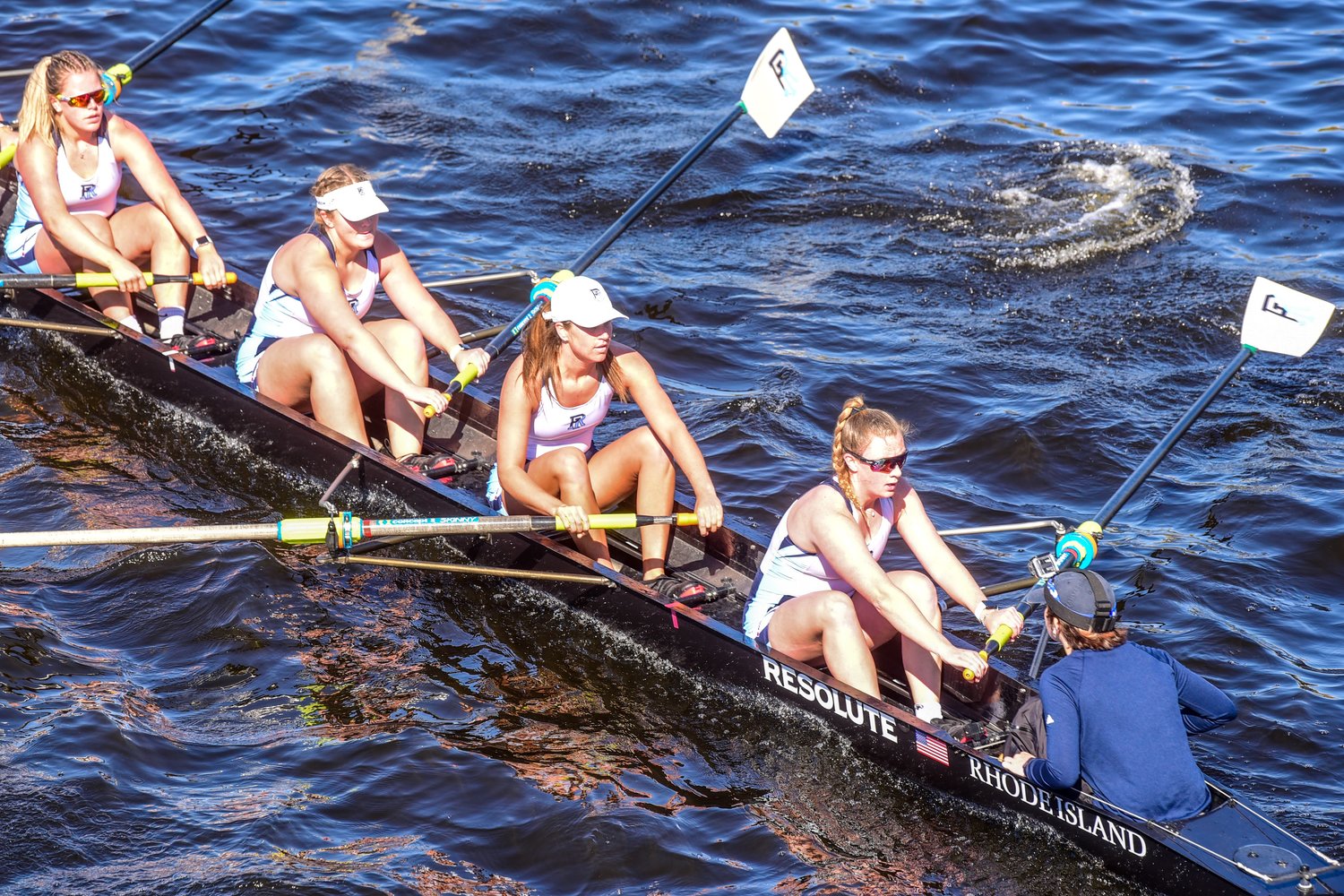 Barrington’s Julia Fortin (fourth rower from the left) is shown competing for the URI Women’s Crew team. Initially she made the URI team as a walk-on.
Michael Scott 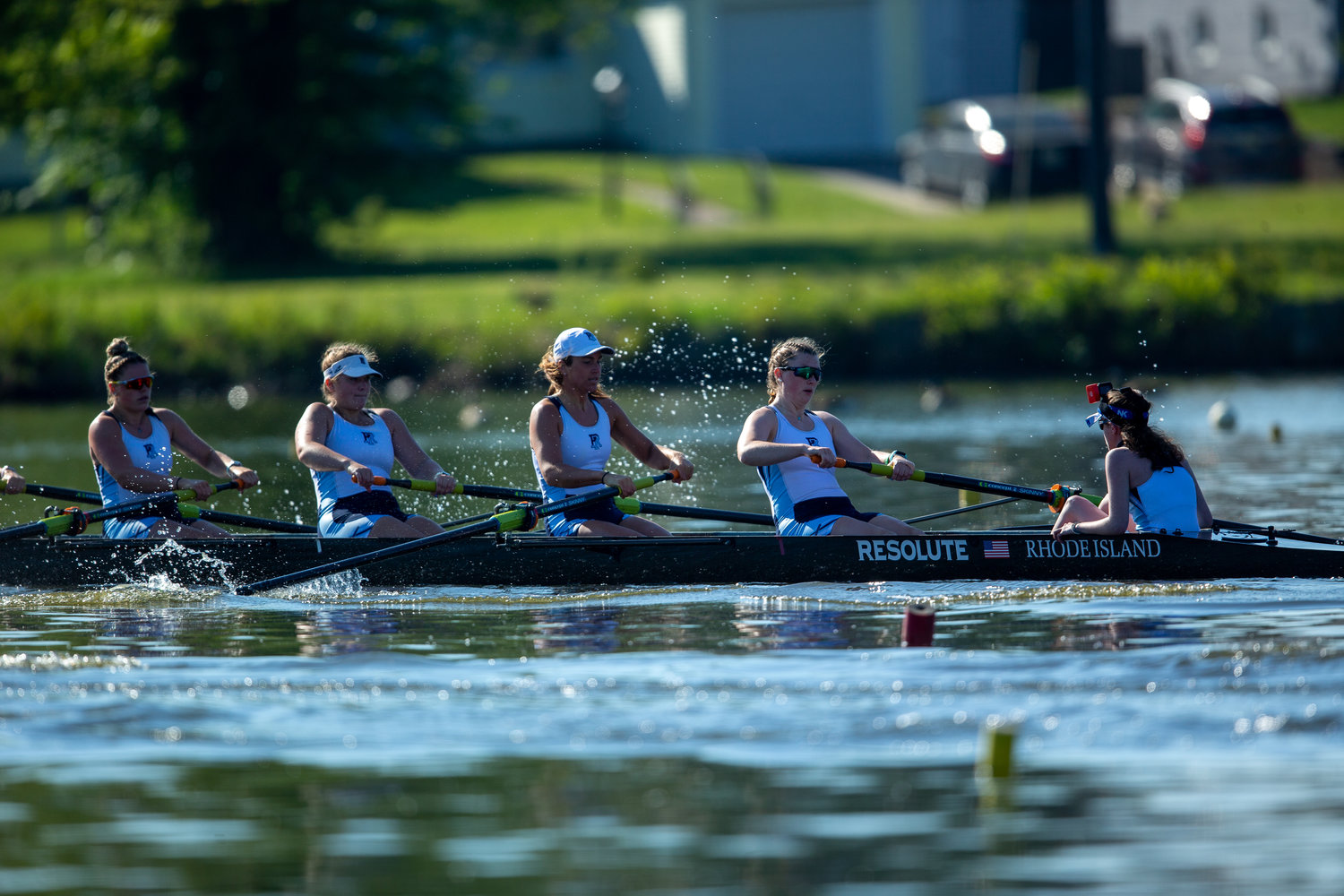 Barrington’s Julia Fortin (fourth rower from the left) is shown competing for the URI Women’s Crew team. Initially she made the URI team as a walk-on.
Sarah Boekholder 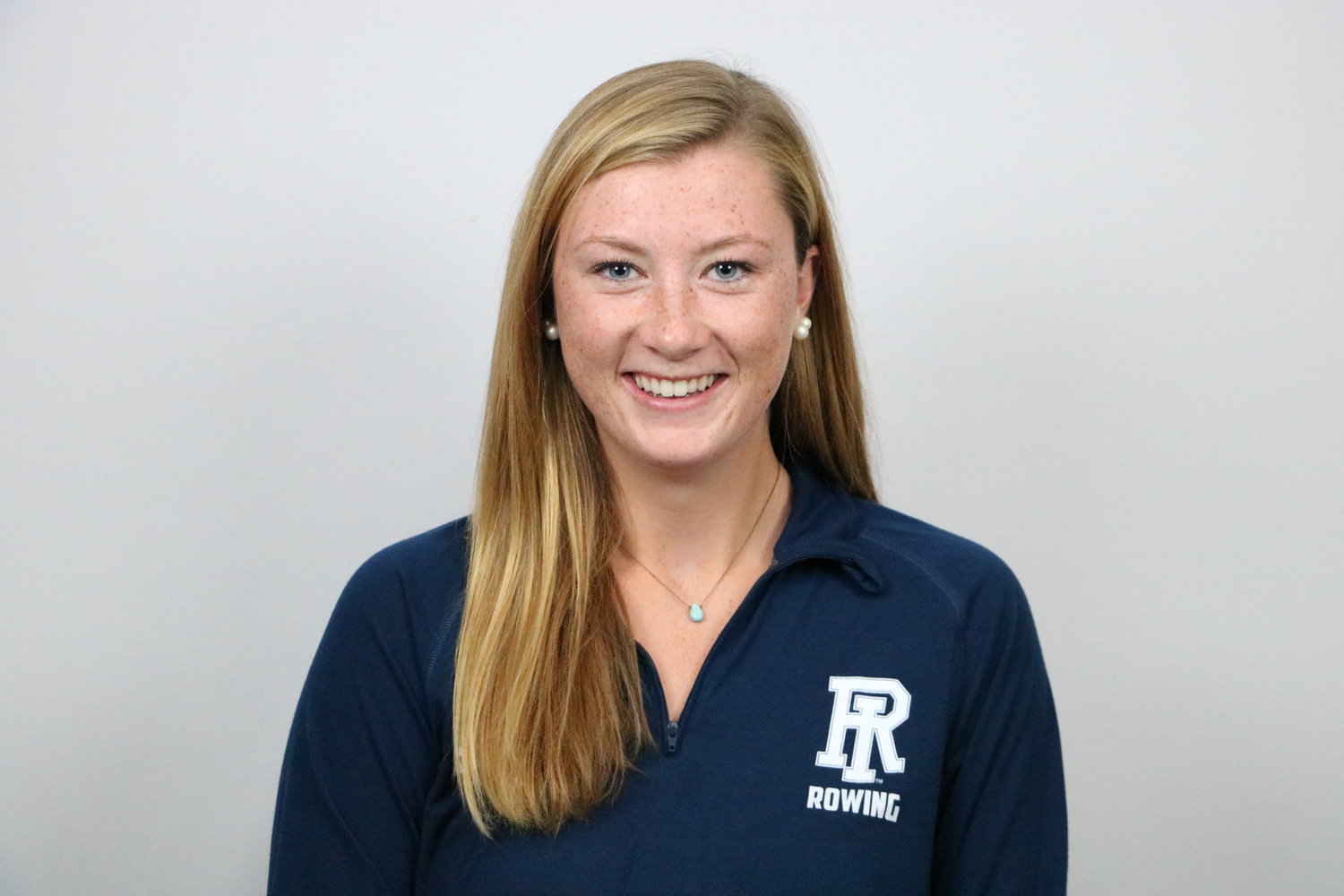 As a freshman, Julia Fortin rowed in the bow seat on URI’s Varsity 4 boat that placed 19th in its flight at the NCAA championships.
Previous Next
Posted Wednesday, June 29, 2022 6:10 pm
BY MIKE SCANDURA

When Julia Fortin was at Barrington High School, her primary sports were volleyball and basketball.

In fact she was a member of the Eagles volleyball team that captured the 2016 state championship.

Fast forward six years and Fortin, a senior at the University of Rhode Island, occupied a key seat on the women’s crew team that recently captured its fourth consecutive Atlantic 10 Conference women’s championship and clinched a bid to the NCAA’s for the sixth time in program history.

“I initially wanted to row somewhere in college because I wanted to be part of a team,” said Fortin, who was previously a member of East Bay Rowing.

“Rowing is a sport that you can walk onto. I wanted to be part of a team so when I came to URI, I walked onto the team.”

The fact that she rowed for the East Bay Rowing Club factored into coach Shelagh Donohue’s interest in recruiting her.

“I talked with her coaches (Deb and Patrick Sullivan) who run the East Bay Rowing Club,” Donohoe said. “It’s always important to me to get Rhode Island rowers in our program. She was coming to Rhode Island and was interested in coming out for the program.

“She started out her freshman year and every year she moved up. She had a great work ethic and was persistent. If somebody works as hard as Julia, she’s going to climb. In rowing, that usually leads to a successful rower.”

How successful has Fortin been?

“The Varsity 8 boat gets the most points,” Donohoe said. “I think with the people in the boat, I look at their body of work throughout the whole year.

“That body of work tells me if they’re capable of rowing in that boat. That was the case with Julia.”

(The coxswain in that A-10 Championship boat was freshman and Barrington native Ellie McGee.)

The fact Fortin occupied the second seat was a key to URI’s success.

“This year she was in the second seat which is behind the person who sets the tone and rhythm,” Donohoe said. “The second seat is important because it backs up the stroke.”

Because Fortin is capable of rowing in any seat, it makes her even more valuable to the program, the coach said.

“As a freshman, she rowed in the bow seat for the Varsity 4 boat,” Donohoe said. “If you make any seat it’s a good thing. Sitting in the bow seat or the second seat is because she’s technically sound. She’s very versatile and can sit in any seat which gives her more options.

“I think being a freshman and rowing in the NCAA’s is a major accomplishment. Julia is one of the kids who made it her freshman year and that was an achievement in itself.”

Fortin’s mother, Tara Cunningham, rowed for URI when it was a club team. The love for rowing has been shared from one generation to the next.

“She definitely got me into rowing at East Bay,” Fortin said. “It always was something we could talk about. Rowing is a sport people don’t know much about.”

Donohoe could see the influence Fortin’s mother had on her daughter which was another factor why the latter was recruited.

“She came in knowing all the basics,” Donohue said. “She was taught the basics which was good because when she got here we could improve her fitness. Fitness is a big thing you need to work on.”

Given the various seats in which Fortin has rowed, might one be more difficult than another?

“I would say the stroke seat because that person is setting the rhythm and tone for the boat so everyone has to follow that person,” Fortin said. “It definitely takes a lot of rhythm to be in that seat.”

Moreover Fortin’s boat won its flight in each of URI’s three most recent visits to the A-10 Championships.

“She’s important otherwise she wouldn’t be in that boat,” Donohoe said. “With her technique and her power and the fact she’s a great teammate and captain gave the boat some good stuff.”

Regardless of which seat she rows, Fortin knows what’s the most important aspect of the sport.

“The whole sport is who can push themselves the hardest and whoever can get their bow seat ahead and win the race,” she said. “Getting yourself in shape is important.”

Fortin knows that being part of a championship program isn’t a fluke.

“We’re successful because of our team’s commitment to win,” she said. “In the off-season you have to use the erg machines and we’re on those every day in the winter to push ourselves with the mission always to be to win the Atlantic 10.