Lauren Schneider, a neighbor to the park, spoke first during the … 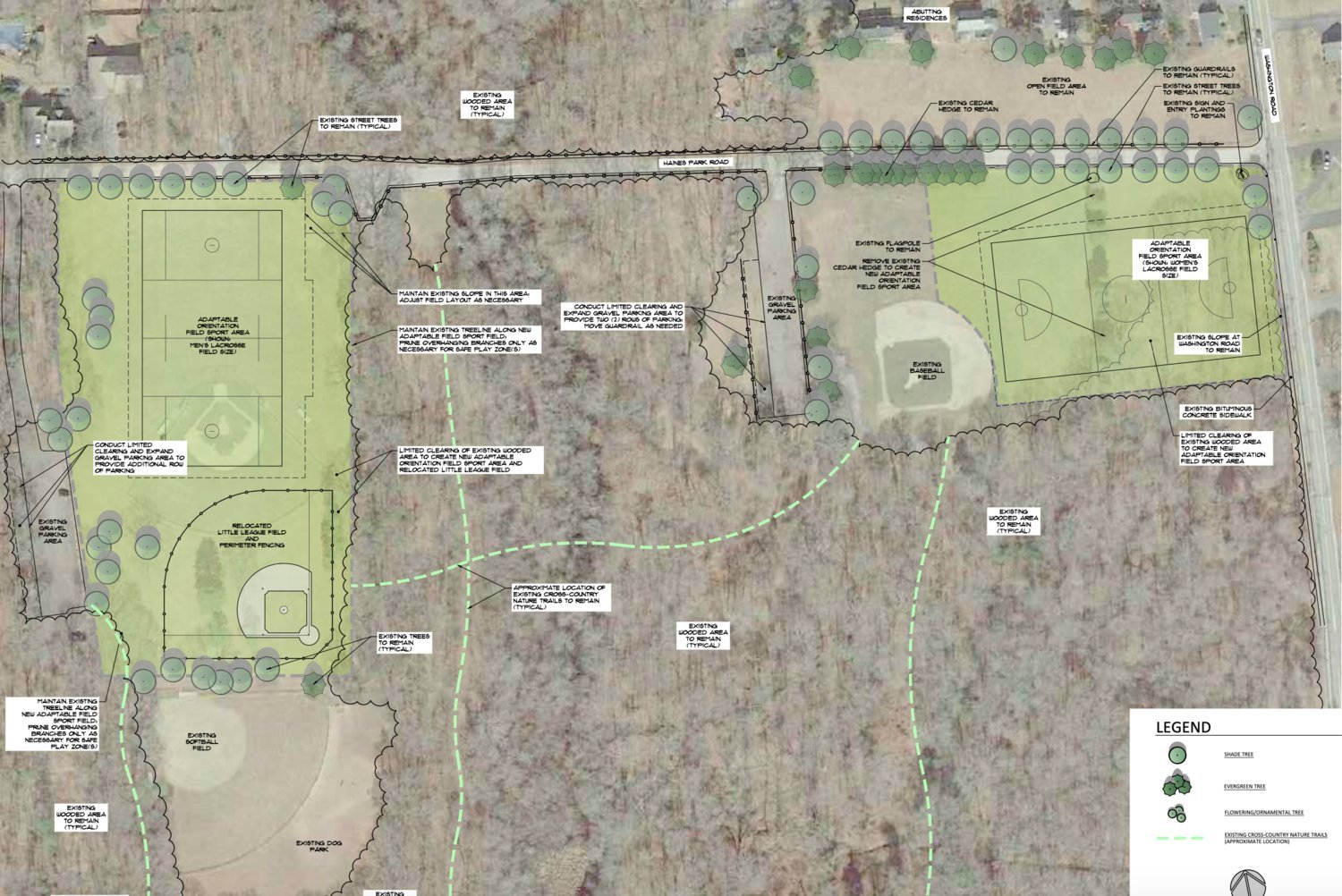 Lauren Schneider, a neighbor to the park, spoke first during the council’s public comment period. Schneider said neighbors feel strongly that there is a need for additional community engagement about the Haines Park plan.

She also mentioned the need for an environmental impact study and traffic study.

The plan, which was the focus of a June 30 workshop in town, calls for changes to the western and eastern ends of the park. Town officials have since separated the plan into Phase I (western end work) and Phase II (eastern end work).

Officials are currently focused on Phase I, which calls for the construction of a large multi-use field near the western end of the park, and shifting the Harrington Field baseball diamond closer to the softball field and dog park. Phase II calls for a second multi-use field to be constructed at the eastern end of the park, just south of the intersection of Washington Road and Haines Park Road.

Officials have said that the town needs at least one more large athletic field to accommodate the needs of local youth sports leagues.

Steve Clemens, who lives near the park, spoke during the council meeting also. He said that it was premature for the council to take any action regarding funding for the Haines Park plan; Clemens said the chairman of the town’s Park and Recreation Commission had committed to hosting another public workshop to discuss Haines Park.

The town council spent a portion of the meeting discussing how the town would allocate funding from the American Rescue Plan Act. Town officials are considering using the ARPA funds to pay for the Haines Park work — Barrington received about $4.8 million in ARPA money but has committed more than $2 million to other projects. Council members have not yet earmarked any ARPA funding for the Haines Park plans.

“We have time to commit the money and complete these projects,” he said.

The town manager was quick to add that he wants to make sure the project is done the right way, and receives the necessary input from all the stakeholders involved — neighbors and other residents, and the town’s youth sports leagues.

“It’s not just neighborhood input,” he said. “It’s the other stakeholders too. We want to make sure we get this plan right.”

During the earlier workshop, neighbors to Haines Park shared their comments and concerns about the Haines Park plan.

Some said they were concerned about the plan’s need to remove some trees at Haines. Town officials tried to quell those worries by stating that they would plant new trees to replace any that are removed. Residents also asked about stormwater run-off. A landscape architect hired by the town said there would not be run-off issues, adding that the engineering phase of the work would address those types of concerns. In fact, the work could actually result in improved water quality for Annawamscutt Creek, the landscape architect said.

The work for Phase I is estimated to cost about $1.1 million. Officials said the town had applied for a $400,000 DEM grant, but the state did not award the money to the town. Officials then indicated that the ARPA funds could be used for the project.