The Mt. Hope softball team  clinched the Division II South title as they out slugged Portsmouth 8-4 during a home game on Tuesday afternoon. The Huskies are 16-0 in league play with one game … 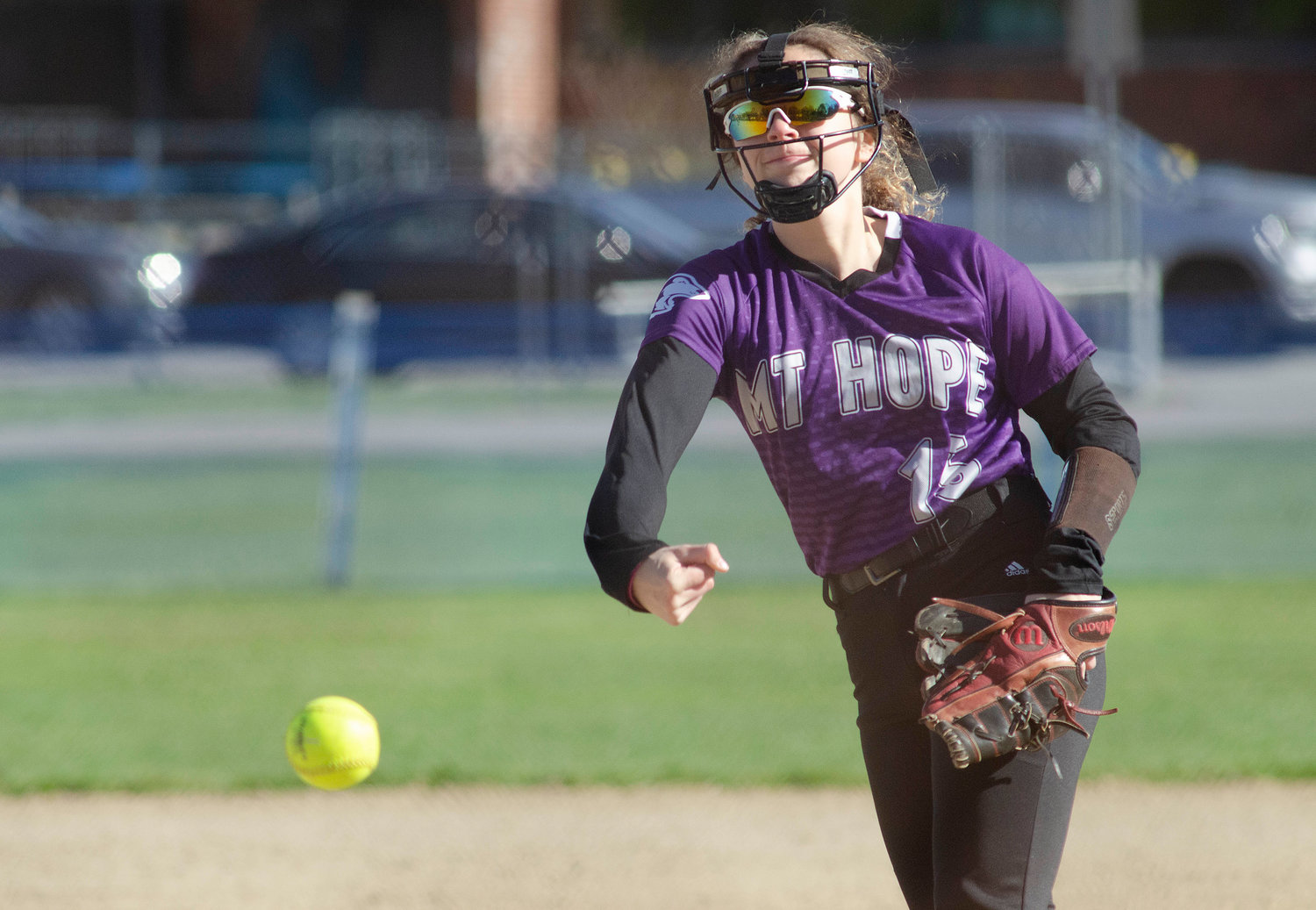 The Mt. Hope softball team  clinched the Division II South title as they out slugged Portsmouth 8-4 during a home game on Tuesday afternoon. The Huskies are 16-0 in league play with one game left, and 17-1 overall.

The pesky Patriots struck first when pitcher Megan Malone hit a two run homer in the top of the first inning to give the Patriots a 2-0 lead.

Mt. Hope two hitter, Sydney Crowell tied the game in the bottom of the inning, hitting a blast over the fence with Elsa White on base to even the score 2-2.

White scored again in the second inning on a two out double by Jayda Sylvia to give the Huskies a 3-2 lead.

The Patriots tied the score in the top of the third and took the lead again in the fourth. Amaral walked Katrina Hopton and she scored on a double by Margaret Lauder to tie the score 3-3. In the top of the fourth Ella Daly reached via error and came around to score on a ground out by Ashley Murphy to give Portsmouth a 4-3 lead.

Mt. Hope answered in the bottom of the fourth with three runs of their own. Sammy Malafronte led off the inning with a single. White reached via error to give the Huskies runners on first and second. Sylvia singled with one out to load the bases for clean up hitter Grace Stephenson. The Huskies slugger bashed a bases clearing double to the left field fence to give Mt. Hope a 6-4 lead.

Mt. Hope added insurance runs in the bottom of the sixth. Crowell singled and scored on a passed ball and Sylvia reached via error and scored on Stepenson’s second double of the game to give the Huskies an 8-4 lead.

Amaral blanked the Patriots the rest of the way, striking out seven in the last three innings.

The playoff schedule should be completed by the end of the week as teams finish up their regular season schedules.

Police: Woman arrested after driving over lawn on Prudence Island