A portrait that hung in the Bristol Town Clerk’s office for years in hopes of restoration is back in great form and ready for its close up. “He was kind of my roommate for 16 … 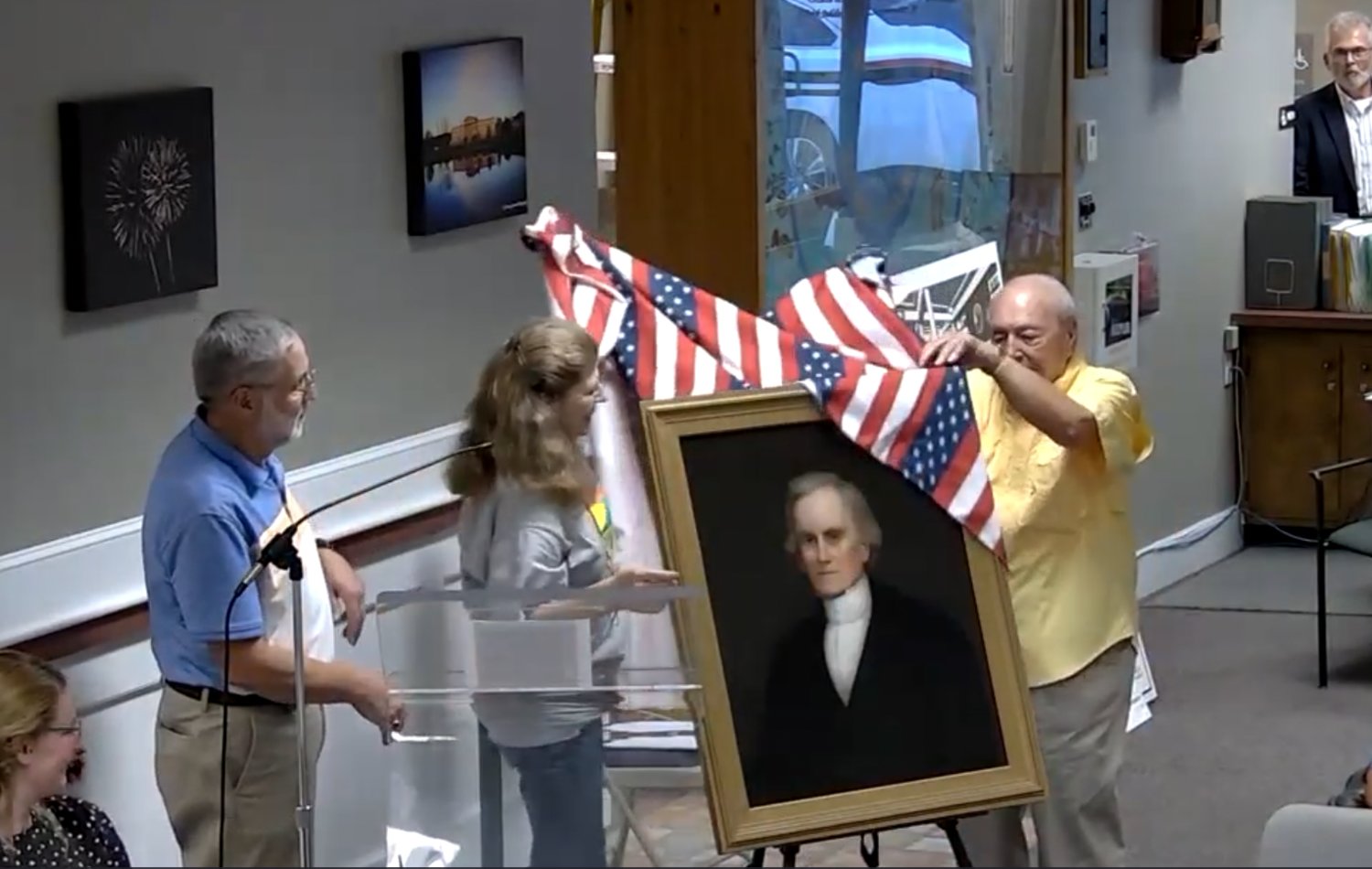 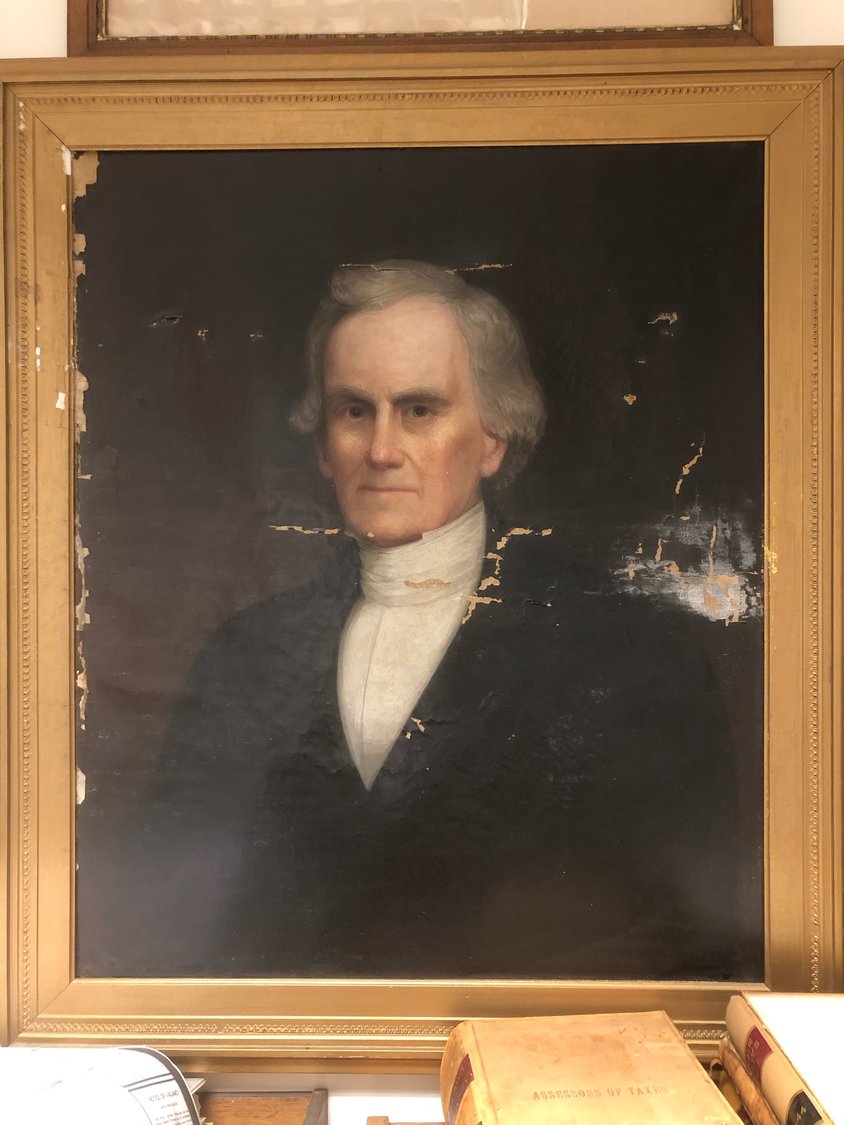 The portrait before restoration. 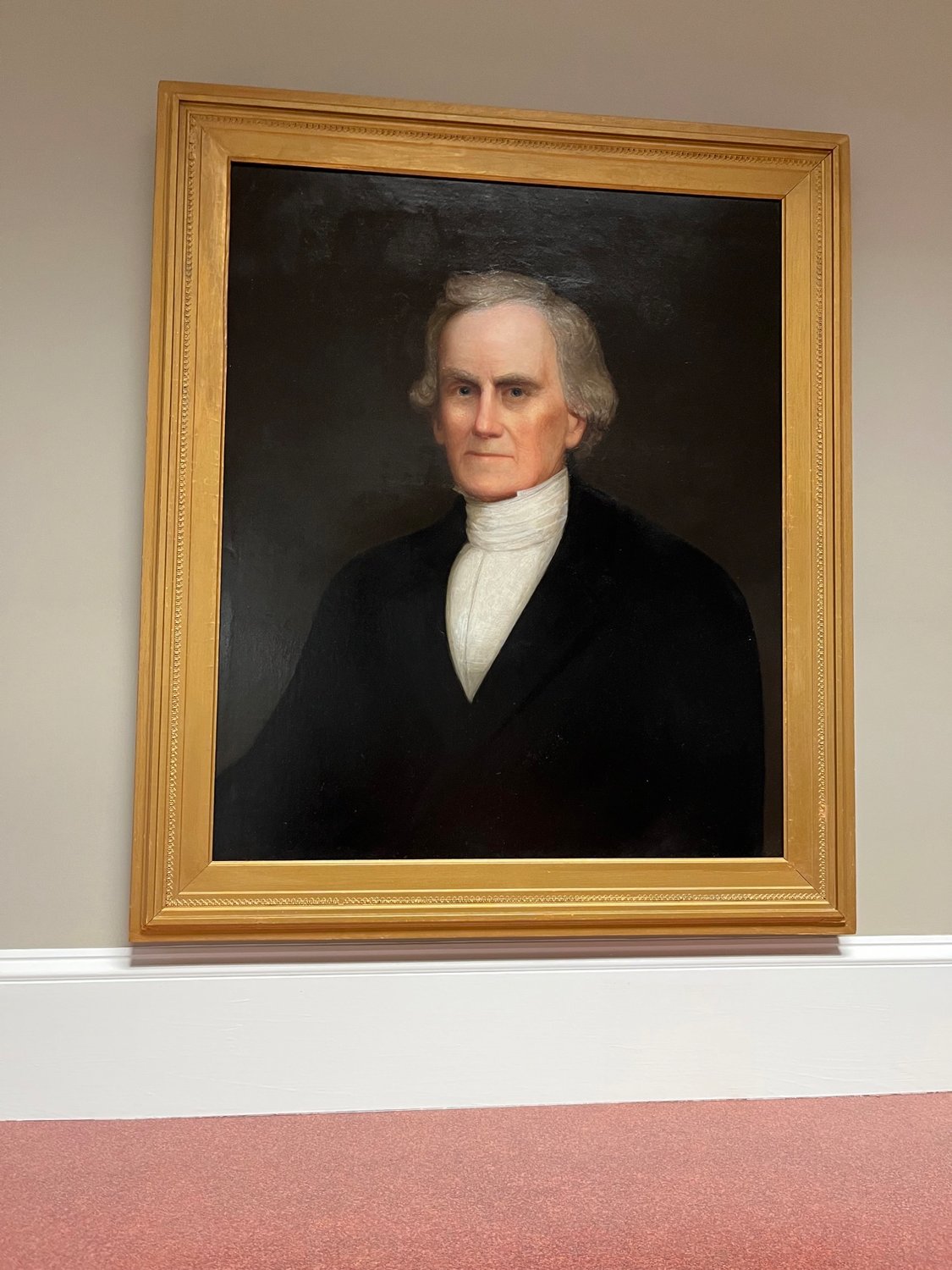 The portrait after restoration.
Previous Next
Posted Friday, August 12, 2022 9:00 am
By Christy Nadalin

A portrait that hung in the Bristol Town Clerk’s office for years in hopes of restoration is back in great form and ready for its close up. “He was kind of my roommate for 16 years,” joked former Town Clerk Lou Cirillo at the official unveiling during the council meeting last Wednesday, Aug. 3, where Cirillo told the story of the painting of Thomas Shepard, Bristol’s first superintendent of schools.

Rev. Shepard’s portrait was painted by Jane Stuart (1812-1888), the youngest of 12 children of painter Gilbert Stuart and his wife Charlotte. Jane Stuart’s famous father did not provide formal art lessons to his daughter, believing that real talent is born and not made. “When they want to know if a puppy is of the true Newfoundland breed, they throw him into the river; if true, he will swim without being taught,” the painter, famous for his iconic portrait of George Washington, said.

Fortunately, Jane was in fact supremely talented, and learned much by watching her father at work. After he died in 1828, leaving his family in poverty, Jane took on commissions and the responsibility of supporting her large family, first working in Boston and later in Newport, where she became the first female portrait artist in the city.

The painting was a gift to the town from an anonymous donor, with the intention that it should be displayed in the newly constructed Byfield school. The school was built in 1872 and the portrait was accepted by the Town Council in January of 1874.

Thomas Shepard held his position as superintendent of Bristol Schools from 1849 to 1855, for several years concurrently with his role as Minister of the First Congregational Church from 1835 to 1865.

By all accounts, Rev. Shepard was a devoted public servant, as detailed in his obituary, which appeared in the Providence Journal on Oct. 6, 1879. It reads, in part: “… he carried, without effort and without affectation, both into his official and into his private relations, the gravity and decorum and self-respect which befitted his scared office … He had no taste for controversy and lived in charity with all men.

“… He was in turn beloved by all, and in his death many not of his own spiritual fold will mourn a good counselor and friend.”

According to Cirillo, the Shepard painting was among about a dozen portraits that had been kept by the school district in a basement storage area sometime after the regional school district was established. “I learned the location of the portraits in early 2005 and approached Town Administrator Diane Mederos to obtain permission to request that the portraits be returned to the town and be displayed in the Burnside Building.”

“We were able to clean the portraits and frames and make some some minor repairs … Unfortunately, the portrait of Thomas Shepard was found to be badly damaged, and the decision was made to hang it carefully in a safe place to prevent any further deterioration and hopefully restore it in the future, so that it could be one day displayed for public view,” which is how it came to spend much of the last two decades in the clerk’s office.

Former Superintendent Ennis Bisbano began an effort to investigate the possibility of restoring this historic painting in November 2020, enlisting the help of Charlotte Burnham, longtime resident and children’s librarian at Rogers Free Library. Thanks to their efforts and the generosity of donors, they were able to raise more than $5,000.

The work was completed by noted art restoration expert Peter Williams of Peter Williams Museum Services in Boston. He characterized the Shepard painting as “one of the most severely damaged paintings we have ever worked on in over 40 years.”

“When the painting arrived at our studio, paint was flaking off all over the surface,” Williams said. “Much had fallen off and much was about to fall off. This had been caused by exposure to flooding conditions while in storage, we believed.”

First, Williams’ team dripped a wax-resin adhesive on the front and back of the painting over the damaged areas to prevent any further paint loss and allow the painting to be handled without causing further damage. The second step was to remove the painting from the stretcher bars and place it in a vacuum envelope and use heat to secure the paint/canvas bond. According to Williams, at the completion of this stage it was safe to clean the painting and re-stretch it on the original stretcher bars. Finally, they filled in the losses with gesso and matched the colors of the gesso to conceal the missing areas, and varnished the painting with a synthetic coating for protection.

“We were thrilled to work on this painting attributed to the famous and talented daughter of Gilbert Stuart,” said Williams, noting that his firm was also behind the recent restorations of paintings of George and Charlotte DeWolf by Cephas Thomson at Linden Place. “It was both an honor and a pleasure to work on these paintings.”

Cirillo will be presenting a more in-depth account of the story of Reverend Thomas Shepard and his portrait at a Bristol Historical Society event, open to the public, to be held Monday, Sept. 19, at 6:30 p.m. at the Herreshoff Room at Rogers Free Library.