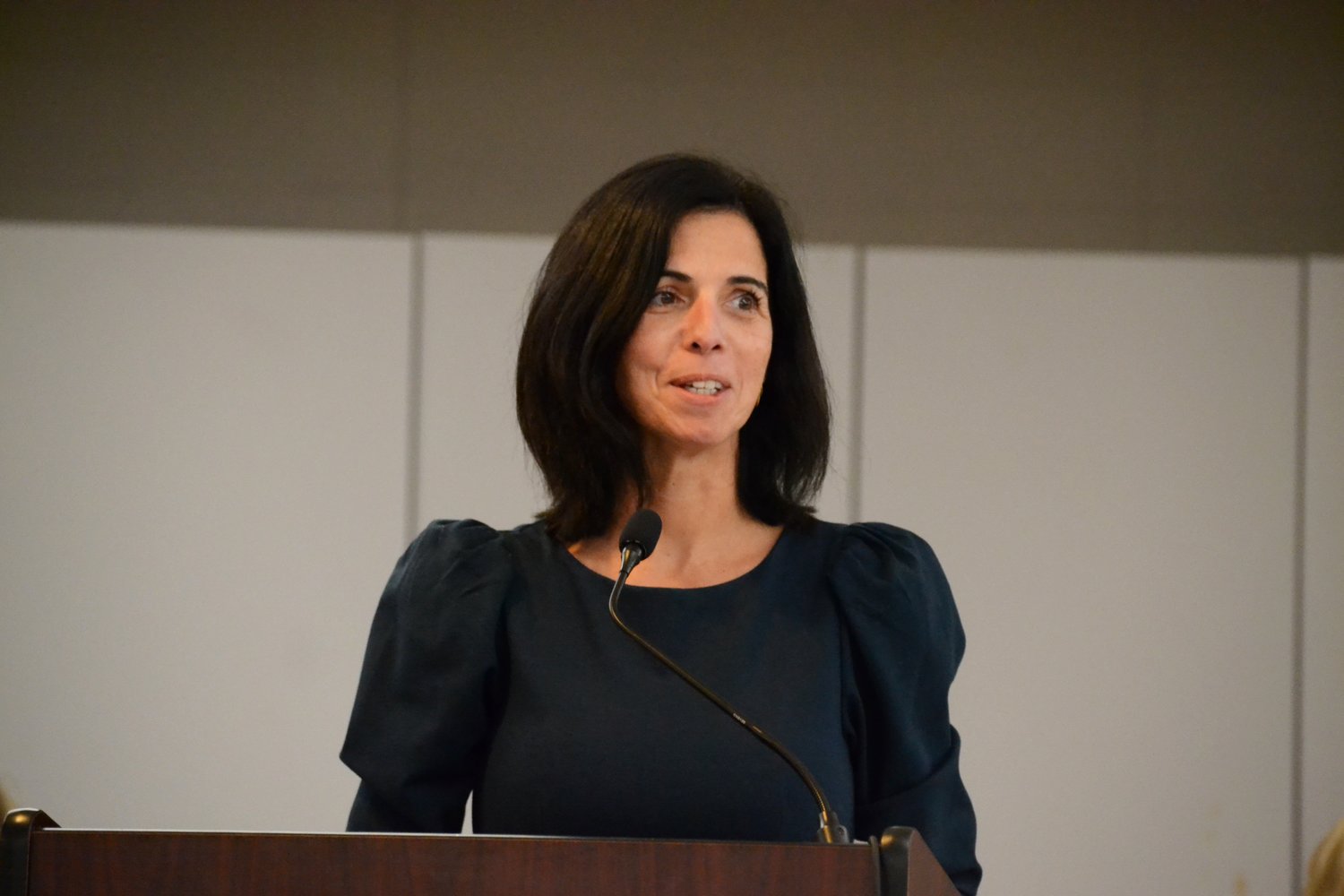 The Bristol Warren School Committee unanimously approved Ana Riley as the new Superintendent of Schools during their meeting on Monday night at Mt. Hope High School in Bristol.

Following the meeting, Committee Chairperson Marjorie McBride confirmed that Riley was signed to a three-year contract at a salary of $180,000. McBride said that she was “excited” at Riley’s hiring, adding that, “I think we’re on the right track.”

Riley was superintendent for Portsmouth from 2014 to 2019, eventually leaving to accept a job as deputy commissioner for instructional programs at the Rhode Island Department of Education. She has also been assistant superintendent and superintendent in Dartmouth, Mass., and held various teaching and principal positions at the elementary and middle school levels in her home city, Fall River, Mass.

Reached Tuesday morning following her appointment, Riley said that her role at RIDE throughout the past two years — where she was in charge of leading curriculum, assessment and career pathways only to have the pandemic began just a month or so after she began the job — left her looking forward fondly to an opportunity to be closer with students and working hands-on within a district.

“Really I’ve felt like I’ve had two jobs for the last two years…It’s been a lot,” she said. “I feel like I’ve done all that work through two years of a pandemic and I’m just ready to be in a district where you can feel the impact directly. I want to be around students. I miss that closeness to the work.”

Riley’s start date is not pinned down yet, as she is working on transitioning out of her job with RIDE. She said she realizes, however, the sense of urgency to get started.

Creating a shared vision
Riley will become the sixth superintendent (including those who held the position in interim) in less than three years for Bristol Warren, assuming control of a district that has been publicized more often in recent memory for its revolving door of superintendents, budgetary woes, divisive school committee and student protests than its academic achievements.

Prior to accepting the position, Riley said that she requested a meeting with the school committee to specifically ask questions regarding how her position would be received, and whether she would be empowered to craft her vision for the district.

“If they want me to come and lead the district, then they have to trust in the work that I’m doing and leading,” she said. “And that I'll keep them informed and make sure that they understand the ‘how’ and the ‘why’ and the ‘what’ that we’re doing. But if they want me to be their superintendent, then they need to let me lead the district. And we were all in agreement.”

Riley said that she believed in the sincerity and desire to create a strong district among the members of the school committee, and that they would be willing to help foster a shared vision for student success.

“I come to this job with the full belief that every child can be successful, and I center my decision around kids. That’s where I start from,” she said. “But really it’s building a vision together of where we want to go. What I heard from the school committee and what I saw in their strategic plan, which included lots of stakeholder input, is this desire to really work together to elevate education for students in Bristol Warren.”

With experience I building career technical education pathways in Portsmouth, and then leading those sorts of efforts for the whole state, Riley believes strongly in the ability to enhance those opportunities in Bristol Warren. She said she would look to continue building relationships with the local business community to further that goal.

“I’m just excited to do a little review of what the current programs are in Bristol Warren and meet with kids and parents and teachers and see what they would like to add to the program and start to build those programs,” she said.

First steps
Aside from figuring out exactly when she’ll hit the ground running in the district, Riley said one of her top priorities was working with Chief Financial Officer Tony Ferrucci to establish a baseline of understanding of the current budget situation, and report that to the school committee and members of the public in December.

Similarly, Riley wants to establish an understanding of the current state of affairs in the district’s individual school buildings.

“I need to spend a little bit of time just getting the schools and the district — spending time with kids, getting to know what the culture of each of the buildings and what the district looks like,” she said.

Prior to being announced, a slew of student achievements were highlighted that included students who exceeded expectations on RICAS testing, as well as athletic and extracurricular achievements, which Riley highlighted during her brief comments before the committee and public attendees.

“That was really exciting, and just adds to my excitement to be here,” Riley said.

She added to that thought Tuesday morning.

“I’m so grateful that I was appointed at a meeting where they were honoring so many students, because that really is what I connect with and is what I’m about,” she said. “We’re here for kids. For me, that just pulled it all together.”