"To the Surface”, a film by Bristol native Tyler Murgo, which explores issues about the sustainability of the local seafood industry in the wake of the pandemic. 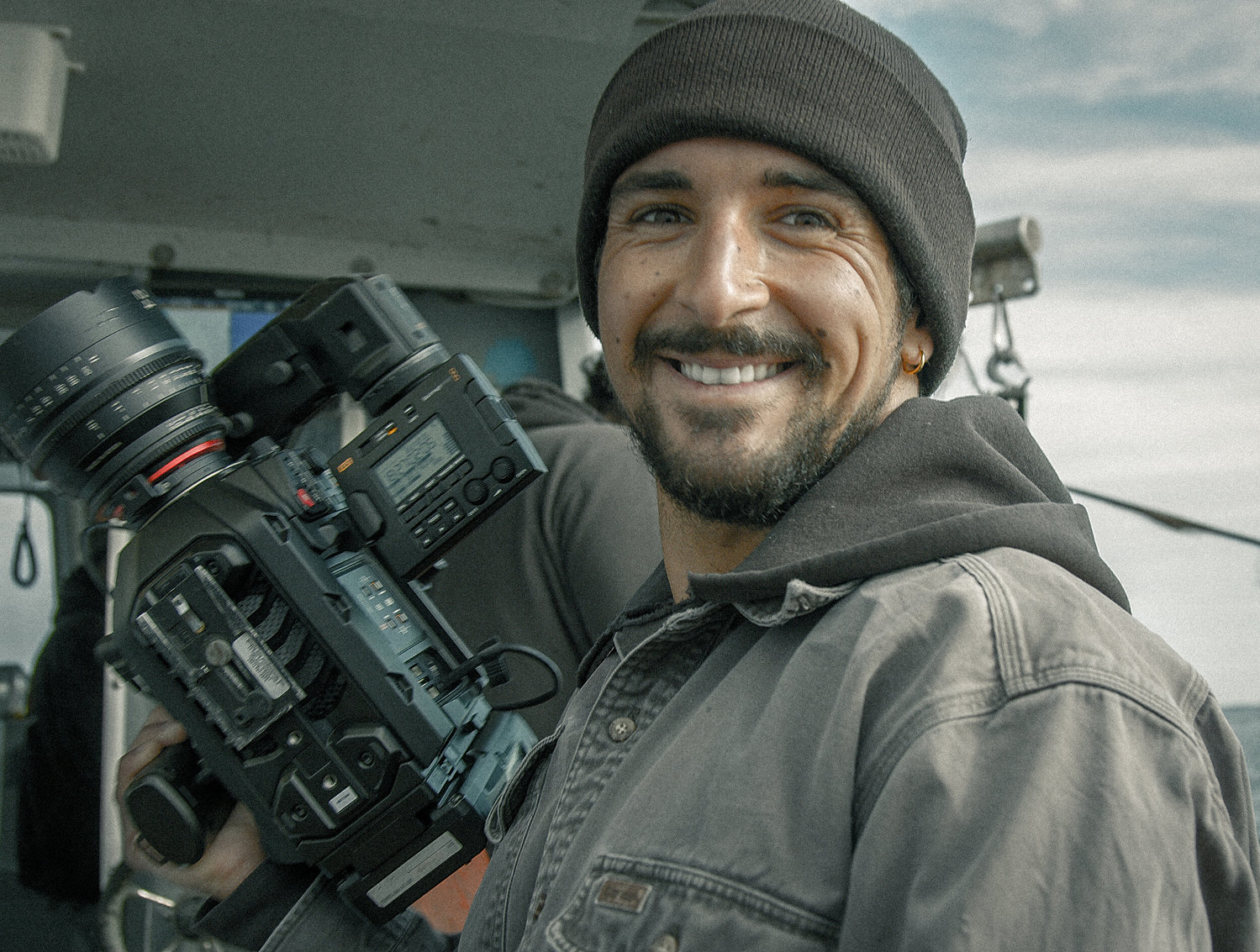 Tyler Murgo behind the scenes during the production of ‘To The Surface.’
Tyler Murgo/Gnarly Bay
Posted Thursday, May 26, 2022 12:20 pm
By Christy Nadalin

The Bristol Art Museum will host a screening of “To the Surface”, a film by Bristol native Tyler Murgo, which explores issues about the sustainability of the local seafood industry in the wake of the pandemic. A panel discussion and announcement of the launch of the Bristol Waterfront Story Project will follow.

The screening will take place in-person and virtually, on Thursday, May 26 from 6:30 to 7:30 p.m. Registration for limited in-person attendance can be made at Bristolartmuseum.org.

Tyler Murgo grew up fishing in Narragansett Bay with his father and brother, both of whom work as commercial fishermen. Though Murgo has worked as a fisherman as well, these days he’s the Director of Photography for Gnarly Bay, a film production company out of Westerly. As such he has used his talents to tell a lot of stories, but at the height of the pandemic, there was one story in particular it was important to tell, and he went back out on the water to tell it.

At the beginning of the resulting film, Murgo says that he’s always had a desire to “showcase a way of life that seemed both timeless and finite…It has never felt more finite than it does now, in the wake of the pandemic.”

The pandemic put some very specific pressures on the local fishing industry, which had long been structured in a way that will likely surprise the casual consumer. Most of Rhode Island’s seafood is exported; most Rhode Islanders eat imported fish. Yet, the best fish is right here.

For one, it’s cheaper to process fish overseas. At the same time, there were longstanding state laws preventing fishermen from selling directly to consumers. So while you could not buy a fish from your local fisherman, you could buy fish that had been caught in Rhode Island waters, frozen, shipped across the Atlantic, chopped up, wrapped in plastic, re-frozen, and shipped to your supermarket so you could “safely” purchase it.

“This was a policy made in the name of safety,” said Murgo. “How was this journey the seafood was taking making it safer? I don’t know — I trust people to make the right decisions for themselves.”

One of the unexpected positive outcomes of the pandemic was the emergency action, in May 2020, that temporarily allowed fishermen in Rhode Island to sell finned fish directly off the boat to consumers. This emergency regulation has since been made permanent.

Following the screening, Murgo and Skylar Bayer, Ph.D., Assistant Professor of Biology and Aquaculture at Roger Williams University will participate in a panel discussion moderated by artist Kendall Reiss. The discussion will explore questions such as the role of art in the face of climate change, how can artists address public advocacy and civic responsibility in their work, and whether storytelling can lead to awareness and change.

At the screening, Reiss will introduce the Bristol Waterfront Story Project, an initiative that invites individuals to record stories, reminiscences, and local lore related to the Bristol waterfront. Funded by a Community Grant from the Rhode Island Foundation, the project seeks to engage the Bristol community for individual storytelling and to form a collective archive of memory to be preserved for future generations. Stories collected between May 27 and July 10 will be made available on the Bristol Art Museum website.