PORTSMOUTH — The Portsmouth High boys’ outdoor track and field team won the Class B Championship at Conley Stadium in Providence on Sunday, its first in 15 years and fifth … 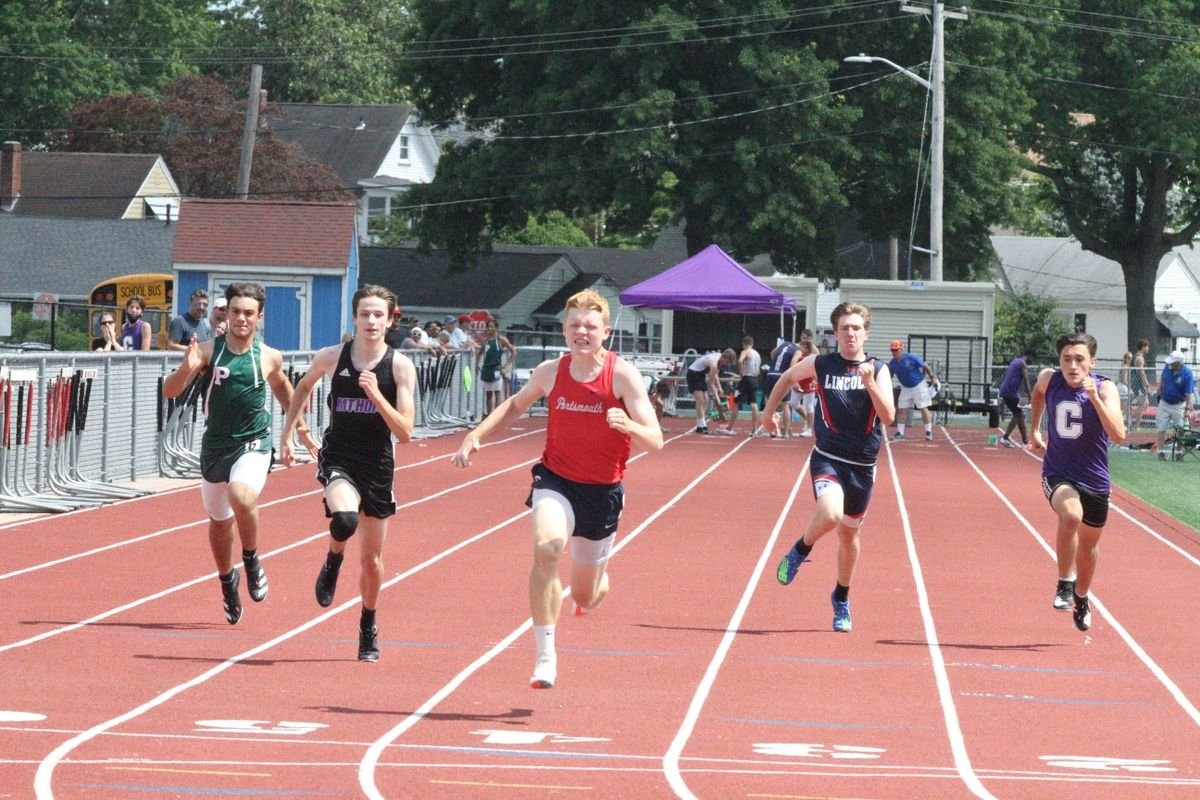 PORTSMOUTH — The Portsmouth High boys’ outdoor track and field team won the Class B Championship at Conley Stadium in Providence on Sunday, its first in 15 years and fifth overall.

The boys collecting 122 point, well ahead of second-place Classical with 91.

“Colby Fahrney far exceeded any expectations I had for him,” said head coach Shaun Horgan. “He had a great day in long jump and an awesome day on the track. He's such a driven kid, very focused. He put up a lot of big points for our team score; that was helpful.”

John Maedke set a new meet record in the 400 meters, with a time of 50.79 seconds. He also ran a leg on the winning 4x100 relay team — joined by Fahrney and Sam and Jack Bielawa — which set another new meet record.

“Jack Bielawa was scooping up points all over the place. He's a team player and a natural athlete. This was the first time he ever ran the 110 hurdles and he placed third. Assistant Coach Evan Denard worked his magic with Jack to get him up to speed quickly,” said Mr. Horgan.

“Kaden Kluth was in top form,” said Mr. Horgan. “He placed second in the 15 and 8 but he knows what he needs to do next time. Kaden's very smart and very gritty on the track. I know he's looking at that 15 state championship, and I like his odds.”

The lady Patriots were runners-up in the Class B championship, with South Kingston taking the top prize at Conley Stadium on Sunday.

The Patriots, who captured the Eastern Division title the previous week, totaled 132 points in finishing 18 points behind the Rebels.