Taxpayers vote ‘No’ to allowing demolition option for monastery

Some residents call resolution a ‘bait and switch’

Taxpayers vote ‘No’ to allowing demolition option for monastery

Some residents call resolution a ‘bait and switch’ 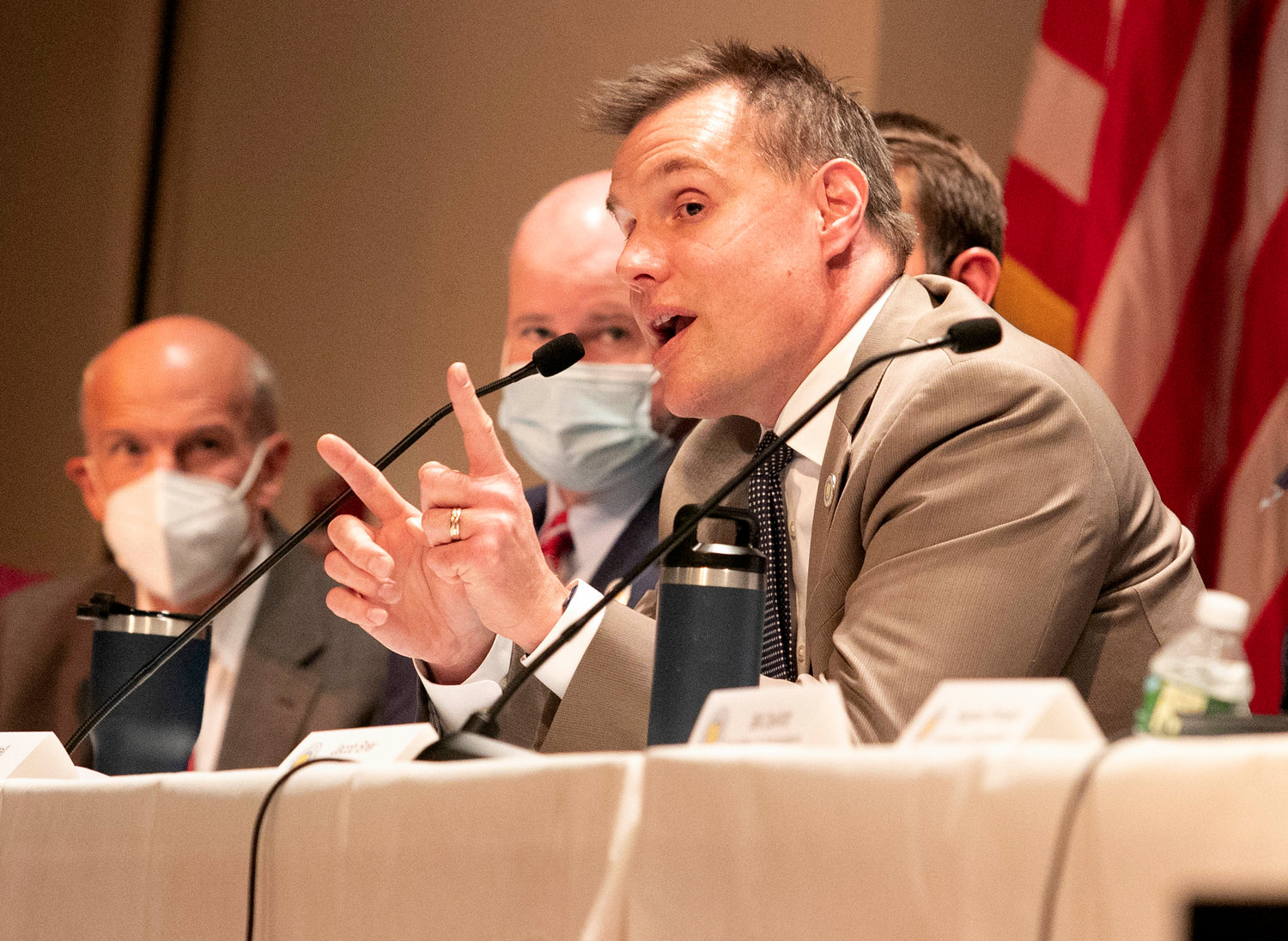 Council member Carl Kustell speaks at Wednesday night’s financial town meeting about a resolution that would have opened the door for the possible demolition of the former Carmelite monastery on Watson Avenue.
Photos by Richard W. Dionne, Jr. 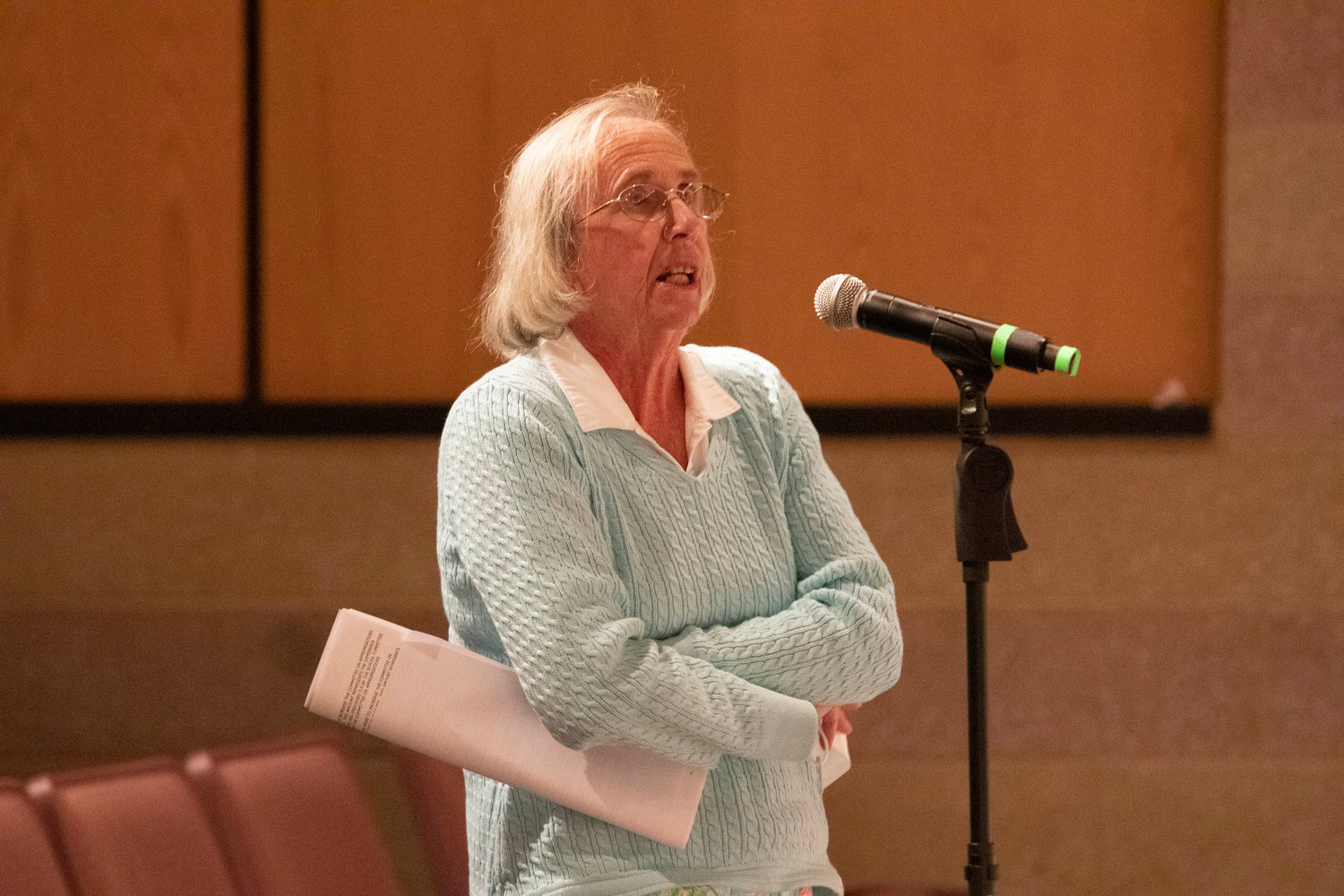 Mary Alyce Gasbarro, a former town councilor, says if her council had done what the current council did they would have been run out town on a rail.
Photos by Richard W. Dionne, Jr. 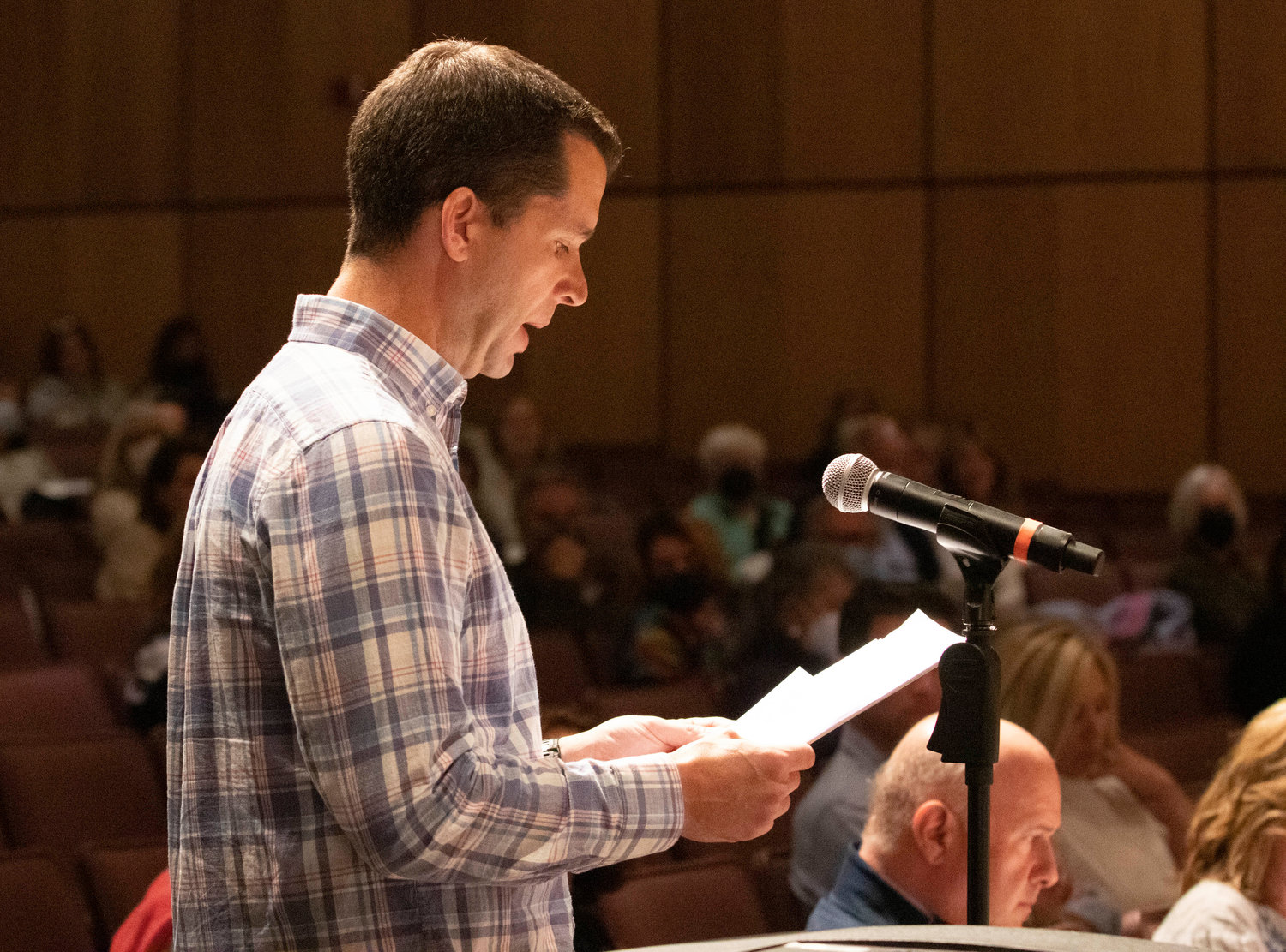 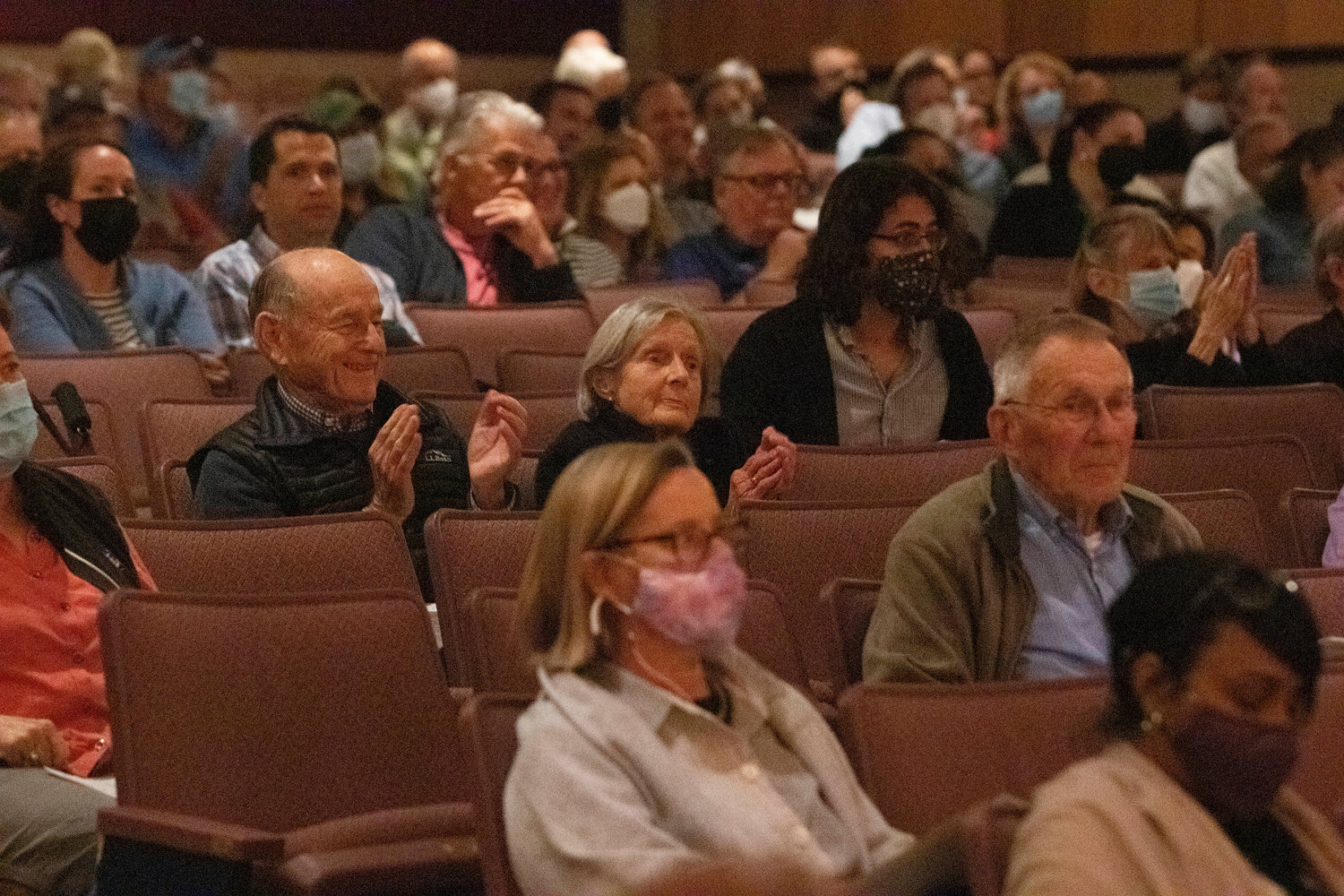 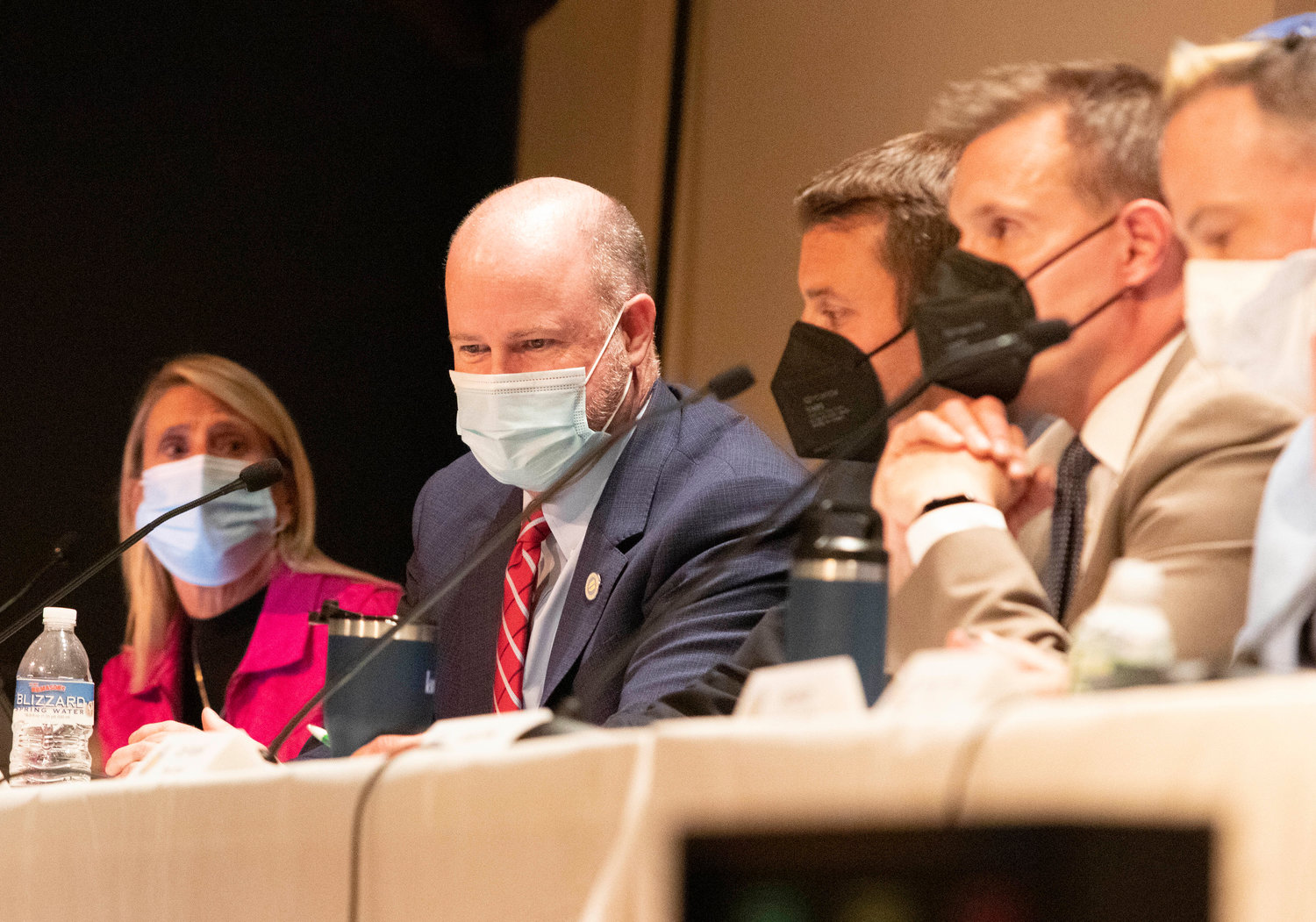 Town Council President Michael Carroll (center) responds to a question during the FTM on Wednesday. 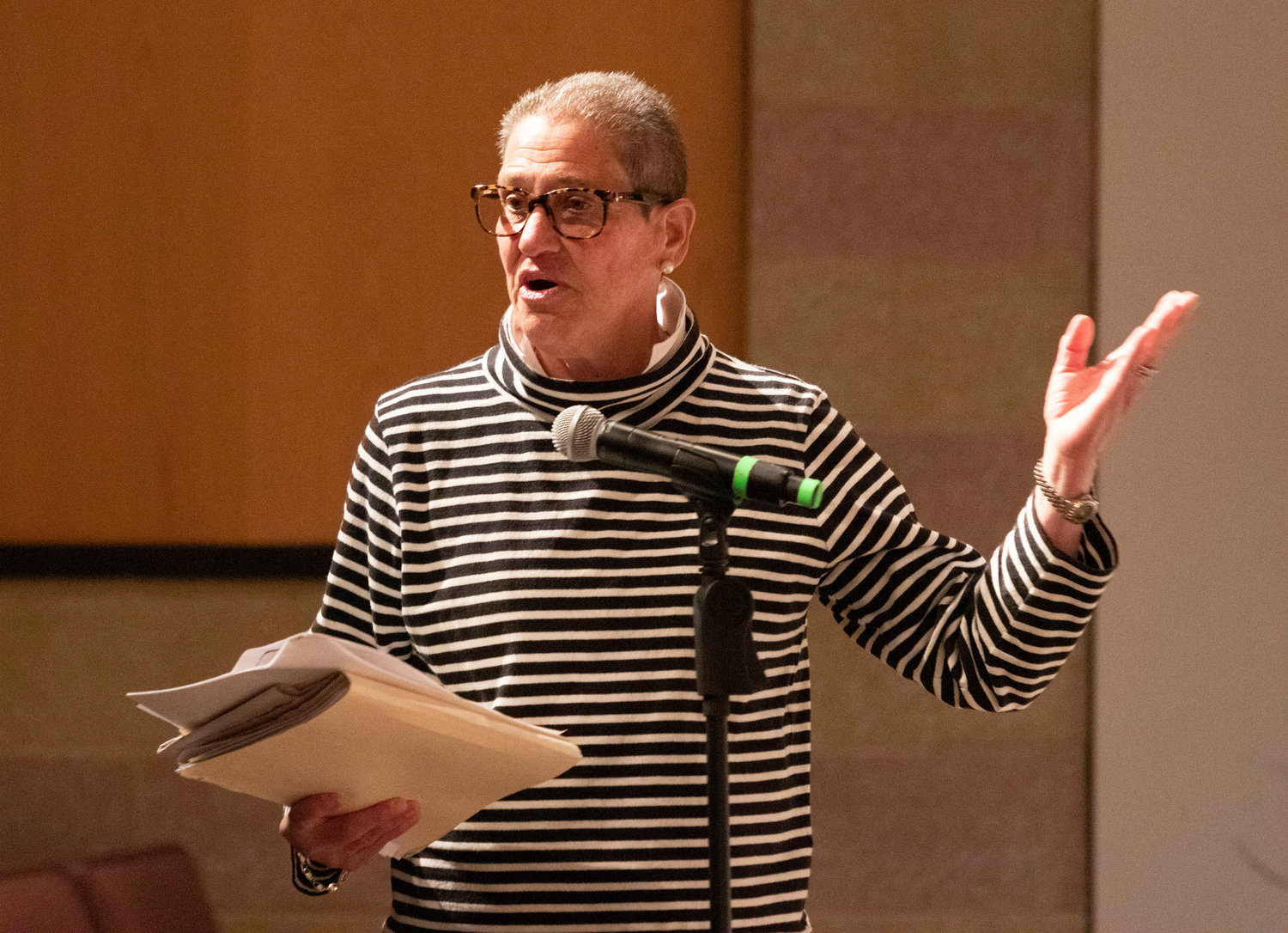 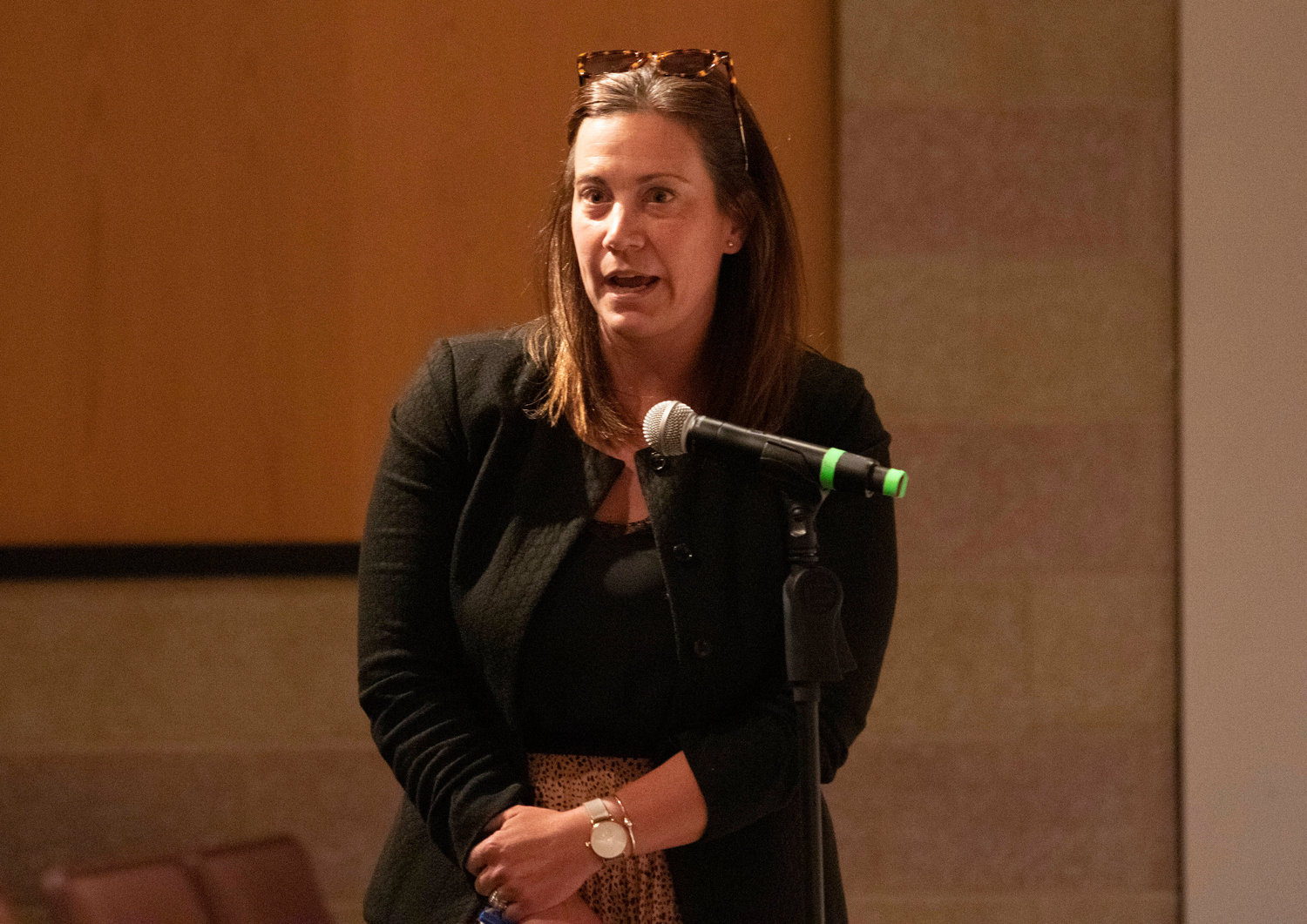 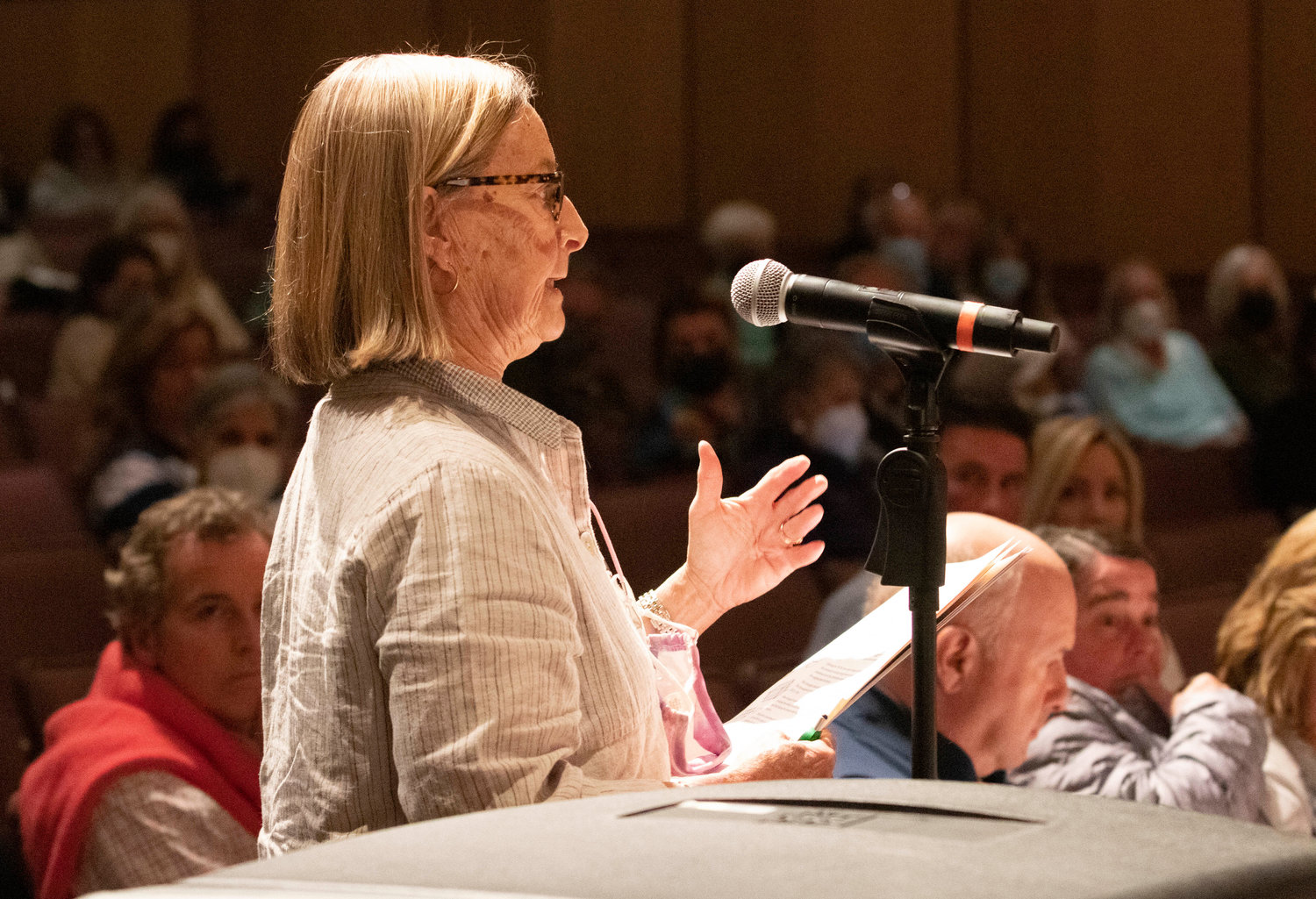 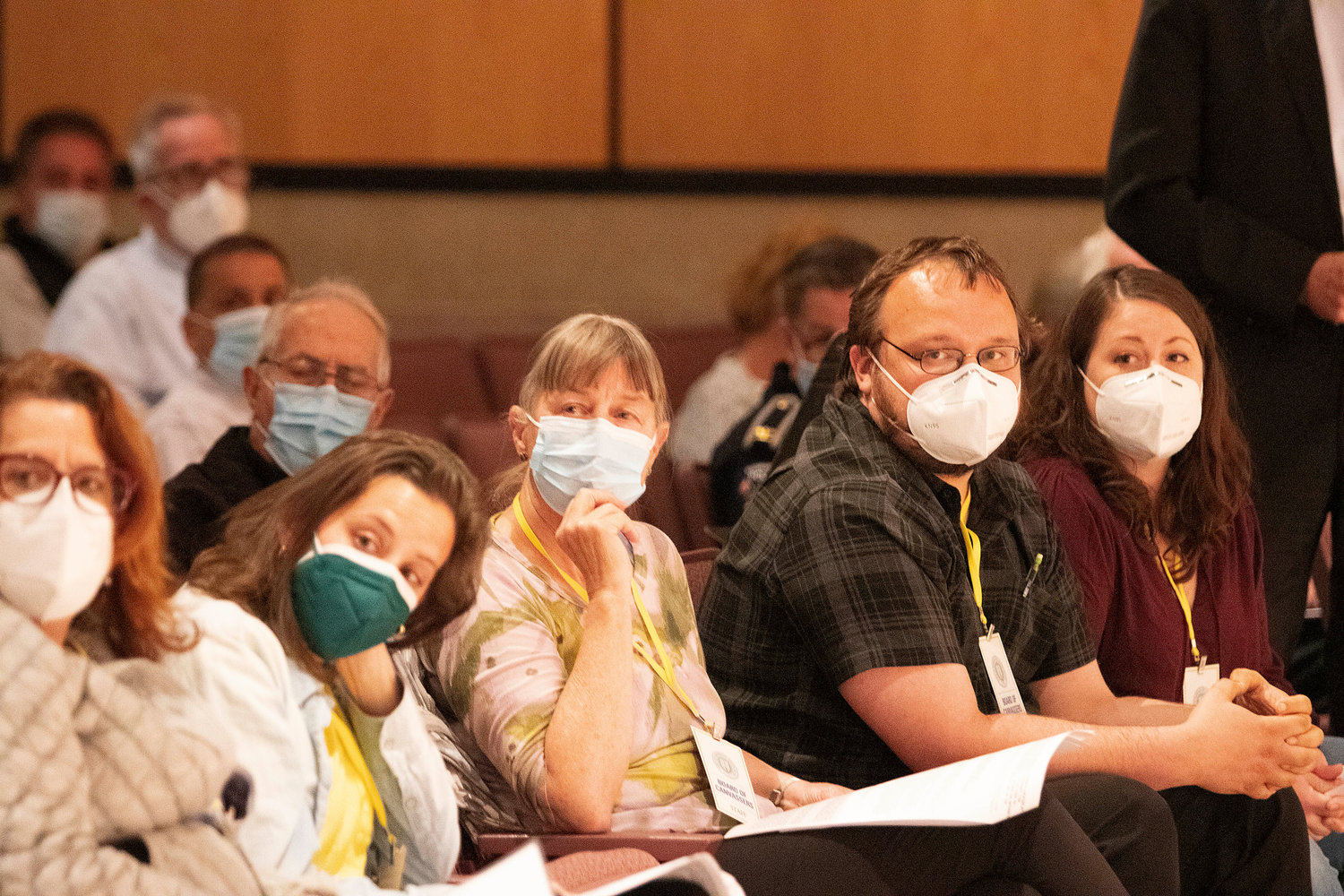 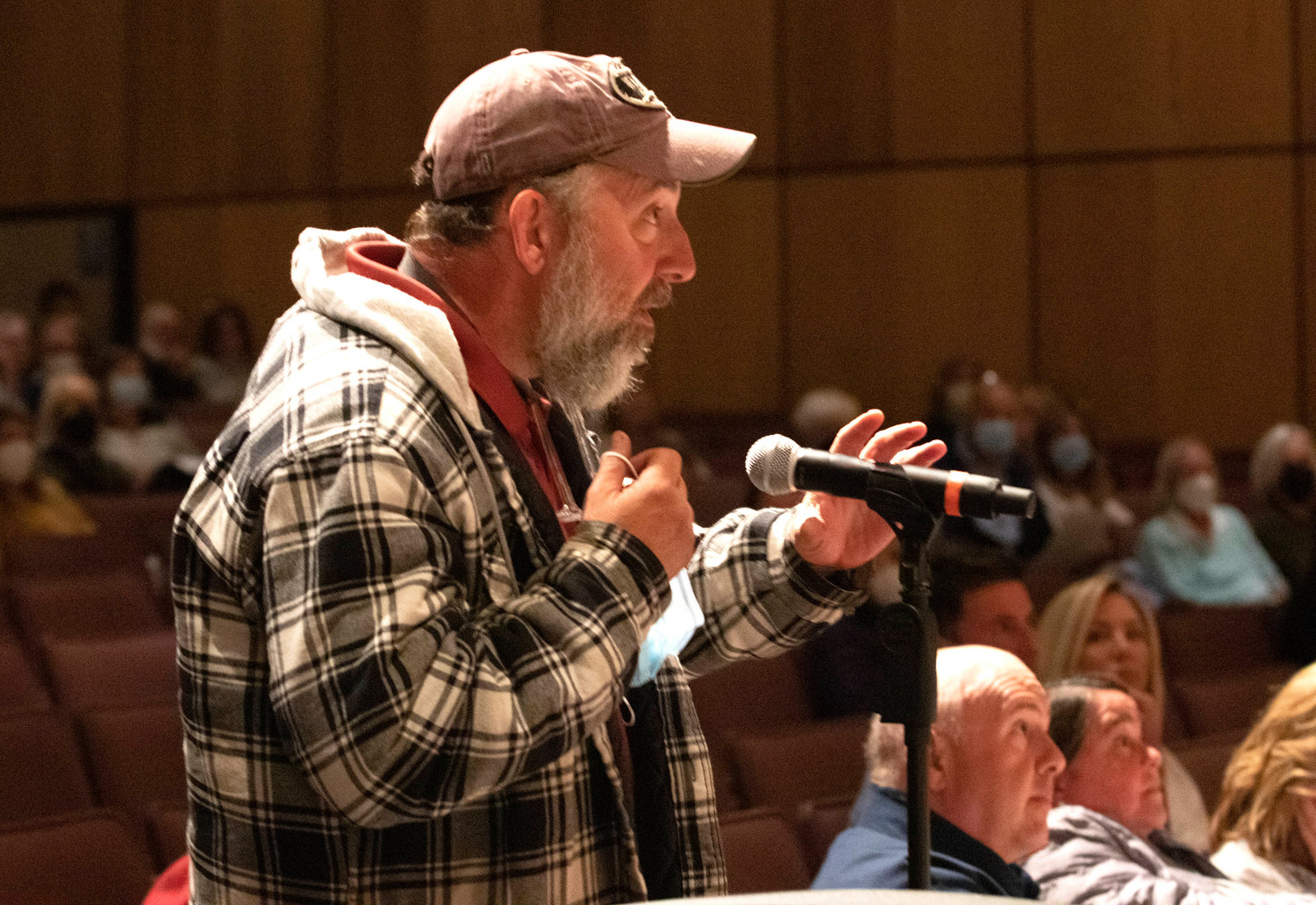 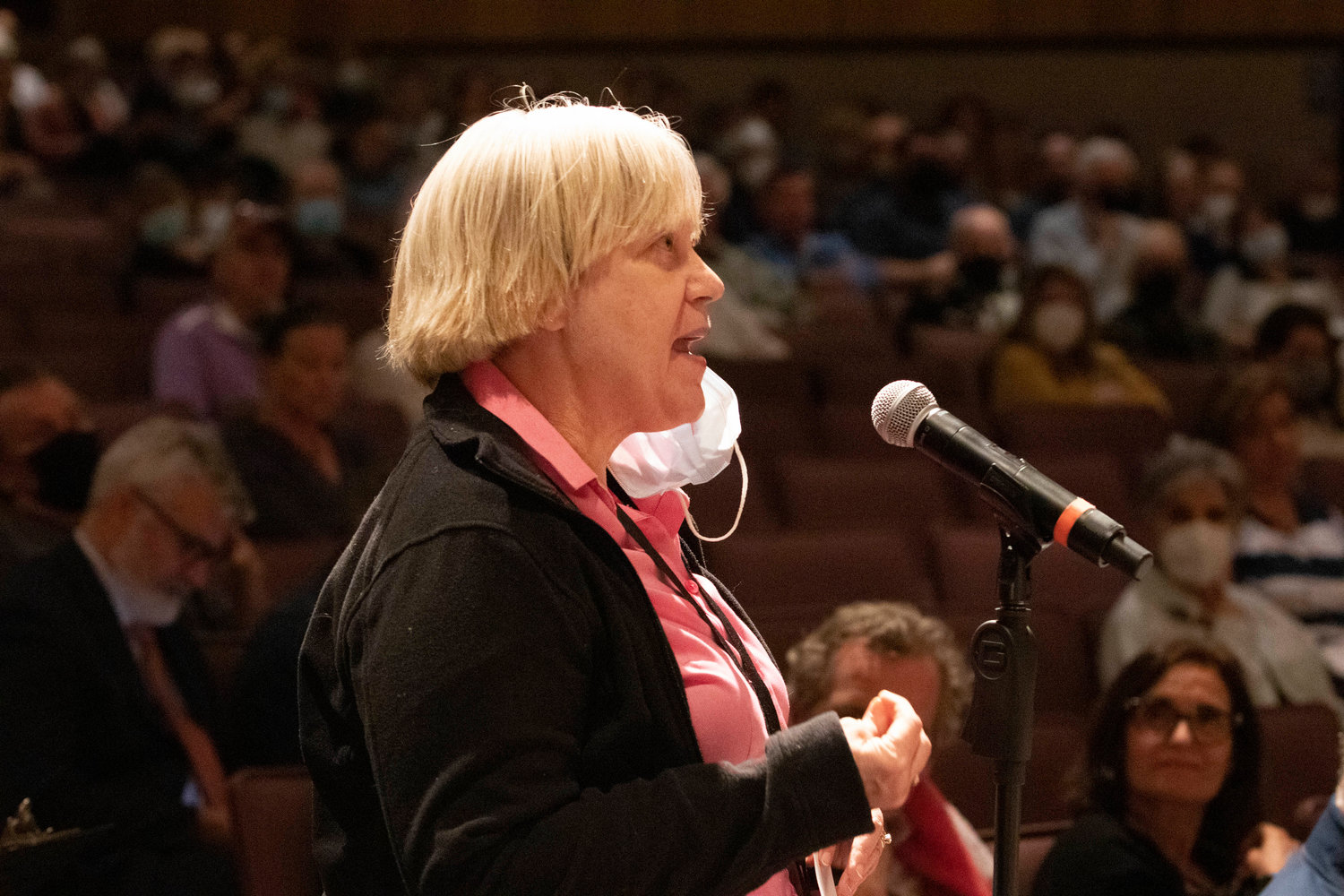 A Clarke Road resident asks what the nuns would think of Barrington's discussion about the former monastery.
Photos by Richard W. Dionne, Jr. Members of the town council and COA listen to speakers.
Photos by Richard W. Dionne, Jr. 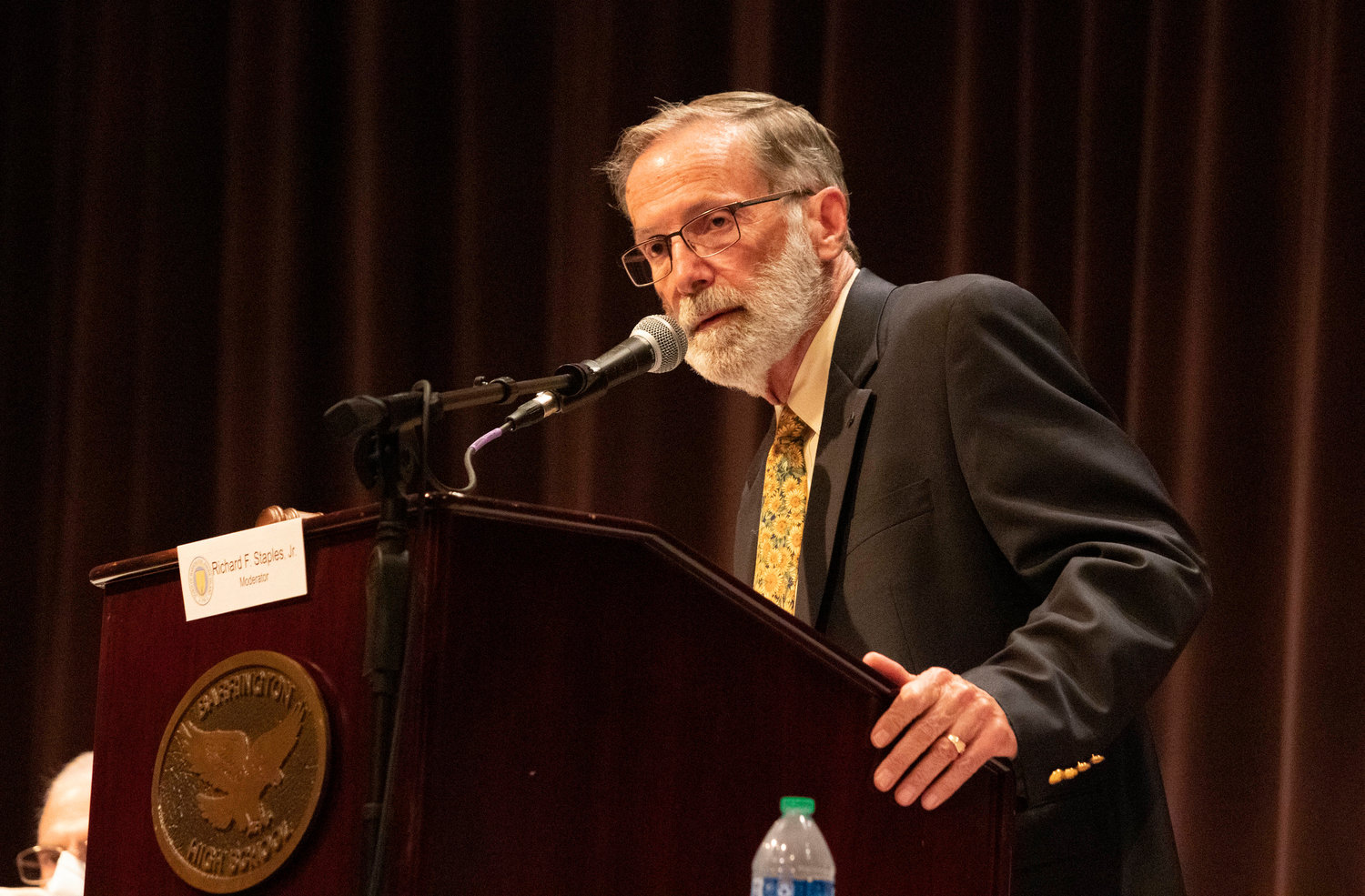 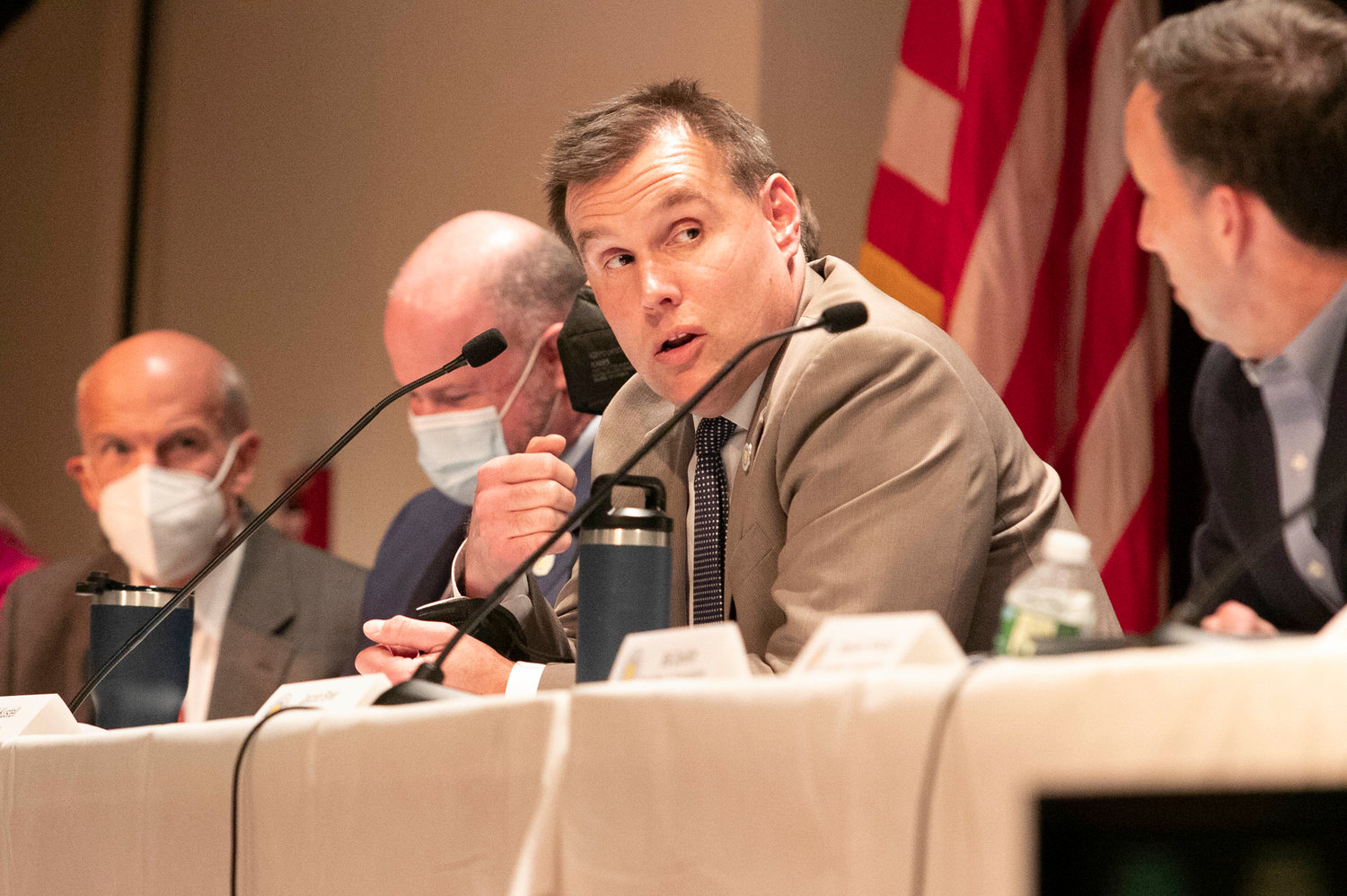 Taxpayers at Wednesday night’s financial town meeting voted down a resolution that would have opened the door for the possible demolition of the former Carmelite monastery on Watson Avenue.

This was the second straight year where residents have cast votes about the monastery. At last year’s FTM, town officials proposed a resolution to purchase the seven acre parcel and preserve the monastery building. Taxpayers passed that resolution by a 176 to 175 margin.

This year, town officials returned with a new resolution, asking taxpayers for permission to allow the possible demolition of the monastery. Nearly 300 residents attended the FTM, held inside the Barrington High School auditorium, and dozens spoke out against the resolution.

In a voice vote, Barrington Town Moderator Richard Staples ruled that the “nay” votes had defeated the resolution. The vote came at about 9:15 p.m., approximately two hours after the meeting started.

Among those to speak out against the resolution was Pamela Danforth, a Barrington resident who said the request to allow for the possible demolition of the monastery building felt like a “bait and switch,” adding that the move was “kind of appalling with the proper information being vetted.” Danforth said consultants hired by the town had not yet conducted the necessary studies (environmental impact, traffic, etc.) that should be completed. She also cautioned against rushing to make a decision.

Fewer people spoke in support of the resolution. Carla DeStefano, a member of the town’s housing board of trustees and 25 Watson Ave. Ad Hoc Committee, and a housing developer, called Wednesday night’s FTM an emotional disinformation meeting. She also said the decision to preserve the monastery building had been thrown in at the last minute prior to last year’s financial town meeting.

Barrington resident Richard Godfrey also spoke in favor of the resolution. Godfrey is the former CEO of Rhode Island Housing and a consultant who helped state housing finance agencies develop and maintain affordable housing programs. Godfrey said the resolution would give the town more flexibility with the future development. He also dismissed the issue of asbestos in the building — he said the asbestos needs to be abated whether the monastery building is demolished or renovated.

Other residents spoke about their concerns over the asbestos. Vanessa Sheehan lives near the monastery property and said one of her children has respiratory issues. She added that she was concerned about the dangers posed to all children by the asbestos. Sheehan said she supported the preservation and beautification of the monastery.

Susannah Holloway, a member of the Barrington Committee on Appropriations, said she was not in favor of the resolution. She said she had voted a year earlier to preserve the building, and now feels betrayed by the council’s request for permission to allow the option for demolition. She also called it a bait and switch.

Mary Alyce Gasbarro spoke out against the resolution. She was also critical of the current council’s decision to propose the resolution. Gasbarro, a former town council member, said if her council had done what the current council did they would have been run out town on a rail. She said most of the town’s older residents she knows are not expecting the town to provide housing for them later in life.

Michael Carroll, the current council president, said he believed there are some seniors in town who would qualify for affordable senior housing in Barrington.

The speakers, at three-minute intervals, took turns sharing their thoughts. Some said there was no need to offer the demolition option yet. Some said they needed more information, more details. Some said this was just to offer the option, and did not mean the building would surely be torn down. Some asked if the caveat of preserving the monastery building was not included in last year’s FTM would the resolution to purchase the property ever passed in the first place.

In the end, the voice vote proved enough for Staples to make the call — the nays had it.

Not the last vote

Barrington Town Solicitor Michael Ursillo spoke during the discussion. Ursillo said the monastery property would be coming back to another financial town meeting at some point in the future, when the town decides to sell it to a developer. That move, Ursillo said, requires approval by voters at an FTM.

It’s all going to come back to you, Ursillo told the attendees at Wednesday night’s FTM.