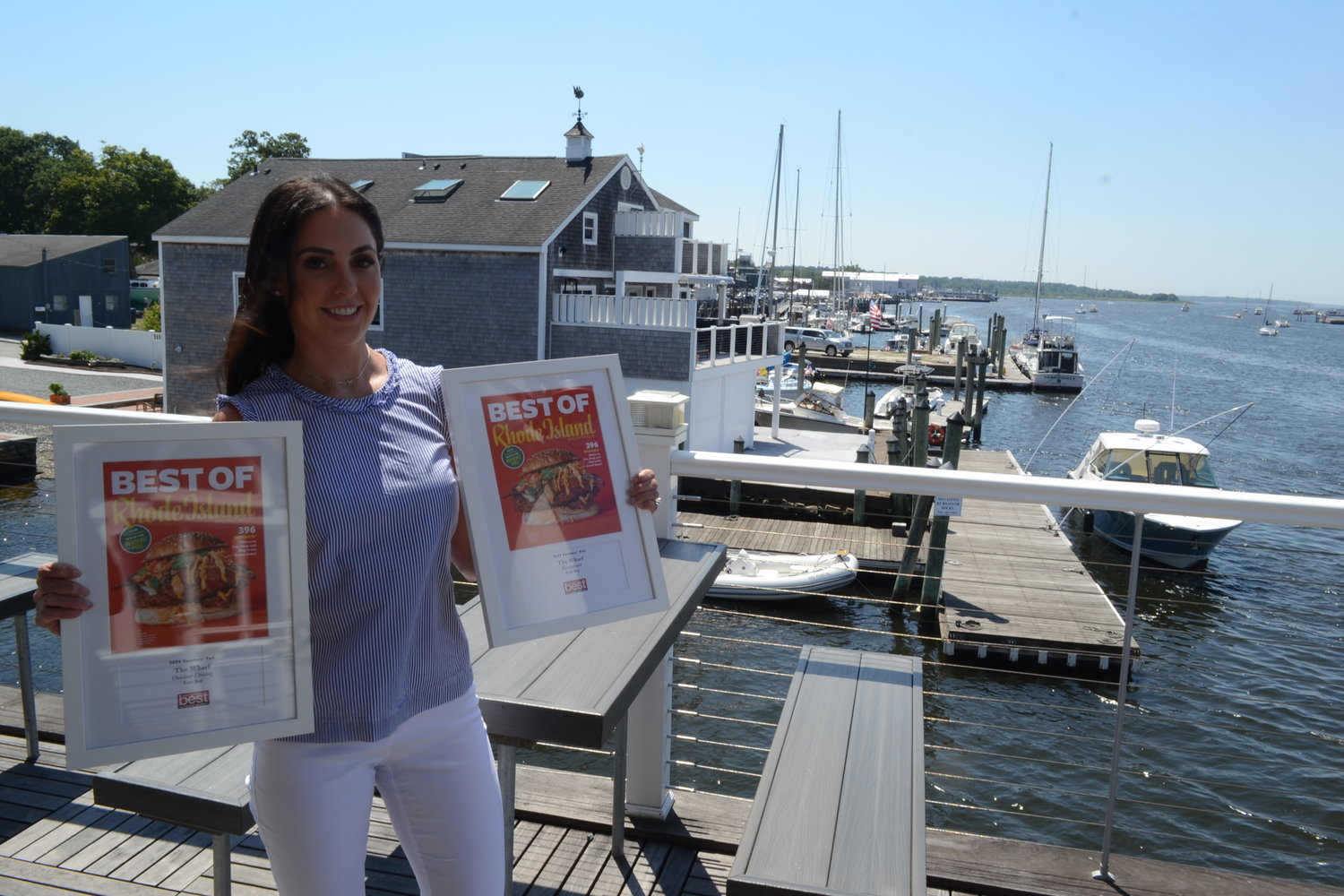 Marissa Ferris stands among the top deck of The Wharf, which she acquired with her husband four years ago. The stunning vista earned her the accolade of Best Outdoor Dining spot in the East Bay, and their improvements to the restaurant earned them the Best Restaurant in the East Bay award among much competition.
Posted Wednesday, August 10, 2022 8:00 pm
By Ethan Hartley

The town of just over 11,000 people earned more than 20 victories and mentions in Rhode Island Monthly’s annual “Best of Rhode Island” — a part-public, part-editorial award series which strives to find the most popular and worthwhile spots throughout the Ocean State for everything from where to get the best burger to the best place to train your new puppy.

“The pandemic kind of helped to force people to slow down and notice all these things we have going on here,” said Katie Dickson, owner of Bywater and co-founder of the local merchants group Discover Warren. “We’ve always known, living and doing business in Warren, that it’s among the best in Rhode Island, but it’s certainly exciting to see it recognized on the state level.”

Two Warren locations won multiple awards, as The Wharf took home Best Restaurant in the East Bay and the Best Outdoor Dining category for the East Bay. Chomp Kitchen and Drinks earned its third consecutive nod for Best Burger, not only in the East Bay, but in the whole state.

“I’ve noticed a difference in the foot traffic, whether day time in the coffee shop or night time at the restaurant,” Dickson, who owns Bywater, continued. “It’s enough of a destination and there’s enough buzz that it’s not an obstacle to drive 20 minutes from Providence anymore.”