Westport eyes grant for improvements at The Let

Members of Westport's newly formed Climate Resilience Committee wasted no time during their first-ever meeting last Tuesday, spelling out what they want to accomplish, electing officers and voting to …

Westport eyes grant for improvements at The Let 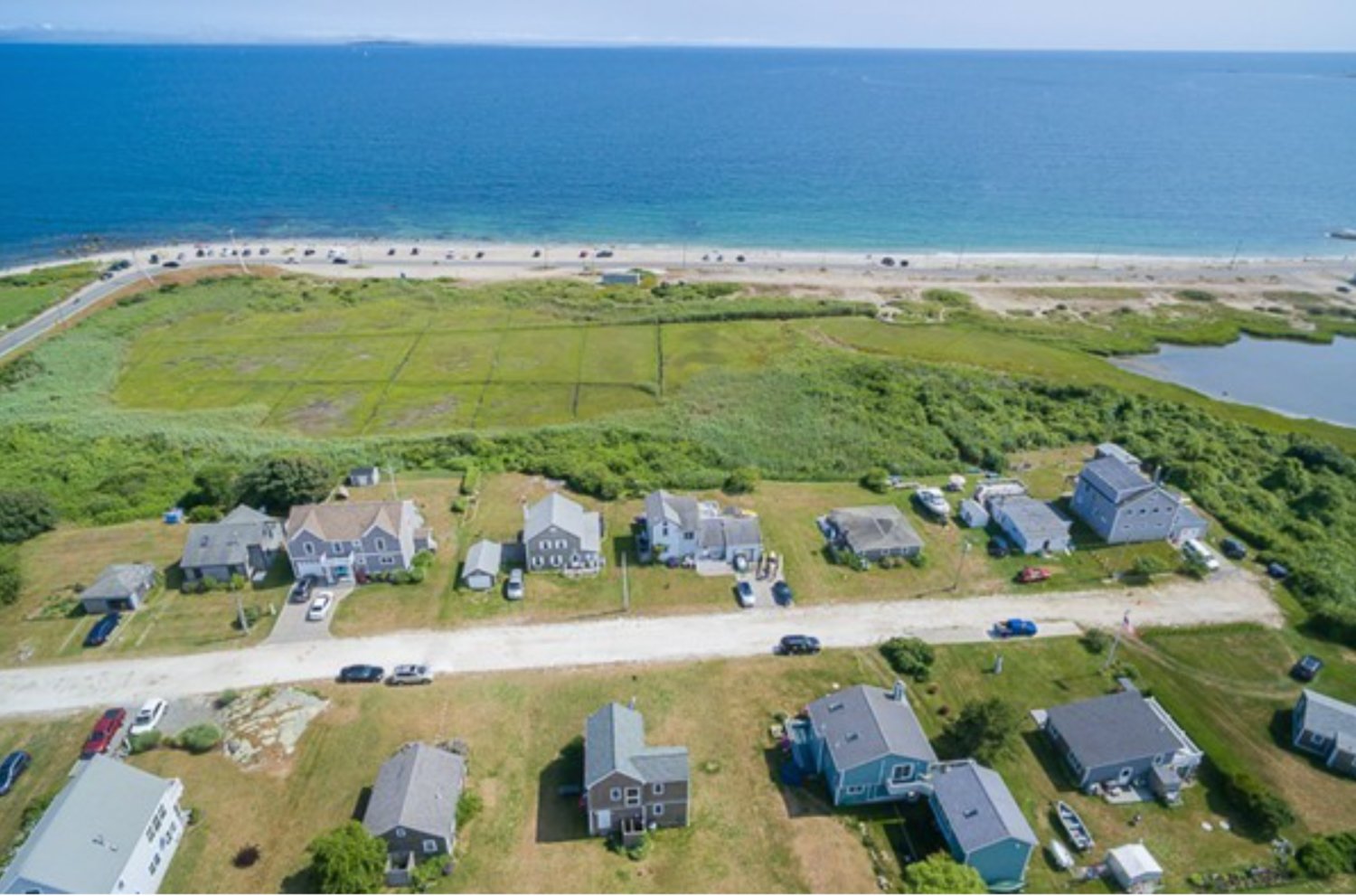 First Street is one of several in The Let area of lower Horseneck Road that would be the focus of a new grant proposal.
Posted Wednesday, January 26, 2022 1:16 pm
By Ted Hayes

Members of Westport's newly formed Climate Resilience Committee wasted no time during their first-ever meeting last Tuesday, spelling out what they want to accomplish, electing officers and voting to enter into an agreement with the Buzzards Bay Commission to study sewer systems and groundwater in The Let area, and what can be done to address them.

The committee was created last summer by the Westport Select Board, following up on a recommendation from the East Beach Corridor Vulnerability Study that concluded earlier that Spring. The committee has many charges, all centered on identifying and responding to the many ways that climate change will impact the Town of Westport over the next three decades — including sea level rise, beach erosion, coastal flooding, saltmarsh loss, a potential breach of The Let, and many other factors.

Made up of nearly a dozen and a half residents, the committee voted Tuesday to appoint planning board member John Bullard as chairman and Westport Select Board chairwoman Shana Shufelt as the committee's vice chair.

Apart from organizational matters and discussion on how often the committee should meet and tackle the many issues it faces, members got to the heart of the matter almost immediately, voting unanimously to work with the Buzzards Bay Coalition to seek a state grant to study The Let and its ground and wastewater issues.

The area in question is a group of 54 homes and the Bayside Restaurant at the end of Horseneck Road and First, Second and Third streets. Those homes were moved to the area after the state took Horseneck Beach back in the 1950s.

The area has fallen prey to failed septic systems, flooding, nitrogen runoff and other environmental issues that fall under the committee's charge.

Last year, the coalition and town received a grant from the state's Municipal Vulnerability Preparedness Program that helped draft a 30 percent design plan and rough cost estimates of a wastewater system for The Let.

Mark Rasmussen, the coalition's president and a member of the committee, said applying for and receiving a second grant this year would allow for a full, 100 percent design for the system, which the initial study indicated would cost about $2.5 million.

"The grant would just move this to full design," he said.

"The neighbors are very interested in having the project expanded ... to add stormwater flooding and treatment; to take a look at options like drinking water service, and then lastly to look at whether there's an opportunity (to install) any underground utilities" in the area.

"There's lots of infrastructure money coming" through the state MVP program, Rasmussen said. "This one wants to see a project which fits climate change goals holistically. And I actually don't know may other spots in Westport where you can frame the whole problem around climate change. So there's an opportunity here; MVP is uniquely suited for this neighborhood."

Since Westport is without a town planner, Rasmussen volunteered the coalition's services in drafting the grant proposal, the first part of which was due last Friday and which will be due in full in March.

Though members ultimately voted unanimously to approve working together to apply for the grant, at least one member said he wonders about the project's ultimate costs, and whether it is economically feasible.

"I understand The Let's a priority, but I just think basically that $2.5 million is a lot of money to be spending on private property," said Sean Leach, the chairman of the Beach Committee and a member of the climate resilience committee.

"I agree," said planning board chairman James Whitin, also a member of the climate group.

"But the possibility of getting a $2.5 million grant from (the state) to do this is a real possibility."

"The grant is not pursuing $2.5 million for construction," added Robert Daylor, a committee member and the vice chairman of the planning board. "This is to advance the design ... to really prove out these costs."

Following the committee's unanimous decision, the select board also voted unanimously later that day (with member Brian Valcourt absent) to support the grant request and cooperative agreement between the town and the coalition.

"If we could get a grant to come up with a 100 percent plan ... then we could apply for other grants to pay for ... much of the installation of this," select board member Richard Brewer said.

Members of the Climate Resilience Committee include:

* Vice chairwoman Shana Shufelt, chairwoman of the Westport Select Board