A week and a half after a Tiverton restaurant created a firestorm with an anti-semitic Facebook post that made light of the death of Anne Frank, a packed audience at the Tiverton Public Library … 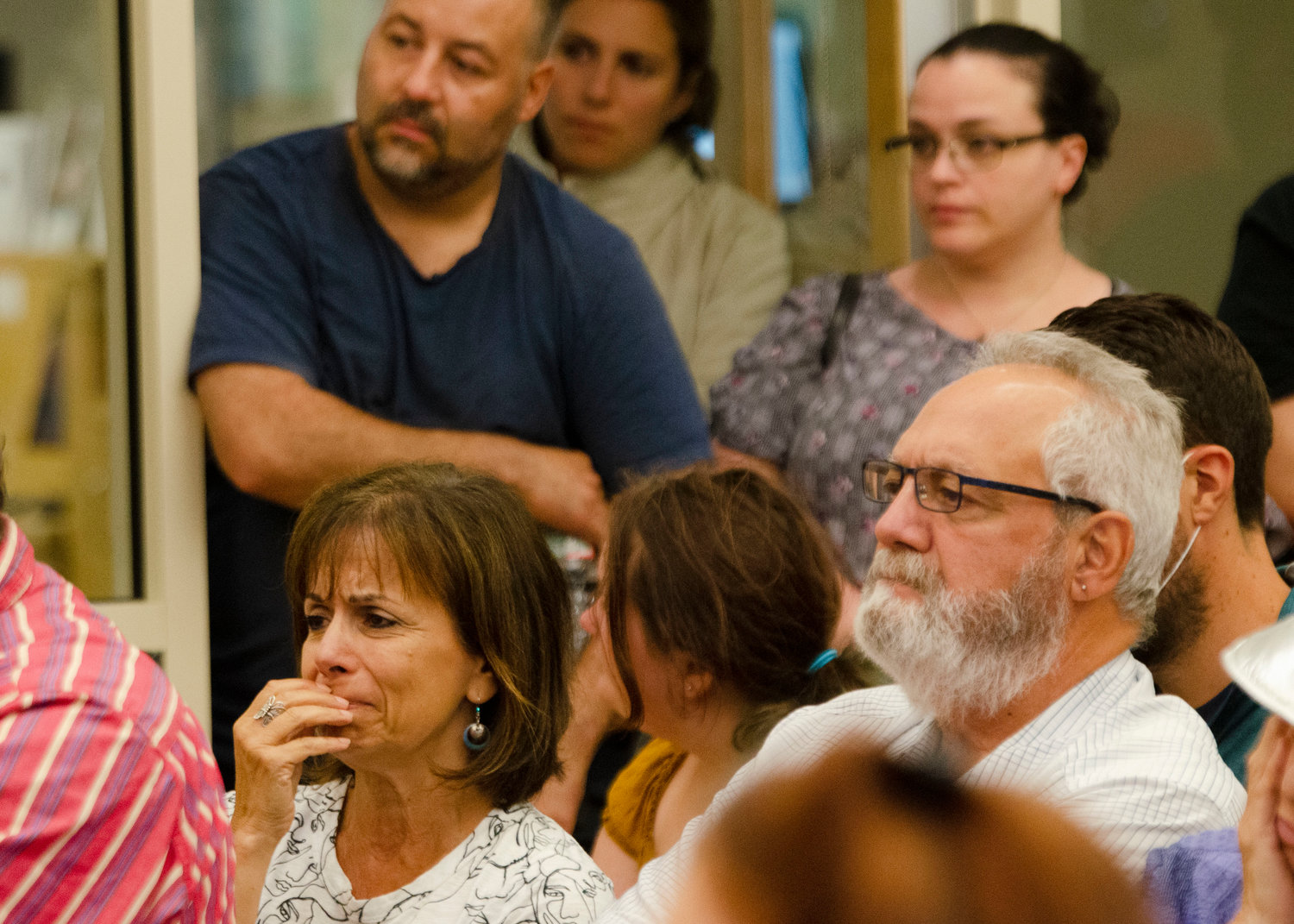 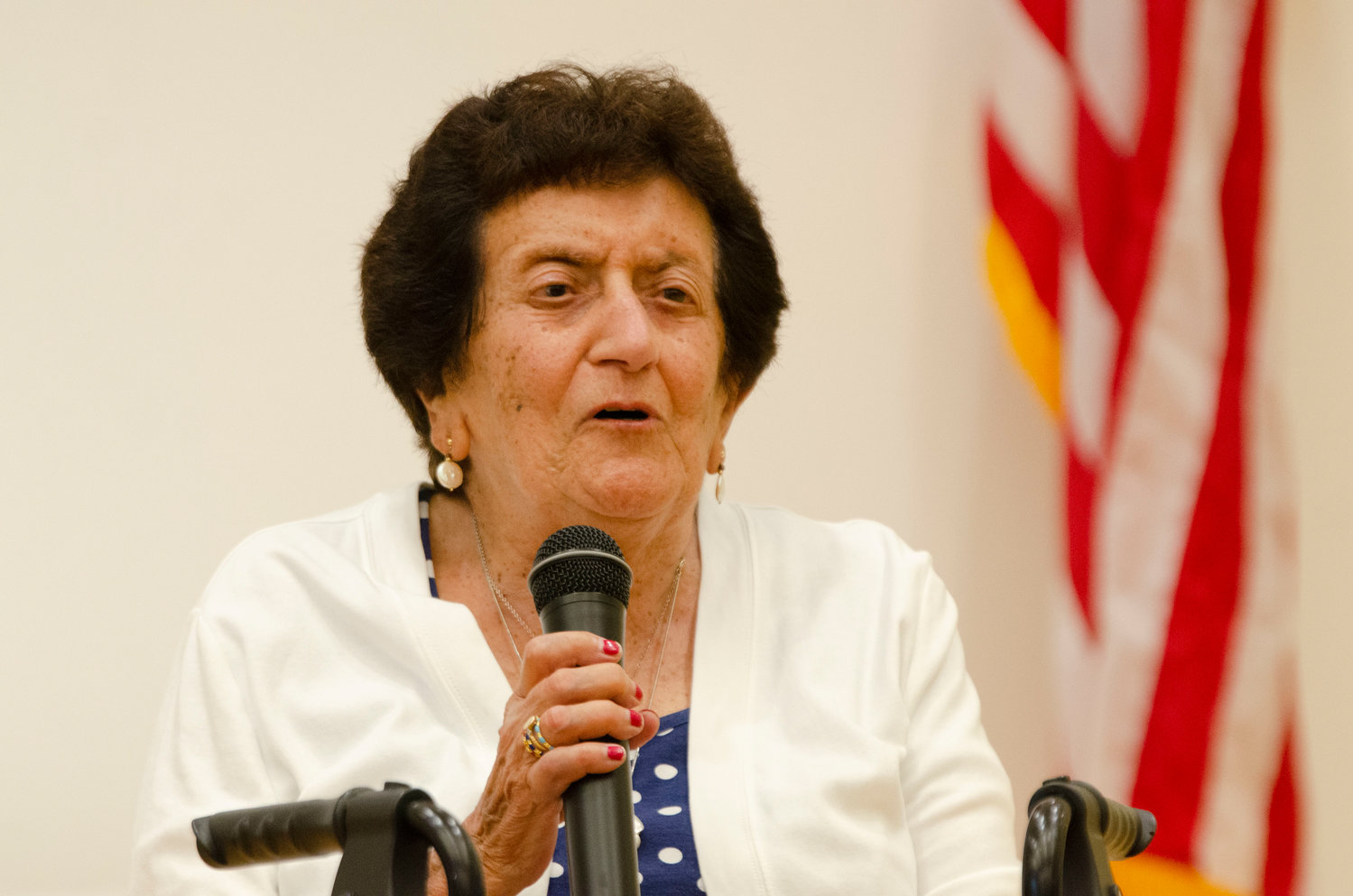 Alice Eichenbaum said that while the Tiverton incident was unfortunate, it 'brought ... people together.'
RICHARD W. DIONNE JR. 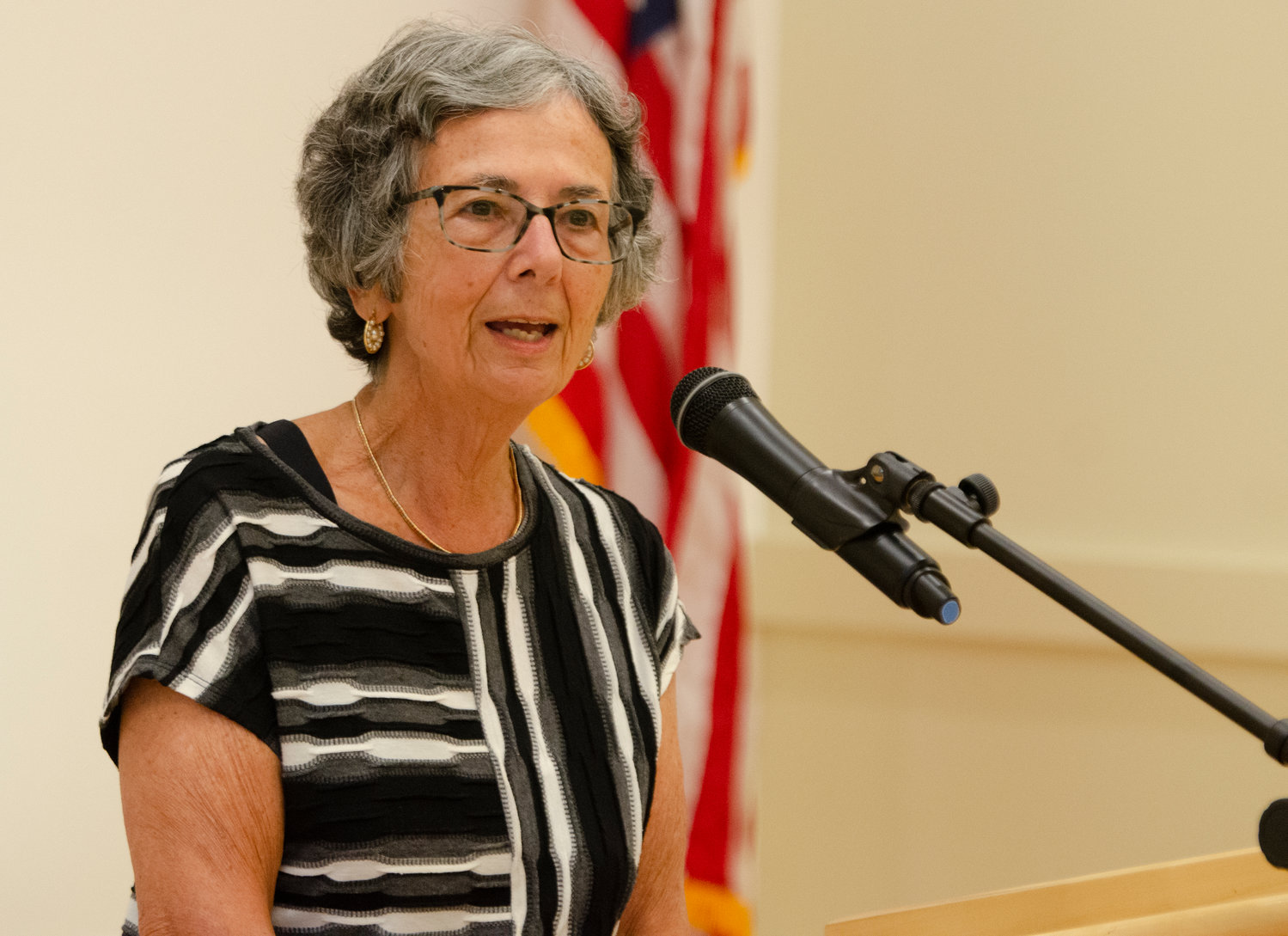 A week and a half after a Tiverton restaurant created a firestorm with an anti-semitic Facebook post that made light of the death of Anne Frank, a packed audience at the Tiverton Public Library listened intently Monday night as two women told their stories and spread a message of tolerance, acceptance and vigilance.

Featured guest speakers Lilliane Birch and Alice Eichenbaum recounted their stories and told audience members that while years may pass, it is difficult to remember the horrors they and their loved ones lived through.

Eichenbaum's now-late husband was just 14 years old when he was sent to the Auschwitz concentration camp, and Birch's parents also survived the notorious German camp.

“I wore the yellow star, I was deprived of school, nourishment, and freedom,” said Eichenbaum. “By sheer luck, (my husband) was liberated by the Soviet Army. By a twist of fate, he was spared from the oven. But he never forgot the screams of people and the yelling, the smoke from the chimneys, and the burning of human flesh.”

“When (my parents) finally arrived at Auschwitz, they were sorted into two lines — a line to live, and a line to die,” said Birch, who spoke on behalf of her mother, Anka Nachtigal, who was captured when she was 24 years old and sent to a concentration camp with her older sister and brother-in-law."

"My family was put in the line to die (but) as they were walking to the ovens ... there was a woman sitting at a table registering people and handing out the striped pajamas that the prisoners wore, and it turned out that she was a girl from my mother’s high school who had been bullied, and my mother had put an end to it, and had befriended her,” said Birch. Her mother "hadn’t seen her in about seven years, but when she walked by, this woman looked up and saw her, and said ‘Anka, is that you? You were the only person who was kind to me in high school, and I will not let you die.’”

Though she survived, Lilliane's mother was traumatized from the painful medical treatments she suffered while in the concentration camp. Through drugs and injections, her mother was one of the many women of child-bearing age used in an experimental process of sterilization, in hopes of eradicating the Jewish population. However, her story is one of resilience, and through the “work of a miracle,” Nachtigal was later able to conceive Lilliane.

The meeting was organized by Rep. John "Jay" Edwards and the Sandra Bornstein Holocaust Education Center in Providence. They called it late last week, a week after an employee of the Atlantic Sports Bar and Restaurant on Shove Street posted an anti-semitic meme and sparked widespread nationwide backlash. The restaurant apologized and has since deleted its Facebook page.

Edwards said Monday that while it is a difficult subject, it needed to be discussed in Tiverton given the recent events.

“Nobody should be making light of such a somber situation,” added Stacey Jaconski, who attended. “There is no room for distasteful jokes in regards to the holocaust, it’s disgusting.”

April Sjosten of Portsmouth, and her daughters, Ella, 14, and Lucy, 17, also attended. They were overwhelmed with emotions over the speakers' harrowing stories of survival.

“I think it’s important to teach my kids that it happened, and the horror of it all because we can continuously learn from history,” Sjosten said. “I just feel like for their generation, one day probably soon, there are not going to be a lot of holocaust survivors left to tell the story first-hand, so when my mom told me about the opportunity, I thought it was really important to come hear that for myself and to share that with my daughters as well.”

“I like the message of hope, and the message to continue to spread kindness and acceptance of everyone,” she added. “I teach that to my daughters, especially now with so much diversity and people figuring out who they are and what they want to be called, it doesn’t matter, as long as you accept that.”

After the survivors each spoke of their stories, there was a chance for questions from the audience, with one final question: “What more can we do?”

“The more that people talk about it and share the information, the better it is,” Tiverton Town Council president Deb DeMedeiros said. “It brings more knowledge to the situation, and it brings more sensitivity to a topic like this.”

“I thought [the event] was wonderful, but I wonder what will happen now,” said Eichenbaum. “I’m sure that the restaurant involved got a lot of publicity on one hand, maybe not good publicity, but on the other hand, he might have to close. It’ll be one way or the other, but impactful either way, because it brought all of these people together.”