Emma Goglia, a 13-year-old soccer standout from Bristol, was invited to train with the best of the best at a talent search put on by the U-15 Women’s Youth National Team. 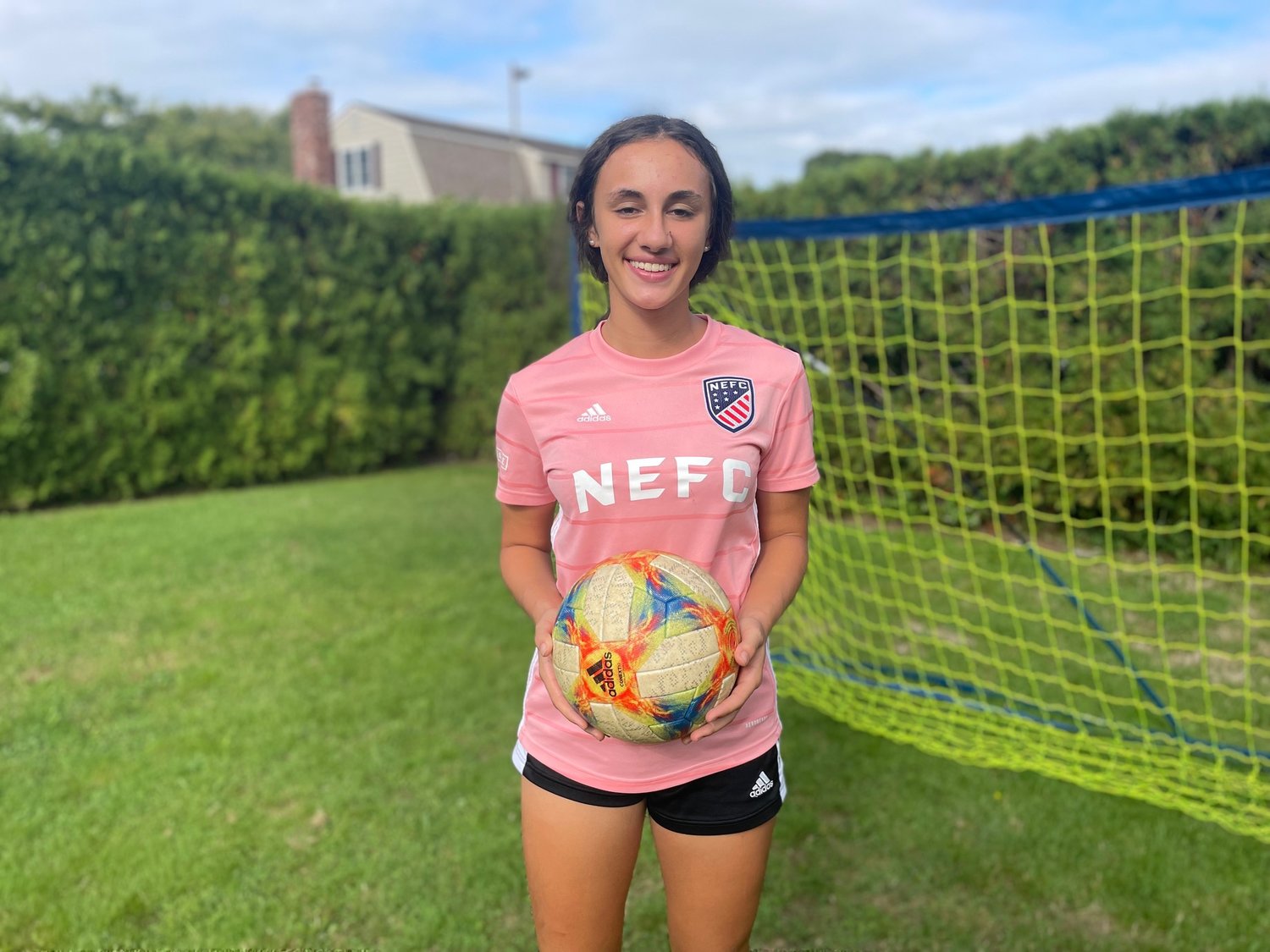 Bristol’s Emma Goglia is one of 60 U-15 players invited to a national talent camp
Posted Thursday, September 29, 2022 9:00 am
By Christy Nadalin

It’s been a busy month for Emma Goglia, 13, of Bristol. The first week of September, when her 8th grade classmates were settling into their new schedules at KMS, she was in Chula Vista, Calif. (near San Diego) for a rigorous week of soccer training, coaching and matches with her peers from across the country.

The camp was run by U.S. Soccer Director of Talent Identification Mirelle Van Rijbroek and U-15 Women’s Youth National Team head coach Katie Schoepfer, along with a lineup of elite coaches.

“It was a lot of fun,” said Emma, who has been playing soccer for about seven years — more than half her life. She started at the Bristol Youth Soccer Association’s recreational league, before going on to play in a premier league. Now she plays with the New England Futbol Club (NEFC) out of Mendon, Mass. The girls teams of the NEFC are part of the Girls Academy League, the leading youth development platform for the best female soccer players in the United States.

Three days a week after school Emma heads to Northborough, Mass. for practice with her teammates, who are from all over the region. “It’s a long ride, but you get used to it,” she said. When she’s not playing left back (defense) with NEFC, she’s a standout midfielder with the KMS team.

“It was really competitive, and it was really fun playing against all the top girls from all over,” Emma said of her week in Chula Vista. Players stayed at the Olympic Training Center in dormitory housing, where shared interests developed into friendships. The 60 invited players were divided into three teams that played against each other, and they were also housed together as teams.“I really liked where we were,” she said. “We could always hang out whenever we weren’t training.”

Now that camp is over and Emma is back home, she’s on pins and needles as she eagerly awaits the email letting her know if she made the cut of 23 who will be traveling to Orlando, Fla. for the next phase of Women’s National Team Development. She expects to know one way or the other within the next couple of weeks.

But even if she doesn’t advance this time, at 13, Emma has a lot of years of development opportunities ahead of her, as well as a bright outlook for college recruitment.

Despite occasionally missing school, Emma is a serious student who would like to be an anesthesiologist or a nurse anesthetist after or in lieu of a professional soccer career. Algebra is her favorite subject, and she’s grateful to friends and teachers who have helped her out with extra tutoring when her sports schedule has forced her to miss class.

It’s unclear what her schedule will look like if she is one of the 23 who gets the call to Orlando, but for now, between NEFC and KMS, it all adds up to about 7 hours of practice between her two teams, a manageable schedule that — most importantly for Emma — keeps her sport fun and something she’s happy to do every day.