EAST PROVIDENCE — Freshly out of bankruptcy proceedings and now wholly owned without any debt, the historic Agawam Hunt Club in Rumford is turning its attention to a fruitful partnership with a … 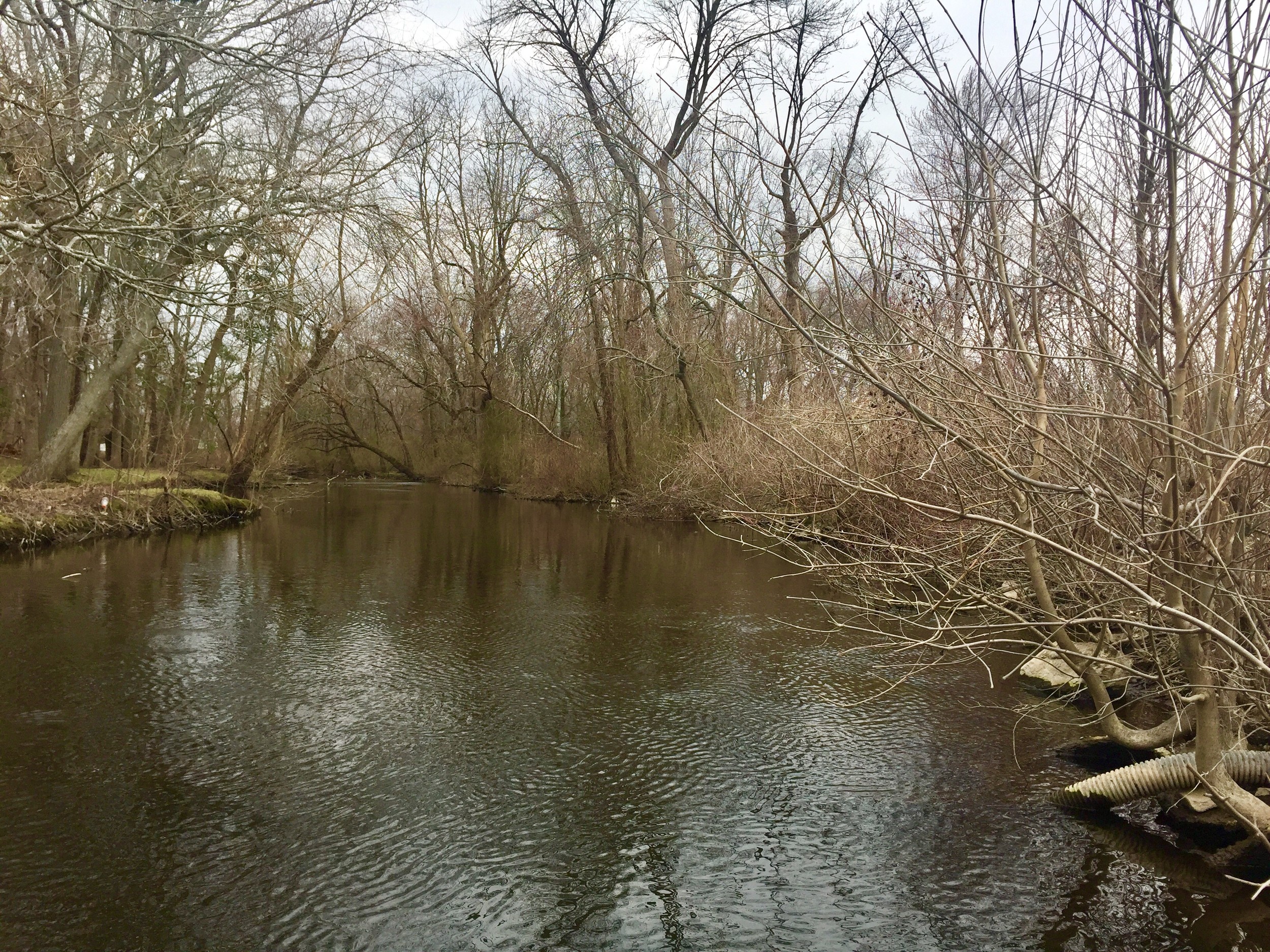 The Ten Mile River as it runs through the Agawam Hunt Club in Rumford. Preservation and access to the river was a key component in an agreement made between the club and The Nature Conservancy announced Monday, April 16.
Posted Monday, April 16, 2018 11:50 am
By Mike Rego

EAST PROVIDENCE — Freshly out of bankruptcy proceedings and now wholly owned without any debt, the historic Agawam Hunt Club in Rumford is turning its attention to a fruitful partnership with a local environmental organization.

The club, owned outright by New Agawam, LLC as of mid-March, has entered into an agreement with The Nature Conservancy, a non-profit headquartered in Arlington, Virginia with a local office in Providence. The move, according to the club, is intended to improve the membership experience while being a considered steward of its land and the surrounding area.

The Nature Conservancy recently purchased a conservation easement on 82 acres of open space at Agawam Hunt for $2 million. No public funds were used to conserve the property. As part of the agreement, the Conservancy also has the option to purchase a second conservation easement on an additional 40 acres of the Club’s golf course, contingent on additional private fundraising.

According to Tim Mooney, Marketing and Communications Manager for the Conservancy, the Agawam Hunt effort is the first major project for TNC’s “Cities” program in Rhode Island, the aims of which include prevention of flooding and improved water quality among other aspects.

“The club was in bankruptcy and there was a real threat of 100 or so homes being built on the property,” Mr. Mooney said. “Instead, we preserved one of the largest green spaces in metro Providence, with an opportunity to do more.​“

The partnership with The Nature Conservancy played a pivotal role in the club’s emergence from Chapter 11. The deal, according to the club, calls for Agawam Hunt 18-hole layout to be maintained according Audubon International Green Golf Course standards, “with an eye toward minimizing impacts on the Ten Mile River.”

Termed a “unique arrangement,” the partnership with The Nature Conservancy also ensures the main portion of the course, colloquially referred as the “Inside 11,” will remain open space in perpetuity.

“We raised the funds from club members and secured significant public access for the community as part of the negotiations,” said Mr. Mooney. “If Agawam ever ceases to be a golf course, TNC would have an opportunity to acquire it and turn it into a park.”

In a letter to members, club officials wrote, “The Nature Conservancy Partnership is one of many aspects where the Agawam Hunt is making a commitment to greener and cleaner operations for the betterment of the underlying land, the sensitive Ten Mile River and its native fish, our current and future members, and neighbors in the East Providence area.”

The commitment to the protocols of the Audubon International Green Golf Course standards is of particular interest and import to the club, considering its proximity to the Ten Mile.

According to organization literature, Audubon International has worked with more than 3,000 golf courses in 30 nations on its standards for its “green” programs, including the conservation of water, reduction of chemical use and the improvement of surrounding wildlife habitat.

Courses and the superintendents of them have implemented a host of initiatives based on the green standards.

A particular focus is on water conservation, a matter that not only is environmentally friendly but cost effective for courses. Some superintendents have built lift stations for use in transferring standing water from fairways to other areas of the course.

Another green element is replacing so-called “invasive” plants with native species. Another includes allowing grass to grow longer to help create buffer zones around water hazards to avoid chemical runoff into ponds, which has the added benefit of creating habitats for fish, birds, butterflies and other wildlife. Still one more is to stop mowing altogether areas of the course to restore pastoral habitats.

To control mosquito infestation naturally, one superintendent involved in the program built boxes to attract bats and birds. Others have constructed working bee hives and planted native wildflowers to encourage pollination by bees and butterflies.

Of particular interest to both the Conservancy and the city, the completion of the first phase of the Agawam Hunt conservation project eliminates the potential for the construction of up to 68 new homes on the property. In addition, with more than a half-mile of frontage on the Ten Mile River, the protection of the property helps safeguard a $7.7 million investment in fish passage by the U.S. Army Corps of Engineers, R.I. Department of Environmental Management, Save The Bay, the City of East Providence, and the Ten Mile River Watershed Council. In 2015, the aforementioned partners completed a decade-long effort to build fish ladders at three dams on the Ten Mile River, at Omega Pond, Hunts Mill and Turner Reservoir, opening 7.5 miles of stream habitat to river herring and American shad.

Of note as well, the conservation easement provides for a number of important community benefits: construction of a new public walking trail on underutilized club land near the Ten Mile River (open year-round, dawn to dusk); up to 5 guided nature walks per year to be led by The Nature Conservancy; and community access to the club’s golf course for East Providence residents on four dates per year.