Another transplanting season in books for Westport's 'Money Clam'

Some time next week, Chris Leonard and his crew of volunteer helpers will dump the last of this year's quahogs in the Westport River, continuing a propagation program that over the years has kept the …

Another transplanting season in books for Westport's 'Money Clam' 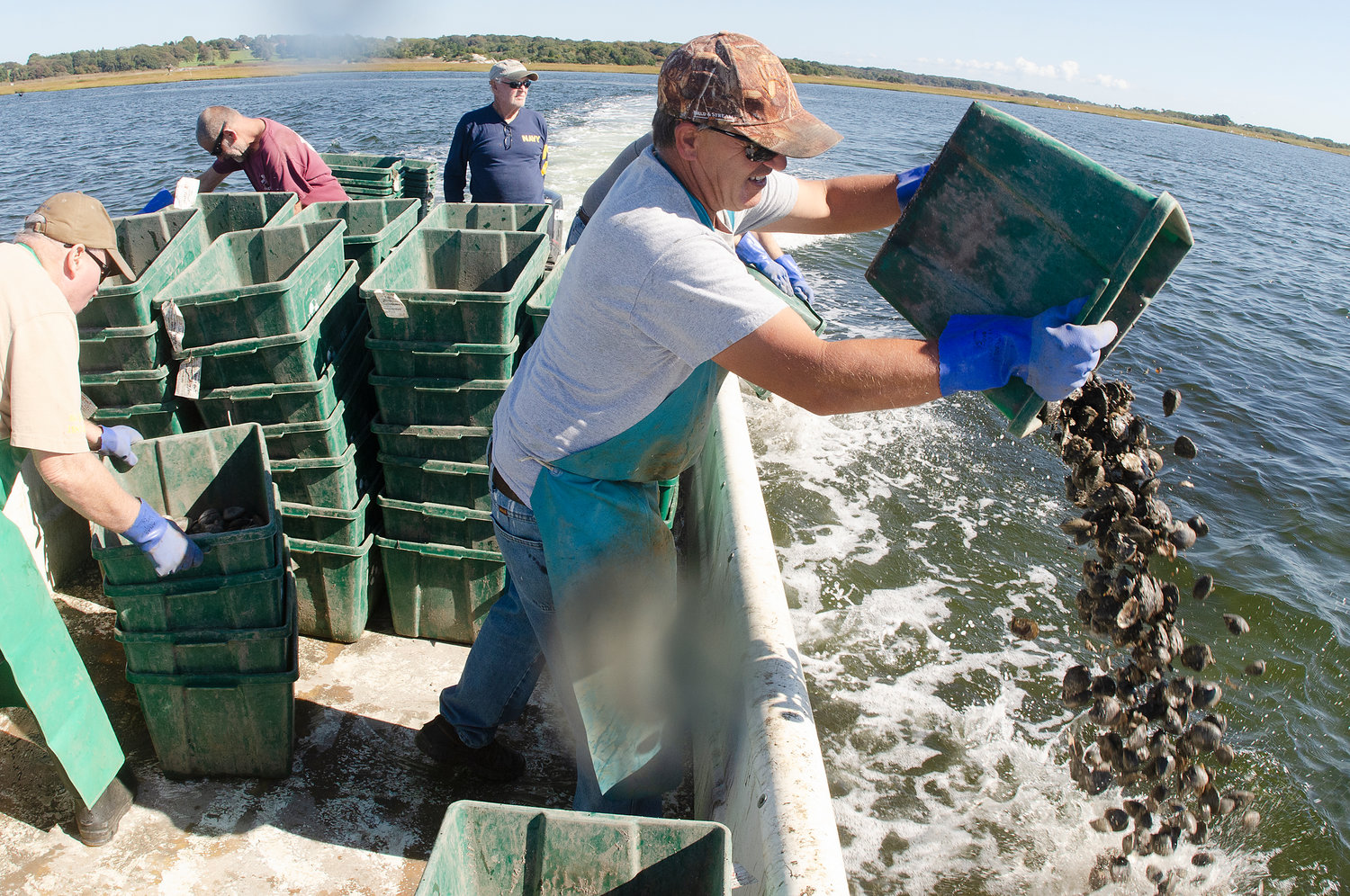 Westport fisherman Paul Leuvelink (right) dumps a half bushel of quahogs into the East Branch of the Westport River Friday afternoon. In all, he and other helpers deposited 71 bushels of necks.
RICHARD W. DIONNE JR. 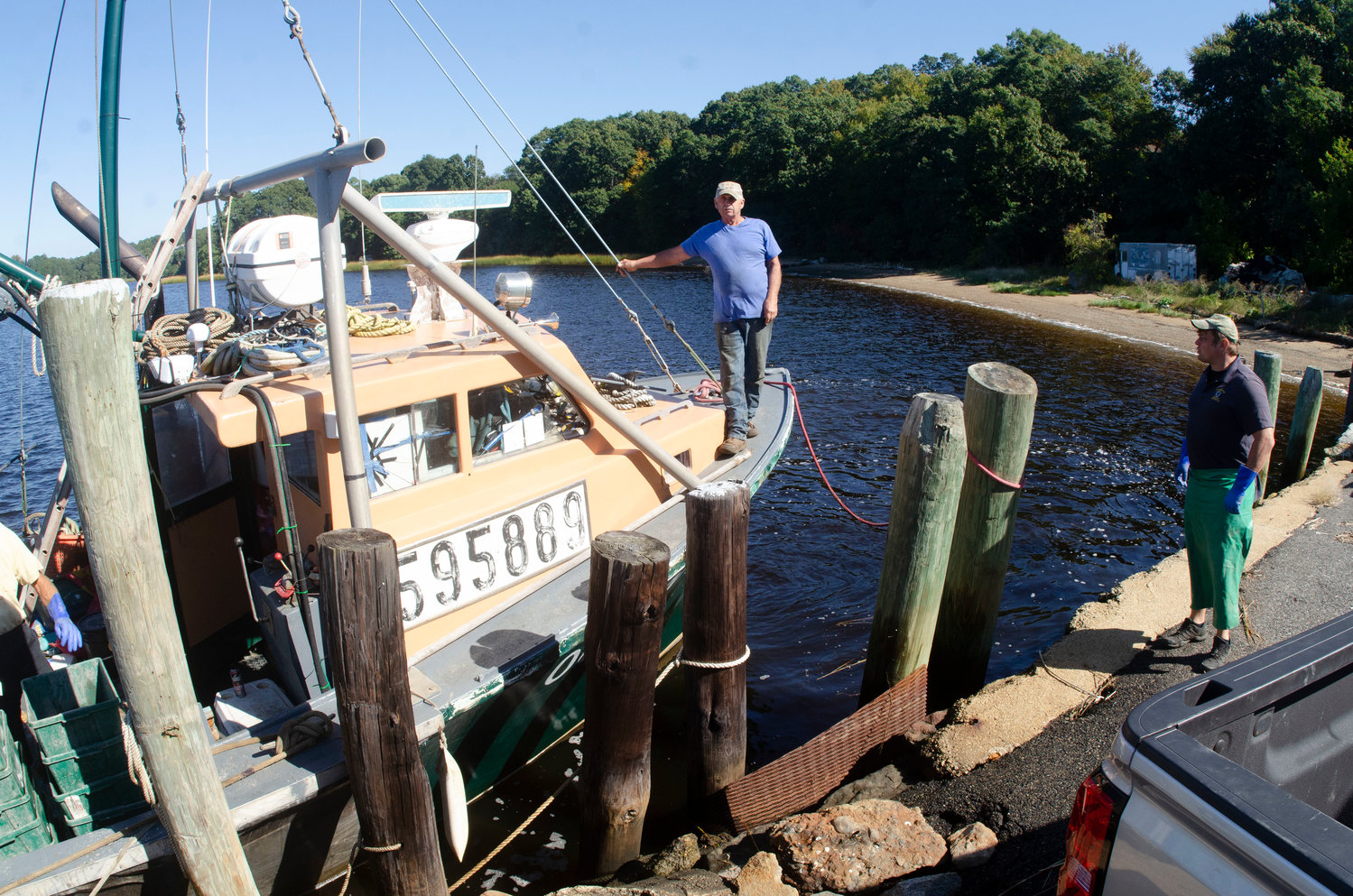 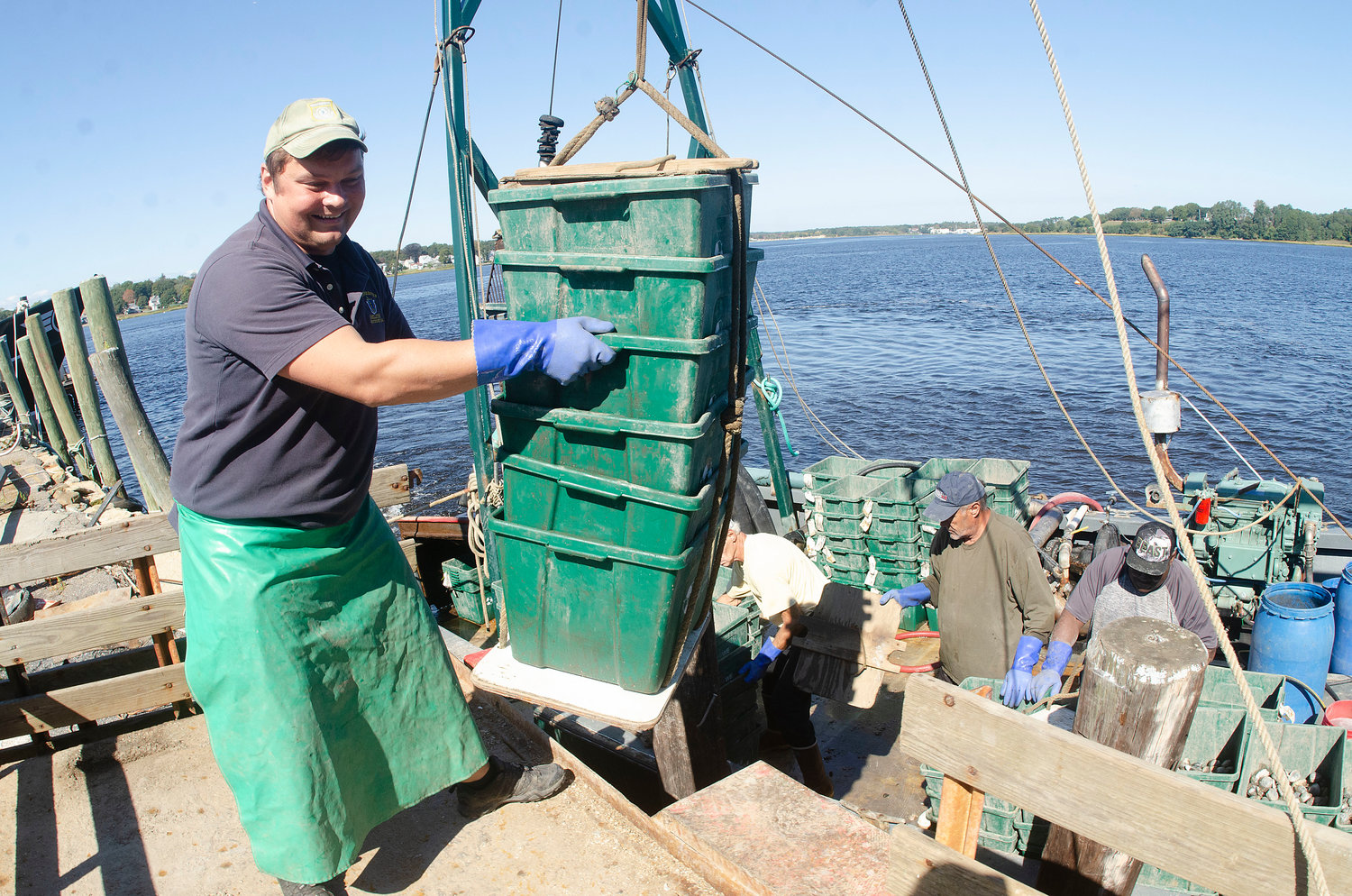 Chris Leonard, Westport's Director of Marine Services, loads containers of quahogs onto a trailer in Fall River early Friday afternoon. They were brought in by the dredger Ocean Rancher and unloaded at Ark Bait.
RICHARD W. DIONNE JR. 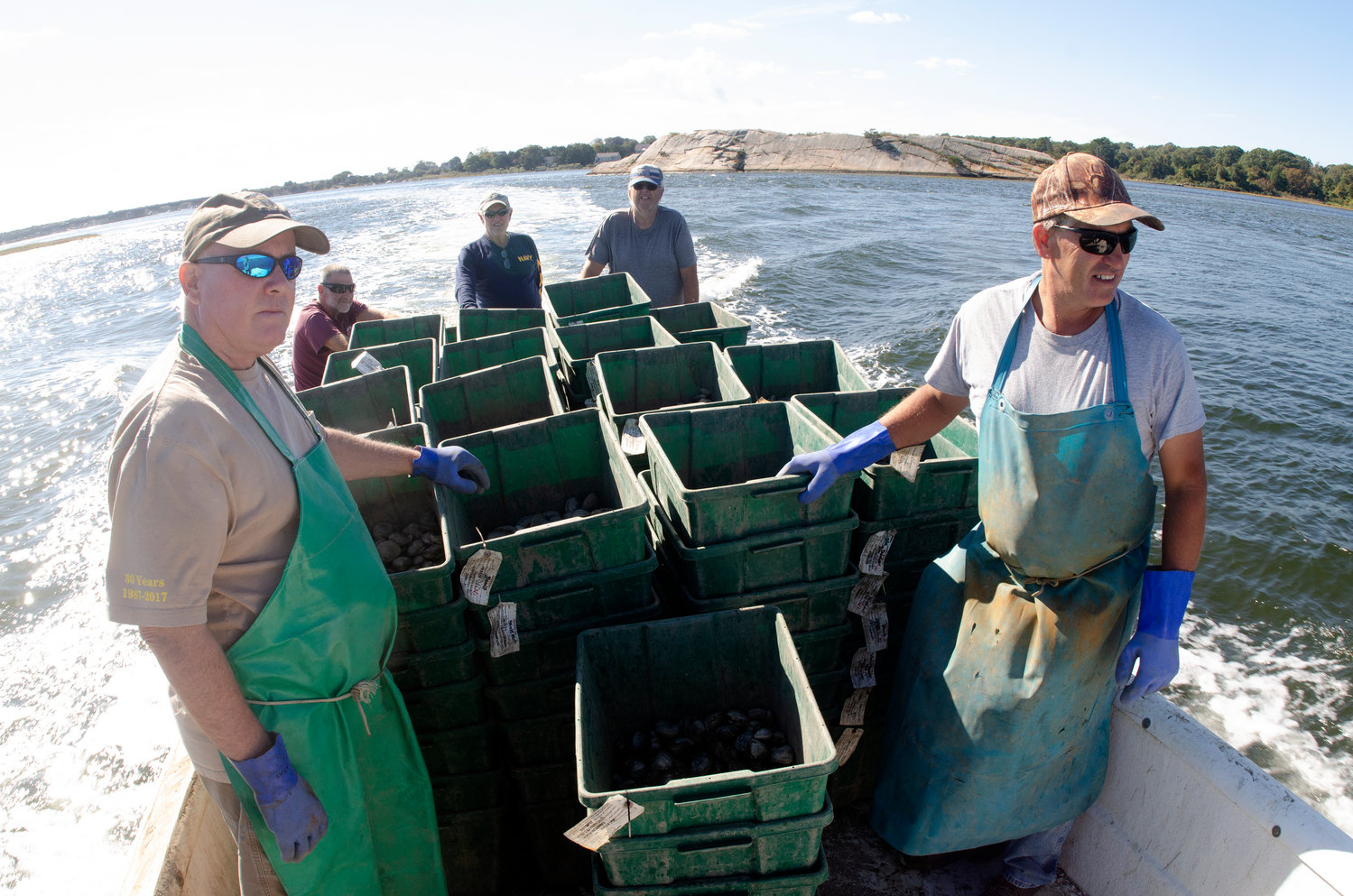 Some time next week, Chris Leonard and his crew of volunteer helpers will dump the last of this year's quahogs in the Westport River, continuing a propagation program that over the years has kept the river full of life, and quahoggers and recreational fishermen with plenty to dig.

When they're done with the last load, about 4,200 bushels will have been seeded across the river since Spring — that's 168 tons.

Leonard is the director of marine services for Westport and also administers the propagation program. It's far from a one-man show, he said.

"I wouldn't be able to do it if it wasn't for the help of the community," he said Friday. "When I pick up a load, I text everybody. They'll get the boat ready and we go through them. It's a pretty slick setup ... if you didn't have the finesse of the loading and unloading, you could really wear your back out."

It's little surprise there's no shortage of help when it comes time to do heavy lifting. The propagation program is one of the town's longest-running and successful aquaculture initiatives.

Funded by grants from the Manton Foundation and donations — Sunday's Shellstock concert at the Westport Fairgrounds is a big one — the program brings a steady supply of little-neck size quahogs in from the Taunton River, where Leonard purchases them from a dredger out of Ark Bait in Fall River.

His contract with the dredger requires that 70 percent of the product be of neck size — "that's the money clam."

Once trucked from Fall River to Westport and loaded aboard the harbormaster's 24-foot Carolina Skiff, the clams are scattered far and wide, where Leonard and his helpers know they'll find a good bottom. Locations vary, but the idea is to spread them where they'll grow and where they're needed.

Leonard said he's proud to be part of a project, and that it that places no financial burden on the town. Apart from the current $100,000 given each year under a five-year grant from the Manton Foundation, donations also support the effort. All of the money that comes in is used to buy quahogs — and oysters and bay scallops, which are also transplanted in lower numbers under the program.

"It doesn't pay for salaries. It doesn't pay for equipment and gas," he said. "It puts people to work, it cleans the water in the river, and it also gives people the opportunity to go out and have quahog therapy. It's just you and your rake out there."

With the water cooling, Leonard said he will probably make the last of his daily trips to Fall River by Tuesday, Oct. 19. Seeding will resume in April.

"We won't do (seeding) activities when the water's below 45 degrees. The quahogs won't dig in and they'll sit on the surface and die."

It's a fine balancing act, he said, keeping track of where transplants have done well, where they haven't, where bottom and tidal conditions are right and where they're not ideal.

"You have to be smart about where you're putting the stuff," he said. "There's a lot of money on the line and people depend on it for their income."

That same balancing act holds true when it comes time to open areas to fishing.

"We do find the same sort of balancing act when we open up areas for townspeople to go and fish these spots," Leonard said. "We don't want to flood the market. And we also try to open areas when we know the price is going to be good; Christmas is a really good time."

Pro tip, he said: Halfmoon Flat is opening for Christmas.