Suspect is a 15-year-old Connecticut resident

Police have recovered one of the vehicles stolen in town last week.

Suspect is a 15-year-old Connecticut resident 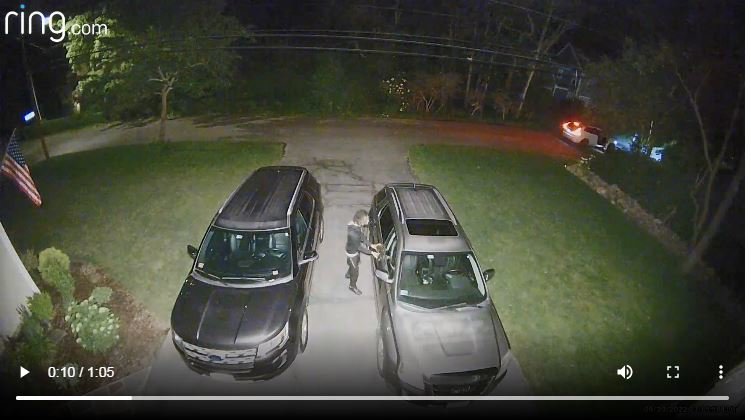 A suspect checks out a vehicle parked outside a Barrington home at about 3:15 a.m. on Monday, June 20. Police said two vehicles were stolen from residents' driveways on Governor Bradford Drive and Chapin Road.
Posted Wednesday, June 29, 2022 10:20 am

Police have recovered one of the vehicles stolen in town last week.

Barrington Police received a call over the weekend from the New Haven Police Department. Detectives there told Barrington Police that they had apprehended an individual who was in possession of articles that had belonged to a Barrington resident; the suspect was connected to the vehicle thefts in Barrington last week.

On June 22, police in New Haven located the Kia Telluride. Barrington Police Chief Michael Correia said the suspect was a 15-year-old Connecticut resident who has a lengthy criminal history. The suspect was also found to be in possession of two firearms during the arrest.