I ran for a public office..as an independent. And lost.

Everybody thinks of victory, like vengeance, as sweet. A car that doesn't work well is called a lemon. If you don't reap a reward, you call … 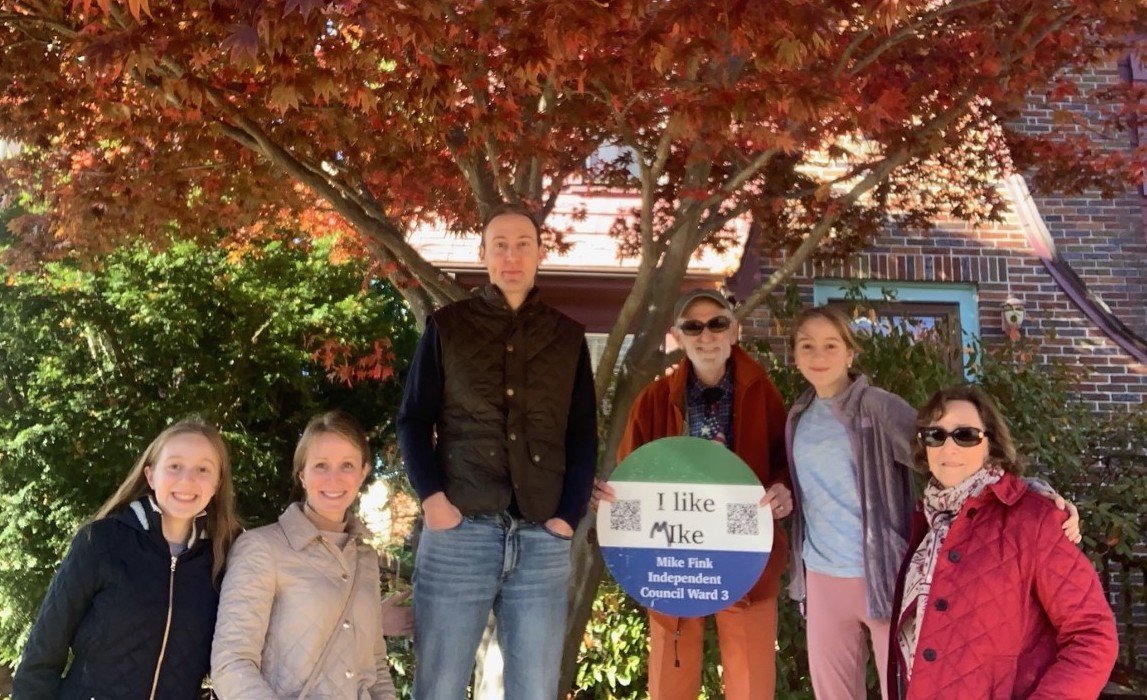 I ran for a public office..as an independent. And lost.

Everybody thinks of victory, like vengeance, as sweet. A car that doesn't work well is called a lemon. If you don't reap a reward, you call your bitter response sour grapes, like the fox in the Aesop fable. And yet I have a slightly different take on losing. Poets and painters seek to avoid easy wins and quick answers to life's questions.

At least this is what I am pondering in the wake of my journey along the river of local politics.

A former student designed my signs, that revive the Eisenhower pin "I like Ike." My friend Gib varied the slogan by adding an M: thus "I like Mike" in a circular design we stuck on the front lawns here and there. Some of 'em got stolen..or simply blew away among the autumn wind-storms. My wife made me rescue the remaining ones for a humiliating history.

I once had an alum who made pins like the political badges of losing candidates currently in fashion among the shelves of junk or antique shoppes. The one I am referring to was among the oddball things I say in class, and the winner was "I don't admire success. I admire noble failure."

I still have and like it, but at RISD our students either can't spell or don't bother to edit their first draft, in "English" classes. So this painting major spelled noble wrong. It came out "Nobel" which of course ruined the concept.

Except no, it added a nonsense quality that sums up my philosophy absurdly, even existentially. Figure it out for yourself, if you care to. In any case, win or lose, doesn't much matter, smile at the ironies of life, every day.

While I was campaigning, I wore my most colorful shoes, caps, pins, neckties, and my outfits did attract admiring attention. I guess I learned during my "existential" era in the Paris of the mid-50s how to choose what side to be on. I tossed my hat in the ring as an Independent.

I define myself at dawn by seeking in my closet what color to put on to suit the mood of the moment. I am what I wear. I even volunteered to pose for the upcoming fashion show, but so far nobody has chosen me. Just like the voters in my ward. My ward-like my wardrobe-led to the victory of loss. But my wife's support and efforts and my grand-daughters enthusiasm more than made up for the polls, so there!

In my boyhood I believed that the entire country, even the cosmos, lay just over the bridges to East Providence.

My ambition to join the statues of American heroes who fought for freedom along Taunton Avenue has never faded altogether, just postponed until next time I try.

— Fink has been a professor of film studies at Rhode Island School of Design since 1958. His commentaries, which often link to his life-long association with the East Bay area and East Providence in particular, appear regularly in The Post.