Though it's a costlier option than others, engineer hired by town said it is safest option

Engineers hired to study improved traffic control at the intersection of Route 177, Robert Street and Tickle Road believe a roundabout remains the best option for reducing accidents at the site, …

Though it's a costlier option than others, engineer hired by town said it is safest option 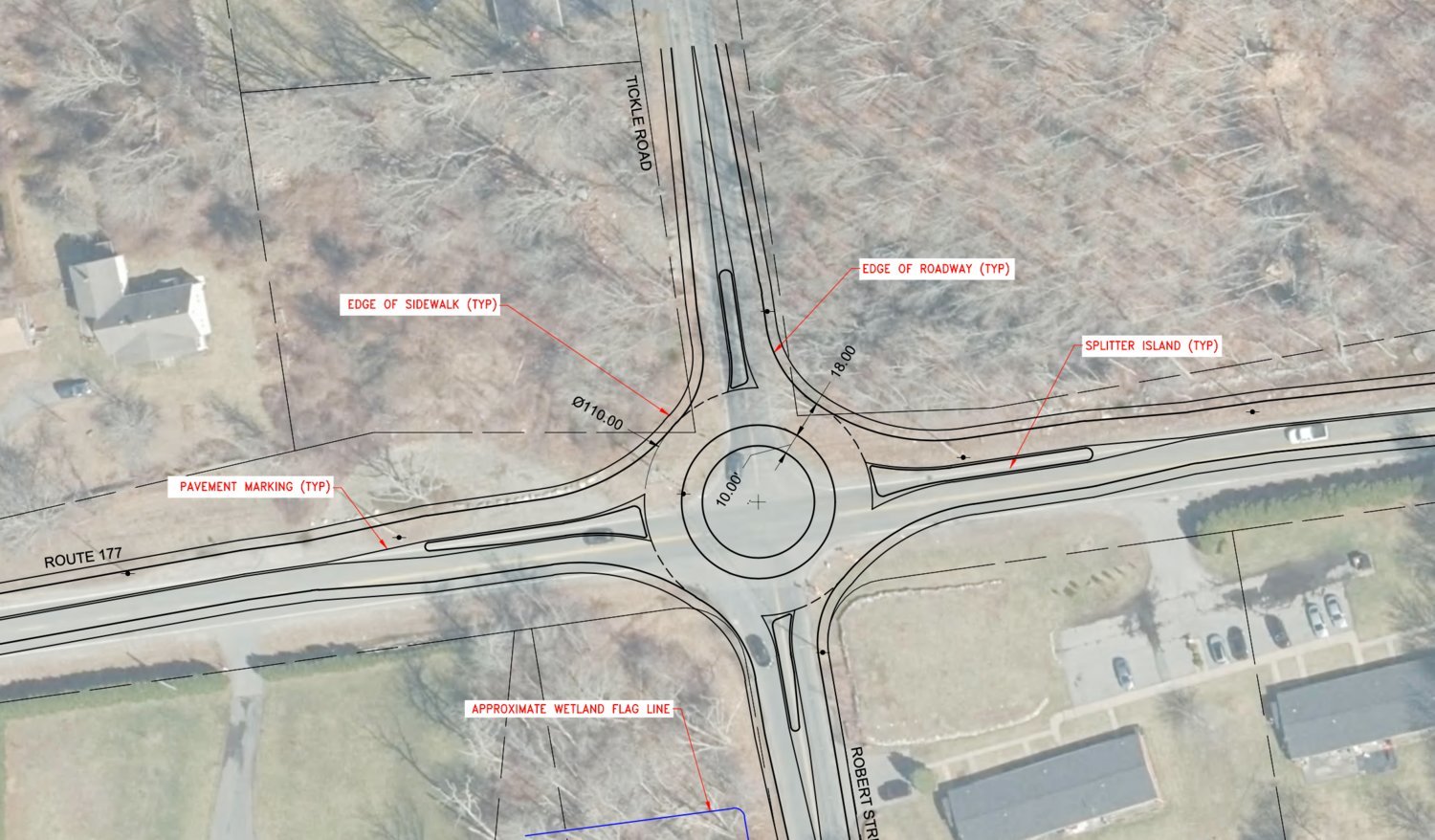 An architectural rendering of the proposed roundabout on Route 177.
TOWN OF WESTPORT
Posted Friday, May 27, 2022 2:22 pm
By Ted Hayes

Engineers hired to study improved traffic control at the intersection of Route 177, Robert Street and Tickle Road believe a roundabout remains the best option for reducing accidents at the site, which claimed a life as recently as 2019.

The Town of Westport had retained Pare Corporation to study the area, after working with the state on to develop safer traffic signaling. In a letter to the state earlier this month, Pare engineer James Danila wrote that having reviewed the area and studied four possible traffic calming solutions, "the roundabout is best able to reduce the number of crashes resulting in a fatality or injury, which is the focal point of the design."

The roundabout would cost roughly $2 million.

State officials have gone back and forth on whether a roundabout should be built at the intersection. Late last year, Pare said the $2 million roundabout was one possible solution that, according to Pare engineer Keith McConnell, was also preferred by the state. But in February, state officials notified the town that they were taking a look at alternative plans. The news was not greeted warmly when it was discussed by the Board of Selectmen in February.

"I feel they had a great design and the reasoning for that design was exactly spot on," board member Brian Valcourt said. "It will force you to slow down and deal with that intersection."

"Now, he said, some drivers blow past the intersection at speeds of 80 miles per hour or more. If the state opts for lights and signs instead of a physical re-design that forces to slow drivers down, "people are still going to blow through" the intersection.

Though the project is not currently on the state TIP, a transportation improvement plan that lists projects to be funded in the near future, McConnell told the board back in November that he estimates that public hearings and state deadlines and steps will consume nearly three years, until the project can be advertised in March 2024.

The state has said it will pay for construction if the town pays design costs.