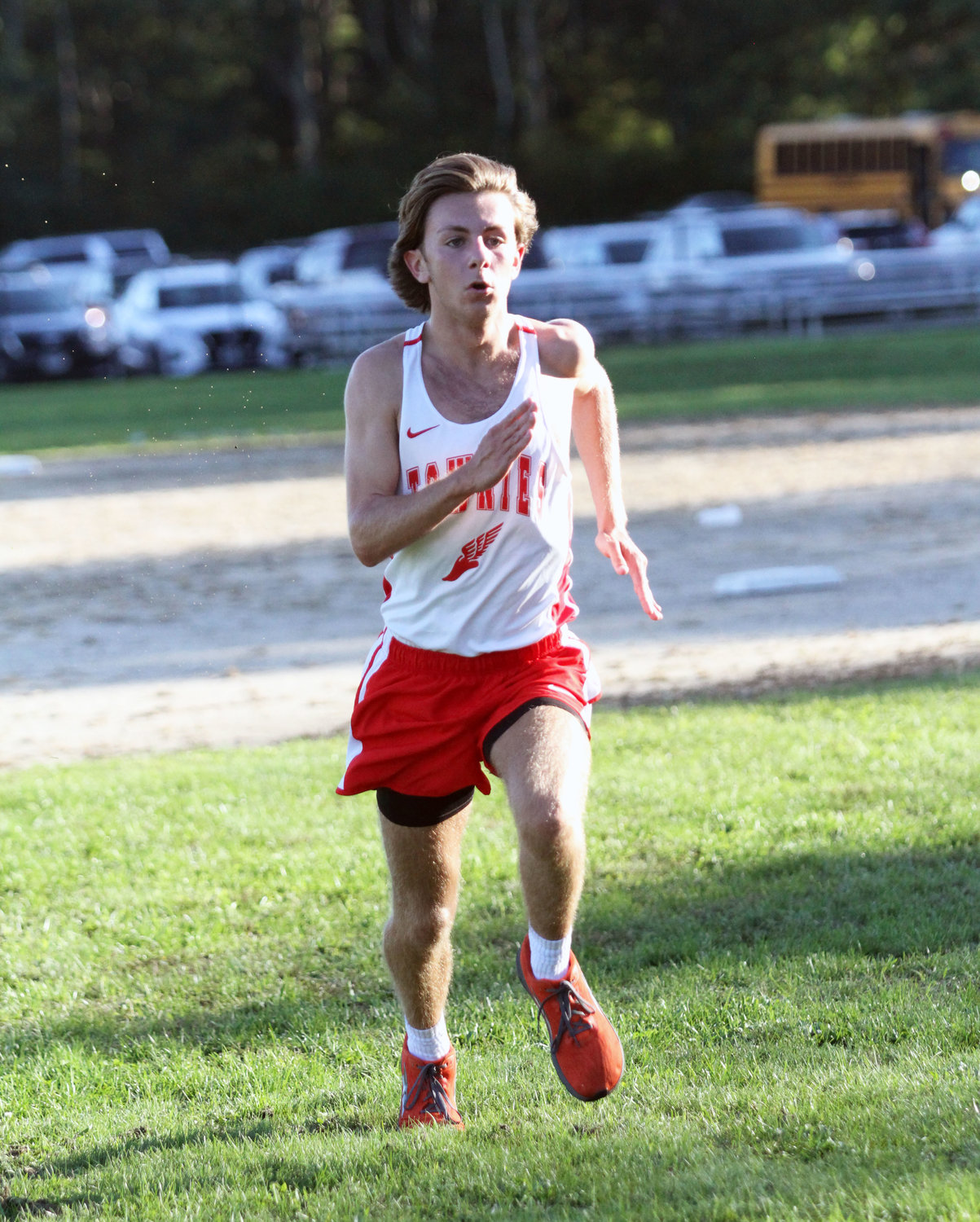 Tyler Robinson nears the finish line as the top runner for the EPHS boys' cross country squad in the Townies' recent meet at Tiverton.
Photos by Tyler Maxwell 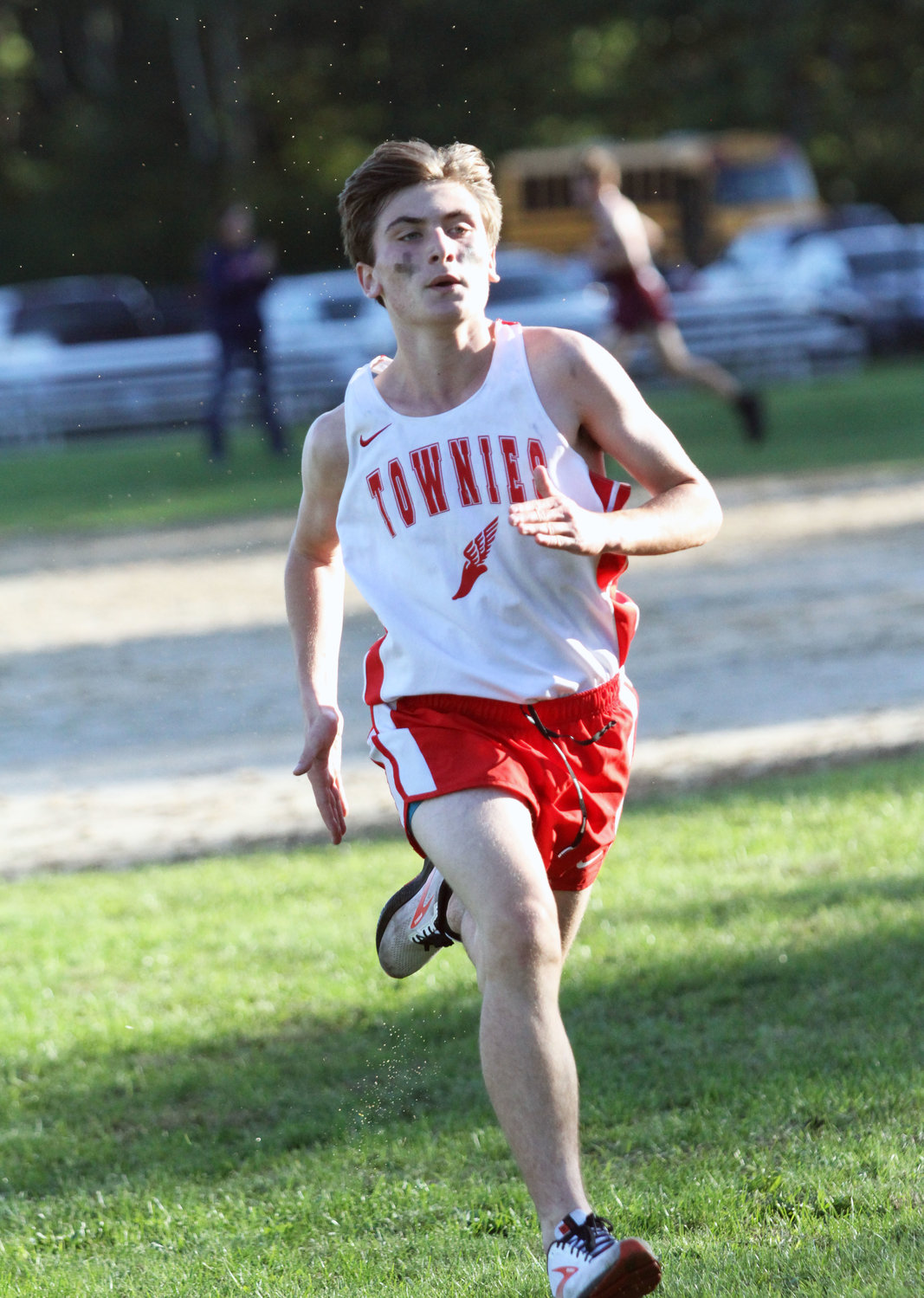 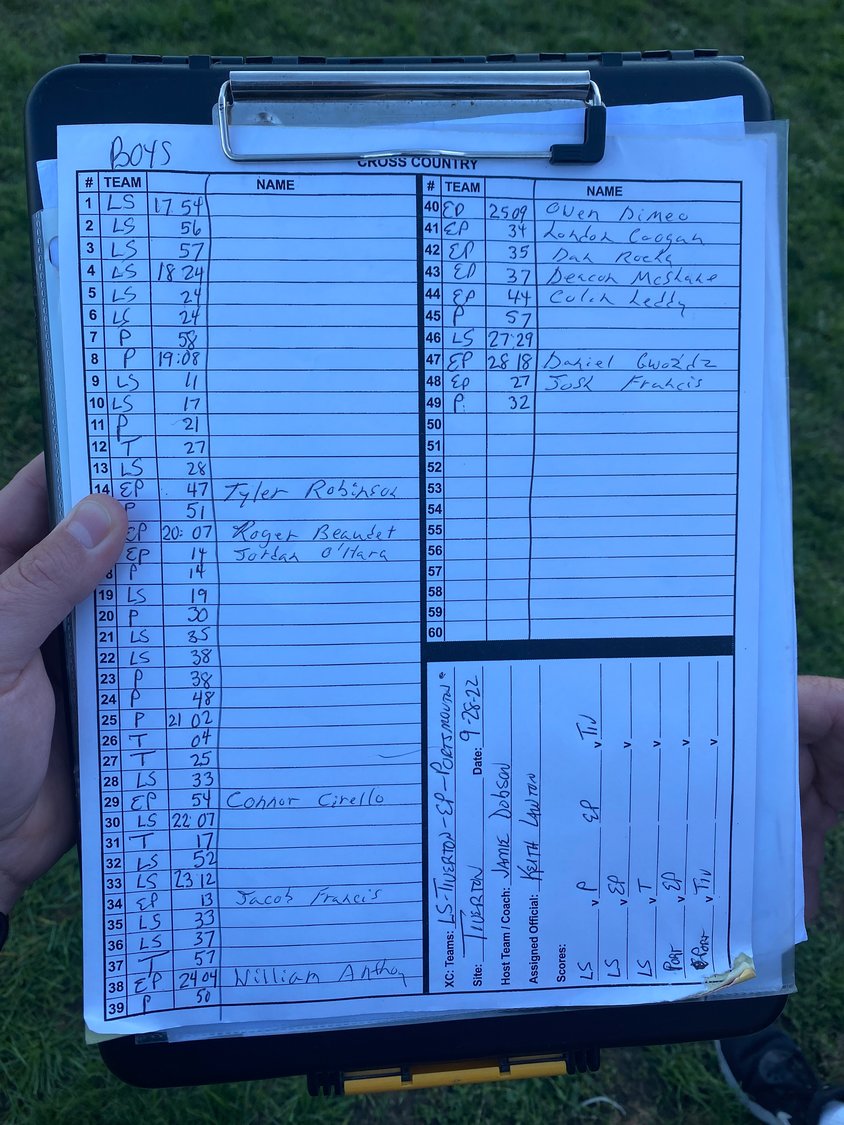 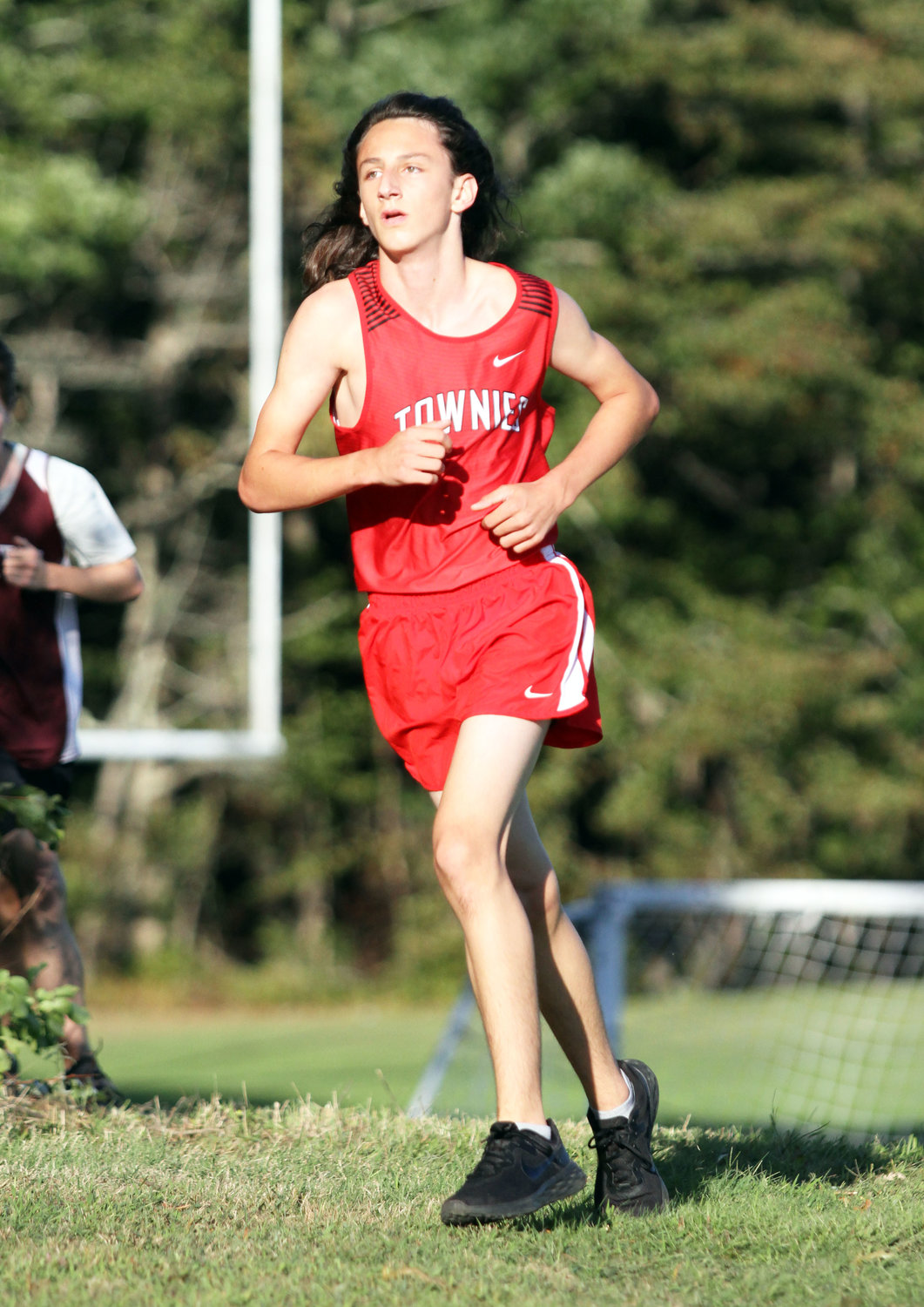 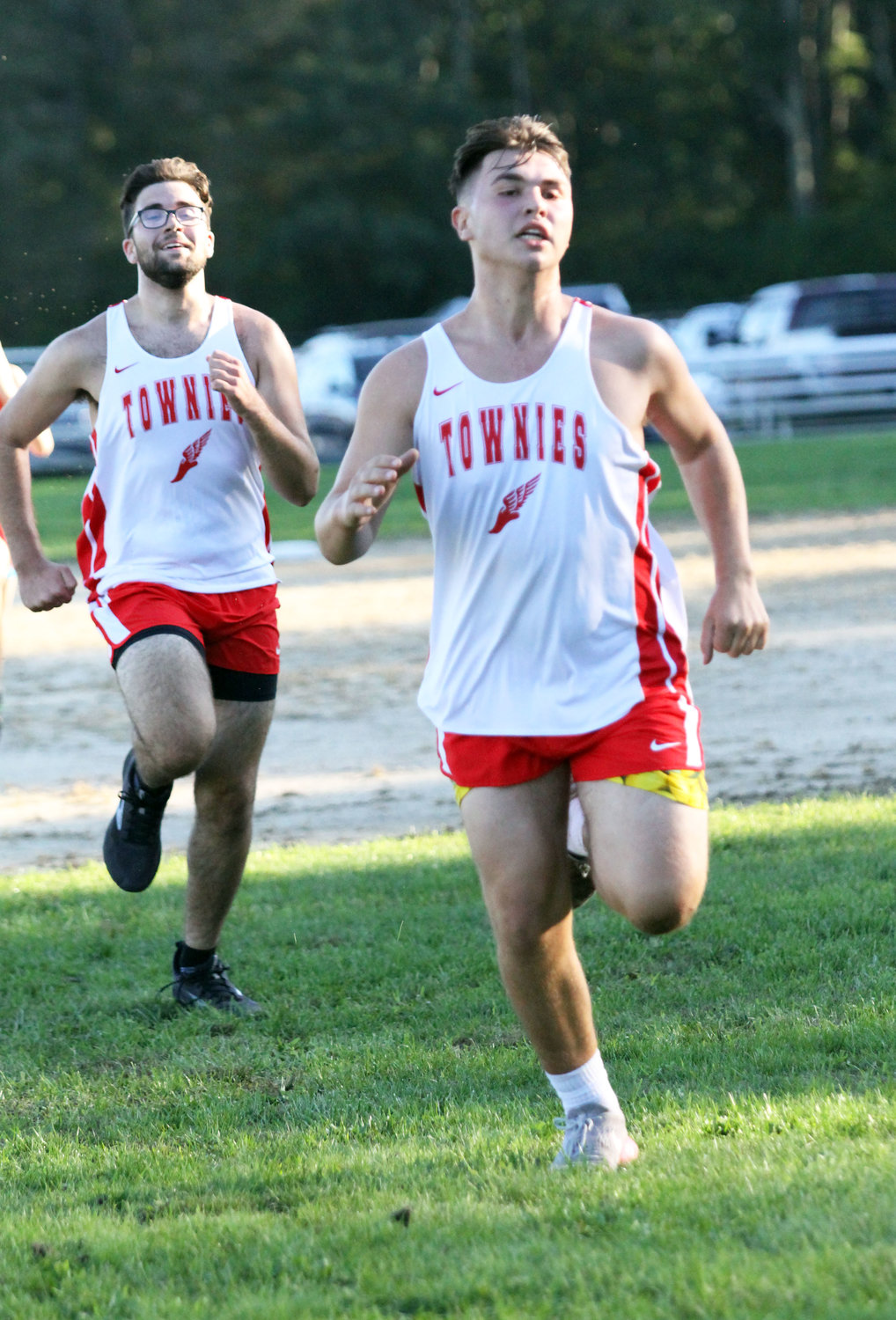 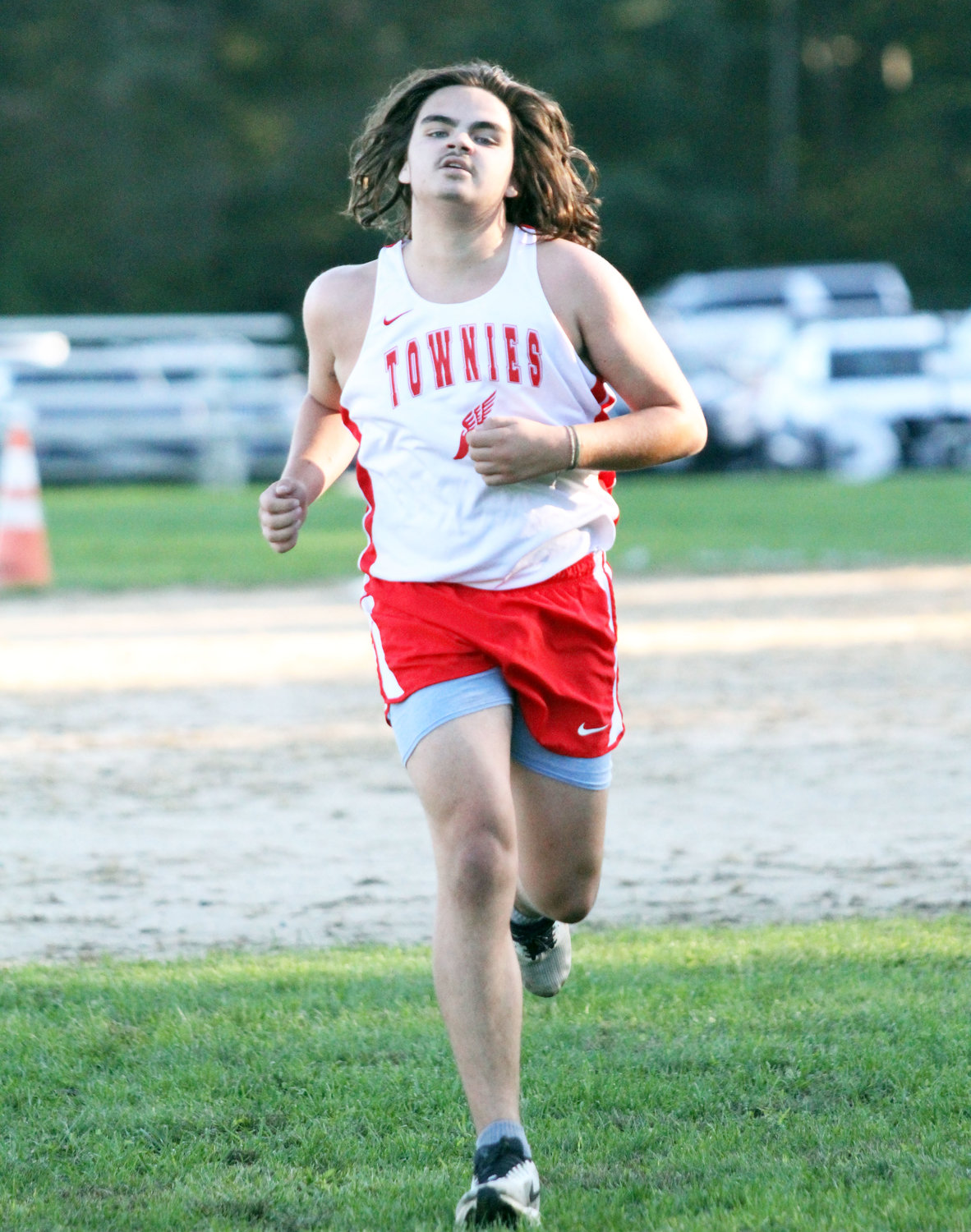 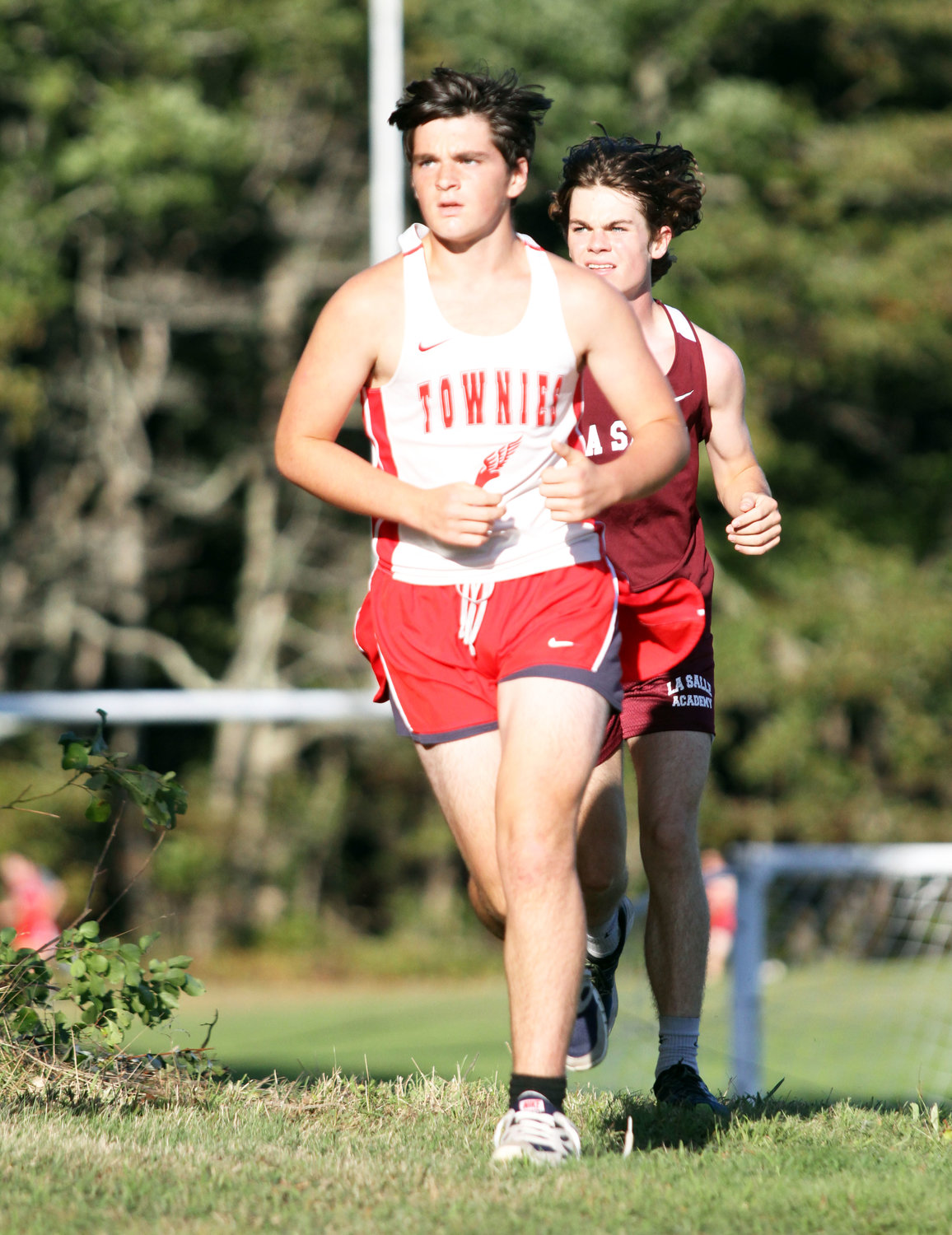 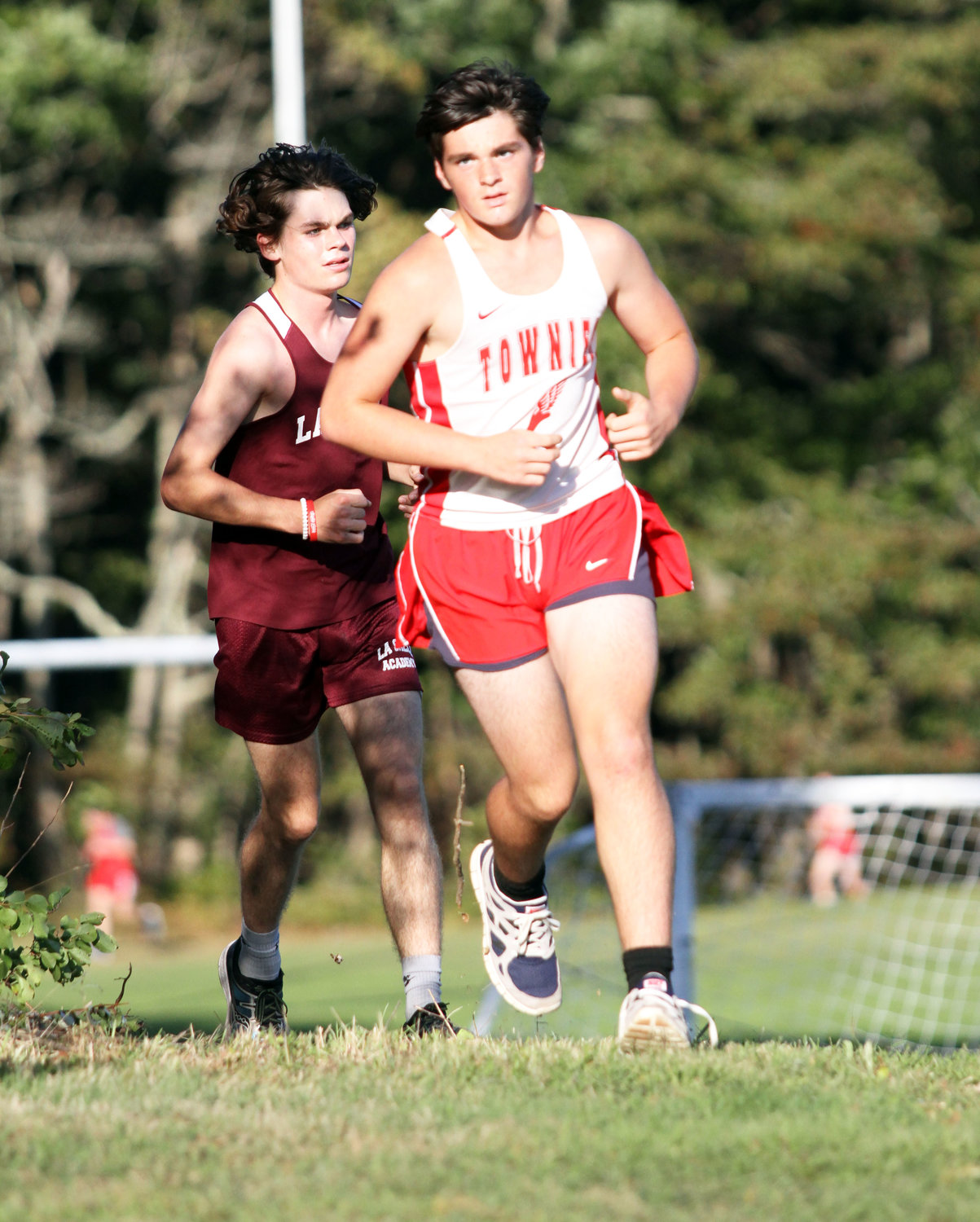 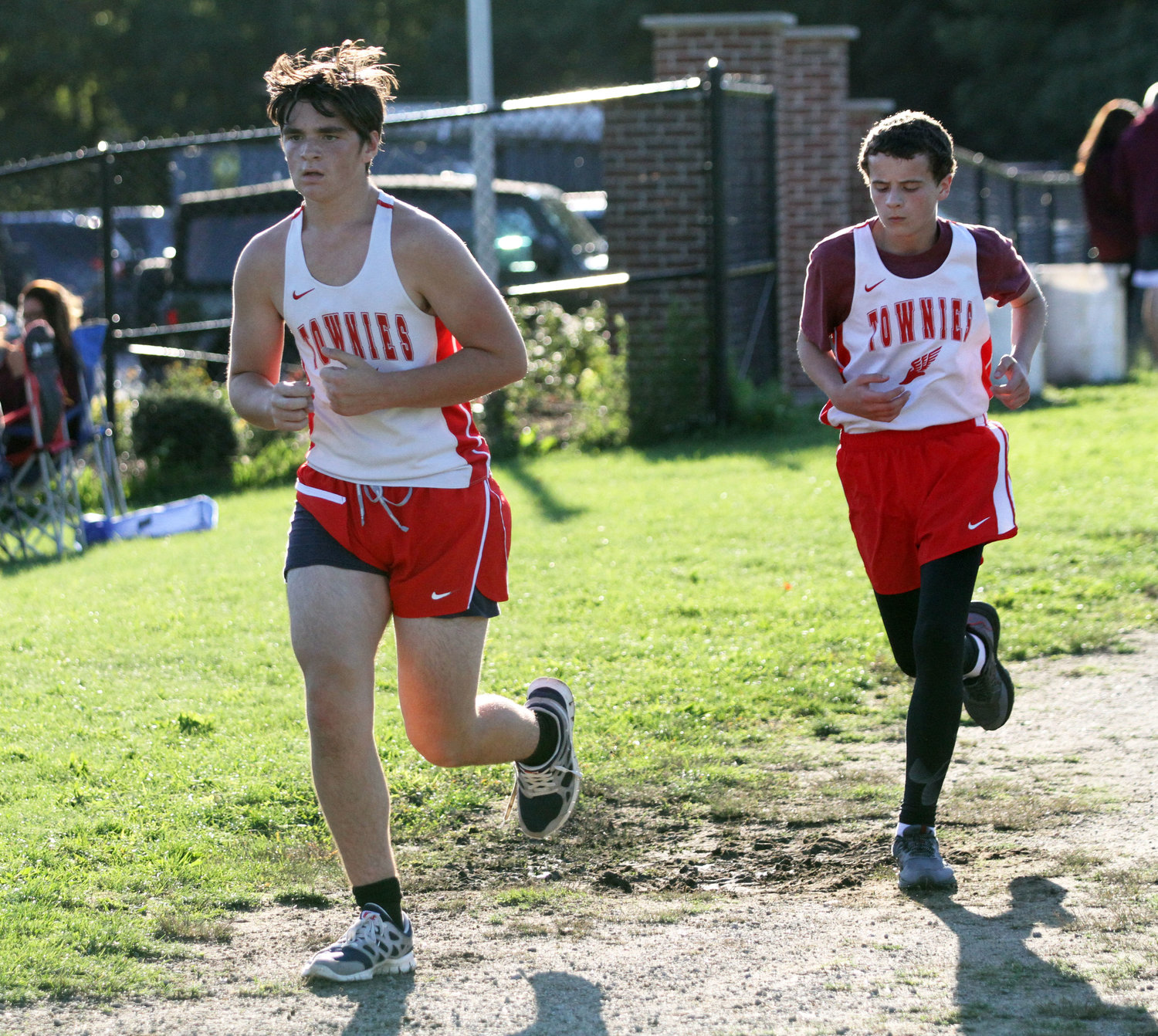 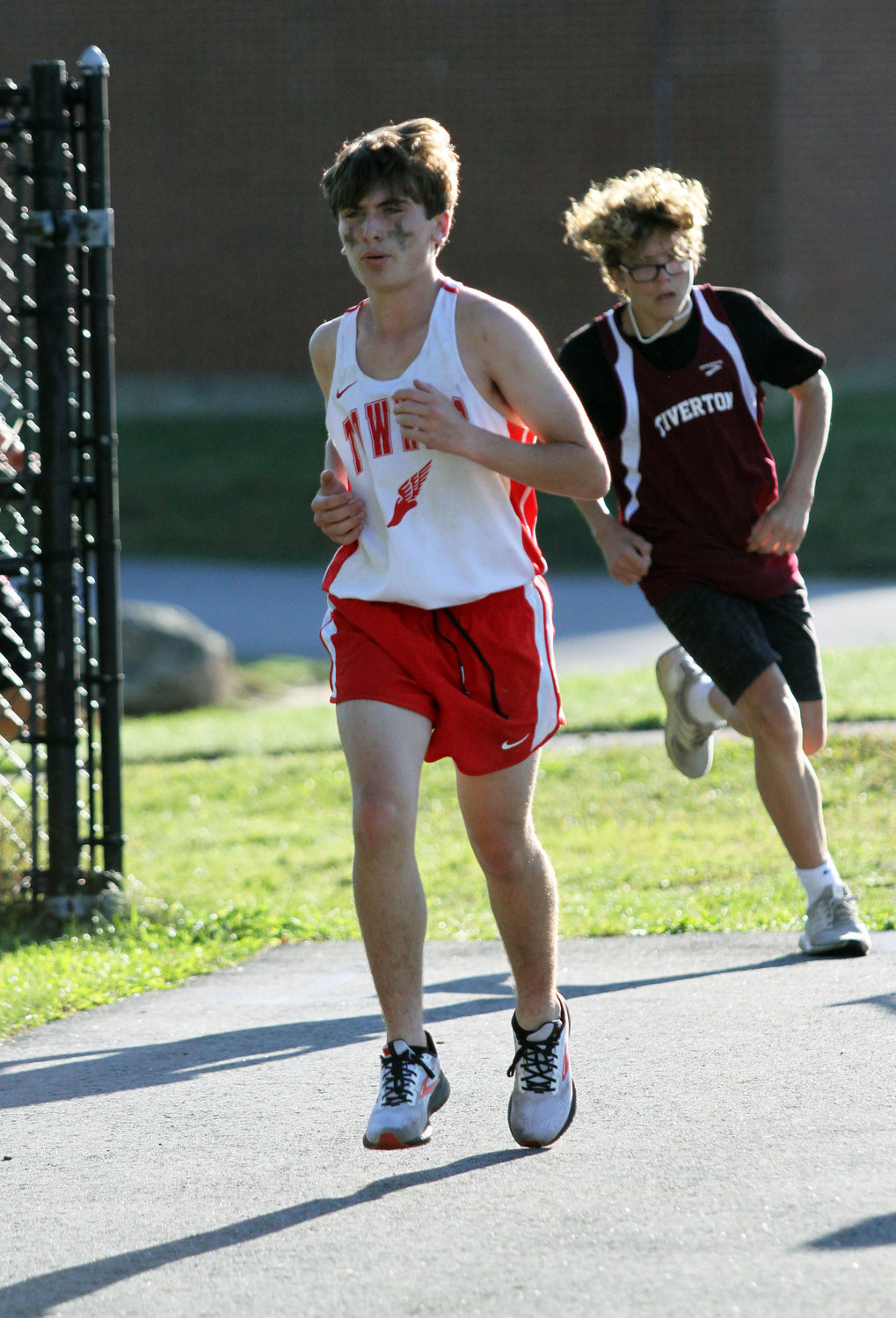 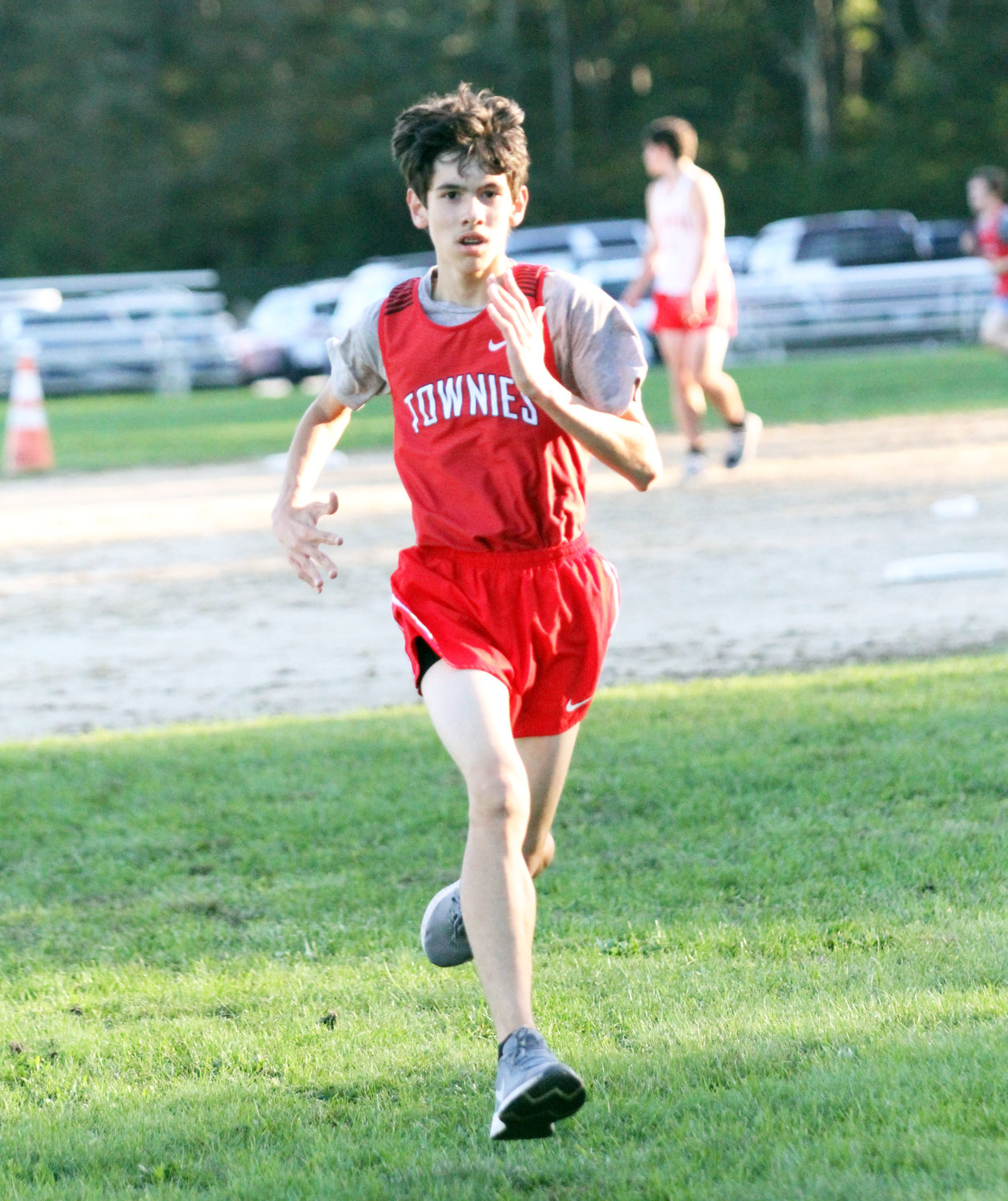 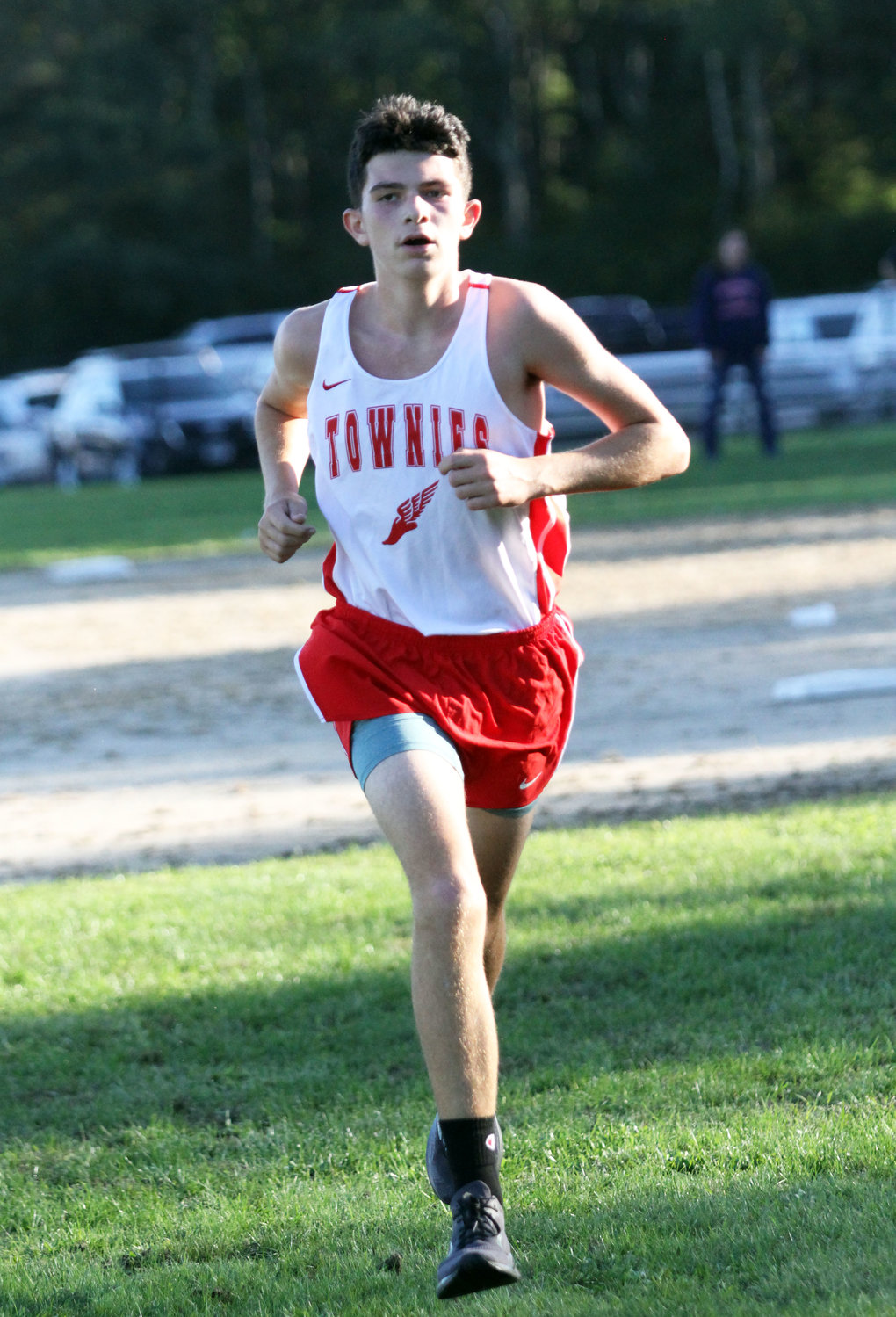 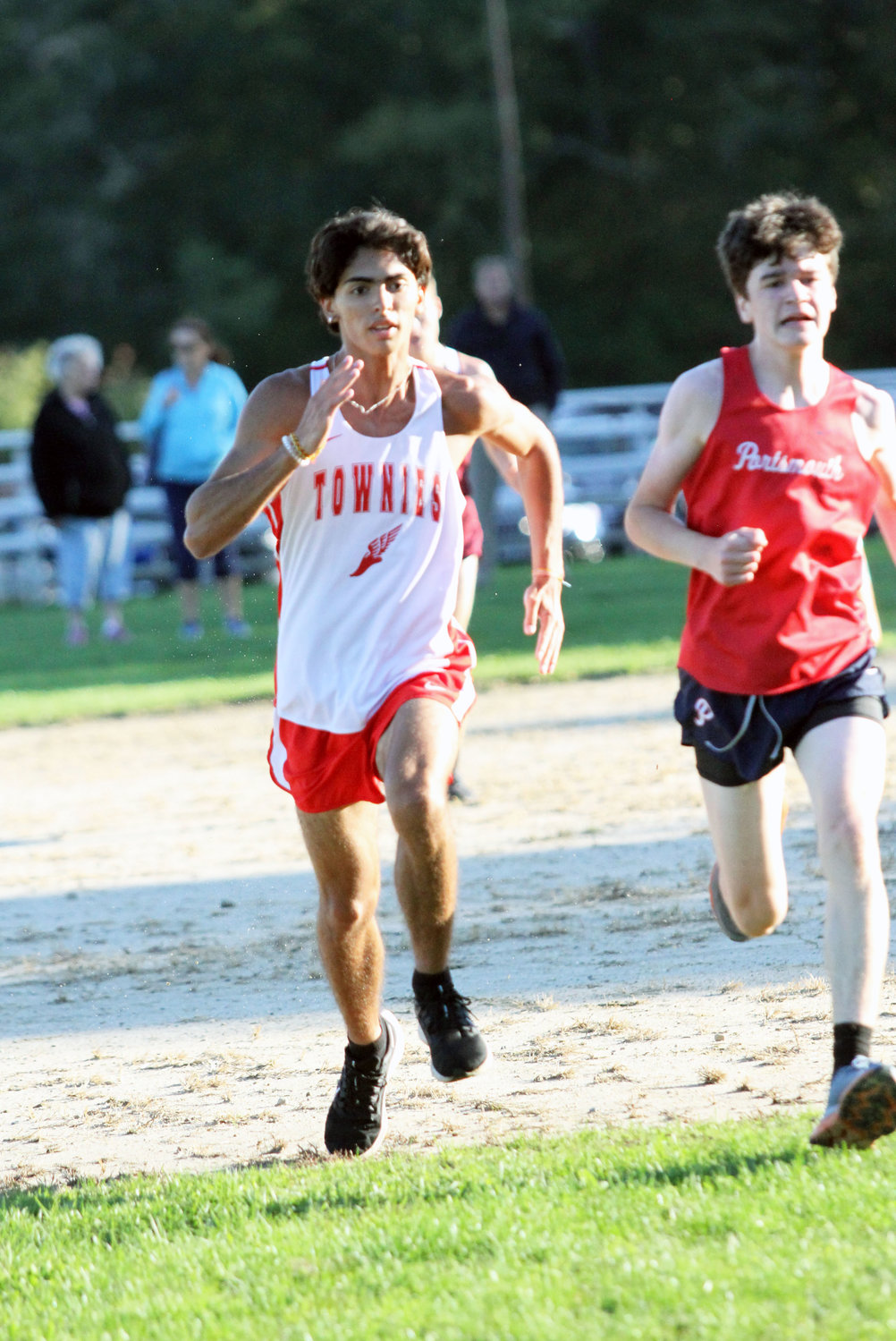 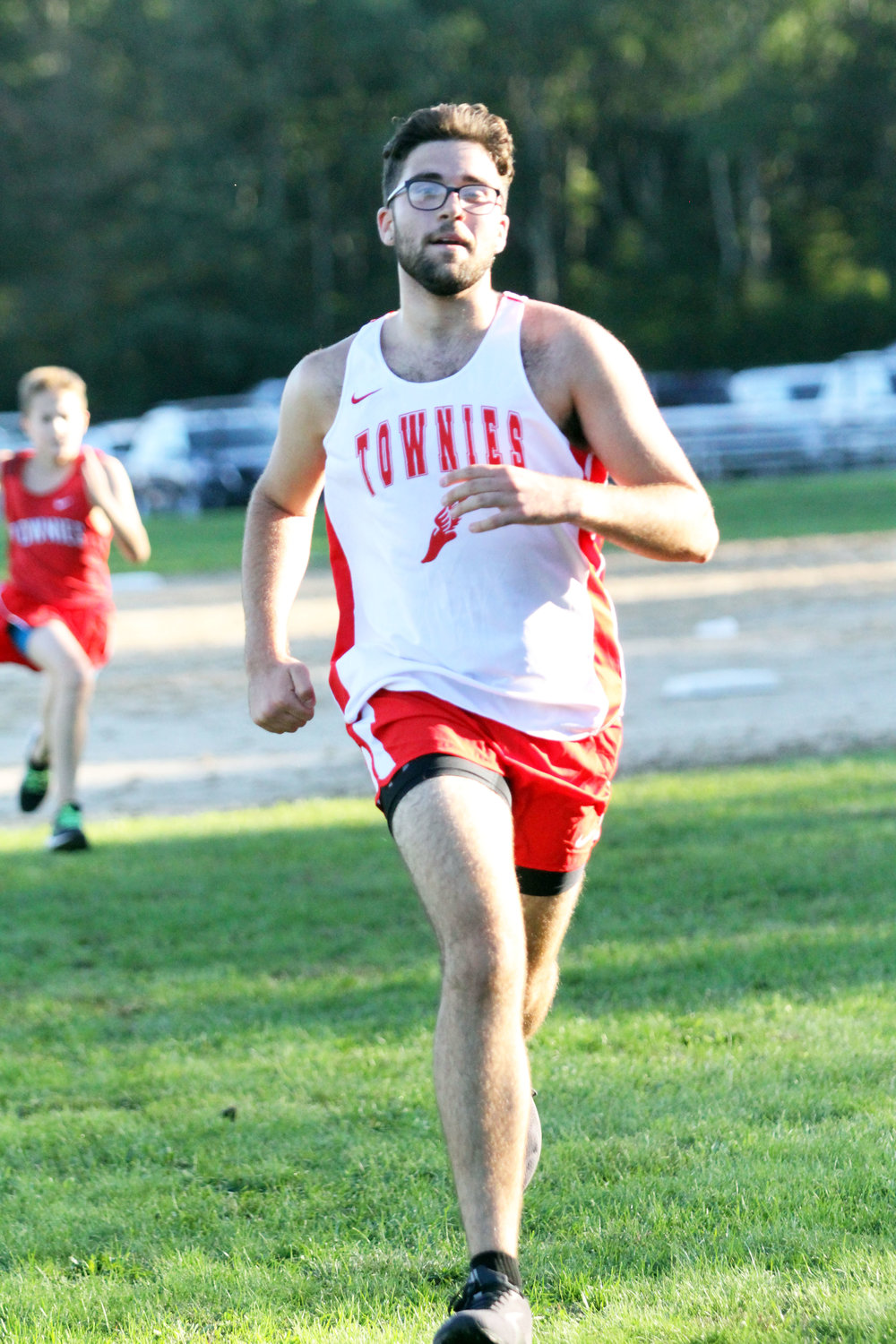 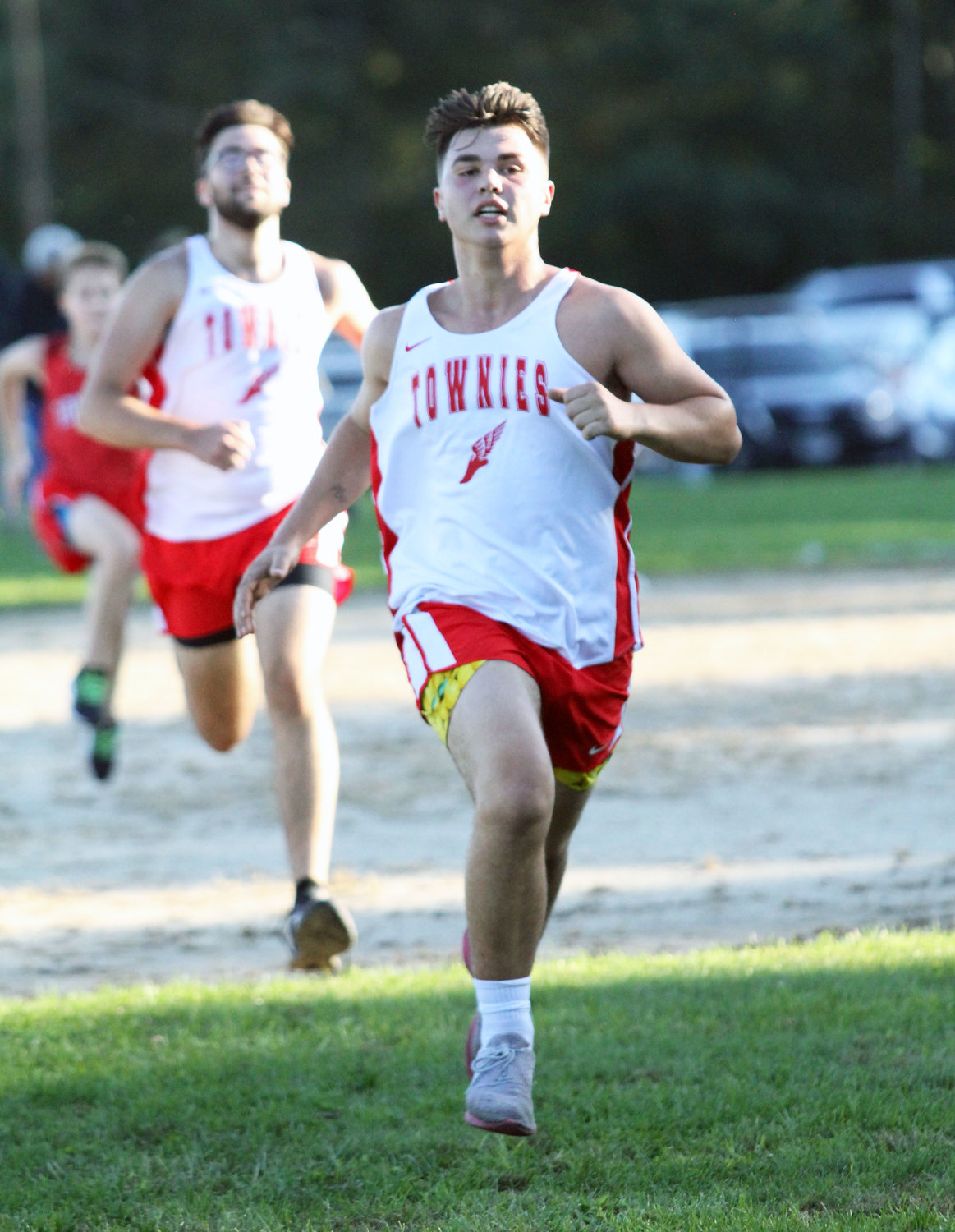 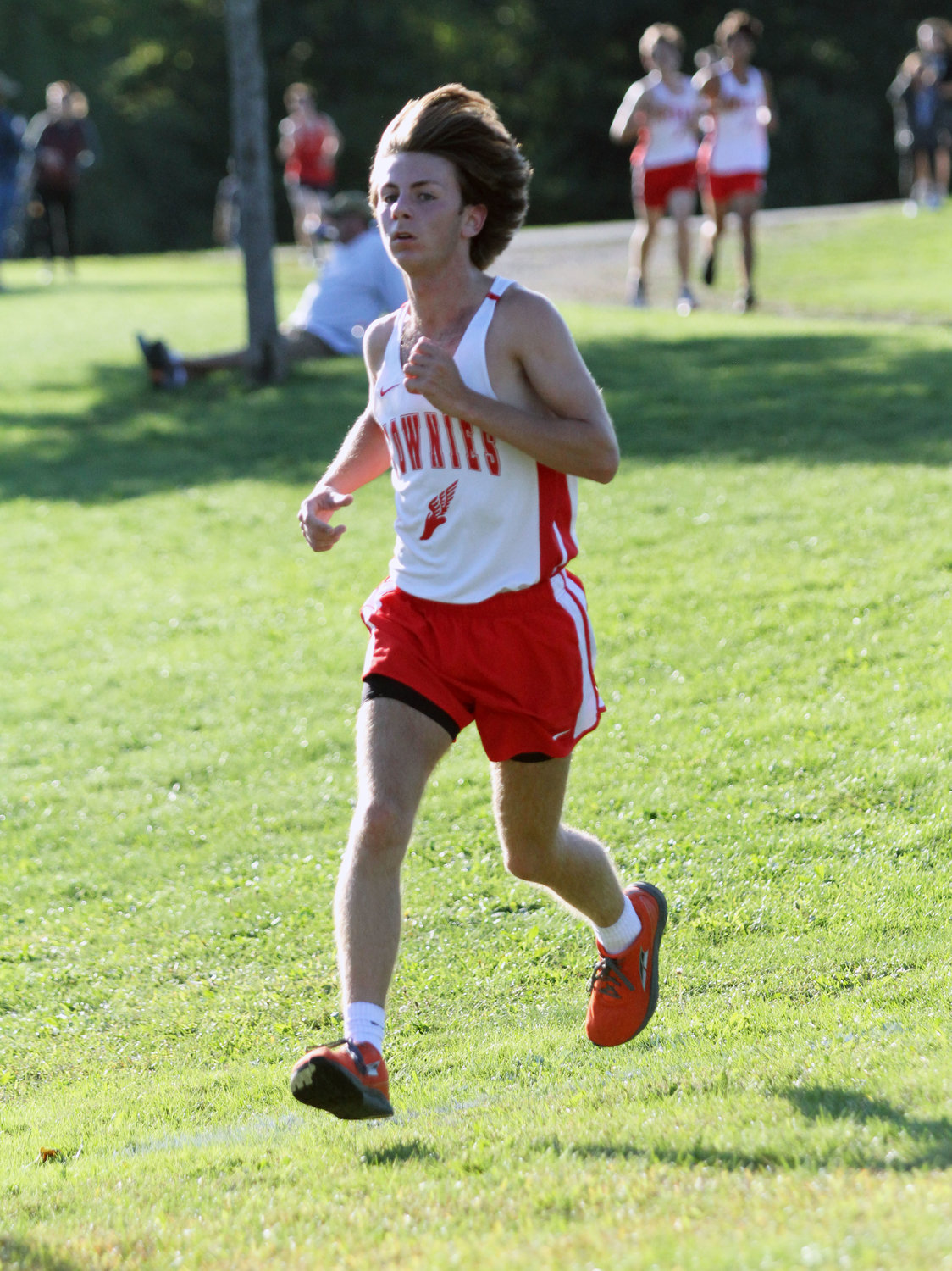 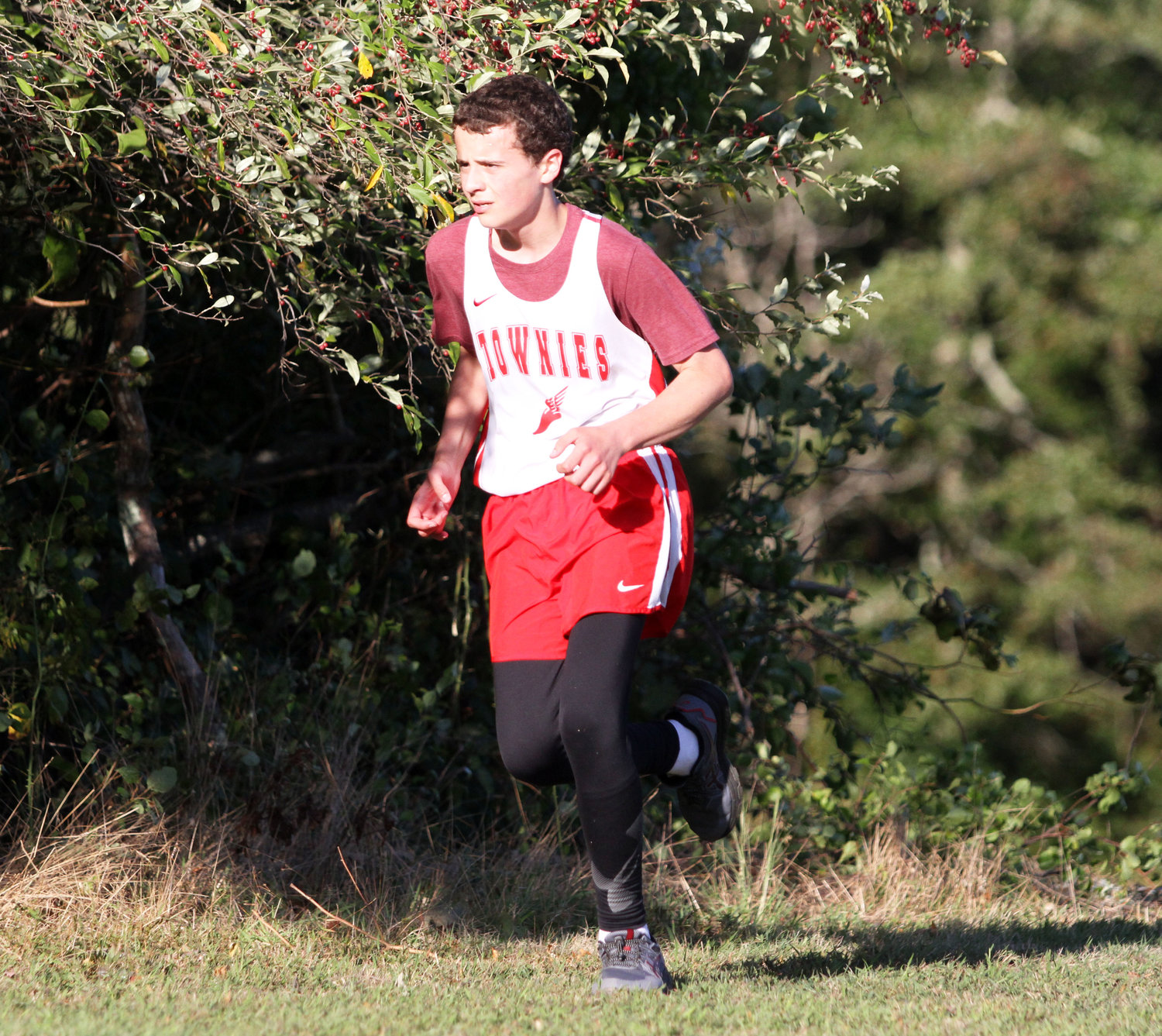 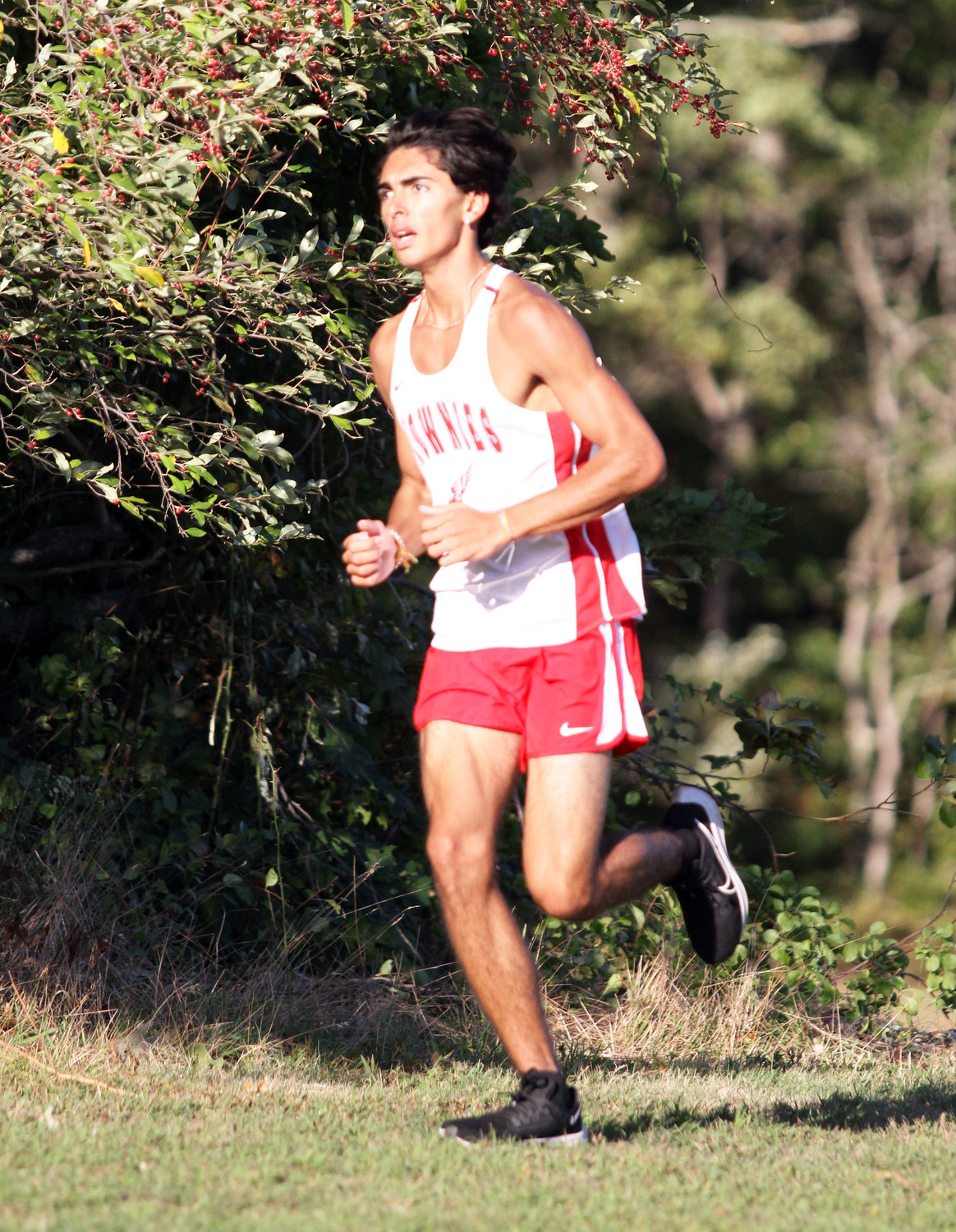 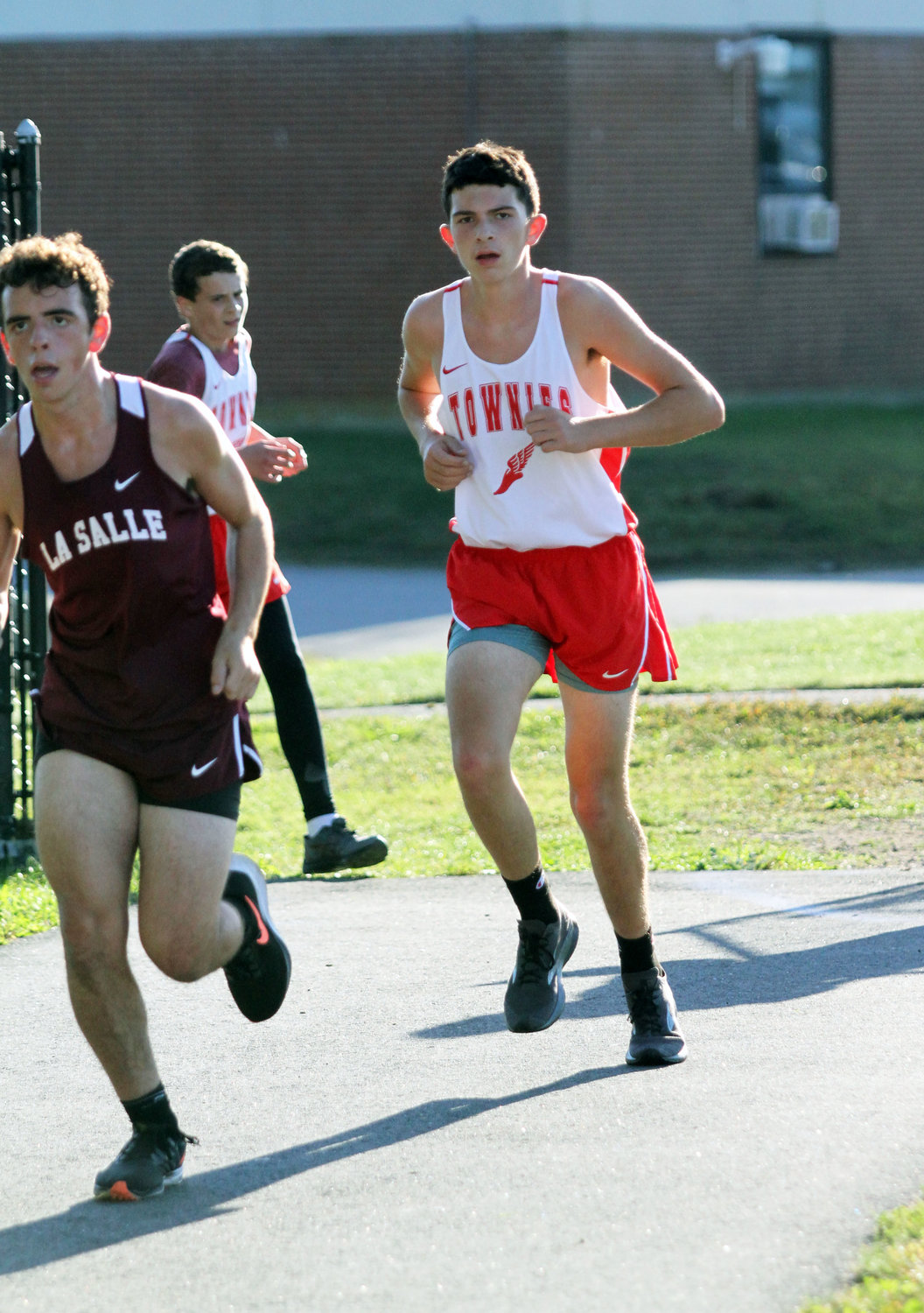 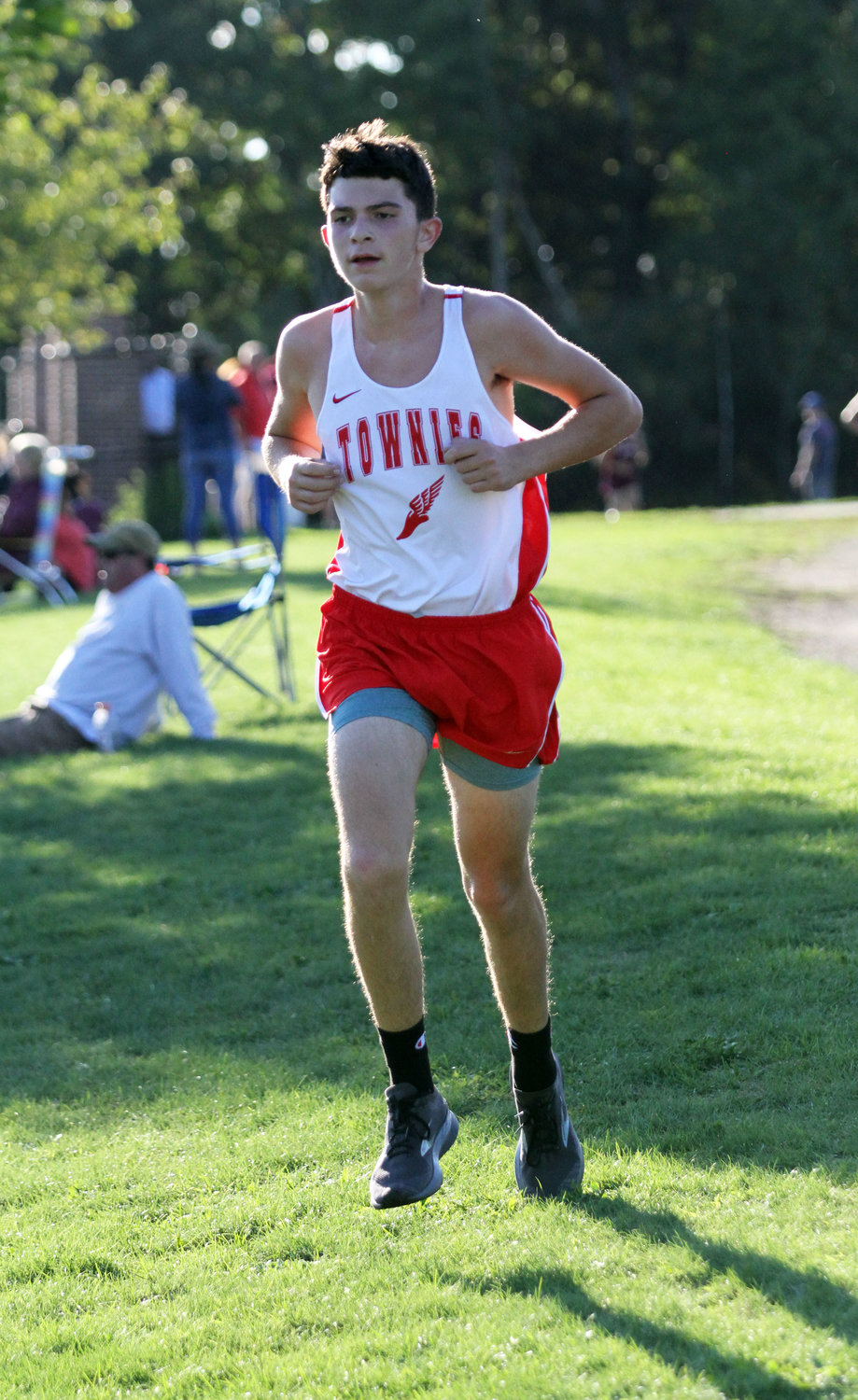 EAST PROVIDENCE — The East Providence High School cross country teams continued their respective 2022 regular seasons in recent days, the boys’ squad with solid numbers and reasonable results to date while the girls’ side is in a complete rebuilding mode.

Veteran EPHS boys’ head coach Bob Lyons has a total of 16 runners on the roster this fall, whom he calls “a great group of young men who work hard each day at practice.”

Lyons said the team has shown steady progress so far during its Metropolitan Division dual meets and a majority of the runners continue to beat their personal bests each week. “I expect their times to improve even more as the season goes along,” Lyons added.

The 2020 Townies are led by captain Tyler Robinson along with Jordan O'Hara, Brayden Rouette, Roger Beaudet, Connor Cirello, William Anthony, and Jacob Francis. Lyons hopes they can either led EPHS to the state meet as a team or potentially qualify for it individually.

The Metro Division features traditional powers LaSalle, St. Raphael, Barrington and Portsmouth as well as some other emerging teams.

“We compete in a very competitive division with a number of strong distance running programs,” Lyons said. “In this division the realistic goal is to win three or four meets. Another team goal is to qualify for the state championship meet. As always individual goals are to end the season with PRs while improving times every week and to qualify individuals for states should the team fall short and not qualify.”

Without much intra-squad competition, Robinson is still posting solid times so far, including an 11th place overall finish (22 minutes, 46 seconds) in the Townies recent meet against Moses Brown, Lincoln School and Tiverton.

“Maggie is a strong runner who continuously strives to push herself towards obtaining personal bests each meet. Along with being dedicated, Maggie is a leader who sets goals for herself along with her teammates,” said Piros.

The EPHS boys’ harriers saw their record move to 3-5 in Metropolitan Division meets following recent outings in Pawtucket at Slater Park and at Tiverton High School.

The Townies fell to Moses Brown but beat both host Tolman and Shea in neighboring Pawtucket last week.

Robinson again paced EPHS in the Townies’ win over host Tiverton and losses to both LaSalle and Portsmouth earlier this week.