Now is the time to tackle invasive garden intruders

The impulse to get out in the garden is strong these days, as temperatures creep up after a long New England winter. The pandemic has heightened those impulses too, as we look to another season of …

Now is the time to tackle invasive garden intruders 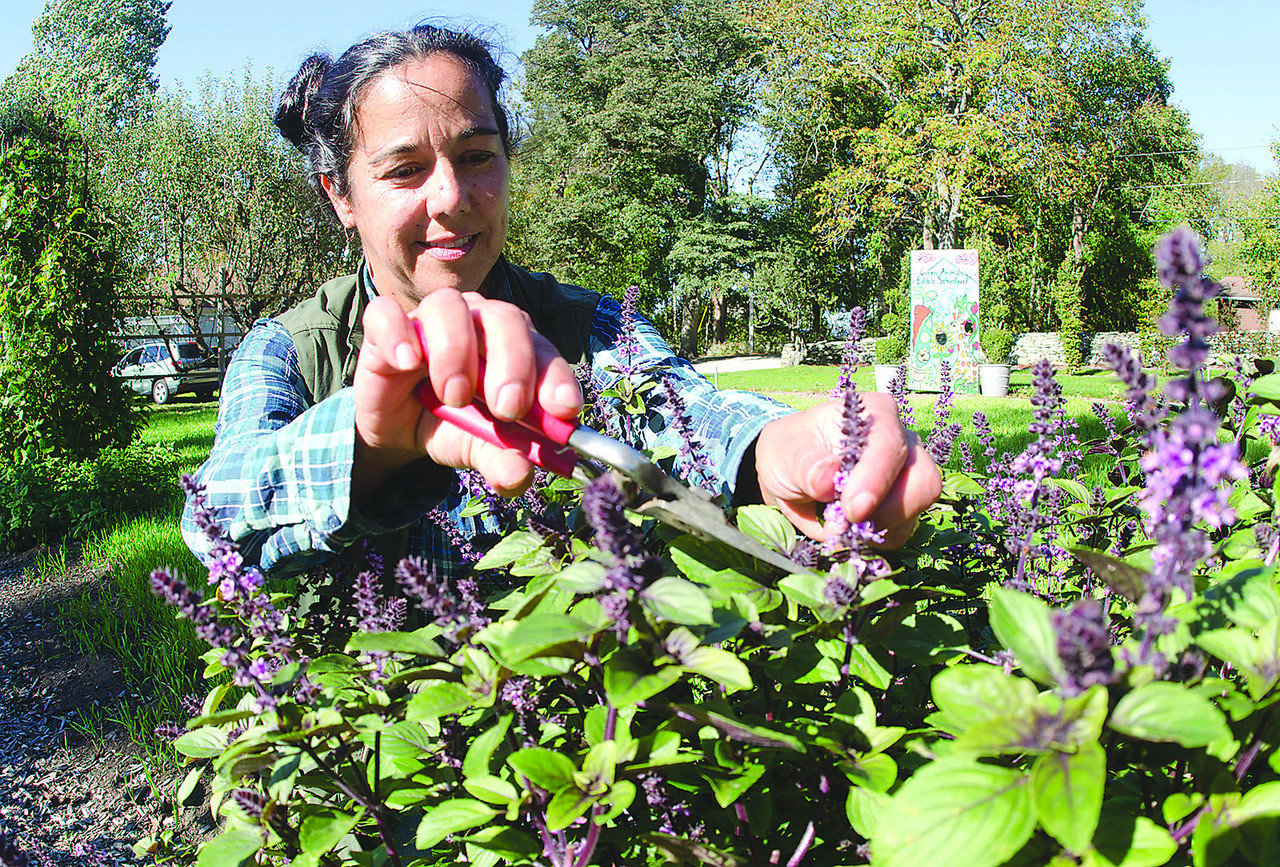 Patricia Bailey is a Community Outreach Horticulturist who has contributed her talents to gardens including Blithewold and Green Animals.
Posted Monday, April 5, 2021 7:29 am
By Christy Nadalin

The impulse to get out in the garden is strong these days, as temperatures creep up after a long New England winter. The pandemic has heightened those impulses too, as we look to another season of spending more time outdoors, perhaps tending a so-called “victory garden” begun last season.

Landscape trends from 2020 revealed that homeowners did not just want gardens that looked good, they wanted them to produce something of value, and those trends look to continue into 2021.

“The longstanding rule in this growing region is that tender annuals should not go out until Mother’s Day — that’s still officially the last frost date,” says local horticulturalist Patricia Bailey. “You’re not supposed to do a lot of planting until then, but the reality is, things are growing now and if you wait until then to get in your garden you will have nothing but weeds.”

According to Ms. Bailey, now is the time to get out there and get after invasive garden plants. “The snow is melting, the ground is softening, but we haven’t yet had the rain and heat that really gets them established.” Plant identification can be a little hard at this time because a lot of a plant’s characteristics are not well-defined at an early stage of growth, but there are several local varieties to look out for.
Allium grass is a fine green grass that grows in little tufts out of your lawn. If you dig up a cluster you will see they grow from small bulbs — bulbs that are at this very time busy multiplying. “This is a very common invasive, transported by squirrels and coyotes,” Ms. Bailey said. “These little bulblets form and multiply, and if you’re like me and would rather not use an herbicide, get them out now.”

Purslane is another plant that you will want to attack early and often. Its succulent-like, small oval leaves spread like a carpet in garden beds. Proving the adage that a weed is just a plant out of place, purslane is edible and some seed companies actually sell them. But if you’re like many gardeners in our region and have invasive purslane in your perennial beds, you know you don’t need seeds to grow purslane, and chances are you have more than you want.

Dandelions are another plant to get now, while they’re young. They are a little trickier to identify at this stage, but it’s worth the effort. At this time of year their tap roots are only about an inch long, but if you ignore them until after April’s rains, they could be 6 or 7 inches into the ground.

Ivy is a plant that people like to use for cover, but can quickly get out of control if you turn your back on it for too long. “Get rid of it now, when you can just pull it out easily,” said Ms. Bailey. “It’s very satisfying and a great upper-body workout too.”

There’s lots of good information about locally invasive species available online; a good place to start is the Invasive Species Portal of the Rhode Island Natural History Survey, at http://rinhs.org/invasive-species-portal.