The Warren Land Conservation Trust has been steadily adding to its properties across town over the past year, and may soon have stewardship over another 30-plus acres of open space east of the Palmer … 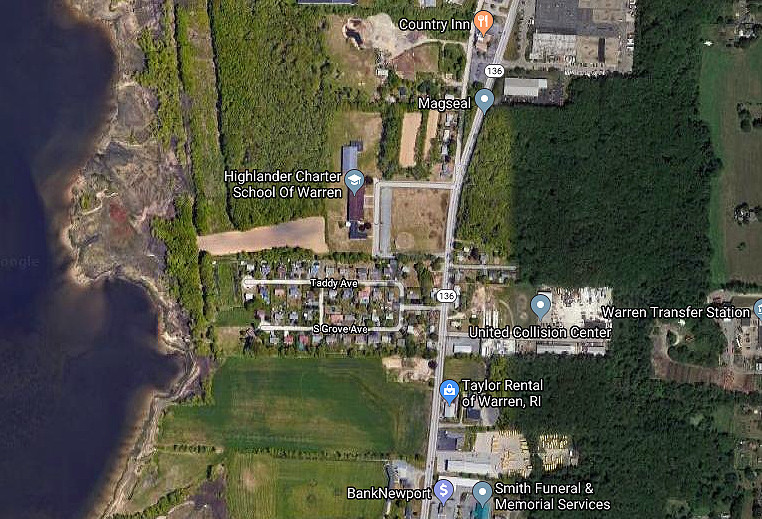 The Warren Land Conservation Trust has been steadily adding to its properties across town over the past year, and may soon have stewardship over another 30-plus acres of open space east of the Palmer River.

At the May Warren Town Council meeting, councilors are expected to sign over five separate parcels on and around Market Street to the trust. The lands have been owned by the Town of Warren since the late 1990s, after their former owners went delinquent on their taxes and the town claimed title. The town has held them ever since with little activity, but since last year Warren officials have been researching the benefits of deeding parcels like them to the trust.

The five parcels collectively total abut 30.5 acres. The largest by far is a 27-acre stretch of land west of Market Street, and just south of the TPI property, that was formerly owned by Richard Algeria of Algeria Construction.

In a letter to the council, land trust president Michael Gerhardt said obtaining the properties would further the trust’s goal of setting aside as much sensitive land as possible, particularly along the Market Street corridor.

“These five properties represent ecologically valuable wetland resources within the Palmer River Watershed,” he wrote. “The Warren Land Conservation Trust – in partnership with Save the Bay and the Natural Resources Conservation Service – is working to create a protected corridor along the Palmer and its associated wetland areas. This corridor will safeguard a valuable wildlife resource and help the town be more resilient to rising sea levels.”

May’s transfer would be the second from the town to trust. Last autumn, the council transferred title of some 60 acres along the Palmer which had been owned by the town since its former owners defaulted on their tax bills and the town seized title.

In return for deeding the properties, Warren will accept a proposed conservation easement and management plan from the trust that spells out how the lands will be managed in the future.