The tiny sliver of land tucked between Old Main and West Main roads, near Taylor's Lane, is easy to miss — it's just two and a half acres. But botany lovers in Little Compton and Tiverton … 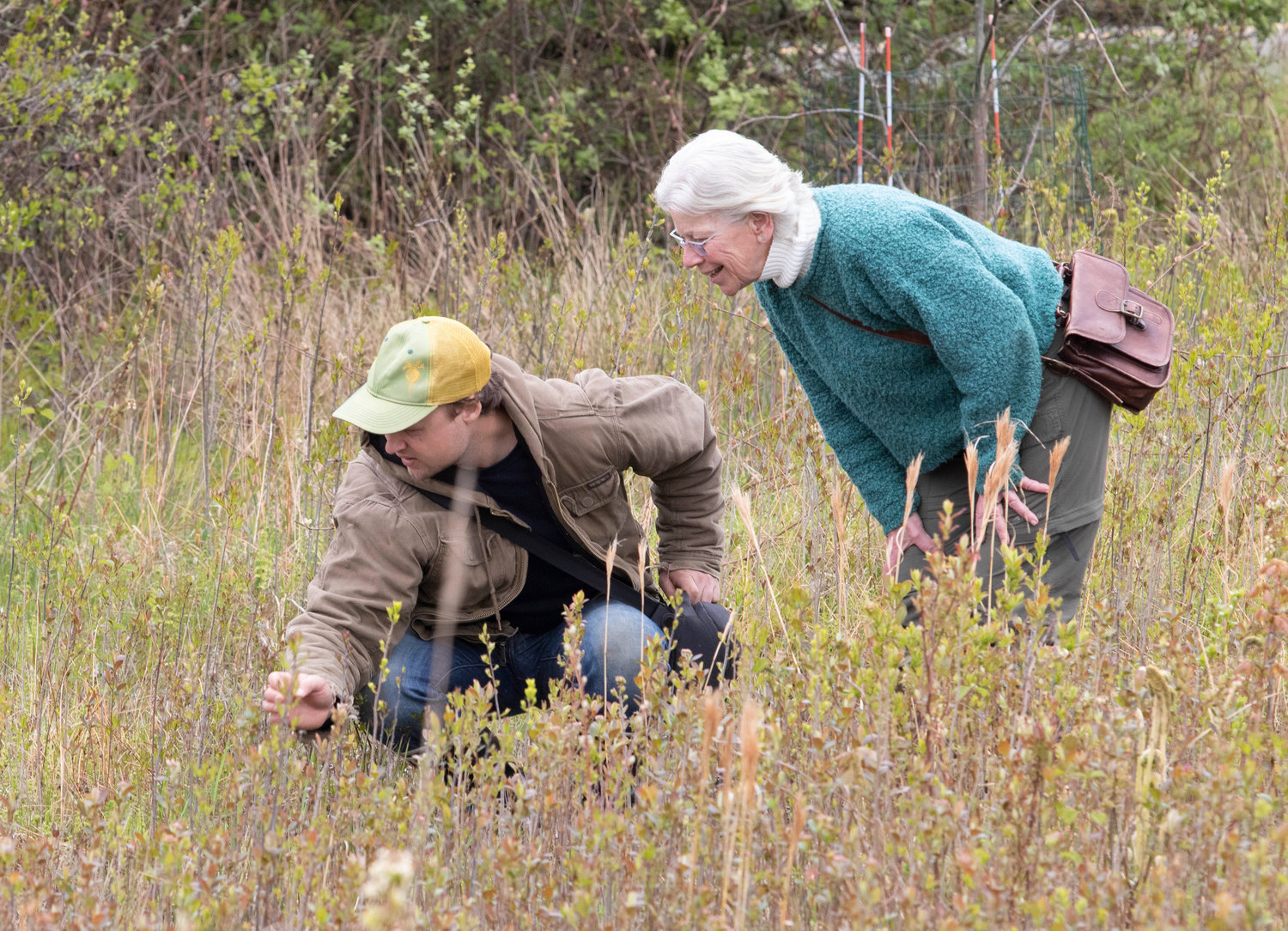 The tiny sliver of land tucked between Old Main and West Main roads, near Taylor's Lane, is easy to miss — it's just two and a half acres. But botany lovers in Little Compton and Tiverton believe the diminutive Meehan Triangle, otherwise known as The Plains, could be one of the town's best and most diverse repositories of native plants — and a model for how property owners who want to return their land to its natural state can get there.

The triangle — from the air, it really looks like an oval — was donated to the Sakonnet Preservation Society (SPS) in 1982 by Phoebe and David Meehan. Though there's always been a sign, the SPS hadn't done much with it until last year, when members started talking about ways to educate property owners who are interested in restoring natural and native diversity to their own land. There's precious little of it left, with invasive species seemingly everywhere and many lawns in these parts unnaturally greened by lawn fertilizers and other features that would have been unknown to Little Compton residents centuries ago.

They started looking around and thought the triangle might be a good place to look for diversity, as it hadn't really been touched much in decades and represents nearly every type of topology, from wetland to dry.

Last fall, they cut a path and over the ensuing months, have been checking back regularly to see what's growing. So far, searchers have been astonished to find "a microcosm," SPS's Abigail Brooks said.

"It's so exciting! There is an amazing diversity of native plants. We saw so many things we hadn't seen before — you can hear the excitement in my voice!"

To date, researchers from the SPS, the Little Compton Tree Commission and Garry Plunkett of the Tiverton Open Space Commission, have found no fewer than 27 native species, including blueberry, bayberry, viburnum, switchgrass, prismatica (a type of lily considered threatened or endangered in many states from Maine to Tennessee), Joe Pye Weed, wild black cherry, and the uncommon bushy bluestem. The plants change with the seasons, and Brooks is sure more will be found as the months unfold.

The goal going forward is to develop a protocol for cutting and selectively clearing small parts of the property to allow walking access while not upsetting the triangle's natural balance and health. They're being aided in their work by the local Boy Scout troop, volunteers and with financial support from the Acebes Family Charitable Trust.

They also want to promote the spot online, and offer virtual 'tours' of the property so visitors can follow along on their cell phone, keeping an eye open and learning about the different species that pop up during various parts of the year. There will be as little evidence of impact as possible, Brooks said.

"We're trying to keep the property free of any human things," she said. "No signs, and we want everything to remain as simple as possible. We're also trying to figure out ways to manage it for (appropriate) cutting. We want people to come here and visit, see a natural landscape and get ideas about how to manage their own properties."