This Friday, Jan 20th, Newport Live presents an evening with the Chris Spedding Trio, which features both Anton Fig and Tony Garnier, and the Casino Theater. All members of the trio are renowned … 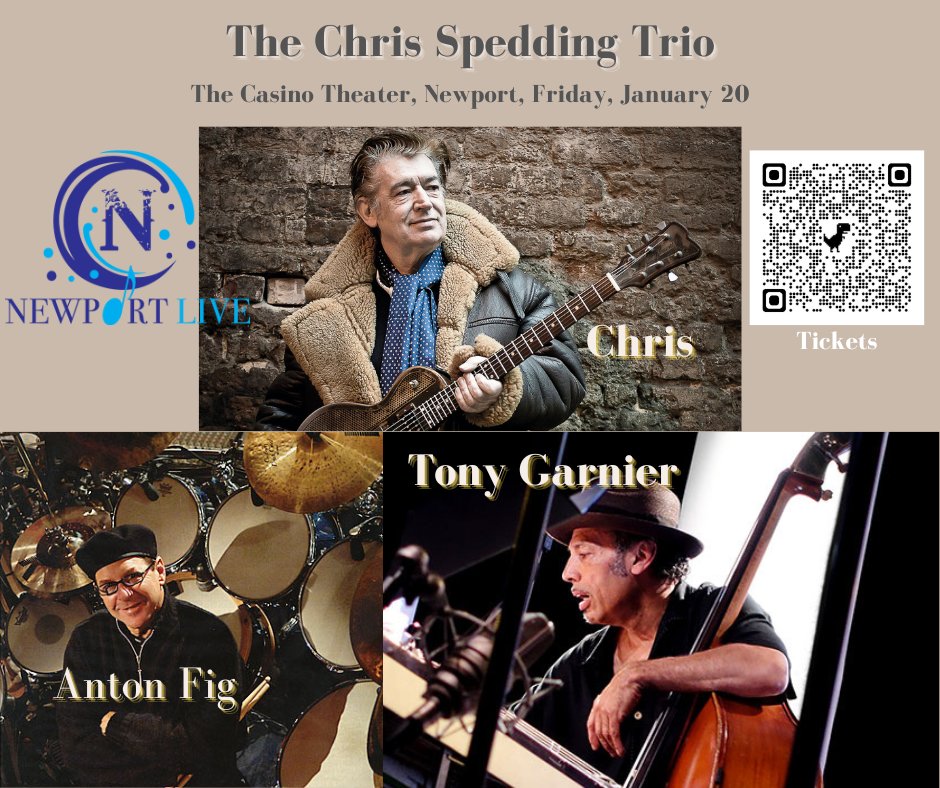 This Friday, Jan. 20, Newport Live presents an evening with the Chris Spedding Trio, which features both Anton Fig and Tony Garnier, and the Casino Theater. All members of the trio are renowned musicians and have worked with some of the most iconic artists in the world.

In the ’80s, guitarist Spedding, bassist Garnier and drummer Fig formed the nucleus of several important bands: Spedding with among others, Roxy Music, Byran Ferry and Paul McCartney, Garnier with Bob Dylan’s band, and Fig with the Late Night with David Letterman band.

Today, Spedding continues to tour worldwide as guitarist with Bryan Ferry's band, which he's done since the 70’s. Throughout his career, he's worked with Paul McCartney and Ringo Star's all-star band, Elton John, Pink Floyd's Nick Mason, and many more. He has been a member of eleven different bands, including Ian Carr’s Nucleus, Sharks with Free’s Andy Fraser and most recently, King Mob with former Sex Pistol Glen Matlock. As part of Ian Carr’s Nucleus, he was runner up in the jazz guitarist category to John McLaughlin in an annual Melody Maker’s poll.

Garnier was asked to join Bob Dylan on tour in Europe in 1989 and has maintained the bass position ever since. Featured on most of his records since 1990, including Time Out Of Mind, Love and Theft, Modern Times, and many others, he has also served as Dylan’s music director. He has played with Asleep at the Wheel, and Robert Gordon and in the studio, with Tom Waits, Buster Poindexter, Paul Simon, Buddy Guy, Iron and Wine, and Lucinda Williams to name just a few. Like Spedding, he is versatile, at home with rock, rockabilly and jazz.

PRICING: Tickets are $35 and available through EventBrite and via Newport Live website.

Giving back after getting a second chance