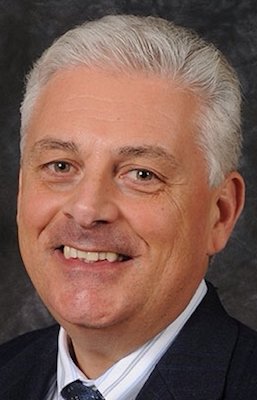 Fazioli headed the East Providence Planning Department in the administration of Mayor Bob DaSilva until late last year. He was hired for that position in the fall of 2019.

He remained on the job through the rest of DaSilva’s term as East Providence’s first duly elected mayor. Fazioli announced he would be stepping away from the post just before the November 2022 election, when DaSilva won a second four-year stay as the city’s chief executive.

Fazioli next made a brief return to the private sector late last fall and into the winter before accepting the position with the infrastructure bank.

“Bill Fazioli brings over 30 years of experience in municipal finance, planning, project development, and infrastructure investment along with deep relationships with state and municipal leaders across Rhode Island,” said Jeffrey R. Diehl, Executive Director and CEO of the Infrastructure Bank.

He continued, “We’re thrilled to have Bill join the Infrastructure Bank team as Managing Director of Program and Business Development, where he’ll lead our outreach to municipal, business, and other partners.”

As well, the bank announced Anna Coelho Cortes has been promoted to Deputy Managing Director of Program and Business Development.

“We’re also pleased to announce the promotion of Anna Coelho Cortes to Deputy Managing Director of Program and Business Development. Over the past 25 years working with the Bank, Anna has built excellent relationships with our municipal partners, educating them about our programs and facilitating loan and grant applications,” said Diehl

He added, “With the combined expertise of Bill and Anna, we’re going to make sure our municipal partners know about and are able to access the nearly $500 million of federal funding from the Bipartisan Infrastructure Law flowing into Rhode Island for drinking water, wastewater, and other critical infrastructure projects.”

Fazioli has split time between the private and public sectors for most of his professional career. During a previous stint serving in city government, he was chosen as a charter member of the East Providence Waterfront Commission, a position he has maintained since the body was created in the mid-2000s. He remains as the commission’s chairman.

Fazioli is quite familiar with the workings of the infrastructure bank, which has helped fund several projects conducted by the city and is known as being among the state’s leading lenders for infrastructure improvements for municipalities, businesses and homeowners.

The infrastructure bank was created by General Assembly in 1989 first as the Clean Water Finance Agency, then was expanded in 2015 to include energy and brownfield remediation initiatives.