Searching for signs of (the after)life

Most old-house fans look for architectural elements. This Tiverton-based paranormal team is listening for voices.

A recent, crisp, late-spring evening found a team of researchers from the Tiverton-based group Rise Up Paranormal at Clouds Hill, a sprawling Victorian home in Warwick. In low light, due in part to …

Searching for signs of (the after)life

Most old-house fans look for architectural elements. This Tiverton-based paranormal team is listening for voices. 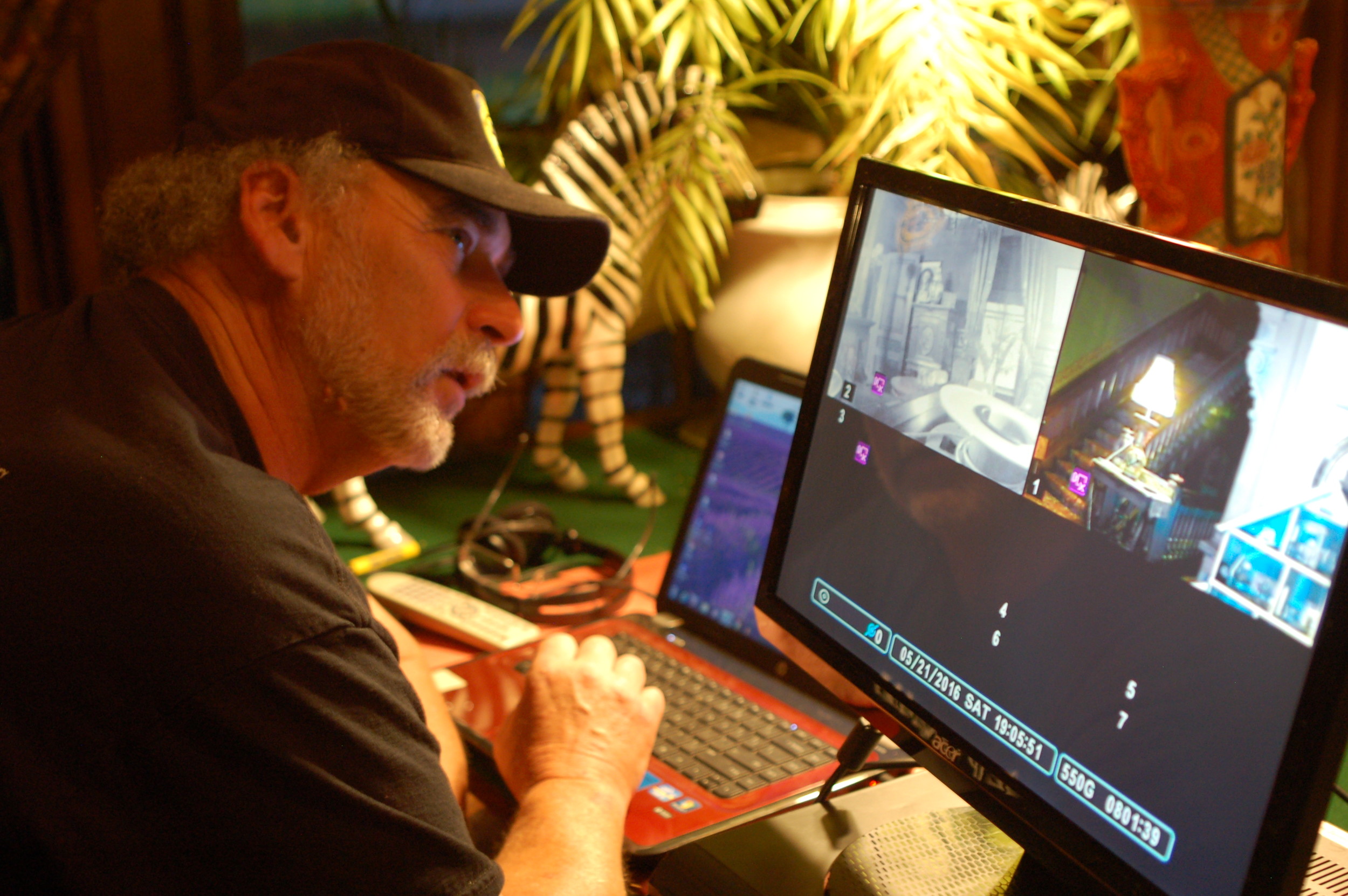 Ken DeCosta checks the monitor to confirm the cameras are set for maximum visibility. 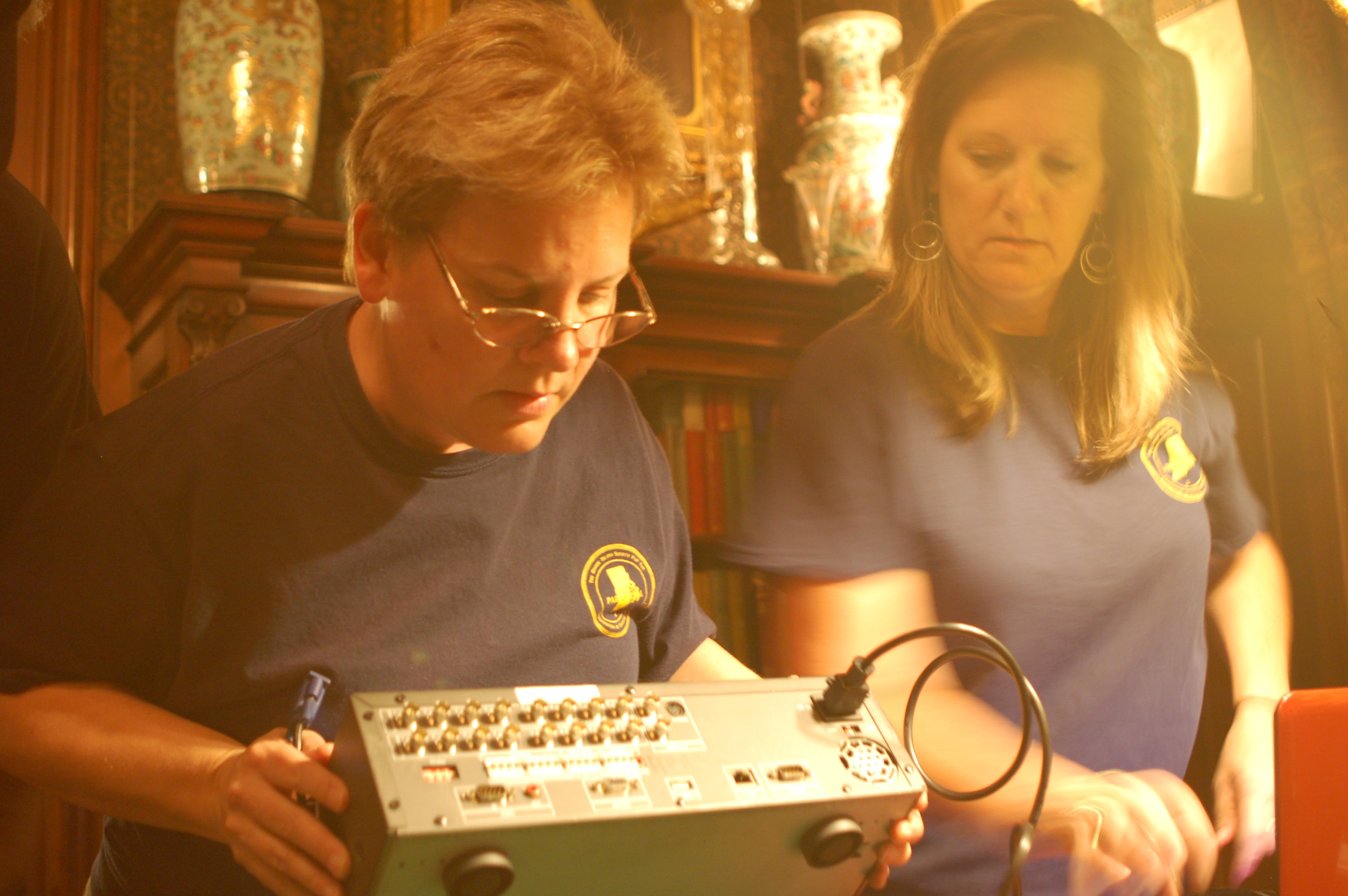 Julie DeMay hooks up the monitoring hardware while Wendy Thatcher looks on. 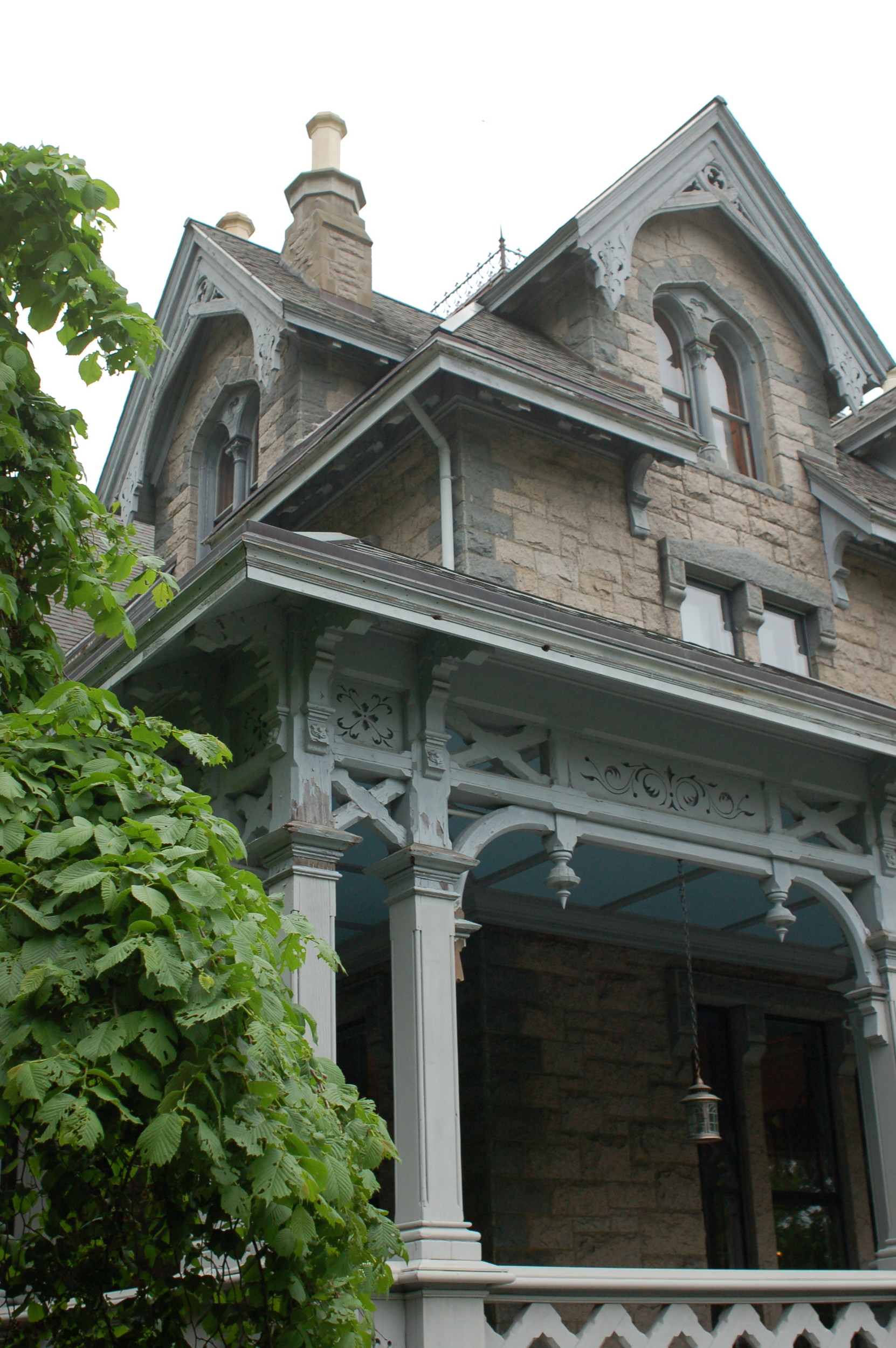 A recent, crisp, late-spring evening found a team of researchers from the Tiverton-based group Rise Up Paranormal at Clouds Hill, a sprawling Victorian home in Warwick. In low light, due in part to the hour and in part to the many trees (some nearly as old as the home) surrounding the structure; computers, cameras and microphones were set up, wires were run, electrical outlets were sought (and some even found).

Rise Up had been to the property once before, at the invitation of the owner as well as the caretaker, who had some decidedly "off" experiences and encounters. Indeed, at the earlier visit, the Rise Up team left with both audio and visual material that left more questions than it answered. So tonight, a three person team consisting of  Ken DeCosta, a retired construction worker and municipal employee, Wendy Thatcher, a registered nurse, and Julie DeMay, a Mission Systems Specialist with General Dynamics, are back—and they are looking for more.

To be clear, Clouds Hill is not a "haunted house". It is a lovely home, rich with architectural detail, and still very much occupied. Built in 1872 by William Smith Slater for his daughter Elizabeth Ives Slater on her marriage to Alfred Augustus Reed, Jr., Clouds Hill has remained in the same family, passing down the matrilineal line, right to the current owner. Originally known as "Cedar Hill", it is one the National Register of Historic Places.

The Rise Up folks are every bit at legit as the house—these are not (as you can tell from their day jobs) "ghostbusters." Tonight's group is just a skeleton crew (pardon the pun) of a larger group that consists of some 30 people, in every New England state except Vermont, that share information, talent, and equipment. They have no agenda, and they aren't looking to find something where nothing exists. They're just…looking.

Ever since I was a kid, I have always been interested in things like UFO's and the Loch Ness Monster," says DeCosta. "Basically, anything adults couldn't explain. Otherwise? I'm normal." Rise Up formed organically about a decade ago when DeCosta and his son started talking about their interest in paranormal investigation and brought other friends and interested people on board. "We don't believe our job is to find ghosts," says DeCosta. "We just want to find the truth. We are neither believers nor skeptics."

Thatcher and DeMay joined the group a couple of years later; Thatcher called Rise Up because she was working in an office building in Barrington that was the site of a lot of odd happenings. (It turned out to be one of the most "active" places that Rise Up has ever investigated.

The group has several other area properties they investigate on a regular basis, including Belcourt Castle in Newport, Paine House in Coventry (where they "never fail" to make contact with a little girl they've dubbed "Sarah"), and Smith's Castle in Wakefield. They have also investigated the Chase-Cory House in Tiverton. More often, they are contacted by private homeowners who are concerned, or simply curious. Regardless, they don't charge—ever. "Nobody has ever proven the existence of ghosts, definitively," says DeCosta. "So how can we charge for something intangible?"

Tonight they have three infrared cameras set up at various vantage points along with highly sensitive microphones that isolate any sound that "shouldn't" be there. And they have guests—a group of four local women, groupies in the making—along to observe.

The team splits up, with DeCosta, DeMay, and the guests heading to a spot on the second floor that seemed to be "active" during their previous visit. Thatcher stays downstairs, monitoring the computer and audio for anything out of the ordinary. The results won't be known until the audio and video can be analyzed.

Rise Up will be hosting the 5th annual Ocean State ParaCon on July 16 and 17 at the Assembly Theater on 26 East Ave. in Harrisville, from noon to 7 p.m. Some of the best and brightest of the paranormal and metaphysical fields will be there, with special guests, signing books, taking photos, and making presentations. This year's beneficiary is the Rhode Island Coalition Against Domestic Violence; they'll receive 100 percent of the proceeds. Visit riseupparanormal.com for more information.

Cloud Hill is open for tours by appointment, 7 days a week. Please call in advance, 401/884-9490. They can also host your special event, photography session, or outdoor wedding. Who knows, there might be an extra guest there—but don't worry, they won't eat much.

Follow up: A male voice was isolated on the audio, several days after the evening at Cloud Hill. Speaking with an apparent English accent, he says "the torches must go," perhaps in reference to the flashlights held by the guests and the team. As always, more questions—and few answers—but with so many things in life, the journey's a lot more fun than the destination.