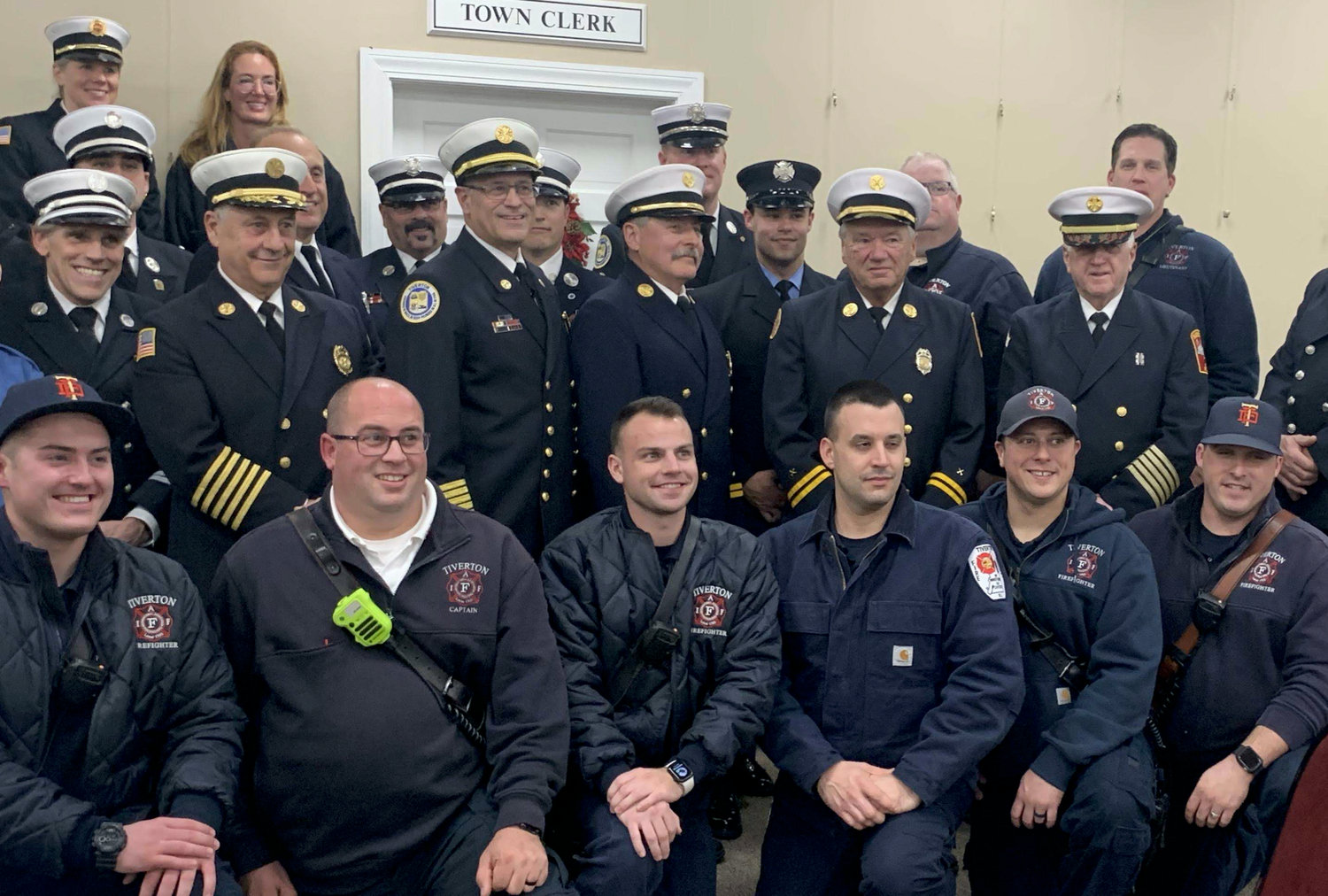 Tiverton Town Hall took on a celebratory air Monday night as the town's fire department members, along with fire chiefs and officers from several area towns, turned out to witness the swearing in of William S. Bailey III as Tiverton’s new fire chief.

Tiverton’s former chief, Bruce Reimels, retired earlier this year and Bailey, a Middletown resident, was hired by the council last month to succeed him. He served most recently as the Fire Captain/Acting Battalion Chief with the City of East Providence Fire Department.

The fire chief’s ceremony was followed by the swearing in of other recently elected town officials, including the seven-member town council. Voters last month returned five incumbents — Denise deMedeiros, Michael Burk, Jay P. Edwards, Deborah Janick, and Joseph Perry — to their council positions. They are joined by John G. Edwards V, who is returning for a third term after a two-year absence, and Dennis J. Milbourne, the only newcomer to the group.

deMedeiros and Burk will continue in their roles as council president and vice president, respectively, following an attempt by Perry to upset the status quo.

A nomination for deMedeiros was on the table when Perry nominated John Edwards, who was the top vote-getter in the election, as president. However, in a 5-2 roll call vote, deMedeiros prevailed, with only Perry and John Edwards voting in favor of the leadership change.

Perry then tried again, nominating John Edwards for the position of vice president, after deMedeiros had nominated Burk. The roll call vote mirrored the previous one, with five councilors rejecting the change and voting in favor of Burk.